If you’ve ever worked in a business or organization with 100 people or more, there’s probably an “IT guy/girl” or an entire IT department. As part of the IT department, there’s a person or a team dedicated to keeping the PCs, 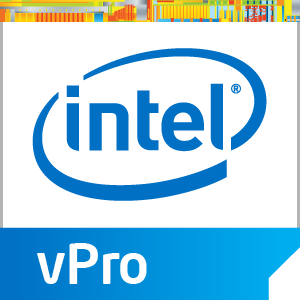 tablets, and phones running.  When you ask end users what they think about the “client IT” group you’ll hear some pretty negative things about “them”.  At this year’s Intel Developer Forum (IDF), Intel will deliver a new set of business PC form factors, features and technologies that I believe could improve this dynamic tension between the end users and client IT. With Intel’s latest vPro technologies, the end users, for the first time in their lives, may literally hug the IT guy when he walks in with a beautiful 2-in-1, and it has all the security and manageability that he wants too.

If you’re a typical business end user with a business-grade notebook and haven’t upgraded, it’s probably around 4 years old with Windows 7 or Windows XP on it and if you are lucky, you’ll get about 2.5 hours of battery life on it.  The notebook is probably really thick, chunky, and compared to today’s notebooks, ugly.

Imagine the end user’s reaction when the “IT guy” walks into their cube and drops off a sexy new 2-in-1 to replace the old boat anchor. Based on some figures from Intel that seem reasonable to me, that new 2-in-1 likely is 50% thinner, 50% lighter, 2X the software performance, 3X longer battery life, and wake up out of sleep 8X faster.  As an adder, if it’s using Intel’s latest SSD (Pro 1500), Intel says that they can improve SSD encryption reads/writes by 2X. This makes sense to me as the hardware crypto engine is on the SSD itself. I can relate to this one as all the corporate images I have used were ridiculously slow due in part to slow decryption.

The end user gets all those goodies above and they get a 2-in-1 form factor which serves primarily as a notebook, secondarily be used as a tablet. For me, 2-in-1s have revolutionized the way I do work and I am sure others, once they get their hands on them, will say the same.  So what else does vPro bring to the table?

Odds are that if you work in any reasonable-sized organization you have a ridiculous amount of passwords. If you peruse the typical work cube or remote offices, you see passwords written on sticky pads “hidden” under keyboards, onto lamp stands, on the cork board and sometimes on the bottom of the notebook.  Many users have a password to unlock their hard drive, a Windows password and a VPN password. vPro is trying to help with this password nightmare.

With the latest vPro technology, business users can a have password-free hard drive lock and password-free VPN experience but still with a high-degree of security.  The password-free hard drive lock securely works as the technology “sniffs” to see if it’s on a corporate network. If it’s on the corporate network, the system doesn’t need a password. For VPN, instead of having a keycard or a password fob, the keys are stored in firmware.  I remember how annoyed I would be when traveling overseas when I realized I had forgotten that key fob back at home. I had to make a call to corporate IT thousands of miles away, validate I am who I said I was every timeI wanted to sync email.

Why Can’t I Connect To That Projector?!?!

In conference room meetings I’ve attended over the years, there were typically two “jokes” that preceded a meeting, and they were all about why the high-tech industry couldn’t solve meeting issues.  The first was angst over connecting to a videoconferencing service, the second was about connecting to the projector to display a presentation of some sort.  Decades after business projectors were introduced, why is it still so hard to connect to a PC to a projector? And what if I lose that VGA, DVI, HDMI, or Displayport adapter right before I’m going to present to the board of directors?

With the “Intel Pro Wireless Display for Business”, Intel hopes to remove all the wires, connectors, and display mismatch headaches related to presenting on a projector.  The presenter runs a Windows app, sees all the projectors in the room, selects the one they want to use, they look at the app to validate what is about to be presented , then press “share”.  Removed is the fumbling with dongles and unreliable physical connections, the kludgy “Windows key-P” keystrokes, and the resolution mismatches.  Intel hopes that adapters will be in the market from $<$100 for older projectors.

Video conferencing is great….. as long as your connection is good, and business video communications needs to be better than consumer grade services.  If you are a businessperson who travels on the road or someone who has unreliable bandwidth, you know what I’m talking about.

Intel wants to help fix this problem, too.  With Tencent and ooVoo, Intel has added optimizations that are estimated by Intel to double video-conferencing quality at the same bandwidth.  Intel is doing this by leveraging their monster video encoding engine, called Quick Sync, which they have dedicated a lot of resources to (and die space).

Intel’s vPro has been in the market for a very long time, but historically, most, if not all of the benefits were for the corporate client IT group, not the end user.  The business end users, supported by client IT, rarely appreciated the services the group provided. This could very well change with the latest version of Intel’s vPro.  With Intel vPro, the client IT group can provide a sexy 2-in-1 that has a tremendous increases in performance and battery life, as well as reducing passwords, easier projector connections, and better video conferencing over slower connections.  This could be the first time the business end user hugs the IT guy.