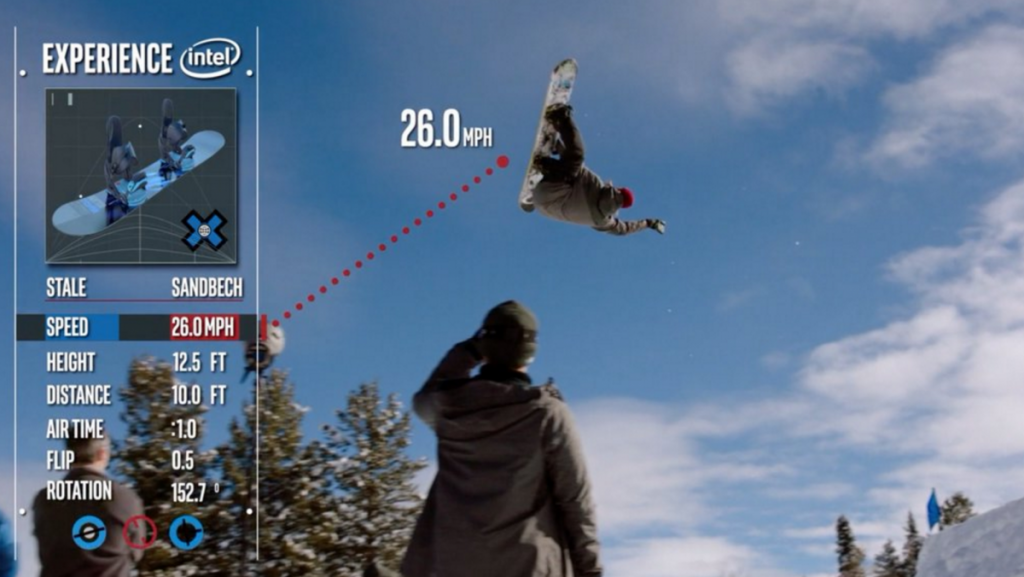 Intel was all over the X-Games (Photo Credit: X-Games)

You may have noticed this weekend that Intel was all over the X-Games. You couldn’t turn on the TV, web video or Twitter without seeing the company on and around the X-Games.  Intel’s love affair with sports started when Brian Krzanich took the reigns as Intel’s CEO and has been amplified at nearly corporate event since. Krzanich has had a BMX bike soar over his head a few times at CES which to me is a physical embodiment of just how committed Intel’s CEO is to changing the company’s perception. At this year’s CES, Intel devoted a lot of time to their latest technologies and how they enable four key experience areas: sports, health and wellness, creativity and what they’re calling the “human experience”. In fact, Intel has been spending these past few CESs and IDFs (Intel Developer Show) showing how the company is diversifying its computing capabilities and platforms beyond just PC. What we’re seeing at Intel is part brand campaign to improve its perception amongst millennials, but ultimately to get younger developers to choose Intel for their IoT projects without hurting their brand in PCs and datacenter.

IoT: making up for mobile

As Intel has said on numerous occasions, they “missed” the mobile market entry window and have been over-investing ever since. They don’t want to miss the window on IoT. Even though most all of Intel’s profits comes from their datacenter and PC chip and platform franchises, the company is making major investments in its IoT (internet of things) offerings which as end points include the company’s low power Curie modules with Quark processors inside. Intel drove these processors into many big-brand fitness and sports applications as modules and or wearables that allow athletes to gather more information about their exercise and to improve using big-data analytics. Now let me talk about what Intel is doing.

At CES 2016, Intel showed off some interesting new technologies as well as major announcements. One of the biggest announcements Intel made at CES was the partnership with the X-Games which just happened this past weekend. At the X-Games, Intel helped measure real-time data of Men’s Snowboard Slopestyle and Men’s Snowboard Big Air events, giving unique real-time data with Curie modules measuring things like speed, air time and height. This gives both the riders and the viewers more data than ever before and make the X-Games experience more modern and data-driven than ever before. Oh, and every time you saw the real-time stats, you saw that it was brought to you by Intel. 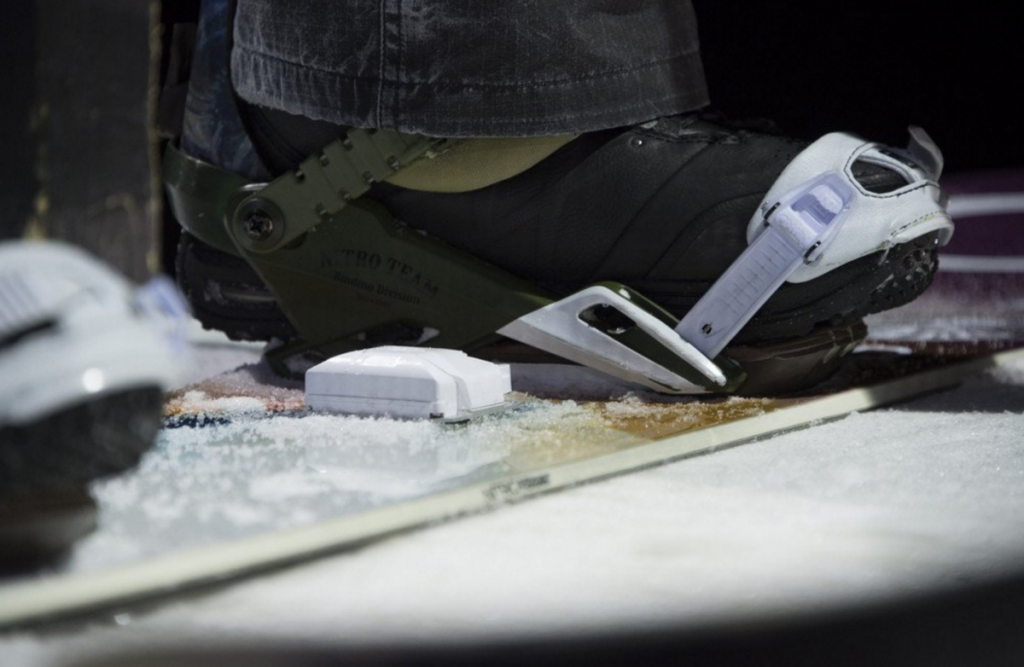 Intel’s Curie module on an X-Games board (Photo credit: Intel)

In addition to the X-Games partnership, Intel also announced a new partnership with Red Bull Media House. This relationship should help Red Bull and all of their various sponsored athletes the ability to collect tons of valuable data about their performance. And because Red Bull Media Group is one of the leaders in implementing new technologies in sports, it is not much of a stretch to see them using Curie technology in ways that enhance the viewing experience as well. Imagine a space-walk in virtual reality. That would be cool.

The Curie modules used in these extreme sports scenarios include a low-power 32-bit Intel Quark micro-controller, 384KB flash memory and 80KB of SRAM. It also has a low-power DSP sensor hub with what Intel is calling “proprietary pattern matching.” For connectivity, it is using Bluetooth Low Energy (BLE), which helps give it long battery life and the ability to share data. It also has a 6-axis combo sensor with accelerometer and gyroscope, something you would expect to be standard for tracking someone’s movement. Last but not least, it also has a PMIC for battery charging built into the Curie to enable smart charging capabilities.

In addition to the major sports announcements, Intel at CES also talked about some new wearable fitness technologies they helped build. Intel had three-time Ironman Champion Craig Alexander talk about the Oakley Radar Pace. The Oakley Radar Pace is essentially a wearable activity tracker and coach that is designed to track and train the user in real-time using voice activated commands and embedded computing. It monitors a user’s performance as they go along and provide feedback on their technique in order to improve their training in whichever sport they are competing in. Intel and Oakley did not give details about the internal components of the Radar Pace, but it will be available later this year.

Marketing and branding with a long-term point

Intel continues to push forward on its IoT strategy, products and marketing, giving us a better view into how Intel plans to place its chips in the ever growing world of wearables. Intel is using sports and exercise as its primary, visible entry into the wearable space, a sub-segment of IoT wearables. Let me be clear- these products don’t all have 100% Intel silicon inside, some have none, and if you are wondering about that, you could be missing the point. This very visible sports effort is a brand play with ties to some real products today with the objective to attract developers to use Intel Curie and data platforms for their future products. It’s also to look really cool to millennials who Intel believes it needs to attract for their future growth.

With their new partnerships with the X-Games and Red Bull Media Group Intel should also learn even more about what athletes and fitness junkies need at all levels. They already own Basis, which is a maker of some of the best wearable fitness trackers and heart rate sensors, but it appears clear that Intel wants to make further investments and improvements to their position in the wearable space. These investments may be how Intel plans to gather data about the human body and our capabilities to better understand how to better interpret and gather data. After all, if Intel can learn things in the most extreme conditions, pushing the human body to its absolute limits there’s no saying what they could do with data from day to day activities. Oh and there’s a lot of value in that.