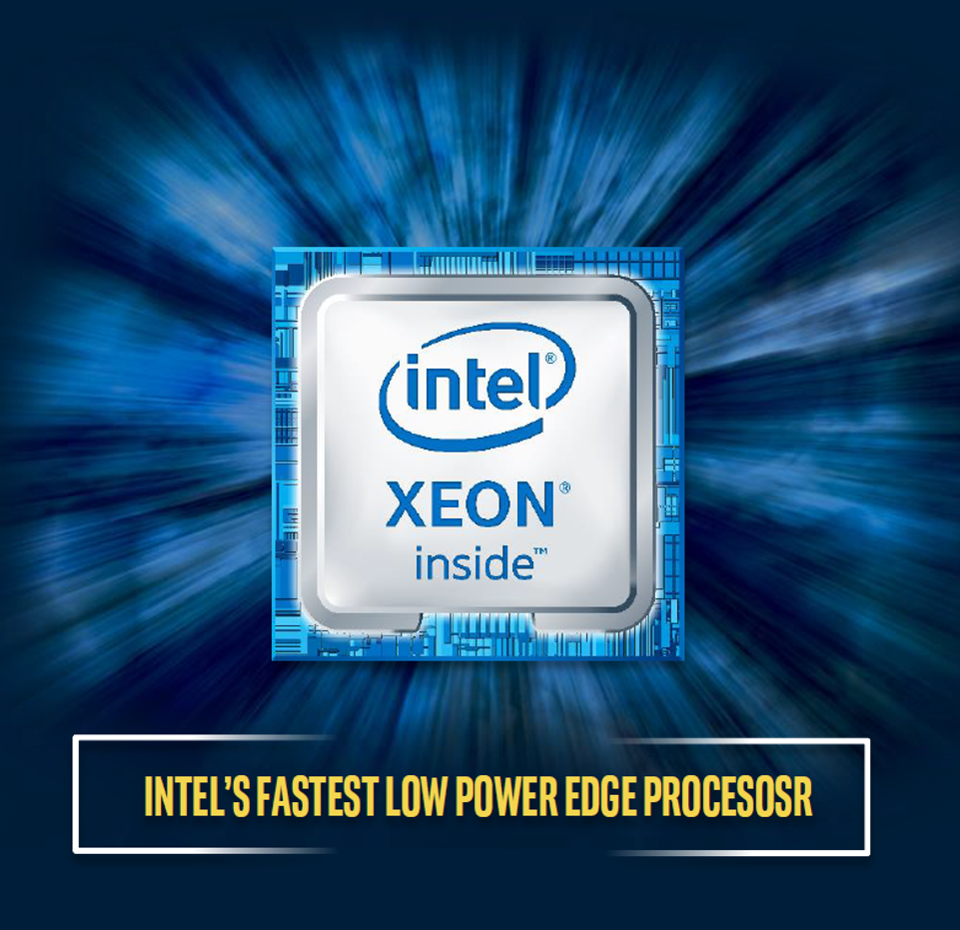 Xeon D is targeted at the edge

Last week, Intel announced its new Intel Xeon D-2100 processor family, a follow-up to the company’s Intel Xeon Scalable Platform launch last year (read my initial coverage here). The new offering is geared towards bringing many of the capabilities of Xeon Scalable Platform to edge computing and other workloads that necessitate power and performance density. Xeon D is a new part in a family of processors, including the Intel Xeon Scalable Processor and the Atom C3000 processor, which vary by raw performance, density, power draw, and price. I see this as a promising addition to Intel’s portfolio, and one that fills an important niche. Here’s my take on the part.

When the Xeon Scalable Platform was released mid-2017, I called it the company’s broadest datacenter and carrier play to date. Targeting workloads for enterprises, carriers, HPC, cloud, and AI, the launch marked a significant expansion of Intel’s datacenter efforts. The Xeon Scalable Processor promised on average a 1.65x performance increase over the previous generation of Xeon, and its comprehensive package of chip improvements, platform enhancements, accelerators, and software stacks targeted specific workloads, down to the silicon level. I wrote then that the Xeon Scalable Processors gave Intel growth potential in areas it has historically struggled in, while simultaneously allowing the company to defend its CPU turf. Flash forward to now, and it looks like the new processors are doing pretty well—Intel is seeing double-digit growth in its datacenter group, driven by Xeon Scalable chips, with 20% YoY growth in Q4 2017 versus Q4 2016. Sure some of this was pent-up cloud demand, but even a 10% bump would have been respectable.

This brings us to Xeon D. The edge compute market is one of the fastest growing in the industry. With the proliferation of smartphones, smart cars, and drones, the approximately 10 billion current IoT end points are creating an incredible amount of data—and it is growing exponentially. This data needs to be processed either in the device, gateway, “distributed core,” or the traditional or cloud datacenter. When responsiveness and security are key, the data is best processed as close to the source as possible—hence, edge compute. Carriers, enterprises, and CSPs are completely overhauling their networks to address this data explosion, and with Xeon D, Intel is trying to get a piece of the action. With Xeon D, Intel is intending to serve the growing edge compute market but also replace older MIPS and PowerPC installs.

Xeon-D is optimized for “edge applications.” I’m not talking about smartphones or drones, but rather the dense servers that process all that data at the edge of the network, outside of the traditional datacenter. Think carriers processing data from 5G and enterprise apps through SD-WANs, CSPs delivering video from the edge, and all customers offering warm (versus hot and cold) storage. Think of smart factories, smart retail. There’s a lot of potential here.
The tech
The Intel Xeon D-2100 isn’t technically an SOC, but rather a system on a package. In the end, no one cares as long as the power, performance, package size and price are right—but I still have to call that out. The Xeon D-2100 boasts an entire host of integrated capabilities—hardware-enhanced virtualization, quad-port 10 Gigabit Ethernet, 16 SATA ports, Intel Advanced Vector Extensions 512, and Intel’s patented QuickAssist Technology (QAT). Intel says that this increased QAT performance improves the offloading of task-bound cycles, and allows for more CPU headroom for intensive applications and service delivery. Other features include Intel Data Direct I/O (which promises to improve packet performance and efficiency at the edge) and the same Intel Mesh architecture found in the Intel Xeon Scalable processors, which the company says will deliver predictable performance and latency and reduce complexity for customers who have previous experience with Intel Xeon Scalable platforms.

Intel announced a bunch of Xeon D-2100’s host of launch-day partners—Dell EMC, Ericsson, F5, NEC, NetApp, Palo Alto Net, and Supermicro. This says a lot about the industry’s confidence in the platform and includes who you might expect.  To me, notable exclusions from the list were Hewlett Packard Enterprise and Huawei, both who play strong at the edge. One might also wonder how Lenovo fits into the picture, but it isn’t really playing aggressively on the edge yet.

All in all, the Xeon D-2100 looks to be a great follow-up to the Xeon Scalable Platform launch, hitting many of the right notes to be attractive to those playing in the growing edge compute market and other power and performance-dense workload environments. Intel continues to broaden and diversify its reach and edge compute is a growth market for Intel—I look forward to seeing how the D-2100 lands with CSP, carriers, and enterprises in the coming months.