At Computex 2017, Intel made a series of major announcements regarding their latest high-end processor offerings. This included the introduction of a new X-series of processors which are designed to be the company’s high-end performance platform for power users and prosumers. The creation of the X-Series comes as Intel starts to feel heat from the competition from Advanced Micro Devices’ Ryzen CPUs and upcoming 16-core THREADRIPPER desktop chip. I wrote about THREADRIPPER here. Advanced Micro Devices ’ strategy has been to go directly after Intel’s high-end performance desktop platform first and what we see from X-Series is the first processor Intel has released that reflects the new competitive reality.  The new X-series processor family, code-named Basin Falls, represents an entirely new approach from Intel to addressing the high-end of the desktop computing market and will make Intel loyalists very, very happy. 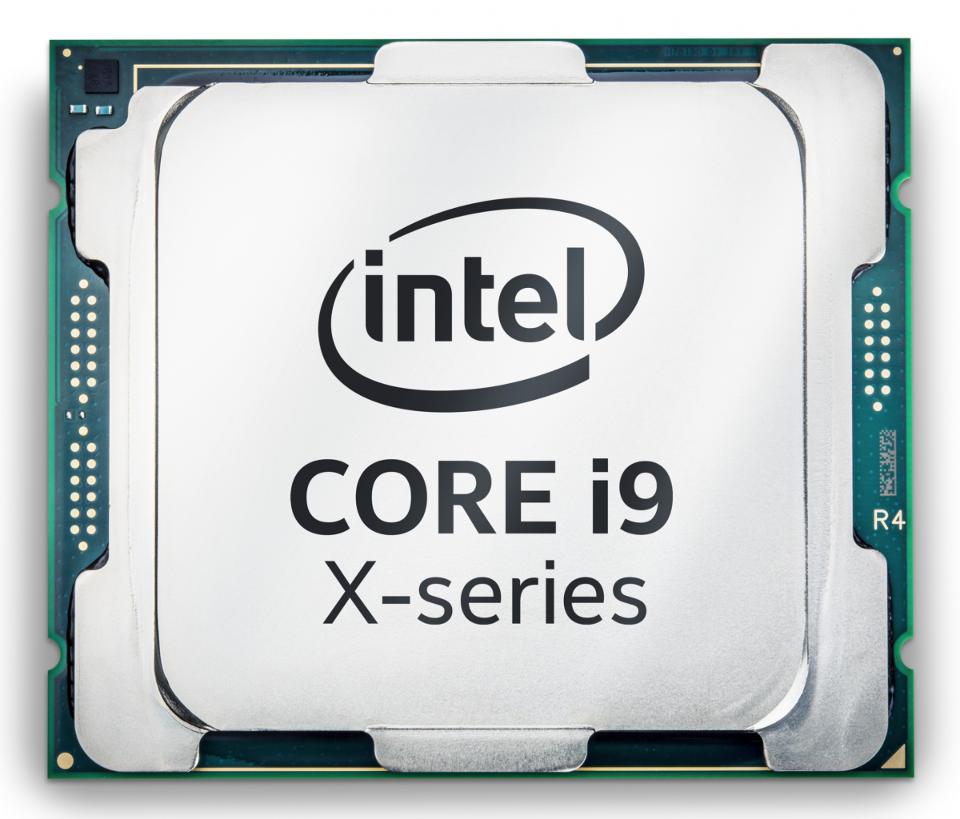 With the new X-Series of processors from Intel, the company creates a clearer differentiation from their mainstream desktop Core series processors. However, within the X-series of processors, Intel still uses Core i5 and i7 as denotation of different performance classes. In addition to the i5 and i7, Intel is also introducing a new Core i9 class of chips that bring an entirely new level of performance never seen on Intel processors before. Additionally, Intel still grants these processors the same numbering scheme as previous processors, making it easy to tell by number which processor should be faster.

These new processors are based on the Skylake and Kaby Lake architectures with all of them utilizing the new LGA 2066 socket, making compatibility across the X-series very simple. Intel will be offering these new X-series processors in core counts ranging from 4 to 18, yes 18 cores, which translates to 36 threads. The only processors that aren’t Skylake-X are the two quad-core X-series chips, the Intel Core i5-7640X and Core i7-7740X. The rest of Intel’s new X-series support quad channel memory and the new Turbo Boost Max 3.0 technology on more than four cores and are marketed as Core i7 or Core i9. From what I have been briefed about Turbo Max 3.0, it sounds great in that now two cores, not just one, can be optimized. I can’t wait to try it out myself.

Intel is leading their new X-series processors with the 18-core, 36-thread CPU beast capable of Teraflop of performance, the Core i9-7980XE. The company is touting it as the ultimate in high-performance processors for high-end gaming, virtual reality and content creation. With that many cores and threads, this processor is also capable of extreme multi-tasking, which has also been coined as megatasking. It will be a 165W TDP chip paired with Intel’s new X299 motherboard chipset which together enable tons of bandwidth and connectivity. This powerful combination will allow for up to four channels of DDR4 2666 and 44 lanes of PCIe 3.0 and Intel Optane memory as well as up to eight SATA 3.0 ports, 10 USB 3.0 ports and up to three PCIe 3.0 x4 drives.

When I imagine a system with 36 CPU threads, 4 GPUs, quad-channel memory and Optane storage, I literally start to salivate. I need one. Why? I have no idea- I just do.

What makes Intel’s approach to the new X-Series interesting is that they have clearly listened to feedback from customers, analysts and the press after the previous Extreme Edition processor launch. That processor, the Core i7-6950X 10-core processor, sold for around $1,700 and was met with a lot of resistance from gamers and media even though Intel says the chip sold much better than expected. Some of that can be attributed to the fact that it was Intel’s first 10-core high-end processor and the fact that when users are spending $1,000 on a processor, they probably aren’t sensitive to $1,700 or $1,000. With the new Core X-series processors, Intel has done a much better job of spreading the pricing across core counts. The quad-core Core i5-7740X sells for $339 while the 6-core i7-7800X sells for $389 and the eight-core i7-7820X sells for $599. The ten-core Core i9-7900X sells for $999, which is about $700 less than the previous generation and with more performance. Intel also doesn’t abuse the higher core counts’ pricing structure either, offering the twelve-core 7920X for $1,199, the fourteen-core 7940X for $1,399, the sixteen-core 7960X for $1699 and the eighteen-core 7980XE for $1999. That means you get roughly 6 more, faster, cores for the same price as you did with the previous generation.

One application where I can see the use of these new astronomically-high core counts being useful is in processing video and doing final renders for 3D models or virtual effects. When it comes to processing video, you can never have too much ram or too many cores and the new X-series looks like it offers some of the best performance to those users. Also, as 360-video content continues to get pick-up in the film making community, rendering 8K and beyond 360-video content will be greatly accelerated by processors with high core and thread counts. These users will also be accompanied by the prosumers who like to run renders and other tasks while they use their PCs for regular tasks or gaming. Intel chose to mark all of the boxes of the X-series with VR ready logos, which is part of the company’s conscious effort to call out that their highest performance processors can all handle VR flawlessly.

Intel’s new X-series and i9 branding are a clear indication of Intel’s desire to move the goal posts for their competition. Many of AMD’s comparisons to premium-priced Intel processors used the company’s older Broadwell-E architecture and exploited some potential weaknesses. With these new X-series processors, Intel makes AMD’s job a bit harder in the enthusiast processor space. Intel even managed to one-up AMD in announced CPU core count, which I frankly wasn’t sure was even possible for a consumer desktop processor after only getting 10-cores last year. I’ll be interested to see if AMD responds to try and win max core count as it is easier for AMD as they use an MCM (multi chip module) which stitches together cores via Infinity Fabric with minimal if no performance loss. It finally looks like competition between Intel and AMD has started to pay dividends for consumers and is producing higher performance products faster than ever before.