For the longest time, the 802.11ad space, also known as WiGig by others, was a conglomeration of different 60 GHz Wi-Fi technologies. There have been many companies that have announced technologies utilizing 60 GHz Wi-Fi technologies including Intel, Nitero, Peraso, Qualcomm, Samsung Electronics and SiBEAM. Even though many of these companies are members of the Wireless Gigabit Alliance which has a certification process, there is still a certain level of proprietary technology that most of these companies don’t share with each other. However, today, Qualcomm and Intel, the two biggest leaders in 802.11ad 60 GHz Wi-Fi, have announced multi-gigabit interoperability between each other’s devices. 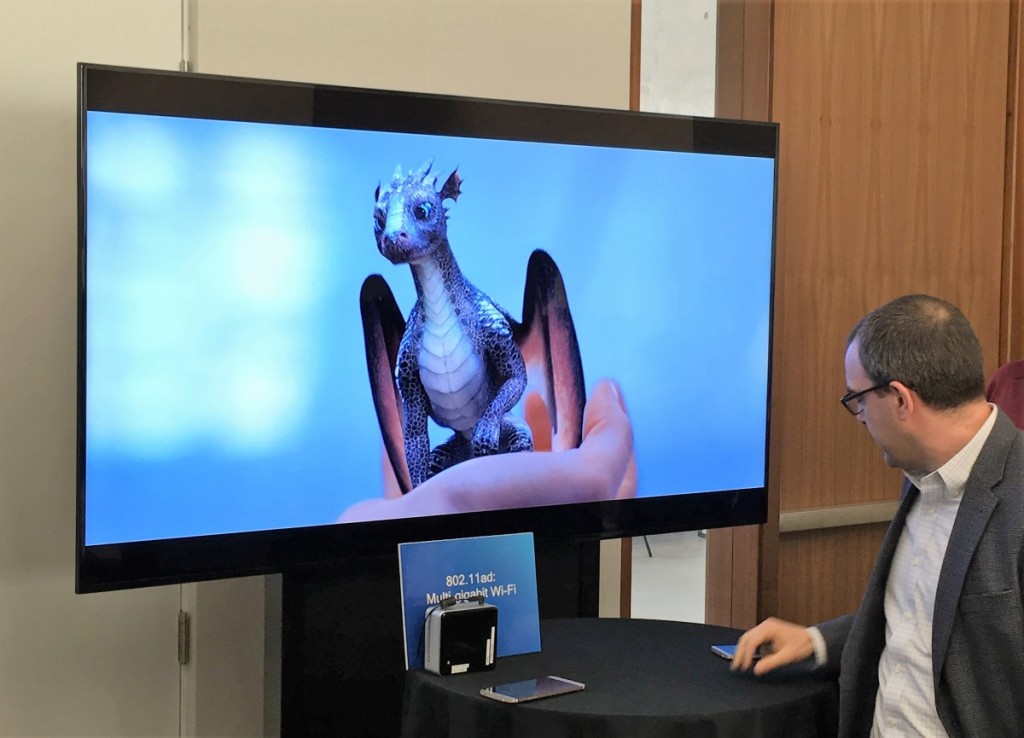 What makes this partnership all the more interesting is that Intel and Qualcomm have been at one another’s throats for many years in the smartphone space. This competition was not just limited to the smartphone space, as once Qualcomm bought Atheros they also became competitors in the Wi-Fi space. But the reality is that both companies realize the importance of making 802.11ad 60 GHz Wi-Fi an interoperable technology that can be considered reliable enough to be truly commercialized beyond a couple docking and display solutions. Intel and Qualcomm haven’t announced any new products that utilize WiGig as a result of this announcement, however there were a few announced at CES. Those announcements from Qualcomm included the LeTV Le Max Pro, which features Qualcomm’s Snapdragon 820 as well as a router from TP-Link and a laptop from Acer.

This announcement is probably the biggest announcement for Wi-Fi in 2016 because it finally means that 802.11ad 60 Ghz Wi-Fi can finally become a broadly available commercial technology. WiGig or 802.11ad is no longer a multitude of different Wi-Fi silos with each company creating their own vertical solutions. The reason why Intel and Qualcomm partnering together is such a big deal is because both Qualcomm and Intel own a significant market share of the Wi-Fi connectivity solutions today. Also, both companies have been the first to ship commercial WiGig solutions to their customers and can actually be used for wireless docking and streaming today.

With Intel and Qualcomm now working together to deliver interoperability, that means that Intel’s 60GHz WiGig in laptops and tablets can find its way onto a network with an access point utilizing Qualcomm’s 60 GHz 802.11ad. It also means that smartphones using Qualcomm’s 60 GHz Wi-Fi solution can communicate with docks or displays that utilize Intel’s 60 GHz 802.11ad Wi-Fi solution. And vice versa. Future solutions that utilize 60 GHz gigabit wireless like wireless displays, AR and VR headsets and other low latency high resolution solutions finally have the ability to exist outside of certain companies’ chipset silos. The breaking down of these different technology silos finally means that 802.11ad can stop being just a bunch of technology demos and narrowly commercialized solutions and become a broadly adopted consumer and enterprise solution.

Thanks Intel and Qualcomm for making this very good decision.