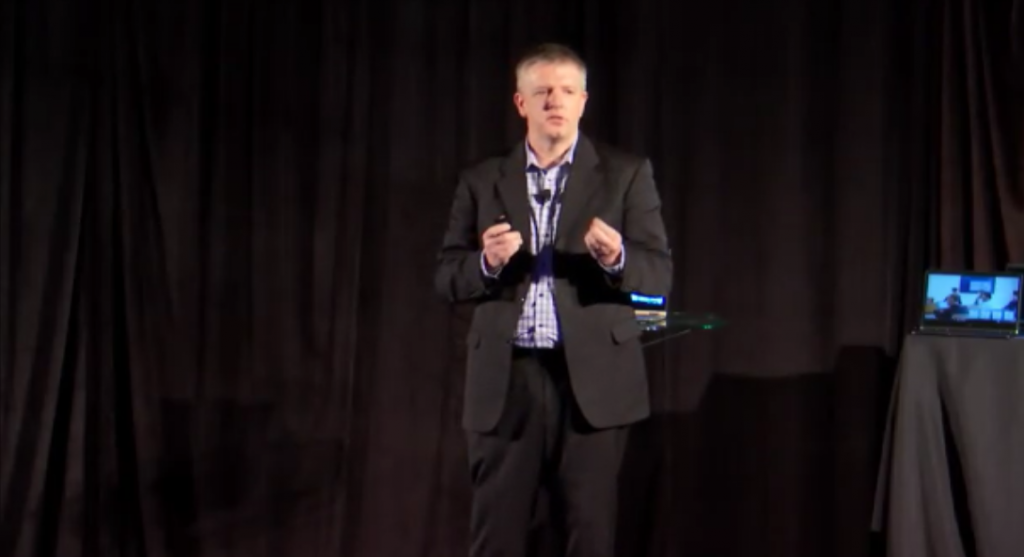 Last summer, Intel launched their 14nm, 6th Generation Core processors, code-named ‘Skylake’, alongside Microsoft’s new Windows 10 operating system. As things usually go in the enterprise world, the commercial 6th Generation of Intel’s Core vPro processors weren’t too far behind with increased security and manageability features included. We at Moor Insights have already talked extensively about some of the reasons businesses may want to to upgrade to Intel’s new Skylake family of processors. We also also wrote a new paper that covers new workplace trends and the performance improvements that technologies like Skylake delivers over systems they’re replacing from about 5 years ago, which we believe are of increasing importance to millennials.

The new 6th Generation Intel Core vPro processors announced today in a webcast and Intel says are “explicitly designed with the modern workforce and Windows 10 in mind”. I agree with that as it relates to PCs, for sure. Coincidentally (OK, not really), last week,  Microsoft released a blog detailing how closely they worked with Intel on Skylake to maximize the performance of Windows 10on Intel’s new platform. Microsoft goes into a lot of detail about business use cases for Windows and even mentions Intel’s Business Launch of Skylake, which is the 6th Generation vPro family. These new processors can be found in a multitude of very attractive new PCs including the new Lenovo X1 series, Dell Inspiron 7000 Series and HP’s (Hewlett-Packard) EliteBooks. These new notebooks bring a multitude of new features to the table beyond just being more attractive than the previous generations. They are almost all thinner, lighter, more powerful and in many cases have nicer displays too. When you compare these versus the clunkers that are installed in most businesses, particularly medium and large businesses, it is truly black and white.

There is also one important reason why these new systems with Intel’s new 6thGeneration Core vPro processors are so important to businesses and that’s security. With these new processors and Windows 10, there is much better support for seamless and holistic security that fixes many of the issues out there today. One of the aspects of this better and more seamless security platform is Intel’s “Authenticate” solution. Intel Authenticate is a hardware-based, multi-factor authentication (MFA) solution that hardens the users’ PC to make it more difficult for unauthorized users to gain access. Intel Authenticate is designed to confirm the identity of a user by using a combination of up to three hardened factors at the same time.

Intel likes to use three phrases to represent these three different potential factors. They say that these factors are made of something you know,something you have and something you are. This means combining something like a personal PIN number that you might know with something you might have like a smartphone and something that you are like a fingerprint or a facial image. IT administrators can decide how many and which factors are required for a user to authenticate with their PC and allows companies to move away from the inherently insecure password. Intel Authenticate is not limited to Microsoft Windows 10 only as it will also work on Windows 7 and Windows 8 systems as well, but the fastest and most secure solution is without a doubt Windows 10. Intel is making Authenticate available to more than Windows 10 users because they understand that some companies would like to get the benefits of Skylake but their software simply may not allow them to upgrade to Windows 10 just yet. While I’d like to see enterprises move more quickly to Windows 10 and believe enterprises need to be more nimble and quicker, the reality is that some of them may not be able to as quickly due to homegrown and mis-behaved applications.

The company is also introducing updates to their Intel Unite collaboration platform which the company introduced last year. I wrote extensively about Intel Unite, have personally used it, and its purpose in the workplace and simplifying the meeting experience for small, medium and large businesses. With the update to Intel Unite, Intel is expanding display capabilities thanks to the added graphical capability of the Skylake processors and their added performance. This means being able to share applications on screen as well as add extended display. There is also a built-in auto disconnect feature that has been added as well. I haven’t used it yet, but I hope it  helps make an already pretty good user experience with Intel Unite even better. I’m also hoping we will see broader adoption as a way to improve meeting setup and interactions. Intel Unite currently supports collaboration across both Microsoft Lync and Skype for Business video conferencing services and would love to see on something like Google Hangouts.

Overall, Intel is announcing a pretty strong family of processors that offer a good set of reasons for companies to upgrade their current crop of business PCs. Compared to the 5 year old clunkers in the installed base, the new 6thGeneration Intel Core vPro family of processors can enable a better experience for users with easier access and higher performance, while also enabling the highest levels of security the company has ever offered with Intel Authenticate. Many companies are simply unaware of how much added productivity they are missing out on while also being more vulnerable to the onslaught of hackers that continue to break into companies on a daily basis. These attacks are no longer just about losing sensitive data, but also costing companies hundreds of millions of dollars and certain CIOs and CEOs their jobs. Security on users’ PCs in the enterprise has become a much more serious topic and I believe Intel is helping their partners address that concern with these new processors and security features.

Later this week, we will be publishing a paper on security. Stay tuned.