For nearly 25 years, I have been analyzing Hewlett-Packard as a former competitor, former supplier and now industry analyst. Hewlett-Packard has been known for years as an innovator, one of the first relevant tech companies that created what is now known as Silicon Valley. That innovator status was questioned about mid-stream into former Mark Hurd’s CEO tenure as he cut back on R&D. As Meg Whitman entered the scene, she made it clear that innovation was a top priority to not only execute on, but to get credit on it as well.

Two recent announcements by the HP Inc. side of the house that exemplify this innovation focus well are their Multi Jet Fusion technology and the other is Sprout. I had the chance to spend some time at HP Labs meeting with engineers and executives before the launch and want to share some thoughts on the two new products.

3D printing up to this point has forked into two distinct markets, consumer-focused, maker printers and commercial-grade printers used for making prototypes. You may recognize printer brands like MakerBot but probably none of the industrial 3D printers from companies like Stratasys Ltd.

Hewlett-Packard has been working on 3D printers since 2007 and from my point of view, are taking a long-term approach to the market. I’m sure they could have released something earlier, but they’re really reaching high, focused on the fastest throughput, high quality parts, with the lowest TCO and working with partners on 3D “ink”. You see, they aren’t satisfied with doing 3D prototypes, they want to fundamentally shift the way manufacturing is done. And that’s a really big deal and a very lofty goal. 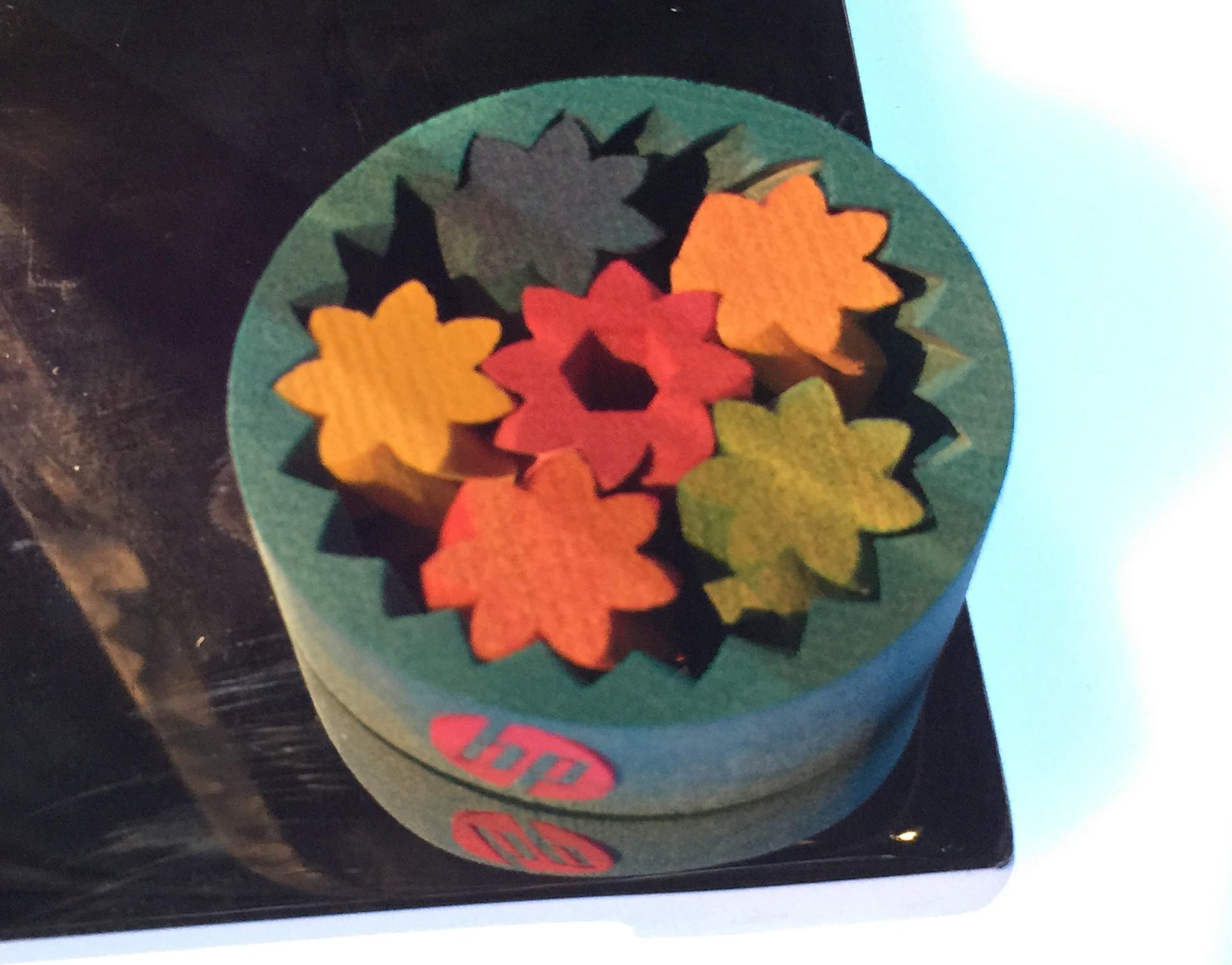 But you can’t remake manufacturing quickly as it took 100′s of years for society to get to where we are, but HP’s first at bat in 3D printers is nothing short of impressive. So how is HP doing compared to their goals?

From my point of view, if HP can flawlessly execute over the next 18 months, they will be in the position to reshape and maybe even own the centralized enterprise and service bureau 3D printing market. Oh and do it with R&D used on their ink printers. Now that’s innovative.

The next new innovation from HP Inc. I want to talk about it Sprout, which I also got to see and use at HP Labs before their launch. The best way to describe Sprout is a next-generation PC that melds physical reality with digital 3D. HP is targeting what it calls, “the maker in all of us”, what some may consider “the creative types”. Don’t think of “makers” making robots out of Arduino boards, but rather a broad thought around people who love to be creative.

Sprout uses a sophisticated 3D camera system co-developed by HP and Intel (think Intel RealSense Technology) to sucks real-life objects and documents into the system so you can work on them immediately afterward. Consumers work on either the vertical display or on the display mat which is projected from an overhead projector. 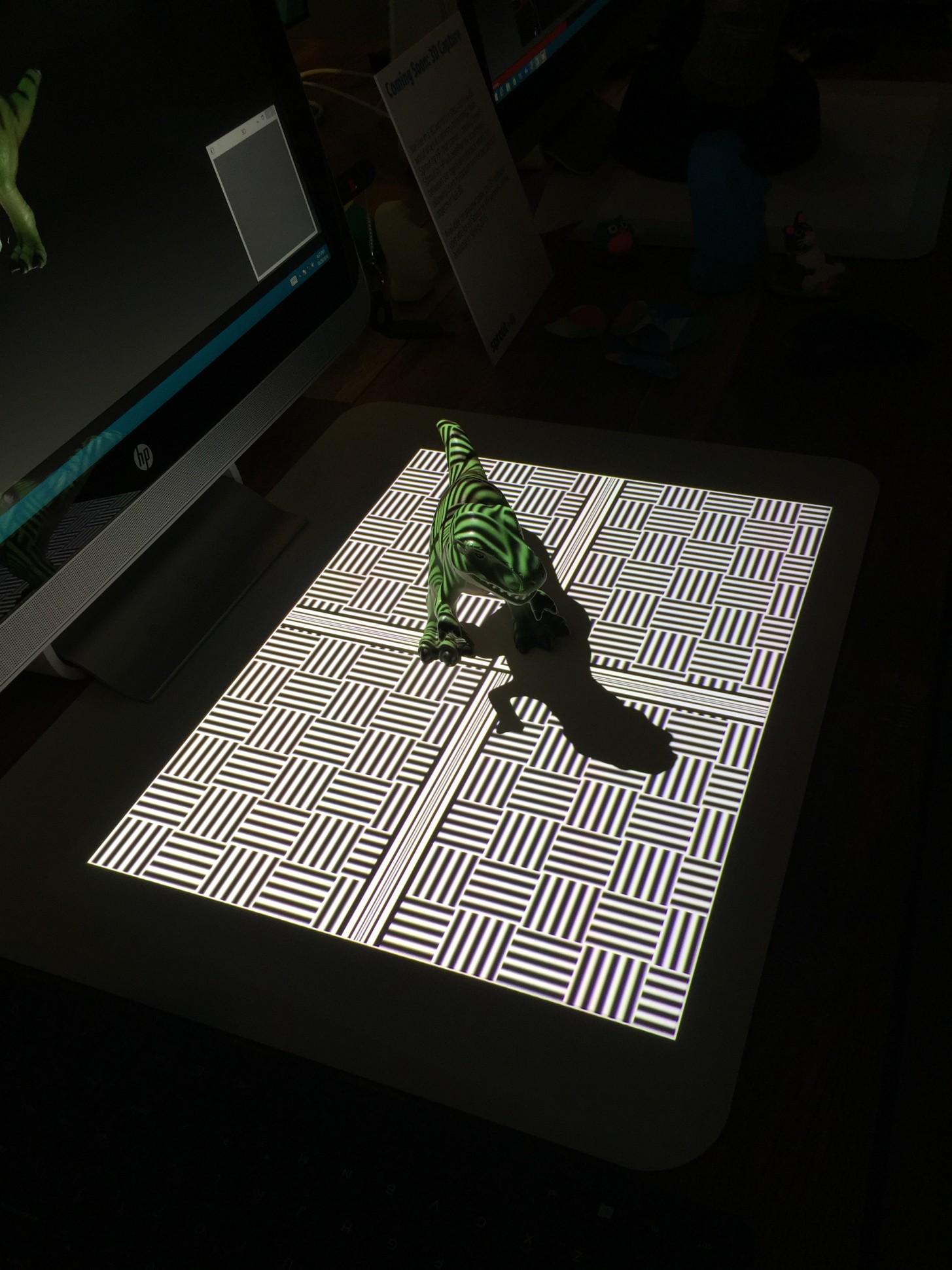 My first thought as I was using it was how my personal nightmare of kid’s projects could go away. Have that science project to do where you would normally collect 10 different plants, glue them to a poster board, and surround it with pictures and smart things to say about it? How about if I just instead lay those object down on the mat, suck them all into Sprout, move them wherever I want and at any size and then print it off at Kinko’s? You get the idea.

Sprout will take some learning, like how to use two working surfaces, a vertical and planar surface, but I think HP learned a lot from the early TouchSmart days. TouchSmart was very innovative, but HP didn’t tightly control the retailing or support as much as they could have, something they’re doing quite differently. Sprout distribution is limited for now and has its own retail end cap with a fully trained HP contractor to help, and buyers get accelerated service if they have an urgent question. That’s smart as HP is focused on getting the buying and using experience “right” before they go broad.

I have to admit, for a while I was a bit concerned that HP was only concerned with the mass consumer market versus attempting to create and drive new usage models. But with Sprout, HP is doing just that and it’s the most innovative consumer PC HP has introduced since the TouchSmart introduced in 2007. I’m looking forward to using one in my home and if I do, I will tell you about my experiences.

There’s no doubt that HP planned the launch of 3D printing Multi Jet Fusion Technology and Sprout to coincide with the company’s announcement to split the company. But that shouldn’t take away from some of the biggest innovations that came out of the company to be called “HP Inc.” in nearly a decade. Meg Whitman promised to reinvigorate innovation and based on many of the recent enterprise, PC and printer announcements, she has delivered.