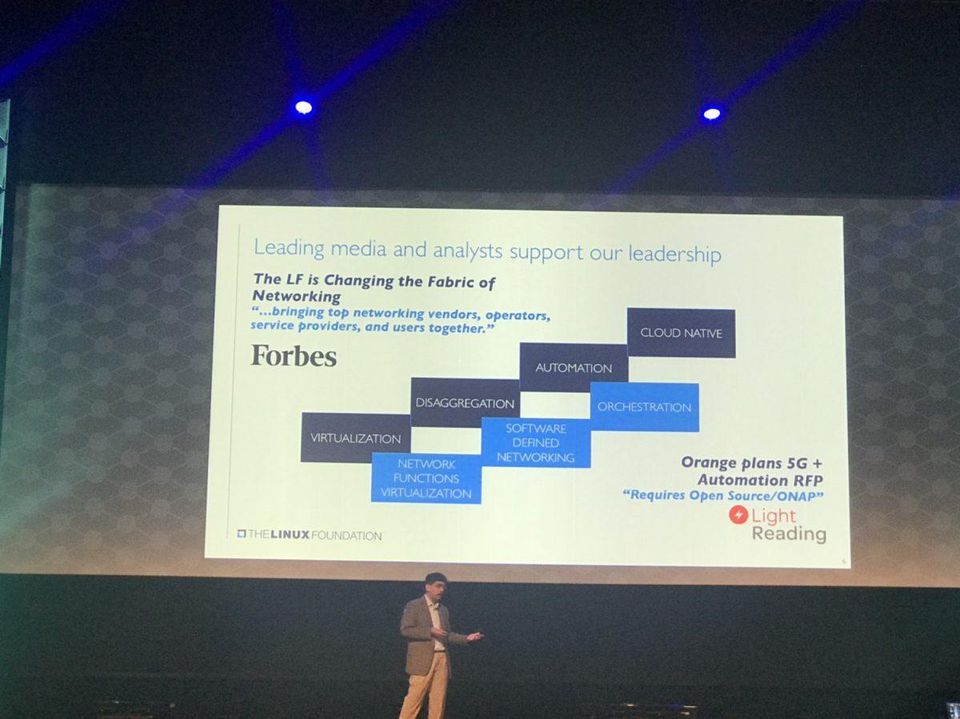 In the past several weeks, I attended both the Open Networking Summit (ONS) Europe and the Data Plane Development Kit (DPDK) Userspace event in Dublin. Both were very different events. ONS showcased many of the dozen or so networking projects hosted by the Linux Foundation. DPDK happens to be one of those projects, and its Userspace event catered to its development community. I gained tremendous insight into the underpinnings of open source at both events and would like to share my perspectives.

ONS took place in the beautiful city of Amsterdam, and the Linux Foundation’s General Manager of Networking, Arpit Joshipura, kicked off the event. He framed his narrative around one of my prior Forbes articles, which you can find here if interested. He made the intriguing point that while the networking industry is 140 years old, it has undergone its most innovative period in the last several years. I have to agree—we’ve witnessed the rise of software-defined networking (SDN), cloud and edge deployment, and the much-ballyhooed introduction of artificial intelligence (AI) aimed at making networks smarter, self-healing, and more autonomous. Credit these breakthroughs for the growing momentum behind intent-based networking, from the likes of Cisco Systems  and other networking solution providers.

How much has open source impacted the transformation of modern networking? The Linux Foundation claimed at ONS that nearly ¾ of companies across the technology, telecom, and banking/financial services sectors currently rely on open source to run their daily businesses. Case in point: I was surprised to learn in one breakout that IBM  is an open source leader. In fact, CEO Ginni Rometty mandates an open source project in every business unit. Open source is lauded for its speed of deployment. This is enabled by its broad development community and its ability to reduce both capital expenditures (CapEx), with industry standard infrastructure, and operational expense (OpEx), through its automation, orchestration, and provisioning capabilities. The benefits have been tremendous. True multi-vendor operability is now at the forefront and “open API/API first” is the new networking mantra. The Linux Foundation claims it has fostered over half a billion dollars in shared innovation as a result. It’s hard to dispute that—its marquis company participation includes the top 10 networking solution providers globally.

I had the opportunity to meet one-on-one with not only Joshipura but also Linux Foundation executives Heather Kirksey (who leads community and ecosystem) and Phil Robb (who leads project collaboration). My biggest takeaway from both sessions was that open source has the ability to draw fiercely competitive companies together to foster innovation. That’s powerful and something I haven’t seen in my nearly 25 years of experience working in the technology industry for Dell , Hewlett-Packard , and others.

Say DPDK fast three times! It may not roll off the tongue, but this Linux Foundation open source project is fostering networking innovation across multiple CPU platforms. The secret sauce lies in data packet optimization. Simply put, DPDK is aimed at improving performance, delivering enhanced encryption for improved security, and optimizing lower latency applications that require lightning-fast response time. Intel initially incubated the effort, but has since handed the reins over to the Linux Foundation. Today, its governing board is a who’s who of networking global technology leadership, with representation from Intel, Arm, Cavium , Ericsson , AT&T , Red Hat, Mellanox, and Huawei, among others.

For any user group, the proof is in participation. DPDK has grown its developer community steadily over the last four years. From my perspective, I attribute the project’s momentum to the passion of its board and the ability for developers to make a real impact. It’s no secret that device connectivity on both enterprise and cellular networks is growing at an exponential rate, along with the explosion of video content consumption. Considering this, DPDK will likely have a substantive impact on the future of networking.

I spent considerable time at these events with the Linux Foundation, as well as corporate leaders and developers in the open source community. I’m impressed with their level of passion, vision, brainpower, and willingness to collaborate despite the traditional competitiveness of the technology industry. This unique collective proves that the power of community can drive innovation for the sake of an entire industry segment. I look forward to seeing what disruption open source brings to not only networking but other technology areas.