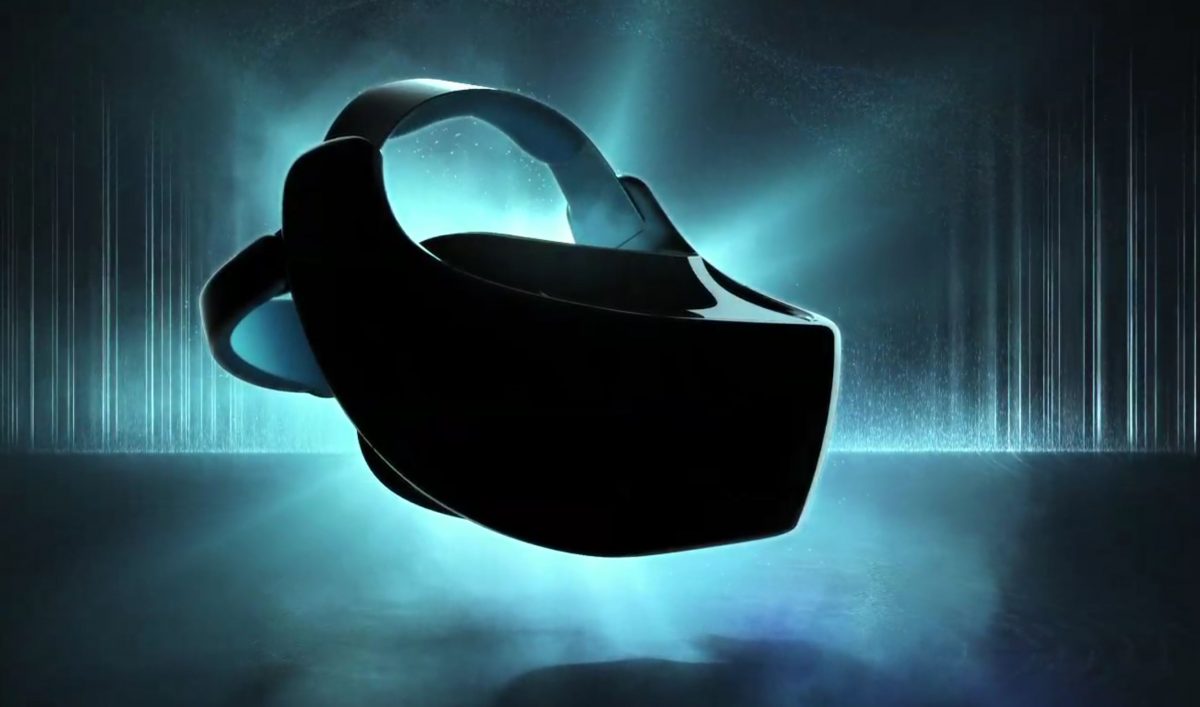 VR is not dead. VR is not dying. VR is very much alive according to IDC’s numbers.

Apple’s WWDC 2017 keynote made that abundantly clear with their announcement of support for external Metal graphics, HTC Vive, SteamVR and Metal VR. The VR market is only starting and now that all the biggest players in the tech space are engaged including Apple we can consider it a complete market. 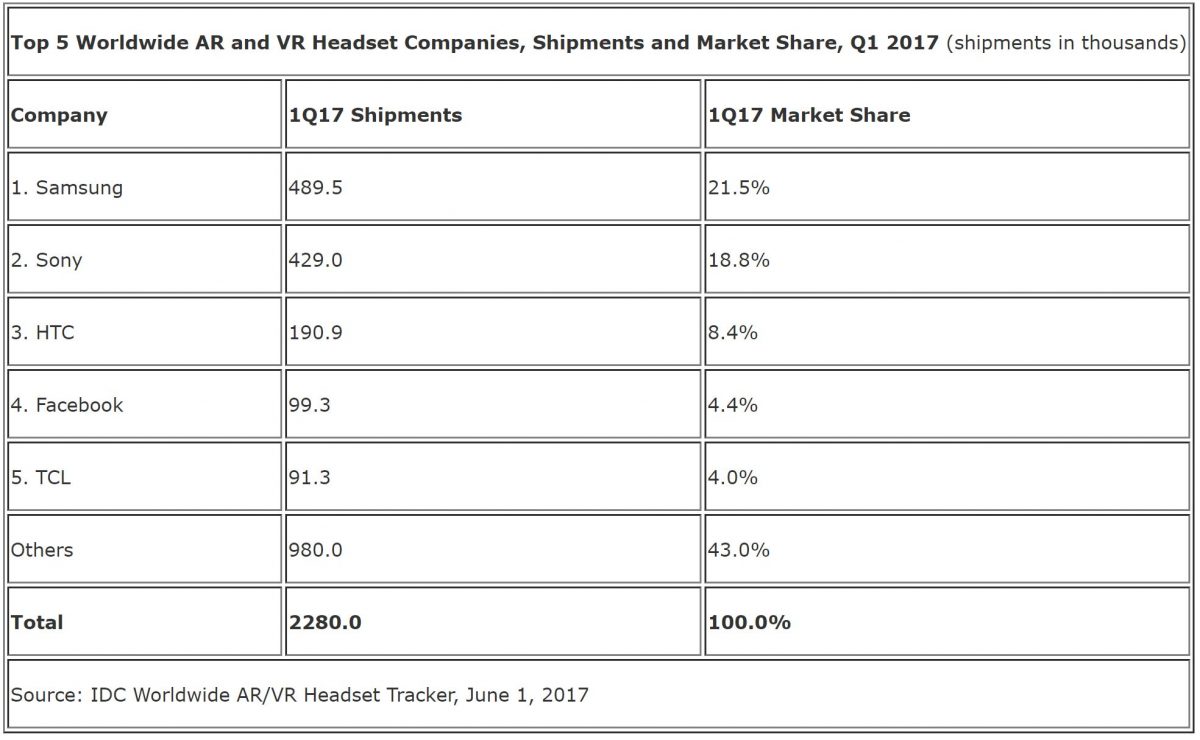 In terms of market share, Samsung leads the charge with Gear VR with 489,500 Gear VR shipments which translates to a market share of 21.5%. I would expect this number to grow significantly as the Galaxy S8 launched in Q2 and many of the devices purchased at launch will come bundled with a Gear VR headset.

Not far behind Samsung is Sony with 429,000 units shipped in Q1 which represents a market share of 18.8%. Sony’s market share numbers are impressive because the headset is $399, about four times as expensive as the Gear VR headset that is bundled with Samsung’s phones. While it will be hard to see what Q2 numbers will be like compared to last year, I expect that Q3 and Q4 numbers will be strong thanks to Sony’s expected E3 announcements for PSVR. Sony is struggling to keep up with demand, which is a good thing for the market overall, and hopefully this trend will continue through the year.

In 3rd place after Samsung and Sony was HTC with the HTC Vive. The HTC Vive shipped a surprising 190,000 units in Q1 2017 which is higher than many would have expected, in the slowest consumer quarter of the year and the fourth full quarter of sales for the VR headset. These numbers put the HTC Vive solidly head of the Oculus Rift in terms of PC VR headset shipments, with over 600,000 HTC Vive units shipped in the first year of the Vive’s existence when combined with SuperData’s 2016 numbers. While we don’t have complete PC market share numbers at this point, it’s fair to say that HTC without a doubt has the majority. Among all headsets, the HTC Vive shipments of 190,000 units translates to 8.4% market share. All of this while HTC has, with a few short sale exceptions, kept the price of the headset at the launch price of $799 the whole year.

In a distant 4th place was Facebook’s Oculus Rift headset with shipments of under 100,000 units, or 99,300 units and a market share of 4.4%. Even though this represents lower shipments than the competition, it still represents growth with only 240,000 units being shipped in the previous 3 quarters of the Oculus Rift being available. This would put the Oculus Rift at around 340,000 units shipped globally for Facebook’s Oculus. Being able to accelerate shipments in Q1 a traditionally slower consumer quarter would likely indicate increased interest in VR and the Oculus Rift. One main reason for the Rift’s shipment increases could be because Oculus introduced their Touch controllers at the end of Q4 that allowed for full immersion in VR. I expect that we will see Q2 shipments accelerate with the announcement of a bundle and aggressive pricing where the headset alone now only costs $499 and the bundle for headset and controllers is $599.

If you count the full year of HTC Vive and Rift sales, the two platforms have shipped around 1 million units. For the market as IDC defines it, there were 10 million headsets shipped during the same period that the HTC Vive and Facebook’s Oculus Rift have shipped. However, if you look at how IDC’s latest quarter tracked the data, 43% of VR and AR headset shipments were not represented by the top 5 players, Samsung, Sony, HTC, Facebook or TCL. None of these numbers really consider the expected uptake of standalone VR headsets which are expected to ship in volumes from companies like Google and HTC later this year. However, those numbers are expected to probably fall within ‘other’ or slightly boost certain companies’ VR shipments like HTC. These numbers don’t consider Apple’s involvement in AR and VR announced at WWDC 2017 which should further accelerate the growth of both headset sales and content creation. The Q1 2017 numbers are indicating that the VR and AR markets are quite healthy and that VR may not be growing at a breakneck pace, but it is growing healthily and steadily for a new market.