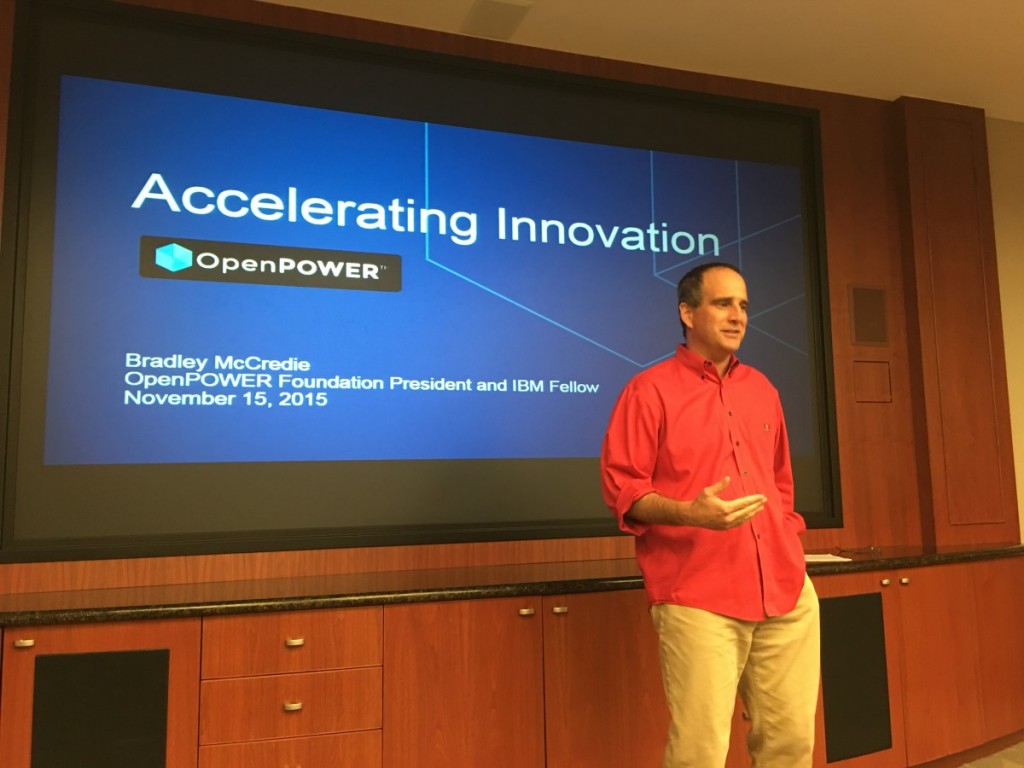 IBM is in the process of reinventing themselves as a company, changing how they see themselves, what they do as a company and how they want their partners and customers to view them. This is exemplified best in their mobile alliance with Apple, their Watson cognitive efforts, the sale of their chip fab to GlobalFoundries, the sale of their X86 server and networking division to Lenovo, and the creation of the OpenPOWER Foundation.

In the past two years since OpenPOWER’s creation, IBM’s mindshare in big HPC (high performance computing) designs and partnerships across the industry has increased. IBM’s partnerships created through the OpenPOWER Foundation allowed the company to work with companies they never had a chance to in the past, while increasing the overall relevance of IBM’s POWER architecture on a broader, global scale. The evolution of the POWER architecture and IBM’s vision for the future have been heavily shaped by the partnerships that they have created in the OpenPOWER Foundation and now we are starting to see a nice glimpse of exactly what these partnerships have returned.

The creation of the OpenPOWER Foundation was built upon the thesis that the industry simply wasn’t providing enough performance with CPUs alone (including POWER and X86) to fill the compute need and that more competition and “accelerators” were required to shore the gap. The gaps that once existed in IBM’s HPC compute portfolio are starting to get filled with OpenPOWER ingredients. IBM is also enabling more complete HPC solutions to their customers to expand the scope of where HPC can be applied today and into the future. That includes cognitive computing, network data forensics and facial recognition, among the existing HPC applications like financial simulations, genomic analysis, oil and gas imaging and scientific computing.  As you would expect, the new challenges and opportunities in HPC have led IBM and their partners in the OpenPOWER Foundation to look to GPUs, FPGAs and fixed function controllers as accelerators for these new, more complex, workloads.

Last week at Supercomputing 2015 (SC15), the world’s premiere supercomputing trade show, IBM’s major announcements were around the acceleration technologies that utilize the OpenPOWER partnerships which allow for even more performance out of POWER-based HPC platforms. These accelerators unsurprisingly come from some of the biggest and earliest partners in the OpenPOWER Foundation, namely NVIDIA, Xilinx and Mellanox Technologies. I got the chance to meet with all three of these companies along with analysts Gina Longoria and John Fruehe and technologist in-residence, Jimmy Pike. We had some very interesting conversations to say the least.

IBM highlighted their acceleration advancements with NVIDIA through NVIDIA’s GPUs and Tesla as well as their upcoming NVLINK interconnect which will be integrated into future POWER processors next year and beyond. However, IBM today has their own CAPI (Coherent Accelerator Processor Interface) which they use with all of their other accelerators in the OpenPOWER Foundation. This interface is great for many reasons, namely that it’s coherent and supports a very large ecosystem of players, far beyond what NVLINK can do and is really what enables OpenPOWER to work at its very core. NVLINK is faster than CAPI, but lacks the coherency of CAPI, which makes it less useful for broader applications and industry adoption.

IBM also announced a strategic collaboration with Xilinx which was squarely focused around adding acceleration to datacenter applications through FPGA-enabled workload acceleration in conjunction with IBM POWER-based systems. As a part of the collaboration, IBM will work with Xilinx to utilize and integrate CAPI to create solutions that improve the overall performance in the data center with a specific focus on OpenStack, Docker and Spark software-driven data center architectures. This announcement also illustrates IBM’s belief that Moore’s Law is no longer meeting the needs of the HPC market and that accelerators and software are going to be needed to fill those gaps. Moore’s Law has moved dates twice, and recently to two and a half years, but I’m not convinced yet it can’t get back to every two years.

While we’ve heard the ‘end of Moore’s Law’ many times, GPUs and other ASICs along with FPGAs have always shown to improve certain types of workload performance and their programmability has only improved, making them better multi-purpose compute platforms. Nevertheless, it is great to see that IBM is pushing the envelope of performance with partners like NVIDIA and Xilinx to deliver the fastest possible solutions to their customers as well as broadening the relevance of the OpenPOWER Foundation. Most of all, I like CAPI’s open, fast, coherent nature.

Hardware without software is useless and IBM went out of their way to show real HPC workloads and applications accelerated by CAPI. OpenPOWER’s HPC offerings continue to grow with solutions that include IBM Watson, Spark, Edico Genome, gpudb, neo4j and Radar. All of these solutions utilize OpenPOWER and IBM’s accelerated platform to deliver accelerated applications in a fast and efficient manner. 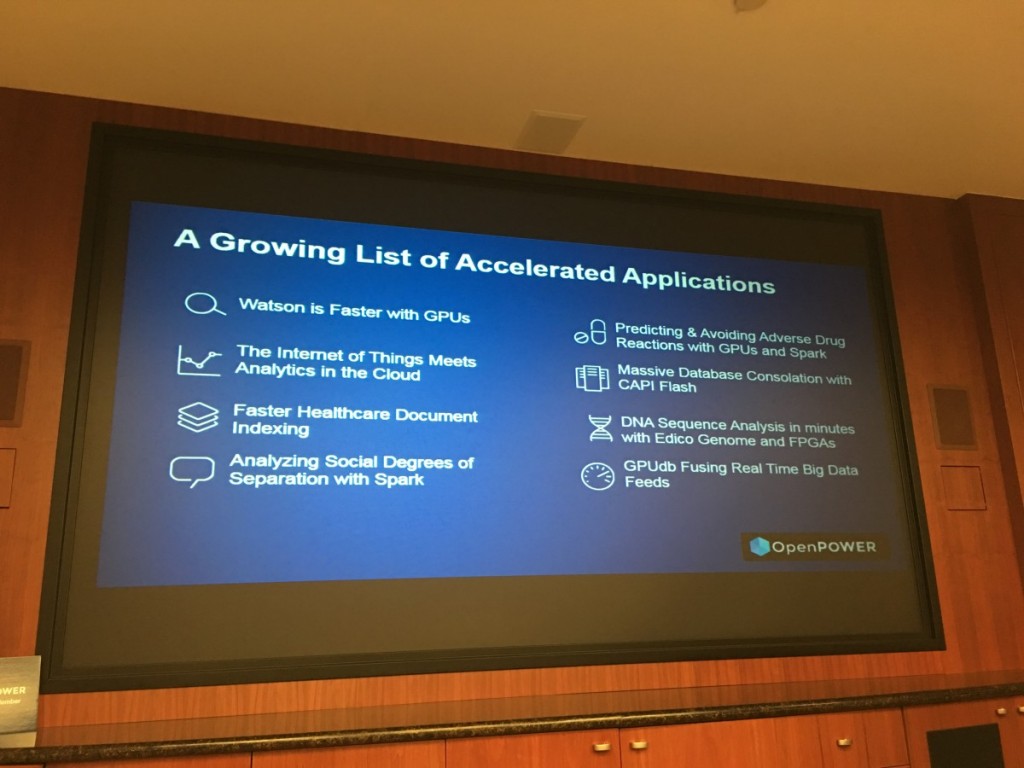 IBM has clearly shown that OpenPOWER is starting to flourish and is beginning to pose a pretty serious alternative threat to Intel’s high-end HPC offerings, including their Xeon and Xeon Phi family of processors. Intel has embraced accelerated computing with transcoding solutions, Intel Xeon Phi and their $16.7B Altera acquisition and are keen on filling sockets with their own silicon.  They will partner to fill the rest. IBM and their OpenPOWER partners have already won some very big HPC deals and it wouldn’t be much of a surprise to see that momentum to continue forward and to bleed into smaller HPC deployments across different industries.