As a former executive and product manager for end consumer products and technologies, I have planned and conducted extensive primary research on 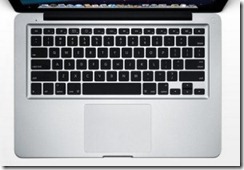 Human-Computer Interfaces (HCI) or Human Machine Interface (HMI). A lot of this research was for the industrial design of consumer products and their mice, keyboards, and even buttons. I conducted other research for software and web properties, too. Research was one input that was mixed with gut instinct and experience which led to final decisions and in those times and companies, for which I worked, were #1 in their markets. Only recently have innovations in HCI come to the forefront of the discussion as the iPhone, iPad and XBOX Kinect have led in HCI and in market leadership. I believe there is a connection between HCI and market leadership which needs more exploration.

For years, the keyboard and mouse dominated in HCI. For the previous deskbound compute paradigm, the keyboard was the best way to input text and perform certain shortcuts. The mouse was the best way to open programs, files and also move objects around the desktop. This metaphor even impacted phones. Early texting was done on 12 keys where users either forced it with one, two, or three strikes of a key to represent a different letter which was then improved with T9 text prediction. Thankfully, Blackberry popularized the QWERTY phone keyboard for much improved texting and of course, mobile email. Nokia smartphones then popularized the “joystick”, which served as a mini omni-directional pointer, once the industry shifted to an iconic, smartphone metaphor.

Then Apple changed everything with the iPhone. They both scrapped the physical keyboard andthe physical pointer and replaced it with the finger. We can debate all day long if it were the capacitive touch screen, the app ecosystem, or something else that drove Apple to its successful heights, but we can all agree that Apple needed both to make a winner. Just use on of those $99 tablets with a resistive touch screen and you will know what I’m talking about.

The touchpad has gone through many noticeable changes as well. Remember when every notebook had a touchpad and two, sometimes three buttons? Now look at Dell’s XPS 13, the MacBook Air and the MacBook Pro. We are now looking at a world with giant trackpads that can recognize the multitudes of gestures with minimal effort.

Then Microsoft changed the game with the XBOX Kinect. Interestingly enough, like Apple, Microsoft eliminated physical peripherals and replaced with a body part or multiple body parts. Nintendo reinvented gaming with the Wii and its bevvy of physical controllers, and then Microsoft removed them and replaced them with major limbs of the body. In the future, Microsoft could remove the gaming headset microphone, too, once Kinect can differentiate between and separate different player’s voices.

Voice is of course one of the most recent battlegrounds. Microsoft has shipped voice command, control and dictation standard with Windows PC for nearly a decade but has never become mainstream. They do provide a very good “small dictionary” experience on the XBOX Kinect, though. Apple has Siri, of course, and Google has Voice. Microsoft may look like the laggard here based upon what they’ve produced on PCs and phones, but I am not counting them out. They have mountains of IP on voice and I wouldn’t doubt it if the industry ends up paying them a toll for many voice controlled system in a similar way OEMs are paying Microsoft every time they ship Android. This is just one reason Apple licenses Nuance for the front-end of Siri.

We are far from done with physical touch innovations. Just look at Windows 8 notebooks. Windows 8 notebooks are experiencing a dramatic shift, too, with their multiple gestures using multiple fingers. Just look at all the innovations Synapticsis driving for Windows 8. Their Gesture Suite for Windows 8 “modern touchpads” adds supports for the eight core gesture interactions introduced with Windows 8 touch, specifically supporting the new edge swipes to navigate the fundamentals of Windows 8 Metro experience. Interestingly, with the addition of all of the Windows 8 gestures on the trackpad, for certain usage models, the external mouse actually starts to get in the way of the experience. I can see as touch displays and advanced touchpads become commonplace, this could eliminate the need for a mouse. This would be interesting as in previous HCI shifts, it resulted in the elimination of a physical device to improve the experience.

The long-term future holds many, many innovations, too. I attended this year’s annual SIGCHI Conferencein Austin, TX, which I like to describe as the “SIGGRAPH for HCI” and it is truly amazing what our future holds. Multiple companies and universities are working on virtual keyboards, near field air touch using stereopsis (2+ cameras), improved audio beam forming for better far-field and a bevy of other HCI techniques that you have to see to believe.

What can we take away from all of this? One very important takeaway here is to realize that those companies I cited who led with major HCI changes ended up leading in their associated market spaces. This was true for Blackberry and Nokia during their haydays, and now it is Apple, Microsoft and maybe Google’s turn. It doesn’t always stand true, though in commercial markets, but in many cases, stands true for consumer companies. Just look at SAP. In the future, it is important to keep your eyes on companies investing heavily in HCI technologies; companies like Microsoft, Google, Apple, and innovators and enablers like Synaptics who I believe will continue to surprise us with advanced HCI techniques which will lead to market shifts.