Huawei Technology Co. isn’t known for being a PC players, but they are a player in the telecom infrastructure business, #1 in LTE and recently became a global rising star in the smartphone world. Huawei has been consistently gaining market share globally and is now solidly the number three smartphone vendor in the world behind Apple and Samsung Electronics. Huawei is not wasting this momentum in their consumer electronics business with their entry into the 2-in-1 PC market. PCs in general are large volume devices in a tough market, unlike most of Huawei’s current lineup which more accurately represent the spread of computing between watches, smartphones, tablets and PCs. The PC market’s Q4 numbers were not good, but the shining star within the PC market, detachables like the MateBook, Microsoft Surface Pro 4, saw a 2X increase. 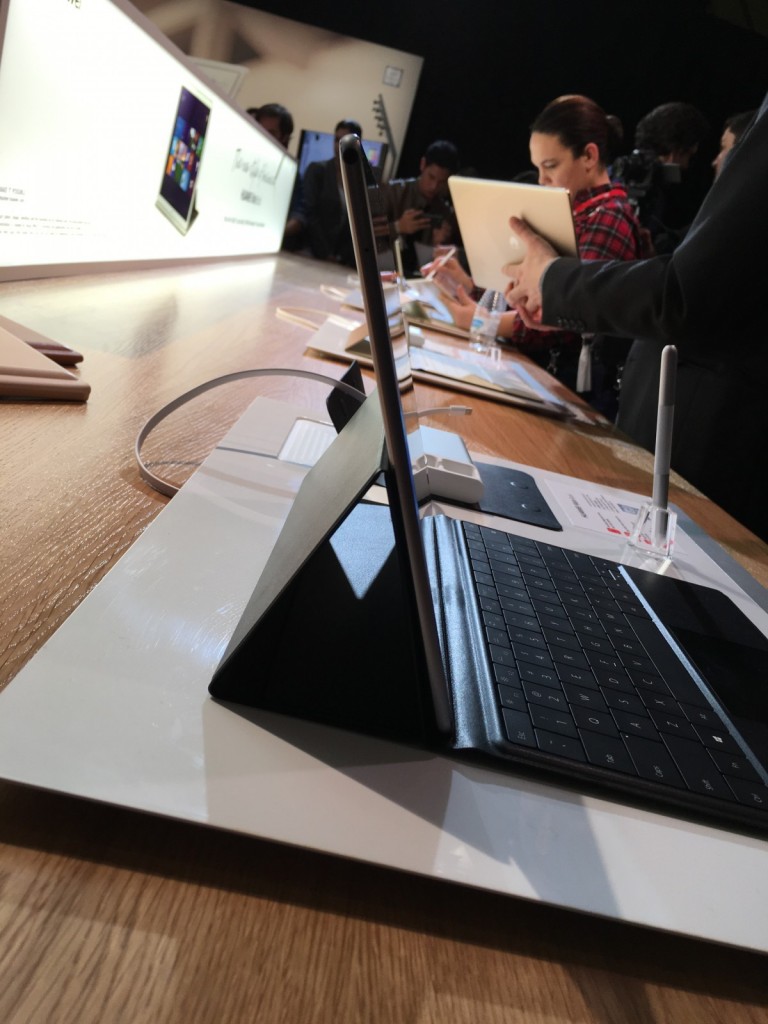 Smartphone growth appears to have peaked as well and smartphone companies like Huawei are looking for areas of growth. These are the two reasons why Samsung Electronics entered the market at CES and now Huawei, another giant, entered the market with the MateBook. I believe that with this new kind of innovation from consumer electronics manufacturers there will be an added dimension to the PC market that will give consumers more choice. This is a really good thing for the PC market.

The Huawei MateBook is an interesting looking device, it certainly has a presence when you walk up to it and start to use it. The first thing about the MateBook is that it is powerful and has some pretty good internal hardware which includes Intel’s Sixth Generation Core m based on Skylake. Huawei offers the MateBook in configurations all the way up to the Core M7, the highest of the Intel Core M line. It does this while also being extremely thin at 6.9mm, which is “coincidentally” the same thickness as the iPad Pro. It has up to 512 GB of SSD storage and features a USB Type-C connector. It also has a dual mic for quality audio recording for things like video chat or conference calls over Skype. It also has a very sleekly integrated fingerprint sensor for Windows 10 quick and secure login built into the side of the tablet which may be the smoothest integration of a fingerprint sensor I have ever seen on a tablet. It comes with both Windows 10 and Windows 10 pro for the different kinds of consumers that might want some added features. All of this fits into an extremely light package (1.41 lbs or 640g) which is less than the comparably sized iPad Pro. 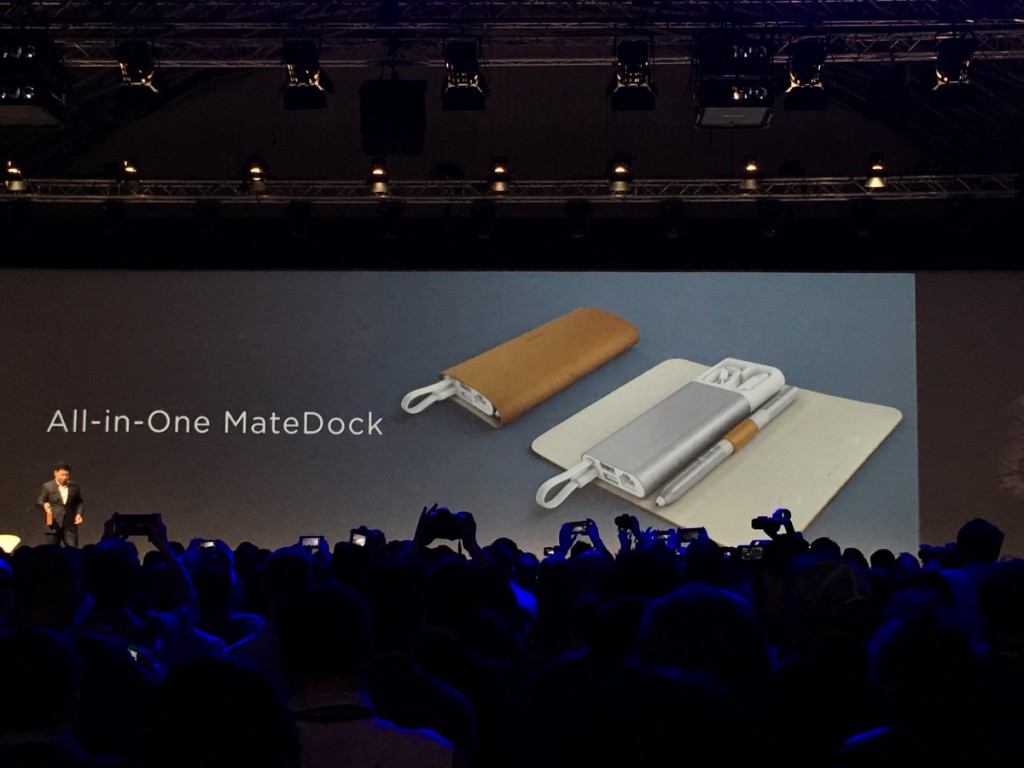 The cases were really sharp, too, and felt like they were really designed specifically for the device, not some “bolt-on”. The All-In-One MateDock looks, nice, too, and connects to the MateBook via USB-C. The dock provides external expansion to an GigE networking, 2 x USB-3.0, 1 x USB Type C, VGA and HDMI. I would have preferred two digital video outputs, but this would blow it out of the USB-3 Type-C bandwidth anyways. The optional pen serves as a laser pointer and a presentation clicker. 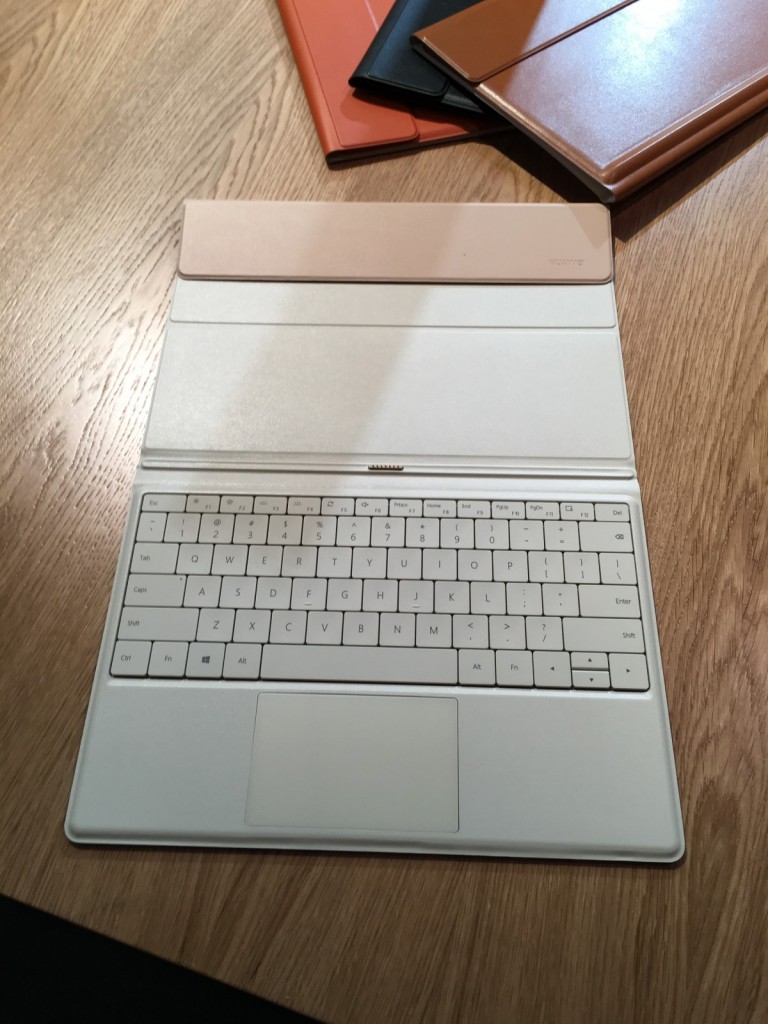 At Huawei’s event which I attended, they weren’t shy at doing direct comparisons versus Apple, Lenovo, and even Microsoft. I have not tested the device, so I cannot vouch for their accuracy, but Huawei claimed that the MateBook offered better:

Huawei better bring some advantages to the table given they are late to the 2-in-1 party. I’m looking forward to doing some testing myself to see if I see these advantages.

However, the Huawei MateBook still has some room for improvement. I liked that they keyboard was spill-proof, but the trackpad feels lower quality than other 2-in-1s and could have more depth to it. This could be just that I used a pre-production version. I also was a bit disappointed by the lack of 802.11 AD connectivity which could give it improved functionality and modularity. It’s not that other 2-in-1s have AD, they don’t, but AD is such a big utility adder to a 2-in-1. I also would have liked an included keyboard, rather than an optional one that obviously costs extra on top of the cost of the tablet. The reality is that almost nobody is going to be going out and buying these devices and not using a keyboard. The MateBook also could have benefited from a rear camera, having a 5MP front-facing camera is a bit uncompetitive. Huawei should have also offered the MateBook with integrated LTE options which would have made this a more mobile productivity-friendly device. There are also some unknowns that would be worth exploring like the battery life and performance which are unknown from the short time that most people had at the company’s Mobile World Congress 2016 launch. I am looking forward to getting my hands on one. 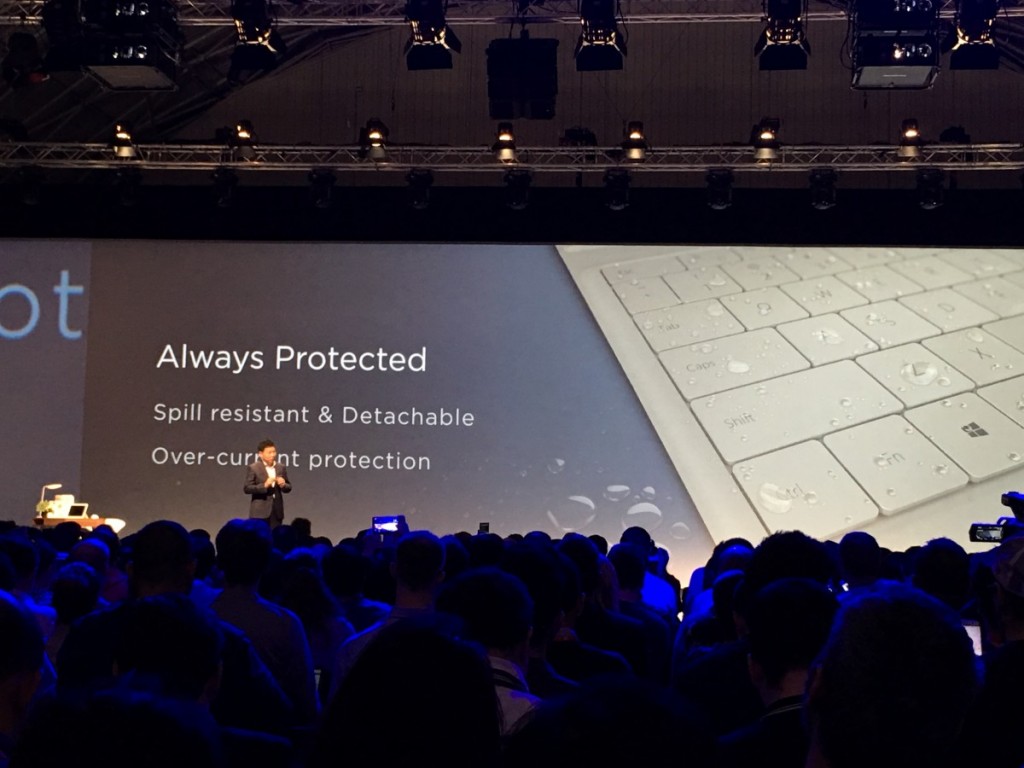 I need to comment on Huawei’s tagline for the event, which was “A New Era of Mobility and Connectivity for Business 3.0″. When I first saw this, I thought I’d see more enterprise features than I did. I was glad to see Microsoft Windows 10 Pro and the biometric fingerprint reader, but I was hoping to see more. For instance, all “enterprise-grade” PC lineups offer Intel’s vPro technology as an option. I would have expected TPM and some data on its durability and reliability. For now, I see the MateBook as a consumer device that you can get work done on. This isn’t bad, it just means its market footprint doesn’t include large, enterprise rollouts. 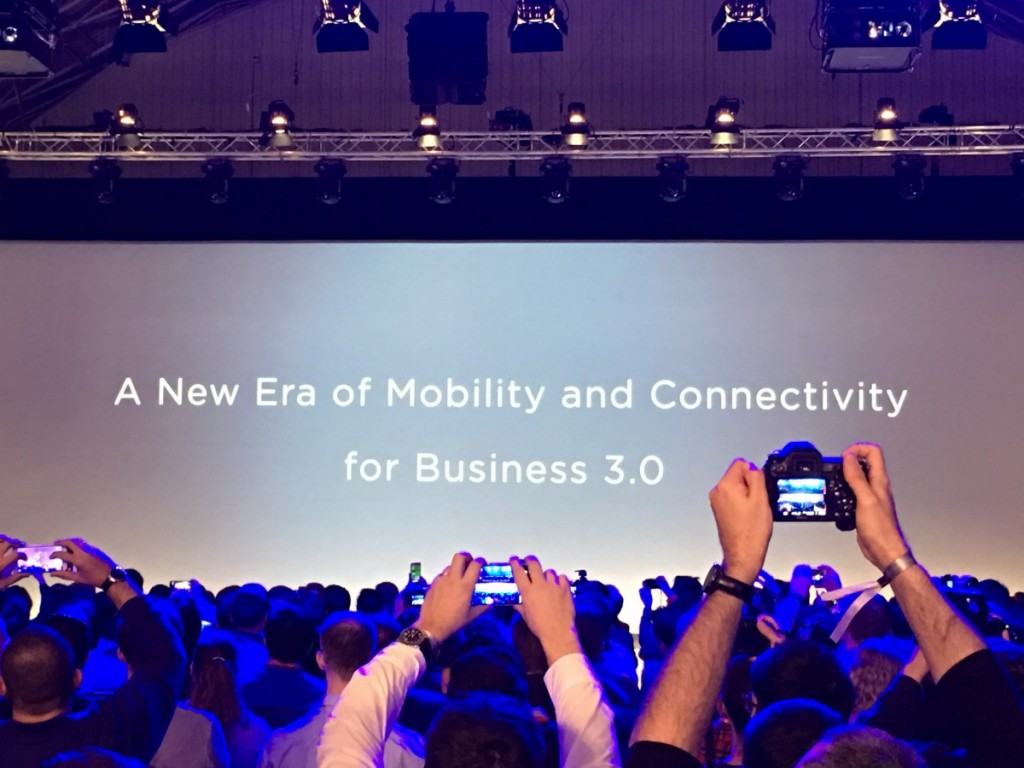 It is really good to see a new player entering into the growing 2-in-1 PC market with the global size and momentum of Huawei. This announcement clearly says that Huawei and others see this growth in this segment of the PC market and expect to gain a good amount of sales. Both Intel and Microsoft were happy, too, and sent senior executives to participate in the event. Intel’s Kirk Skaugen and Microsoft’s Peter Han seemed delighted to see yet another consumer electronics player enter their space right on the heels of Samsung Electronics. Unfortunately, it took Apple’s iPad Pro launch to get Huawei to make a decision to launch such a product even though it was likely that Huawei started developing this well before the iPad Pro launch in November. I am still super impressed with the design, size and specifications of this device but really want to know more about battery life and sustained performance. This category lives and dies by performance and battery life and it will be extremely important to see how Huawei stacks up there against the competition. Nice move Huawei.