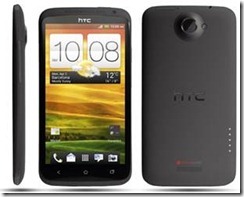 HTC announced the HTC One family in Barcelona at Mobile World Congress 2012. The HTC One X was one of the bigger standouts as it indicated the best in breed of Android phones available on the market. Some even said it would threaten the iPhone. Does it live up to the hype? I had the chance to use the HTC One X International version for a few days and I wanted to share my first hand experiences with you, which were very positive.

I have been evaluating Android phones well before the first T-Mobile G1 launched back in 2008. I was a BlackBerry addict like many for so long until the Nexus Onearrived, then I switched to Android wholesale….. for a while. The iPhone 4 finally pulled me from the Android world with its consistent performance, robust app store, quality photographs, and perfected HDTV Airplay mirroring functionality. Could the HTC One X International pull me back over to Android with its much more sophisticated ICS Android 4 operating system and higher quality app and media store? Maybe.

What I Enjoyed About the HTC One X International

Facial Login
I have been evaluating face login for about a decade and this is one of the first I have used that worked well. It’s missing a few features like auto-adjusting the display to provide light, but it worked well in most environments. If it did miss-read my face, it backs off to a secondary security method like typed password or drawing a pattern. I have not tested for false positives using photographs or videos either.

Multitasking
Quite simply, I have never used a phone this fast and did so many tasks at the same time as I did with the One X International; installing apps, updating apps, syncing Sugarsync data, and browsing in Chrome Beta at the same time were very fast. As hard as I tried to slow the system to a crawl using real apps and not benchmarks, I failed. This is a first for me as I had previously tried nearly every major flavor of Android phone. I attribute most of the multitasking prowess to the Nvidia Tegra 3 processor with its 4-PLUS-1 quad core architecture. When doing heavy multitasking, all four cores were blaring. When reading email, it only uses the one battery-saver core.

Display
The One X sports a monster 4.7″ HD display at 1,280×720 resolution. In comparison to my 4S, this provides 60% larger viewable image areaat a very comparable PPI (pixels per inch). The contrast ratio was one of the best I had ever experienced, too. The georgous display made web surfing, viewing photos, watching movies, and playing games a very enjoyable experience.

Games
This is where the One X showed one of its key strengths. I prefer the eye candy and my preferred games are FPS (first-person shooters). I tried many of the 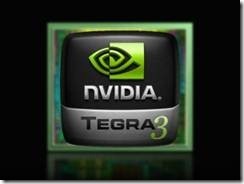 titles in the Nvidia TegraZone to stretch the Tegra 3 as far as it would go. ShadowGun THD looked great not only on the integrated display, but also when displayed on a 60″ HDTV screen. I have an XBOX 360 and while I wouldn’t say it’s the same quality graphical experience as the latest Halo, it is close. To have this capability built into a phone, for “free”, is exceptional. I can see how tomorrow’s phones based on Tegra graphics will give future consoles a run for their money.

Camera
The camera experience overall was positive. I appreciated the fast, multi-picture taking capabilities and taking pictures in low light. I thought my iPhone 4S was fast, but the HTC One X was even faster. I also appreciated taking pictures while I was taking videos, and I can imagine making some very interesting photo-video mashups. Unlike the iPhone, I’m not limited to sharing my pictures from Photos just to Twitter. Right from Gallery, I can share to Facebook, Dropbox, SkyDrive, Flickr, Instagram, Picasa, Skype, and yes, Twitter.

Battery Life
I was pleasantly surprised with the battery life as I didn’t notice many demonstrable differences between the One X and my 4S. One area was web browsing where I was using Chrome beta on the One X, which delivered a fuller web experience than Safari, but felt like it was using more battery. Most impressive was that I could get decent battery life with a four core processor, great mobile graphics, on a display with 60% more area. I have to admit, when I first heard about Tegra 3 on phones, my head went directly to concerns on battery life. Nvidia pulled off something real big by enabling good battery life while having four processor cores and Nvidia graphics.

Size
This is a personal preference, but I like to control the phone with my thumb, without two hands. . The One X requires me to use two hands which rules it out of quick stop-light usage in the car. Techpinions columnist Ben Bajarin goes into depth here on this idea here.

Charging
Like I said above, I like to multitask with my phone, using it more like a mini-tablet than a simple phone. As I would near the end of a battery charge, I would plug in the phone so I could keep playing or working. Often, I would get a warning message warning me that I was draining power quicker than I could charge the unit. This will hopefully get addressed in a software update as it is inconvenient.

Packaging
A beautiful phone deserves beautiful packaging. If you like eggs, great. The One X ships in what looks like a giant, single egg carton. The phone is beautiful and deserves to sit right next to the iPhone 4S, but the packaging should be hidden from human eyes.

Photo Skin Quality
All my shots of people outside in bright sunlight has a red or pink tinge to their skin. Either I had a defective unit or some calibration is required in the driver. I scoured the web and found a few instances of this happening to others. I cannot imagine this not getting fixed.

Trading in my iPhone 4S?

As I said previously, I prefer smaller phones I can control with one thumb. For those who desire the benefits of a larger display phone like the HTC One X International version, I can recommend this phone to those who don’t have access to LTE. The multitasking and games are better than anything I have used to date and when combined with the awesome 4.7″ display, the One X satisfies.