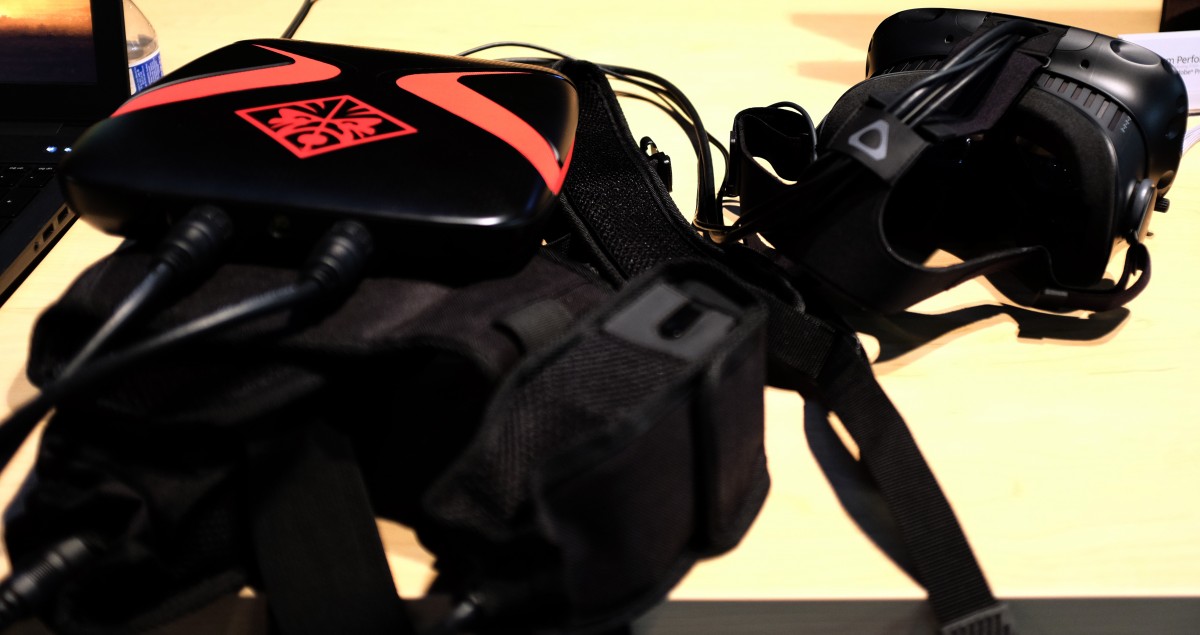 At SIGGRAPH 2016 in Anaheim last week I had the unique opportunity to try Hewlett-Packard’s HP Omen X VR backpack. This is in addition to trying out the Zotac VR backpack at Computex in June and seeing Dell’s Alienware VR backpack at E3. Other companies like MSI also have VR backpacks, but these backpacks vary wildly in terms of size and weight. Some are modified SFF PCs while others are repurposed laptop components built into a VR backpack. What was made abundantly clear with all of these VR backpacks was that they are all prototypes and not anywhere near the finished product. But I will admit that the HP Omen X VR backpack PC had me fooled, because it looked like and felt like a finished product, even if it wasn’t.

The Omen X VR PC Pack was on display for the first time at SIGGRAPH and isn’t officially launched or available yet. The Omen X features a fully contained PC without a display or any peripherals. The Omen X almost seems purpose built for the HTC Vive, as it is designed for room scale VR. As a result of having the HTC Vive directly connected to the Omen X, it allows the user to walk around without tripping over any cables. It comes with its own self-contained battery packs including two hot swappable battery packs that give the Omen X a full hour of usage before they need to be swapped out. This may sound low for any kind of portable PC, but that is because HP decided not to throttle the PC’s performance at all while on battery power. This means that there are no questions about performance or any possibilities for hiccups during gameplay. That fact is extremely important in VR, where you cannot allow the framerate to dip below 90 FPS if you want to keep people from getting sick.

The whole package weighs in at a total of 10 lbs, which when on your back really doesn’t really seem like much because it doesn’t really weigh more than a regularly filled backpack. The Omen X was clearly designed with the HTC Vive in mind, because it has two USB 3.0 ports, an HDMI port a combo audio port and a DC power out. This design eliminates the need for the HTC Vive’s auxiliary power cables that you would normally need and removes the need for the link box with the supplemental power.

I have been using the HTC Vive since its announcement and have had both an HTC Vive Pre and HTC Vive consumer edition for the last 6 months. When I loaded into the HTC Vive with the HP Omen X VR PC pack, I did have some help from HP’s Josh Peterson and others present at the SIGGRAPH booth, but in general putting the backpack on was fairly easy. HP had the Omen X hooked up wirelessly over WiDi to broadcast onto a monitor on a desk so that users could see what the HTC Vive was playing in the headset. This didn’t impact system performance at all, as I was able to easily and smoothly play multiple levels inside of Valve’s The Lab without any noticeable difference from my desktop PC at home. 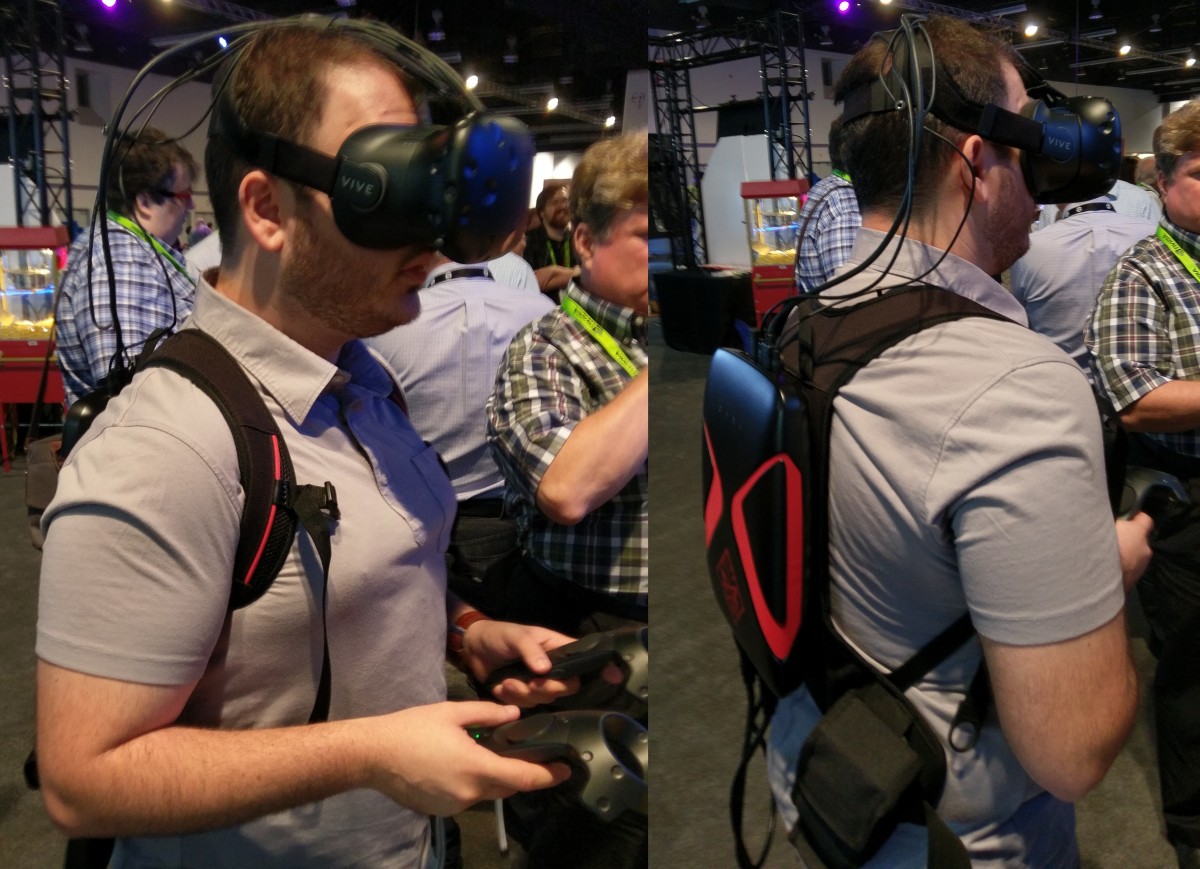 After a few minutes I was completely unaware that I had a VR backpack sitting on my back powering the VR experience in my headset. This is ultimately the goal of such a product and is designed to increase the level of immersion for VR users worried about tripping over cables. Certain niche experiences like the Ghostbusters Dimensions experience in New York at Madame Tussaud’s would benefit from such a solution. There is no denying the inherently niche nature of a VR backpack, especially when you consider that self-contained high performance VR headsets are expected to land by the end of this year powered by smartphone SoCs. However, those are unlikely to meet the demands of the commercial or professional user who needs high-quality graphics powered by a dedicated GPU.

The HTC Omen X VR PC is not going to take the world by storm and become the next PC form factor. It also won’t be how most people experience VR. However, it illustrates the flexibility of the PC platform and how the PC is transforming into being many different form factors that enable different user experiences. The HP Omen X is the most polished version of the VR backpack I have been able to see and try thus far. Yes, companies like Dell, MSI and Zotac do have VR backpack PCs as well, but the Alienware was not available for demos at E3 when it was shown and the MSI backpack is extremely large and bulky while the Zotac backpack is more of a mesh backpack for a mini PC. I am excited to see how all of these different backpacks mature and where they ultimately end up. I could see these easily replacing laser tag arenas with things like VR tag and The VOID. These may also end up powering the future of computer caves where people strap on a VR backpack to visualize extremely complex and detailed data.