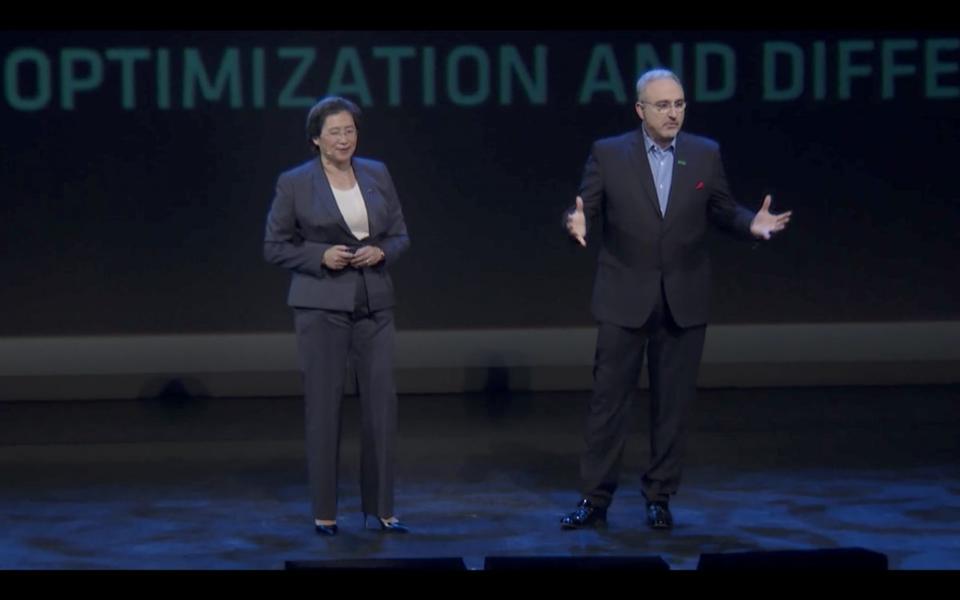 Advanced Micro Devices (AMD) made big waves in the industry this week with the launch of its 7000 series high-performance datacenter processors. I attended the pre-brief event in Austin, this past week, and I’ve already written my deep-dive on the launch, and its implications for AMD here. Today, however, I today I wanted to focus on a different aspect of this announcement—the support from Hewlett Packard Enterprise, and the work the two companies are doing together. Ecosystem is critical to the success of any launch, particular in the enterprise, and HPE is a critical part of the ecosystem that’s coalescing around EPYC. This partnership could be dangerous—in a good way—and competitors could be feeling a little nervous about all of this.

HPE on the ground-floor of EPYC

I think it says everything that the first partner Su brought on stage at the EPYC launch was Hewlett Packard Enterprise —HPE gives EPYC a lot of added enterprise infrastructure clout given their place in the top 3 in servers, storage and networking, and it’s clear that AMD views the partnership as critical.

Su prefaced the entrance Antonio Neri, EVP and GM of HPE’s enterprise group and now President, with a little background on the development of EPYC, emphasizing that it was very important at the outset of the project to have a partner who was an industry leader in the server ecosystem. AMD needed someone who, in Su’s words, could make sure they had “the right requirements, for the right time.”

Su went on to acknowledge HPE as the foundational partner when AMD started the EPYC project three years ago, providing valuable customer insights for the project since Day 1.

Neri emphasized HPE’s belief in the need for an open server ecosystem, the need for AMD to be competitive, and the desire to work together on innovation for customers, as three of the main drivers behind HPE’s decision to commit to the project. This makes a tremendous amount of sense, right? The EPYC project actually reignites a long-standing relationship between HPE (back then, just HP) and AMD—Hewlett Packard went big on AMD servers 15 years ago with Opteron. IBM was the lead development partner for Opteron, but HP capitalized on it owning the 4P and 8P market. Based on some self-inflicted actions and competitive pressure, AMD decided to take a step away from servers, to work with a clean-sheet approach on Zen, but both companies acknowledged at the event that it was the right decision at the time for AMD to focus on optimizing performance.

It’s good to see the two companies coming back together again on this project— with AMD on the up-and-up (see my column from November here), and HPE still gathering steam from the split from HP Inc., the timing seems right.

The first big end product to be announced out of the reignited partnership is the new HPE Cloudline 3150 storage server, built with AMD EPYC processors, and geared towards enterprise, cloud service providers and financial service institutions. Neri complimented CL1350’s potential to be a work-horse—leveraging EPYC’s memory, performance, and power, with HPE’s tried and true system engineering attributes. HPE says the CL1350 is optimized for fast cloud storage, big data/real-time analytics, and provides dense support for various streaming and e-commerce workloads.  The CL3150 also claims significant TCO improvements—2P performance, with a 1P footprint, for starters. It’s also a relatively dense, compact server, fully optimized for space efficiency. It is also quite energy efficient, runs on low power—this in turn further reduces opex. The CL3150 will be available soon, in the first half of August. 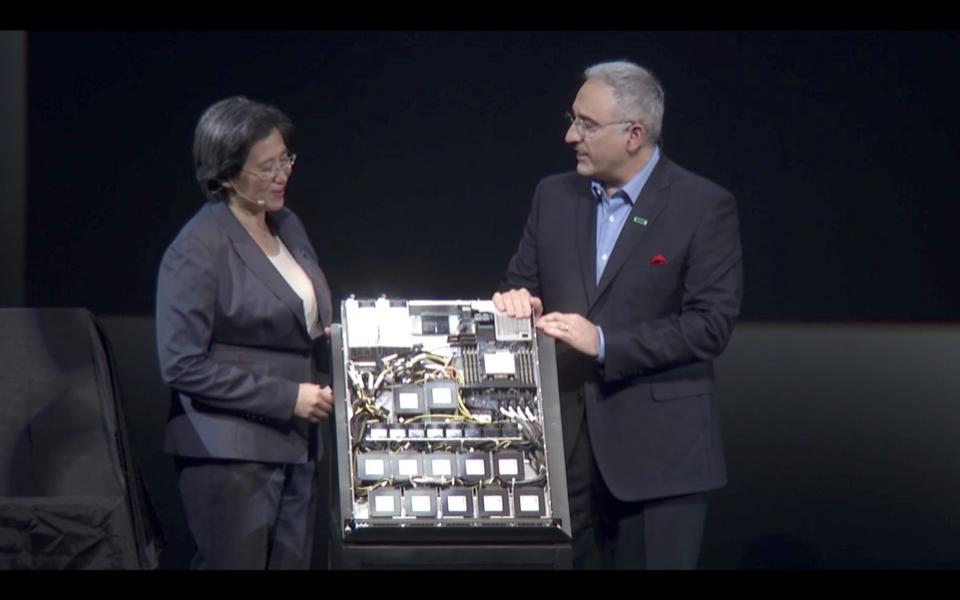 “The best is yet to come”

The CL3150 looks to be a good low-risk, fast TTM start, but I believe it’s just the beginning of this revitalized relationship.  Without giving many specifics, Neri and Su promised more joint products would be coming to market during the second half of 2017, and onwards through 2018.

Neri announced that HPE would be bringing EPYC into its recently announced 10th Gen server portfolio (which Moor Insights & Strategy has been covering extensively. You can read our recently published white papers on it here). Putting the performance of AMD EPYC inside HPE’s new flagship—HPE calls the “most secure server in the world”—could be very interesting especially if HPE uses EPYC’s encrypted memory. While not announced, I expect that HPE and AMD are working together on a Gen10, Proliant-branded, enterprise server. Enterprise designs take longer to develop and longer to test than public cloud infrastructure, so the timing shouldn’t concern anyone- it’s coming.

AMD is still riding high on its recent turnaround and it definitely needs to have a hit with EPYC to follow-up on desktop RYZEN and THREADRIPPER. HPE is a longtime leader in datacenter infrastructure, can be a king-maker, and its vote of confidence for EPYC should lend AMD some added clout headed into the future. In addition to HPE, Dell EMC and Lenovo also gave their OEM support behind the EPYC launch. I look forward to seeing what else comes of this revitalized datacenter infrastructure partnership over the coming year.