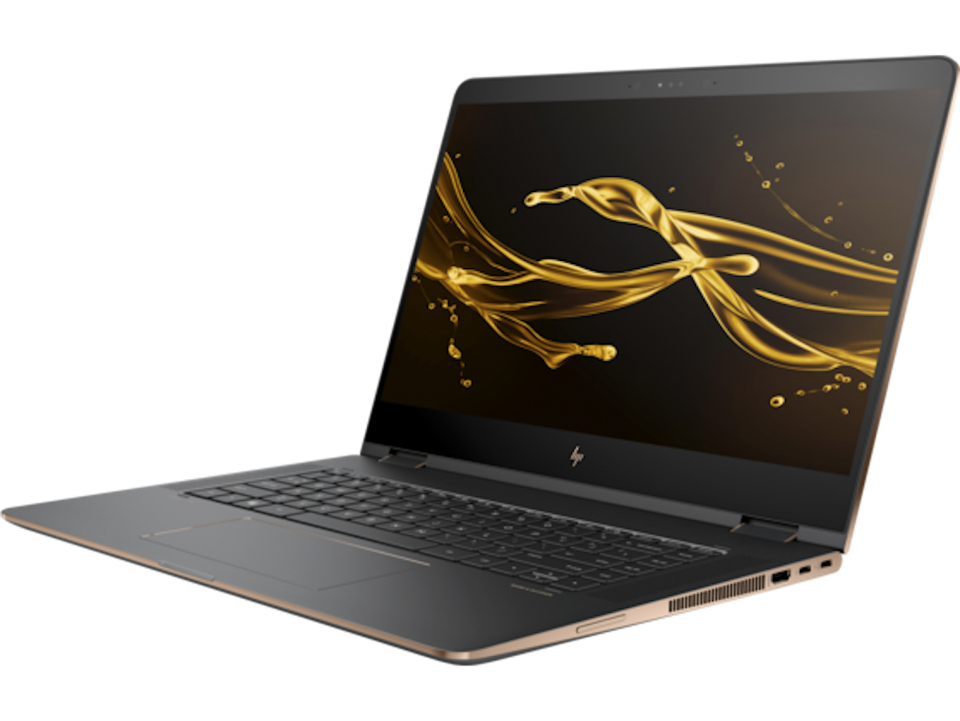 HP Inc. is on a roll as of late. While many questioned its viability after the company split from Hewlett-Packard, the company managed to capture the #1 PC market share last quarter. While the company is #1 in unit volume, it’s no longer just about moving profitable volume; it’s also about consumer innovation and quality, a change that started about four years ago. Around that time, HP re-dedicated itself to deliver premium consumer experiences and now I think we’re seeing the payoff—particularly with its Spectre and Envy sub-brands. I wrote a review last year on the sexy HP Spectre 13, which I was very bullish on. I also wrote on the HP Envy 34” AIO. In order to continue to grow their premium PC footprint though, it’s really important for HP to continue to improve and expand upon its product lines. On that note, HP recently lent me its new Spectre x360 15” for a few months—I wanted to go ahead and offer up my thoughts on the device.

I don’t like to gush, but when it comes to design, the Spectre is one of the most beautiful 15” convertibles I’ve ever used. The device is crafted with CNC’d aluminium, ash silver and copper, with bevelled edges—no matter where I took the Spectre, someone asked me what it was. It looks incredible and unique, and even I (who regularly cycles through countless devices for review) can’t help but stare at this one. I appreciate the 2-in-1 flexibility of the device, though never used it as a gigantic tablet—it’s just too big. However, I did make use of it in movie mode to watch videos. The 4K 15.6” IPS touch display provides 70% of the sRGB color gamut and has very small bezels. Premium notebooks with big bezels soon will be as stylish as wide lapels. Photos and videos look superb on the display, enhanced by the fact that the display is 4K and bonded with no air gap—nothing to get in between it and your eyes. In my opinion, it works a whole lot better with 4K video than its predecessor.

Looks obviously aren’t everything when it comes to devices—in fact, they’re just the tip of the iceberg. The Spectre also excels in performance for a dual core solution, using the latest 15 watt, dual core, 2.9 Ghz., Intel 7th generation Core i7 processor. You can find other 15” laptops with quad cores on the market, but nothing as thin as the Spectre, with a 4K display, and the impressive battery life (more on that later). The Spectre’s 512MB PCIe-based NVMe storage is gigantic and gives the entire system a snappy feel—essentially speeding everything up from boot to opening and saving files. The Spectre x360 also comes with a discrete NVIDIA GeForce 940MX GPU, which won’t enable VR or high-end gaming, but will suffice for good entry-range gaming and a lot of productivity use cases (such as design). I did appreciate the 802.11 AC 2×2 Wi-Fi but enabling a wireless display and wireless docking with AD would have been even better. 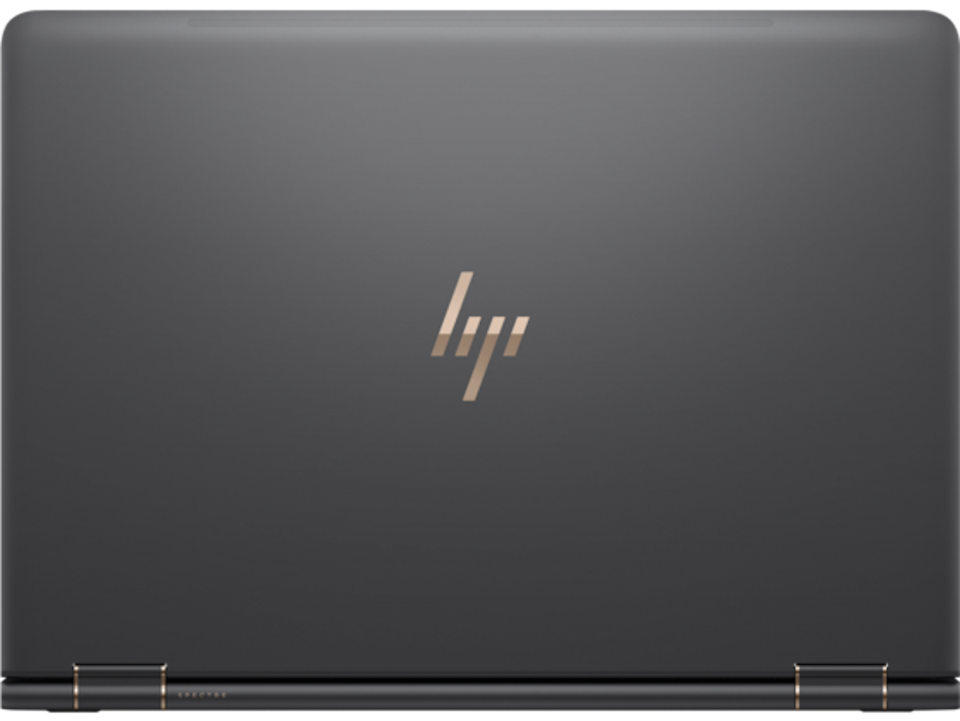 HP armed the Spectre laptop with I/O for today and tomorrow—a perfect cocktail of new and old. Thunderbolt 3 over USB-C ensures that users will be ready for the future—it shouldn’t need any expensive clumsy dongles to adapt. It comes with one HDMI, one standard USB, one 40 Gbps USB-C and ThunderBolt 3 port, one USB-C Port, and an SD card reader for photos. Any of the Spectre’s two USB-C ports can be utilized for charging, and though dongles are not required, HP included three of them for USB-C: USB 3.0, RJ45 GigE Ethernet, and VGA. I’m personally not really sure about the need for VGA, but I trust that HP didn’t include it on accident—I’m sure this came about as a result of research and customer support. Maybe they’re just trying to differentiate from Apple.

The Spectre x360’s giant glass touch pad is a Synaptics design—very high quality, with consistency across the entire real estate. My only request would be to have some “click” at the top where the hinge is, but overall I love it. I didn’t experience trackpad issues others noticed but I am doing this review after launch so issues were likely fixed in a software update. As for the keyboard, while the backlit keys don’t have a huge amount of travel, they worked just fine for writing research papers and columns. The x360 also surprisingly comes standard with an active pen—with most premium machines, it’s extra (even on an iPad Pro). The pen works well for serious use—not just for goofing around. It supports 2,048 degrees of pressure sensitivity, which is not the best but is very good. I imagine most users will only use the pen when the device is in tablet mode—which they probably won’t be in often unless they’re creative types. The pen has two programmable side buttons, which is nice seeing as people use pens for a variety of different tasks.

I’m glad that HP added a 1080P webcam to the Spectre—in my opinion, every premium notebook should have one at this point. Windows Hello face login worked quicker on the Spectre than almost any other I’ve used, thanks to its two IR cameras.

The icing on the cake for this great device is its battery life and charging. With my office usage model, I was able to get over 8 hours of battery life, which is exceptional for a thin, 4K, 15” touch display. HP advertises 16 hours of battery life, but that’s the MobileMark number—you’ll never actually get that much. HP also specifies up to 11 hours of video playback with WiFi off. I wish that HP would specify a web browsing time—Apple does this, and I think it is actually a more useful representation of battery life. When the Spectre’s battery ran out, HP’s Fast Charge feature kicked in—taking me from 0% to 50% in just a little over 30 minutes. With long battery life and lightning-fast charging, it’s hard to imagine ever getting stranded with a dead Spectre for long.

For the Spectre x360’s target audience, I really have very few improvements to suggest—I think HP totally nails it with this device. I say in all my reviews that there is always room for improvement, seeing as there are no perfect products—I stand by that, but the Spectre comes pretty close to perfection. As I mentioned earlier, if you’re into high-performance gaming and VR, there are better options out there with higher-performance graphics and quad core processors. If you’re looking for a higher-quality display with a wider color gamut, you could also opt for a more expensive option. Finally, I’d like to see HP “click ability” to the top of its trackpad and restricts some of the keyboard backlight light leakages, but these are nuts. Overall, the Spectre x360 15 is a slam dunk.

Overall, I was extremely happy with my experience with the Spectre x360 15” (if you couldn’t tell). The design is exceptional—thin, sexy, and industrial—as well as its flexibility and battery life. You can still get some serious work done with its lower-end Intel Core i7 and entry-level discrete NVIDIA graphics, but this 2-1 is ideal for creatives who appreciate pen input and those who are looking for exceptional-looking images and video. If all the premium features (4K display, 2-in-1 capability, and included pen) don’t interest you, then there are also less expensive options available. HP Inc. has proved again that it is at the top of its PC game right now. I thoroughly enjoyed the Spectre x360 15” and would be happy to recommend it to anyone in the market for a premium-grade 2-in-1.