Ten days ago, HP rolled out a sweeping reorganization that combined the printing with the PC division and centralized 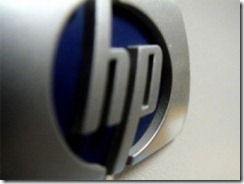 marketing, communications, and major account sales inside the rest of HP. Initial reaction has been split, and it tends to split across the two lenses by which people look at HP; enterprise and personal computers. As in all reorganizations and with HP’s, leaders much choose one organizational framework and run with it, regardless of the downsides it may mean to other parts of the business. One thing is very clear; HP is leading with enterprise and deprioritizing personal computers and printers. The potential winners and losers become very clear as you look at HP’s reorg through these two lenses.

Let’s first take a look at the facts of the reorganization.

First, the printer (IPG) and PC (PSG) groups were combined, creating a massive $60B business, approximately 50% of HP’s annual revenue. It will be led by Todd Bradley, who formerly led PSG. Vyomesh Joshi, previous leader of IPG retired after 31 years at HP. Inside the new group, channel strategy, branding, supply chain and customer support will be combined in the new division. Next, all salespeople who served major, large accounts were all pulled into the Enterprise Group. Finally, marketing and communications were both centralized under Marty Homlish and Henry Gomez, both CXO-level leaders.

As I said before, reorganizations cannot serve everything primarily, and this is true in HP’s case, too.

HP’s reorganization clearly favors all things enterprise. Companies who are successful in serving the enterprise like IBM and Oraclehave a few things in common. Enterprises need commonality and consistency around the company’s and the product’s value proposition, how it is communicated, and how this is delivered and serviced. HP did just that by centralizing marketing, communications, and major account sales. If it benefits the enterprise, for whom who does it make it more difficult?

HP already has the #1 market share in PC’s and make decent profit doing it. Last quarter PSG had revenues of $8.9B and an operating profit of $464M. It is very unclear how the reorg helps HP be more successful in personal computers, but depends on how you believe PC manufacturers need to look in the future. I believe we are rapidly moving to a design center-point that favors core competencies in smartphones, tablets, and holistic experiences combining software and services. This doesn’t mean that PC experience isn’t important; it is. I’m saying that what PCs will look like in the future will be more like a tablet today than it looks like a PC of today.

HP had this core competency with webOS, their smartphones and tablets. Unfortunately for HP, they had what they needed for the future, but jettisoned the webOS hardware business at the end of last year and wrote off $3.3B after lackluster HP TouchPad acceptance at $499. How does HP now compete in this environment? It’s unclear but it appears that HP will embrace Microsoft‘s Windows 8 to take another shot at tablet. This defers leadership to Microsoft’s priorities and schedules, which won’t always be in alignment with HP. More than hardware will be required, of course. Apple has redefined what it takes to compete in a sense. Differentiating on hardware alone won’t increase margins or customer loyalty. This is also unclear how HP addresses software and services. HP has a lot of work to do to show how they can provide the most valuable, innovation-led experience that can rival an Apple. HP provided many eras of PC innovation, but it’s less clear than ever how they do this in the future.

RELATED FORBES POST: “HP and Dell Must Fight Apple in Devices (There is no Higher Ground)”

There’s no doubt that by any metric that printing has been extremely important to HP in many ways over the decades. What we must also embrace is that printing is a declining phenomenon. Established regions are printing less and in the future, with inexpensive and super-thin and light tablets, users will print even less. Emerging regions are increasing their purchases of printers alongside buying PCs but at a lower rate that established regions adopted years ago. If you doubt this, just ask yourself this question; do you print less, more, or the same as you did 5 years ago? My children still print for school, but also take their homework to school on a USB stick. We stopped printing photos as they are much more convenient to email, post to Picasa Web or just display on the TV or tablet. If you didn’t understand the impending decline of printing before, you do now.

Then there is the question of what you get when you combine printing with personal computers. As I worked in the PC ecosystem for 20 years, I can foresee better HP retailer and reseller planning and execution from the reorg for PCs and printers, but that’s about it. Printers don’t use the same components or ODMs as PCs so I don’t see economies in supply chain or operations. While I don’t have inside knowledge on the combined research and development groups, I don’t see many synergies. I do know the future technology and end user models well enough to know that what makes a future winning printer or winning PC or tablet are quite different.