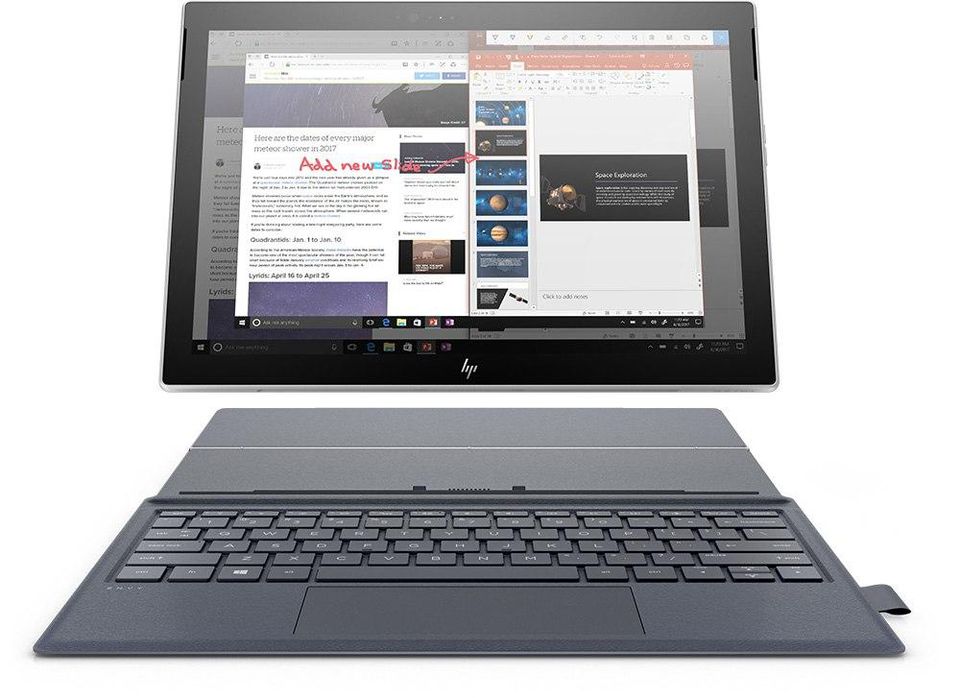 I had the opportunity to use HP’s first Always Connected PC, the HP ENVY x2 for nearly six months. This PC is part of Microsoft’s Always Connected PC initiative which is designed to bring constant connectivity to Windows PCs. To use Microsoft’s words, “Always Connected PCs are instantly on, always connected with incredible battery life.” That sums it up well. Right now, the two major chipset players in the space are Intel and Qualcomm, with Qualcomm having a second go at Windows. Qualcomm is helping to spearhead the latest Windows on Arm initiative with a more mature Windows 10.

The HP ENVY x2 is also HP’s first foray into the Always Connected PC segment and their first Windows on Arm for Windows 10 device. The model I had was configured with a Qualcomm Snapdragon 835, 8GB of RAM, 256 GB of SSD storage and an active pen. Because this is targeted as a consumer convertible tablet where you’d also like to get some work done, it also came with the keyboard cover that flips out and turns the tablet into a laptop-like device. This is how I primarily used the device, rarely using it as a tablet-only. I also used the HP ENVY x2 in full Windows 10 Pro mode, not the simplified and streamlined S-mode.

I used a mixture of productivity and media & entertainment apps that both came from the Microsoft Store and those I downloaded from the web to my desktop. This is important to note because desktop apps are more likely to run in emulation mode rather than Windows Store apps which are should be more optimized for Windows on Arm. For desktop apps, I used Office 365 with G Suite Sync to my business accounts as well as WebEx, Chrome, Zoom, WhatsApp, Snipping Tool, Edge, and OneDrive. For Windows Store apps, I used Twitter, Facebook, LinkedIn, Mail, Calendar, People, Photos, Hulu, Netflix, Instagram, Movies & TV, News, and Adobe Reader. I stayed always connected on the ENVY x2 via AT&T using a nano SIM card inside of the device. 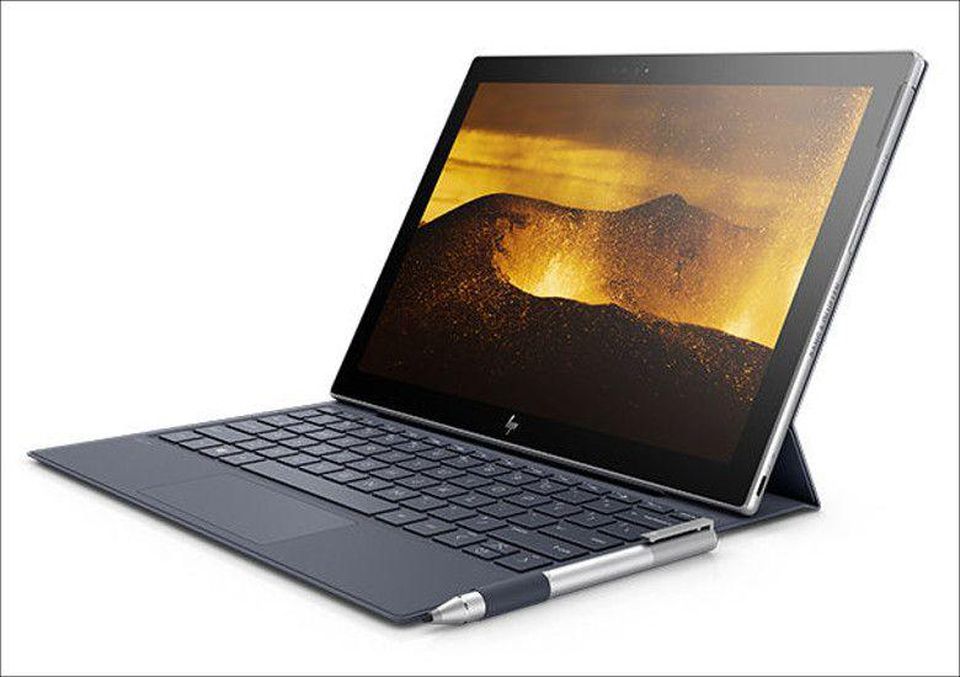 One of the first things that you notice when you start using the HP ENVY x2 is that it’s incredibly thin at 6.9mm. The ENVY x2 also feels very solid and premium with its CNC aluminum body and Gorilla Glass which complement the device’s overall thinness. It has built-in LTE with the Snapdragon 835, albeit not the fastest implementation of wireless. The display is also a very high quality 12.3” 1080P panel supporting 100% RGB color gamut coverage and 500 nit brightness

The battery life on this configuration was good even though I was using Windows 10 Pro rather than the more power-sipping and controlled S-mode. It had an incredible video battery life of 20 hours, and I could easily get a day and a half, almost two days of actual work out of it. I’m not talking about the start and stop through the day, I mean always using it. If you are thinking of the Apple iPad Pro 12.9”, this device, just based on battery life, would be an interesting alternative. 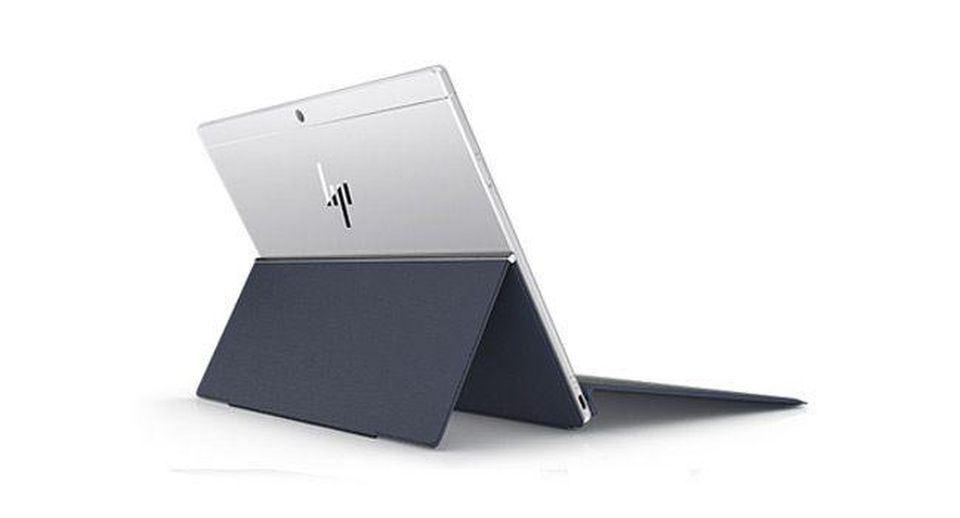 To this day, it is the longest lasting Windows PC I have ever used.

When it comes to applications, I had no issues downloadingand installing the fully featured versions of Office 365 and Chrome.  As for using Office 365, I recommend using the version from the Microsoft Store instead as many of the libraries are Arm-optimized. I couldn’t believe how fast the Store version of Office 365 felt at this juncture in its development.  I did experience some slowdowns in the Office.com downloaded version, which I expected, as it emulated an X86 code base. In use, I felt that Edge was much faster than Chrome, but that’s to be expected because Edge is optimized for Arm. I think many who have not liked Chrome on these ACPC devices likely had 4GB configurations, but I didn’t have issues with my 8GB device. In my experience, 95% of the apps I use in my personal use cases worked good enough in desktop mode. While the experience wasn’t the fastest, it was fast enough for most of the apps I used including the most recent Windows 10 April update which felt much faster than RS3 with things like Edge moving to 64-bit among other improvements.

The other thing I’d like to point out is that because the ENVY x2 runs full Windows 10, it also has full multi-tasking and windowing, unlike tablets like the iPad Pro.

I also liked the little things about the HP ENVY x2 including the high-quality leather-like keyboard cover that was also backlit with keys for display brightness, audio and airplane mode. This felt premium as well. The keyboard cover is also great because it protects the display on the tablet and can be used at multiple angles. I enjoyed that HP included a long power cord that came with the device with a fast-charger and that it also allowed me to trickle charge with a USB-C smartphone charger. You could feasibly only bring one charger if your smartphone has USB-C. HP also included a pen that included a holder as part of the keyboard to make it easier to transport and keep track of. HP also included Windows Hello with the ENVY x2 making the overall login experience much easier and user-friendly. HP also included a microSD card slot to allow for expandable storage without taking up too much space inside of the device.

There was a lot to like about the device, primarily its insane battery life, LTE connectivity and portable form factor.

There were a few areas that weren’t “issues” per se, but some things I should point out.  I think the ENVY x2’s camera and camera capabilities were some of the best for a PC. However, I don’t believe that as a tablet, it keeps up with the Apple iPad Pro. This will make a difference to some, to others, no. I’m “that guy” who takes pictures and videos at horse shows with his tablet.

Also, the 1080P display with large bezels is not particularly part of today’s latest design principals or resolutions, so I think that while it is a nice, bright and color correct display, it doesn’t feel recent. However, the 1080P display is partially what partially enables such great battery life, so I understand the decision to go with 1080P versus a 1440P or 3K display. Apple iPads have bezels, so for the Apple crowd, this won’t be an issue at all.  Bezel-less also would have likely reduced battery life, so I understand and like the trade-off.

The ENVY x2 also lacks a certain lapability with its keyboard cover as it doesn’t feel very rigid and stay very comfortable in your lap while working on the couch or in a plane.  This isn’t only the ENVY x2, as most detachables share this.

As I always point out, there is always room for improvement in all technology products.  With the x2’s keyboard, I found it would sometimes bend when touched in the middle and that it wouldn’t sit completely flat, which struck me as a similar challenge from the older Surface keyboards. I wouldn’t have even flagged this if the device weren’t priced at $999.

With wireless connectivity, one of the key selling points of the Always Connected PC, I wanted more. HP outfitted the x2 to achieve CAT 9 LTE speeds with 3x CA and 2×2 MIMO, a slower LTE solution to other ACPC competitors, and slower than all modern smartphones.  This is significantly slower than the premium smartphones you see today like my Samsung Galaxy 9+ with CAT 18, 4×4 MIMO and 4X CA. I expected the latest because there was so much more room in a PC than a phone, it would have been easier to get complex antennas

Finally, like an Apple iPad Pro, I’d like to see eSIM supported, a list of carriers to choose from in setup, and a login to use my carrier. Today’s version requires a carrier nano SIM. Microsoft, Qualcomm, and hardware OEMS are working hard with carriers on an easier solution, and we could likely see this capability in the next version. I tag the carriers with this issue, not Microsoft, Qualcomm, or HP. I recommend using Verizon with the ENVY x2 as it is full certified.  I expect Sprint shortly and I used AT&T, but without supporting all of the network’s features.

I only ran across one application that I wanted to run that I could not, and that was the latest 64-bit (32-bit not available) Google Hangouts Chat application. I used the web version versus the app and didn’t think it was that big of a deal as I still got notifications through the browser. At BUILD, Microsoft brought out its 64-bit Arm SDK, so 64-bit apps are on the long-term horizon.  While the x2 can run most all 32-bit Windows apps, right now, I recommend right now using the Microsoft Store apps if you have the chance.

I did experience a few performance lags, but nothing I didn’t expect when I fully understood what my issues were and why I had them. The April Update solved many of my issues. Right now, I recommend getting Office 365 from the Microsoft Store and using Microsoft Edge. I say this even though I didn’t experience issues with Chrome, but Edge was just faster. I didn’t expect to play mid-range or heavy games or edit 4K video on this platform, so I didn’t test that, and I don’t think the x2 is designed to do that.

This was one of the longest reviews I have ever performed- six months of evaluation. The Always Connected PC is a new class of product and deserves it. Evaluating the HP ENVY x2 shouldn’t be done like other PCs as it brings new attributes to the table, like insane battery life. In fact, one of the challenges was that even battery life tests generally stink and if the system lasts “days”, that creates a new class of issues. Also, most all PC performance benchmarks are optimized for X86 and therefore testing an Arm device with those didn’t seem appropriate either. You get the point. Therefore, I went for the “feel” of the device.

The HP ENVY x2 is a good start to Always Connected PCs with room for improvement. The ridiculous levels of battery life I experienced were great to have in such a small and portable form factor. The choice of going with 1080P display plays a major part of that, but the Qualcomm Snapdragon 835, Windows 10 optimizations, and battery size had a lot to do with it, too.

It’s so nice to have out of the box LTE in a laptop, even if it’s not as fast as my Samsung Galaxy S9+.  It fundamentally changes the way you play and work, and you should really try it to believe it. I had carried an Apple iPad with LTE everywhere I traveled along with a notebook, but now I find myself leaving the iPad at home and instead of bringing one of my ACPCs.

With the Windows 10 April Update, I got the performance I expected in the areas I needed it, but with that said, more performance with the same battery life is always welcome. I am expecting significant performance improvements over time at exceptional battery life and connectivity.