Back in September, I wrote an analysis on why Apple should build an HDTV.   The premise was that there are huge experiential issuesApple could solve and they could strike a deal with the MSO’s and satellite companies.   That was a big premise, but ironically with what Samsung showed at CES, it’s apparent Samsung will accelerate the likelihood of Apple launching an “iTV”.

At this year’s CES, Samsung made a very impressive showing in consumer electronics.  They showed off an array of devices from intelligent refrigerators to thin and energy sipping OLED displays to phones to Smart TVs.  Two major themes came out of the HDTV launches; smart interfaces, apps and cable and satellite content.

Samsung showed in controlled demonstrations their next generation of TV interfaces.  Samsung calls it Smart Interaction, or the ability to control the TV through voice commands and far-field air gestures.  Voice commands and 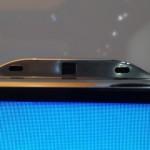 the air gestures work in a similar fashion to Microsoft’s Kinect.  Get the TV’s attention with your voice and tell it to change channels, turn the volume up or down, go to apps, etc.  Air gestures allow the consumer to use their hand as a virtual mouse clicking on an icon, or using the hand as a consumer would use their finger on a tablet by swiping or grabbing.

All of this is great in theory, but one of the challenges that I saw at CES was that it just didn’t work well.  The demoer was having a very hard time with the system getting it to work.  I talked to others at the show to see if in fact this was an anomaly, but it wasn’t.  Smart Interaction didn’t work well for those I talked to either.  This was a public demo in a controlled environment so I expected to see a better response, especially because you know everyone will compare it to Microsoft Kinect and Apple’s Siri.

To be clear, what Samsung showed was a glimpse into their 2012 product line and not on shipping platforms, but was still concerning because perfecting these interfaces takes years, not months.  Apple is proof of this in that Siri, the voice-control mechanism on the iPhone 4s is still beta three months after public launch.

Samsung also launched an impressive amount of U.S. content deals with Comcast, DIRECTV, Verizon, and Time Warner Cable.  The vision is classic IP-TV, or removing the set top box and just plugging the Ethernet cable into the TV.  In theory, this provides the consumer with a much more integrated TV-content experience.

Comcast will provide its Xfinity services directly to a new Samsung TV without the need of an STB. DIRECTV will give the new Samsung TVs to access to live and stored content from the satellite content provider. Verizon said it will provide Samsung the Verizon FiOS TV app which gives users access to 26 live TV channels and access to VOD titles through Verizon Flex View.    Time Warner Cable and Samsung did show a demo of a user accessing stored content from a set top box in the home and said apps would be available “later this year.”  While these announcements are complex and not as simple as saying, “all STB content now available on the new 2012 Samsung TV”, it was a step forward from last year where cable companies weren’t all that excited about this IPTV premise in a world where they are an icon next to Netflix and Hulu.

Samsung demonstrated two things at CES 2012 related to Smart TVs in general. First, they showed how not to demo the next generation of TV user interface.  Messing with the TV interface is dangerous in that it is the primary pathway to get to content.  Users blame themselves when they lose the remote, but when users get an error with voice control or air gestures, they will blame Samsung and stop using it.  Then they will tell 10 friends about it.  Yes, it will improve over time, but from what I saw, there is a lot of improvement to do.  This enables Apple, with an iTV, to perfect the user interface.  Apple would undoubtedly leverage Siri for voice control and leverage local iOS devices to do this.  Leveraging the huge base of iPhones, iPads, and iPods allows voice control to be better, in that the microphone is 10 inches away from you, not 10 feet.  This helps block out more noise and generally could provide a much better experience.  I believe it will work much better than Siri given the “dictionary” is smaller.  The smaller the “dictionary”, which in this case will be content, the higher the likelihood it does what you want it to do.

Envision how this looks at a Best Buy. You will have a Samsung TV on one side of the store and an Apple iTV in the Apple store within a store.  The Samsung voice control may not demo well based upon what was shown at CES, and the Apple voice control will “just work.”  Net-net, by Samsung launching Smart Interaction before it’s ready provides a clear and demonstrable pivot-point forApple to differentiate from.  This is in a similar way to how Apple’s capacitive touch screen interface “just worked” and other phones didn’t just work well back when the iPhone first launched.

The second thing Samsung demonstrated, and demonstrated well, was that they could cut deals with the cable and satellite guys.  This breakthrough is important because it shows that there is a deal to be done.  When a TV can blend cable, satellite, and OTT content, this is the “holy grail”.  Even better is when the user can have one program guide or one database to find the content they want with a precise, by-user recommendation engine like Netflix and Amazon.

By Samsung breaking some newer ground with Comcast, DIRECTV, Verizon, and Time Warner Cable, this at least gives Apple the most concrete idea of what it would take to for them to do a deal.  Yes, Apple has been trying to cut deals with them forever, butApple certainly doesn’t want Samsung to get too entrenched as it could dull some differentiation with an Apple iTV.  Just as the iPod and iTunes got credit for aligning the music industry, Apple wants to get credit for aligning the cable and satellite providers and in turn, deliver a great experience to the users.

While Apple was not at CES 2012, their impact and industry reaction from Samsung will help accelerate development and launch of an Apple iTV.  Samsung has provided Apple with an experience to pivot and differentiate off of, and has helped provide a basis point for Apple’s own deal with the cable and satellite companies. Samsung has helped accelerate Apple’s iTV.  Ironic, yes?