Over a year ago, I wrote an article on Forbes entitled, “What Many People Are Missing About HP,” right after Hewlett-Packard ’s securities analyst day. That day, the stock price started around $17 and ended the day below $15. While I am no financial analyst, but rather an industry analyst, my basic thesis in the column was that Hewlett-Packard’s biggest detractors were basically out of touch, were discounting the company on most everything, and I simply pointed out the facts of the true state of the company. Hewlett-Packard stock closed Friday at $30, double what it was when I wrote the column.  While I never recommend just looking at stock price growth, it is one indicator of momentum. The purpose of this column is not to gloat about being right, but rather to provide thoughts on some of the key drivers behind the change in attitude on Hewlett-Packard. There are some of the top areas I think are most important, namely innovation, leadership changes, cash flow, and the decline of IBM and Cisco.

During Mark Hurd’s tenure, Hewlett-Packard lowered spend in research and development and moved more of it into the BUs, leaving Hewlett-Packard in an interesting position. They had the cost base of an innovator, but had pulled back in terms of releasing new innovations, chipping away their “innovator” status. Remember “HP Invent”? Whitman’s #1 goal when she came into Hewlett-Packard was to increase the pace and commercialized more R&D. Sure, innovations take years, but Hewlett-Packard did release some things in the last year that I think is innovative.

I admire HP’s ElitePad, an enterprise-focused tablet with a jacket system that extends the tablet into many other use cases and environments. The enterprise tablet morphs from a tablet into a mini-notebook (Productivity Jacket), can double battery life and add full-size expansion ports (Expansion Jacket), and retail P.O.S. (Retail Jacket). It can also dock with a full size monitor, keyboard and mouse if you want to use it as a productivity device. After a few revisions, I expect the ElitePad to drive some serious volume inside enterprises, specifically for vertical applications enabled by HP’s jacket system.

Finally, I liked the move to revitalize a central research group who has the resources and charter to do “real” research. As I have learned from my leadership experience in Bus and corporate, if you put nearly all of your R&D dollars into a BU, they will skimp on the long-term investments. I think HP’s more balanced approach between BU and corporate is the right approach, as long as the corporate’s monetization track record is measured.

I find many of the things CTO Martin Fink is working on as very interesting research which could wind up in Hewlett-Packard’s business units or licensed outside, namely memristor, photonics, and some of the SDS (software-defined storage) algorithms and software. There are many companies also working on these same kind of innovations so it will be important that HP gets these products or licensable IP out as quickly as possible.

External-facing innovation increased the last year under Whitman and in three to five years we will know how the research paid off.

If there is one thing we can confidently say of Meg Whitman is that she was decisive in her direct report changes. She made changes the biggest changes to Hewlett-Packard’s hardware business units where Bill Veghte replaced Dave Donatelli to lead the Enterprise Group and Dion Weisler replaced Todd Bradley to lead Printing &Personal Systems. Whitman also replaced CMO Marty Homlish with Henry Gomez. Net-net, during her tenure, Whitman has replaced nearly all of the senior executives and the executive counsel. 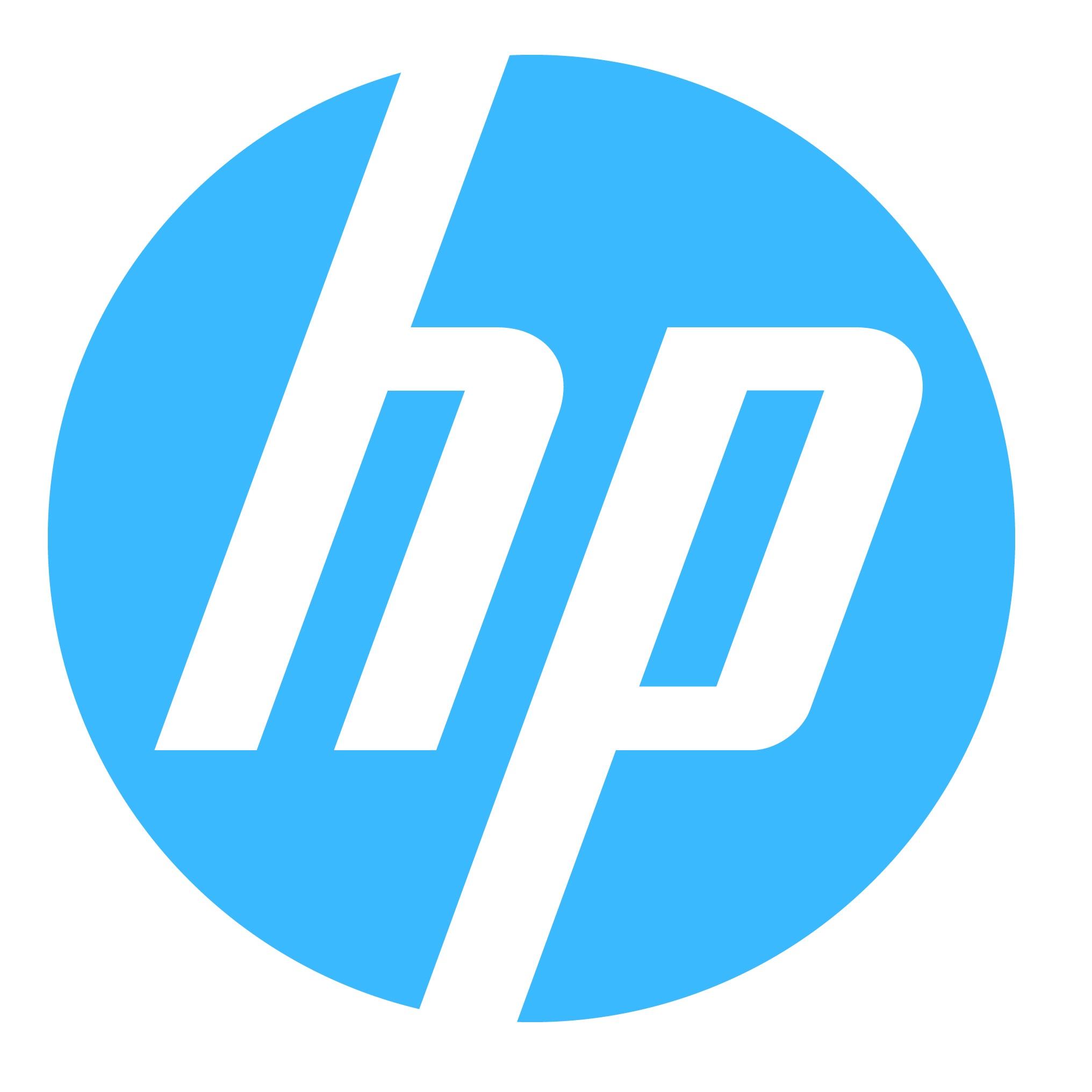 What does this say? It says Whitman finally has her hand selected team to drive the change Hewlett-Packard needs and can never look back to Hurd or Apotheker’s hiring decisions.

There are also implications in Bill Veghte’s appointment, too. Veghte’s background was Hewlett-Packard’s COO and EVP of Software and spent 20 years at Microsoft , so they fundamentally have a software leader running a hardware division. This is as much a statement on the state of the market as it is about Hewlett-Packard. Enterprise hardware differentiation has become increasingly difficult the last five years and software like OpenStack will become increasingly important in the coming years. Veghte will need to lean heavily on his direct reports to make sure Hewlett-Packard hardware remains competitive. As we saw with the IBM X86 hardware divestiture and are seeing hints of at Oracle, whatever your focus, software or services, you still need competitive hardware.

I attribute most of the angst around HP from calendar 2010-2013 from a general sense and fear of instability. This feeling of instability was driven by the firing of two CEOs, boardroom drama, decline in revenue growth, quick acquisition of Palm and exit from the smartphone business, lack of PC commitment, and investment decisions and subsequent write-downs on Autonomy, EDS, and Palm. When Whitman got control of the company and started showing stability, many of these things started to fade into the background. Seriously, when was the last time HP was in the headlines for something horrible? It isn’t happening yet under Whitman’s watch.

While revenue growth hasn’t returned yet for HP, what has helped in HP’s evaluation is the swift decline in IBM and Cisco. At IBM, overall fiscal 2013 revenue declined by 5% (-2% removing currency) and systems hardware fell off the proverbial cliff, declining 25% in Q4 and declining 37% in IBM’s historical area of strength, System z. Compared with IBM’s systems hardware decline of 25%, HP’s Enterprise Group revenue was up 2%. HP’s ISS (Industry Standard Servers) group was up a whopping 10%.

While all of this paints the rosiest of pictures, I’d be remiss to not talk about HP’s challenges ahead. Like all high-tech companies, HP has its own set of challenges, none of which would be a surprise to HP senior management. According to HP’s 5 year turnaround plan, fiscal 2014 is all around recovery and expansion. It’s about launching new products with a focus on services and about stabilizing revenue and leadership. This change needs to come at a time of PC market weakness and challenges in differentiating datacenter hardware. It comes, too, at an inflection point in how enterprises are purchasing software and services.

Additionally, there are two new “sharks” in the water, a newly privatized Dell and Lenovo-IBM (pending approval). Dell’s freedom from public markets enables it to disrupt many of HP’s core PC, datacenter and cloud markets andchange the attack plan quarter to quarter. Lenovo, who last year stole HP’s market share lead in PCs, now gets ahold of IBM’s under-invested X86-based servers and along with it, enterprise-class storage and networking. The IBM-Lenovo deal isn’t done yet so details aren’t available on what Lenovo would do with the IBM assets, but I would be remiss to note it.

When I wrote my column on HP over a year ago when perception was low, some people thought I was nuts, out of touch, or both. The reason so many missed the reality is all about context. The problem with many pundits and financial analysts is that they have never really worked at a large tech company nor do they have a lot of real-world work experience. Some pundits get too caught up in the emotion of the moment or try to determine the future of a company with a spreadsheet or “model”. Determining a company’s future off of a spreadsheet is a bit like flying an airplane on just on instruments. Sometimes it works, but more often than not if the pilot isn’t looking out of the windows, you run into the mountain or miss the runway entirely. The pundits got HP wrong last year, plain and simple.

Sure, HP has their sets of challenges and more than others given they are a massive tech company in transition, but to get a better view, look through the windows and maybe open it. You never know, you might learn something new.