If you’ve worked in an office or a university campus in the past 40 years or so, the name “Crestron” is probably not unfamiliar. Founded in 1971 and based in a cozy corner of Northern New Jersey, Crestron Electronics is a ubiquitous technology presence in corporate conference rooms, theaters, Las Vegas sports books, university lecture halls, and other venues requiring bleeding edge communications capabilities. The company is so good at what it does that it blends seamlessly into corporate infrastructure. Perhaps for this reason, Crestron doesn’t typically garner the accolades that today’s smart home players like Amazon.com, Google , and  Apple get. That hasn’t stopped it from becoming the “go to” company for office automation and communications technology solutions. It is estimated that 90% of all the Fortune 500 have some type of Crestron-based solution in their facilities. Clearly Crestron has been doing something right for a long time.

Before there was Amazon Alexa, there was Crestron

The parallels between today’s smart home and Crestron’s legacy presence in corporate America is almost uncanny. Crestron positions itself as an end to end vendor of customized solutions, control systems, audio and video distribution, lighting control, motorized shades, security systems (both home and offices), and speakers, just to name a few. Sound familiar?

Interestingly, Crestron’s original roots were in the automation space. George Feldstein, who died in 2014, founded Crestron when he built a controller to automate a slide projector. From these humble beginnings, privately-held Crestron has grown into a company with worldwide annual revenues of $1.5 billion dollars. Unlike many companies who play in the consumer home automation/smart home space, Crestron manufactures 100% of its products, giving it the unique ability to provide a high degree of cross-system integration and fail-safe capabilities.  Like most companies whose growth correlates with commercial building development, Crestron has been experiencing a growth spurt. It has achieved more than 10% year over year growth for the past 2 years.  In addition, Crestron is no slouch when it comes to technology innovation—it has well over 300 patents in its portfolio. 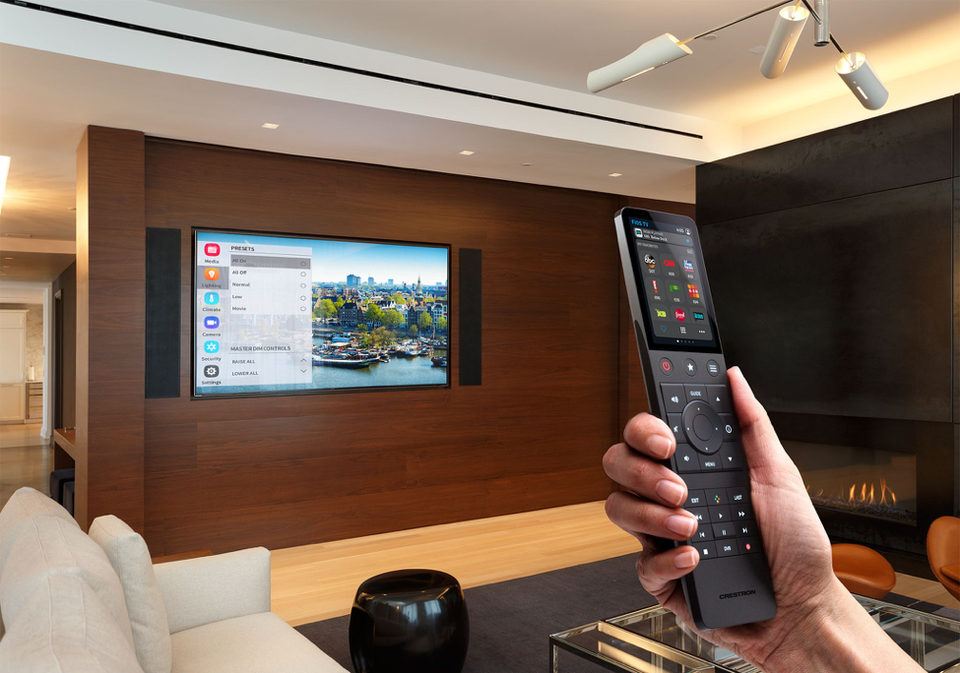 Undoubtedly, corporate customers and consumers have significantly different requirements.  One area where Crestron offers unique differentiation and expertise is in custom automation for large projects such as a multi-billion-dollar office skyscraper or high-rise condominium.  These types of projects demand fail-safe functionality on a 24/7 basis—a call with the Geek Squad at Best Buy is not going to cut it if a security or air conditioning system fails. As the Vice President of Crestron’s residential business, John Clancy, tells it, the company believes “the buck stops here” when a problem arises—even when a non-Crestron product or subsystem is involved.

Crestron has been firmly committed to its dealer network for sales growth and overall support for several decades. This worldwide network of dealers is supported by an army of 200 highly-trained support technicians. This winning combination has solidified Crestron’s reputation as the de facto player in the corporate automation and communications space.

Clancy was quick to point out that while 80% of Crestron’s business is derived from the commercial/corporate segments (e.g. enterprise, government, healthcare, hospitals, and universities), the remaining 20% of its revenue—large, high-end residences—actually has a “trickle down” impact into its commercial product offerings. A good example of this was the consumer demand for 4K video distribution a few years ago. Corporations were quite fine with 1080 resolution, but their high-end consumer customers’ desire for 4K led to its introduction in the commercial space. Crestron is now considered to be the industry leader for latency-free 4K/HDR video distribution. 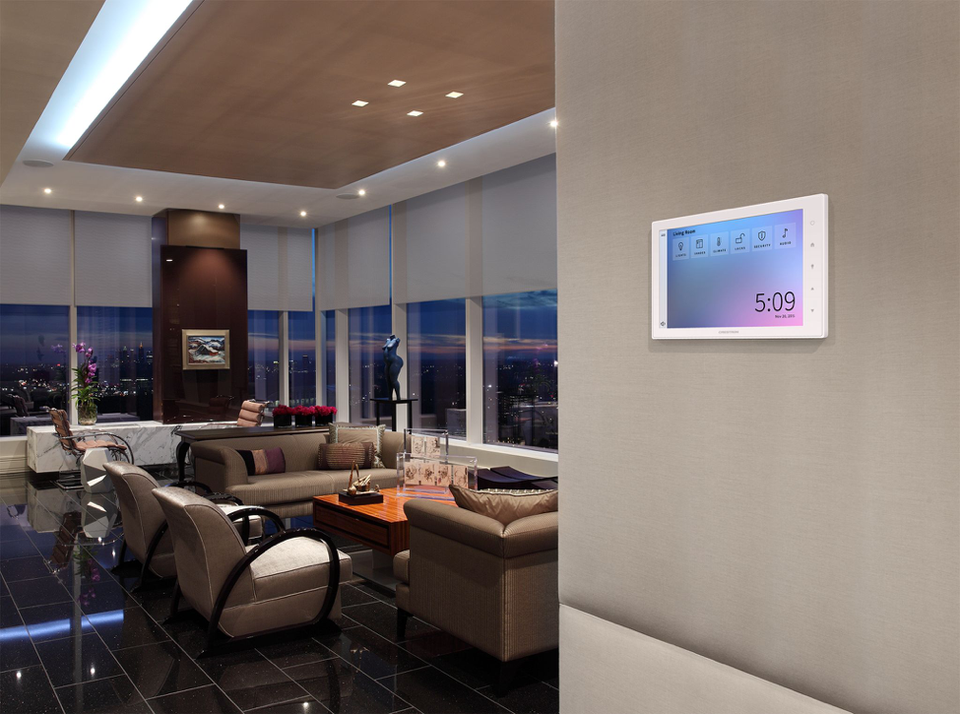 High quality, zero latency video distribution is one of the most exciting areas that Crestron has capitalized on over the past few years. Clancy estimates that its video distribution capability, co-developed with Intel, has given Crestron a 2 to 3-year market advantage over its competitors.

One of the other areas that Crestron has invested heavily in, not surprisingly, is the cloud space.  Crestron has embraced cloud functionality with its solutions by providing remote monitoring and simulation testing capabilities that have exponentially expanded the overall productivity and efficiency of Crestron’s solutions. One interesting dynamic of Crestron’s cloud strategy is that it has enabled its dealer network to provide cloud-based providing and pre-configuration of Crestron solutions, dramatically shortening the sales and implementation cycle.

Legalized nationwide sports betting may be part of Crestron’s future

Crestron may be able to capitalize on the recent Supreme Court ruling that essentially legalized sports betting across the United States. Crestron already has a powerful presence in the sportsbook of nearly every major Las Vegas casino, and its technology powers the zero latency video distributions of the hundreds of TVs, screens, and monitors in the average sports book.

That legacy presence may pay enormous dividends for Crestron as similar, Vegas-style sportsbooks begin to deploy throughout the United States. The Wall Street Journal recently reported that Buffalo Wild Wings, the largest sports bar network in the United States, is contemplating the introduction of sports betting at its locations. Should Buffalo Wild Wings and other similar food franchises decide to incorporate sports wagering, there are few companies like Crestron who have the right mix of technical expertise, history, and cutting-edge technology to pursue this revenue opportunity. 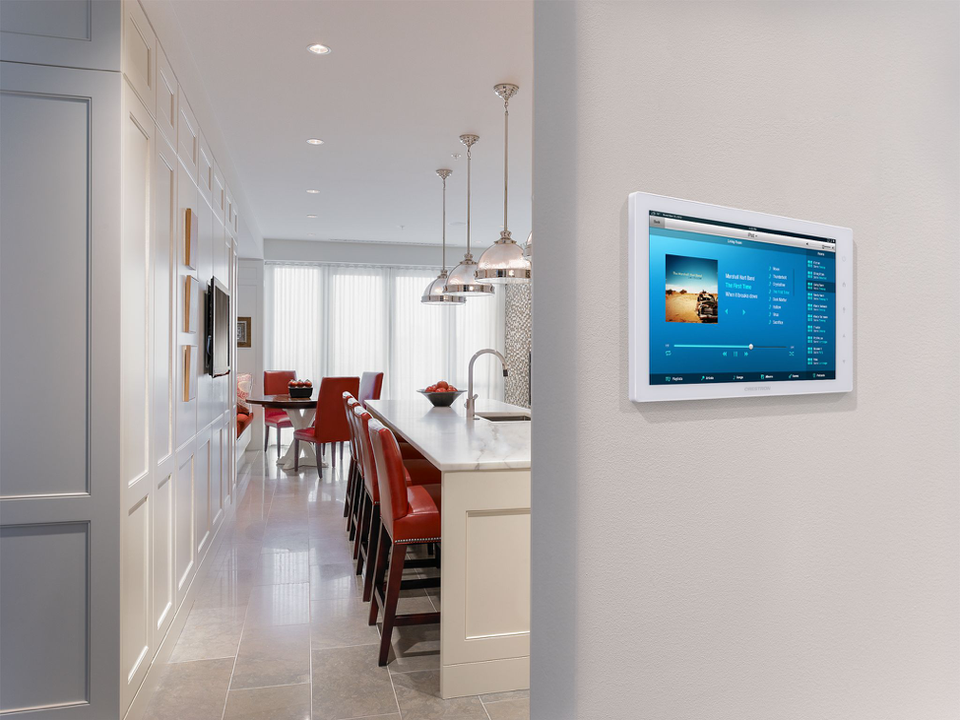 Why isn’t there a Crestron in the mainstream consumer smart home space?

Despite the potential in the mainstream consumer home automation and smart home segments, nobody is providing the design, customization, and integration necessary for the type of high-quality service that Crestron provides at the enterprise and corporate level. There are some companies who position themselves in a way similar to Crestron, but if you look under the covers, most of the time you will find that these companies offer very narrow product solutions and/or do not work with the myriad number of third-party solutions on the market.

When asked what keeps him up at night, Clancy unapologetically said it was the question of whether the recent explosion of smart home/home automation devices will start to infiltrate the high end, luxury home segment that Crestron has dominated for the past several decades.  From his perspective, the risk is relatively low as these high-end, multi-million-dollar residences have the same type of unique customization requirements and support requirements that make DIY solutions unappealing. Having said that, Clancy doesn’t completely rule out a Crestron play in the mainstream home automation/smart home space. Interestingly, Clancy was quick to point out that Crestron solutions “play nice” with digital assistants like Amazon Alexa, Google Home, and Apple Siri.

At the end of the day, the major consumer smart home players have a lot they could learn from Crestron, who paved the way for the type of automation and home security solutions that have become so popular. While the business model dynamics between the consumer market and commercial/enterprise space are dramatically different from a financial and support standpoint, Crestron has set a high satisfaction and performance bar that today’s smart home manufacturers should strive for.