A decade ago, Hewlett-Packard was a major player in the premium notebook space. Then Apple, with its all-aluminum notebooks, came onto the scene and Hewlett-Packard started focusing more and more on the mid-range and value space. Consequently, Hewlett-Packard stopped focusing on the premium segment of notebooks, which negatively impacted the halo effect of the overall HP PC brand. At the same time, Dell increased its premium focus with its XPS line of notebooks and even Lenovo, who doesn’t focus on a premium consumer play, was showing off its innovation chops.

I strongly believe that the halo effect strongly operates in consumer electronic products and the lust for that premium product draws consumers to the overall product line. I’ve been critical of Hewlett-Packard the past few years for what I perceived as a lack of a presence and investment in the premium space in the past.

I’m happy to say, that has changed significantly as evidenced by two of their consumer notebooks and additionally, their approach to a premium product. They’ve released the HP Omen and Spectre x360 notebooks within the last year, both of which are great examples of Hewlett-Packard’s improvement in the premium notebook space. I have personally used them both for an extensive period of time and I wanted to share with you some of my observations on those, too.

Running premium products inside a massive company who develops a lot of differently positioned and priced products is never an easy thing. Even harder when profits are hard to come by as one mistake can chew up all the quarterly profits. Everyone all the way up to the CEO needs to be committed to it as the numbers never actually look good in the beginning. A premium product needs premium investment in the right places otherwise you look like a poser, a pretender. It also needs better marketing that sometimes is radically different than the rest of the product line.

As for the user experience, it needs to be thoughtful and perfect. Defects and issues that may fly with the mainstream and value lines just won’t fly in the premium world. Therefore, you need leaders who can say “no” to shipping a product as issues arise. You need leaders who can hack the fire of the program managers, engineers, supply chain and test folks breathing down your neck to “just ship it”.

A lot of that “fire” gets breathed on Hewlett-Packard’s Mike Nash, a vice president inside of HP’s Personal Systems group. At the end of the day, Mike’s job is to make sure products like the Spectre and Omen deliver a great experience all the way from the buying process to boot to usage to support. He’s a guy that can say “no”, but as importantly, one who can collaborate with Microsoft to get that software build “just right”, as HP did with the Spectre x360. Having someone inside an organization like Mike is paramount to having good premium experiences.

Let’s talk about the products.

The HP Spectre x360 is an absolutely beautiful 2-in-1 notebook and features a CNC machined aluminum chassis with straight cut aluminum sides. It has fantastic battery life, as I was able to squeeze about 10-11 hours of battery life out of it on average. And because the Spectre x360 is a convertible PC, it also has very convenient modes like stand mode, which I found particularly useful in planes. And even though it is a convertible notebook, it still remains incredibly thin thanks to its ‘magic’ hinge. Oh, that magnificent hinge where transitions are synchronized so well that you can lay the entire system flat yet when together it’s a very thin notebook. 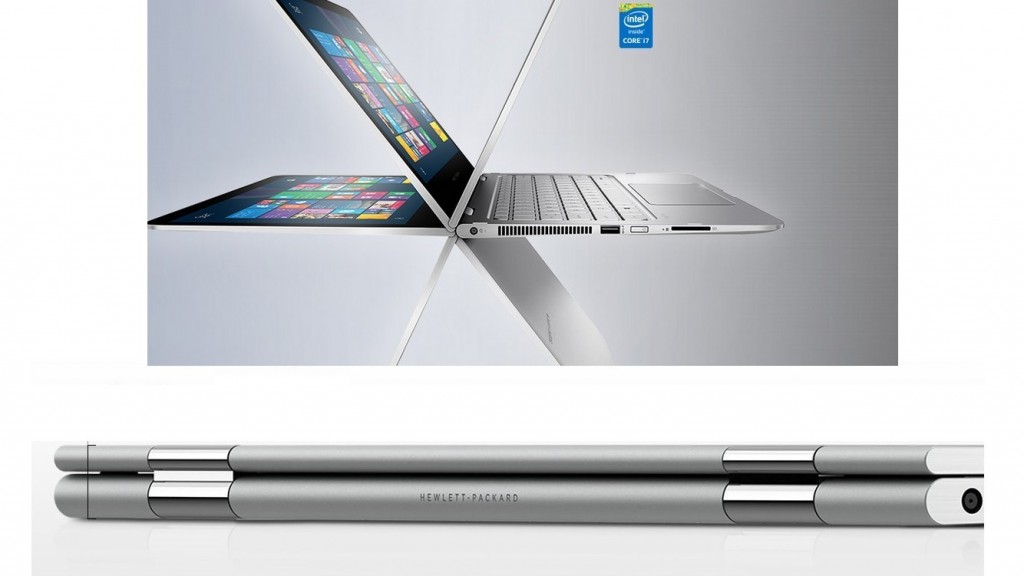 The Spectre x360 has an absolutely enormous and accurate trackpad too, which if you follow some of the premium brand notebooks as in the new MacBook, is an increasing trend. It also has some great connectivity with both HDMI and DisplayPort out, allowing for virtually all types of display connectivity inside the office (DP) and home (HDMI). The HP Spectre x360 also has three, ‘dummy proof’ USB ports, meaning that all three ports are USB 3.0 and all three have charging capabilities so there is no worrying about which port you are plugged into when it’s dark and your phone is running out of juice. 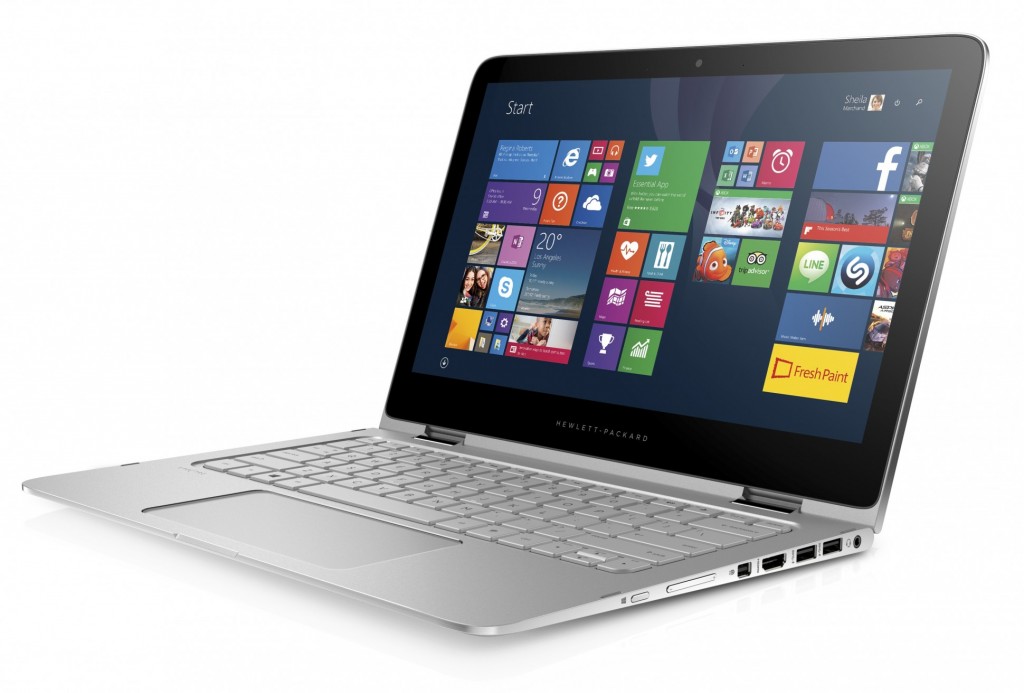 HP Spectre x360 is a notebook

For the follow-on product, I’d love to see a narrower, smaller version of the Spectre x360 that’s easier to use in tablet mode.

If you are looking for a 13” notebook, I strongly recommend you looking at the Spectre x360. Also, the Spectre x360 is the best 13” 2-in-1 I’ve ever used. I’m not alone as I’m already hearing out of the U.S. retail channel that the x360 is selling well and pulling volume away from Lenovo,’s higher-end Yoga, who basically invented the 2-in-1 space with its Yoga brand of convertibles.

Hewlett-Packard’s Omen is a targeted at gamers, real gamers or those who want to be gamers, who want to do their gaming on a notebook form factor. In a sea of notebooks that look very similar, the Omen has a very differentiated and cool design, and takes a few design cues from its Voodoo PC origins. It’s made out of light weight CNC-machined aluminum and has a dimpled, black matte finish. It looks like nothing you’ve seen before. 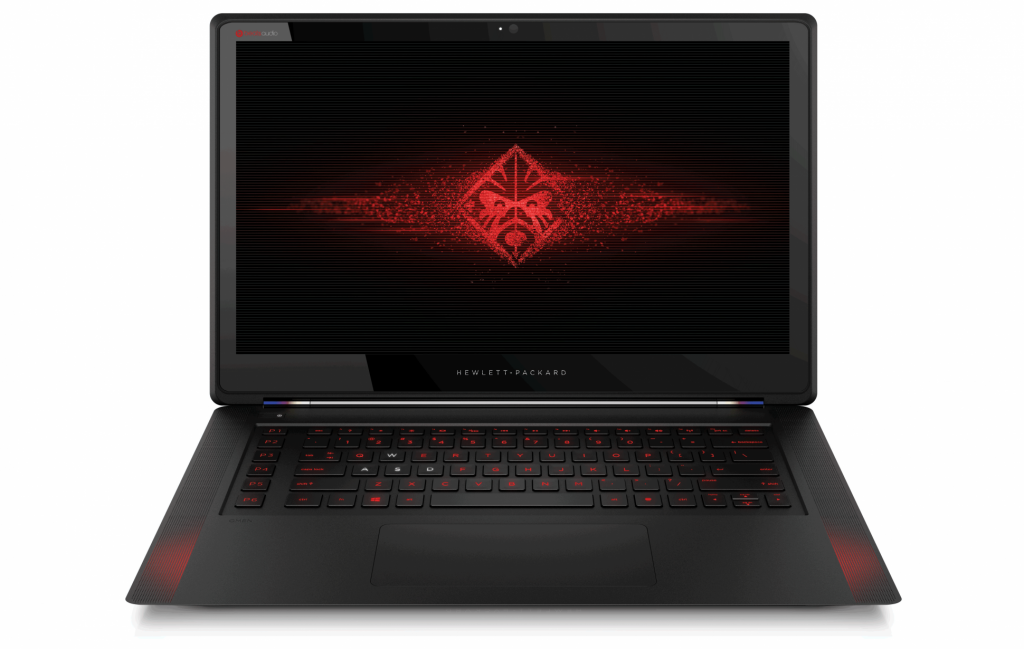 As it’s a gaming notebook, the Omen has customizable keys and customizable lights. It also has fully programmable macro keys on the side, like many gaming keyboards have today for MMORPGs and regular RPGs.

HP also did a lot of work on the thermals with this design to manage all of those high-end components with a system that pulls air from its unique base and exhausts it to the back, away from the gamer. The Omen also has some slight touches that make it seem more elegant, those include the animated speakers and when the battery is running low a light near the power port which lights up so you can plug it in when it’s dark.

I own a Razer Blade too and I like it, but I like HP’s Omen a whole lot more for a lot of reasons. The Razer Blade is like a matte black MacBook Pro with beefier gaming internals, while HP’s Omen was built from the grounds-up to be a gaming machine.

On the next version of the Omen, I’d like to see even more key and light customization, some speaker improvements, and of course as comes with every new gaming notebook, an upgrade to the latest graphics and processors. Maybe even look at the level of haptic feedback on the keyboard.

In just a few years, Hewlett-Packard has gone from essentially being a no-show in the premium consumer notebook space to having two exceptional offerings and the best consumer 2-in-1 and gaming notebook I’ve used so far. The HP Spectre x360 and Omen are a really good start and HP needs to continue to invest in their premium notebooks so that consumers accept HP more as a premium brand over time. These improvements also come at a time where HP is swinging for the fences with its “blended reality” innovations like Sprout and Multi Jet Fusion 3D printing technology. 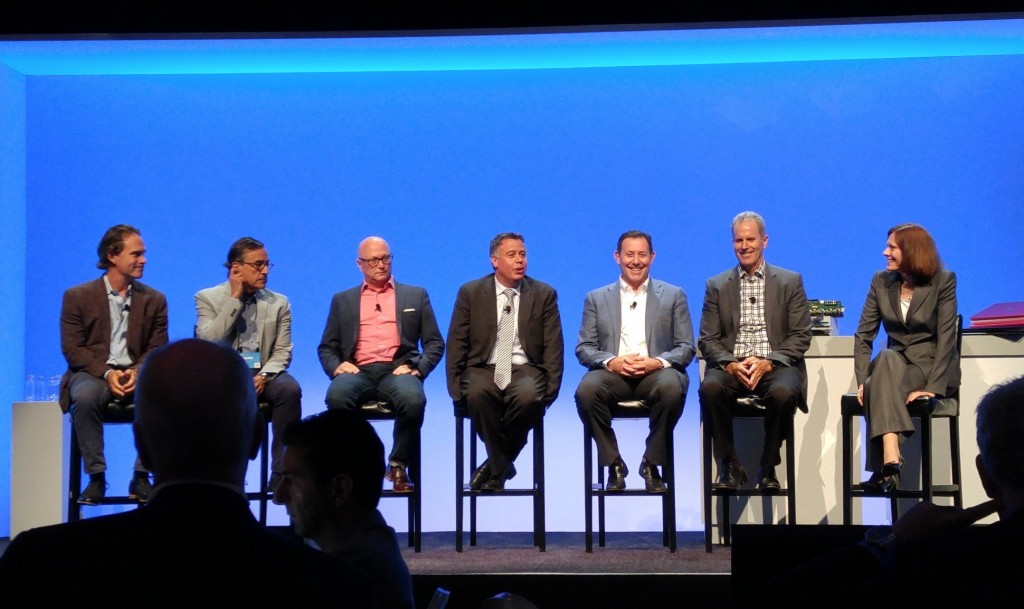 Long-term, HP must also find and own a marketing position that doesn’t cross paths with Apple, developing a closer, more personal connection with consumers. At Discover 2015 in Las Vegas, I sat down with both HP Inc. CEO Dion Weisler and recently appointed Chief Marketing Officer Antonio Lucio, to discuss this. While I can’t share details, what I can say is that they both know very precisely what needs to be done and are intent to do it. I’m excited to see what comes out of HP Inc. after November 1 when the split formally happens.

It’s an exciting time in PCs and regardless of where you fall in terms of premium notebook brand preference, there’s never been a better time to buy a new premium notebook.