Hewlett-Packard launched today and is shipping for production a new wave of cartridges for their Hewlett-Packard Moonshot System, the ProLiant m400, based on AppliedMicro’s (Applied Micro Circuits) X-Gene system-on-chip (SoC). This launch also represents the first enterprise-class shipment of a 64-bit ARM server.  While mileage will vary for every datacenter customer and application, Hewlett-Packard’s new Moonshot server could deliver up to 35% lower total cost of ownership (TCO) for scale-out web tier/caching environments compared to traditional servers, and I’d like to share more detail on the announcement. If you are looking for a deep dive on the ProLiant m400 and the TCO analysis, you can download our paper here. Let me provide some background first.

In 2011, ARM Holdings and its partners began promoting the vision of building extremely power efficient servers with an objective to reduce capital and operational expenses for workloads that don’t need the compute horsepower of traditional servers on the market today. As anticipation has been building in the industry for these ARM-based servers, the software ecosystem continues to grow, and customers have been performing limited testing to understand which workload may benefit from ARM servers vs. traditional server architectures. But until very recently, there have not been any production ready 64-bit ARM-based server SoCs nor have there been any true enterprise-class ARM-based servers available that customers can use to test, analyze and deploy into production. That is until now. 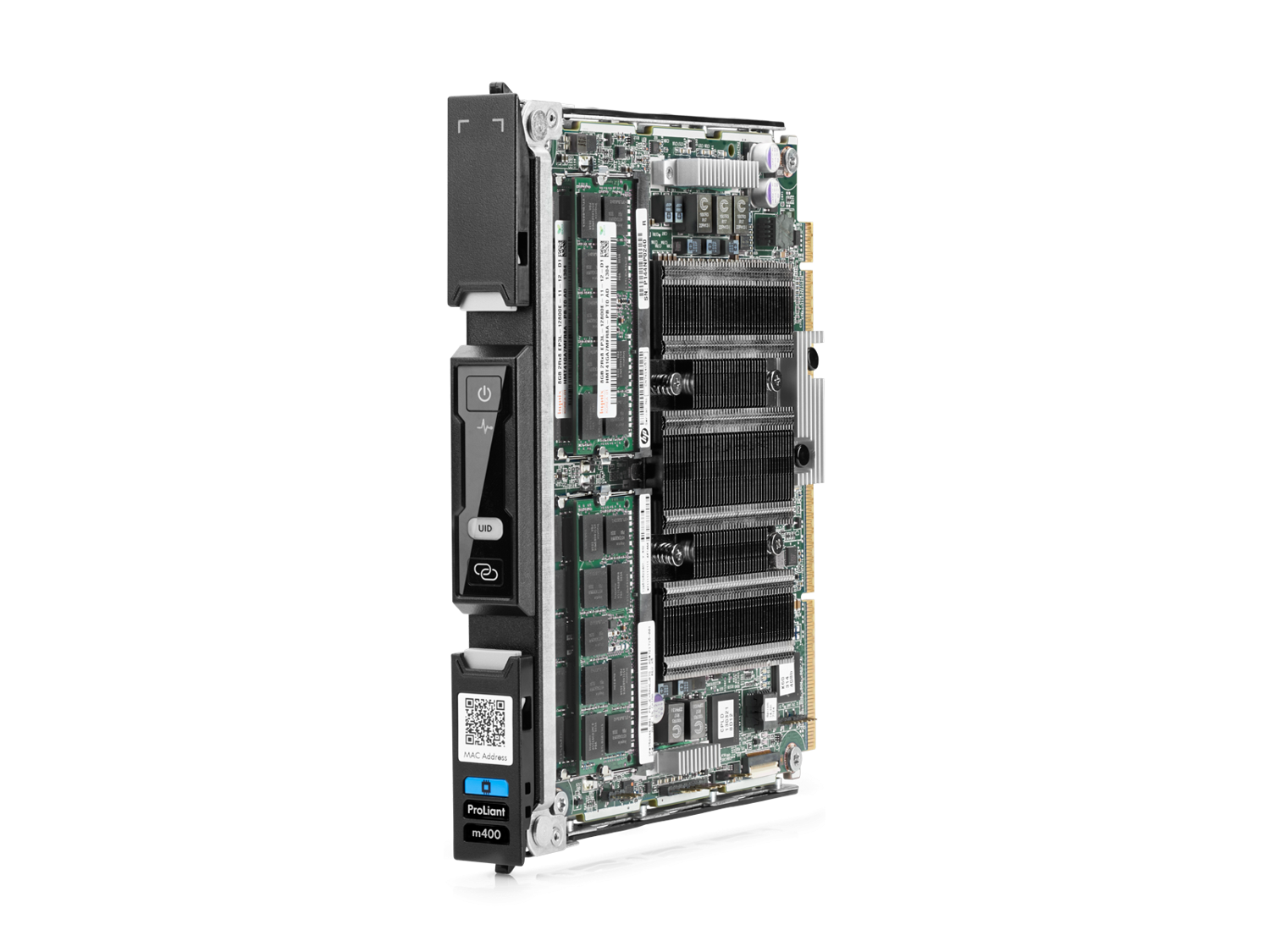 Earlier this year, AppliedMicro’s X-Gene became the first 64-bit ARMv8-based server SoC to begin shipping in production. And the launch of the ProLiant m400 based on AppliedMicro X-Gene will now provide enterprises the opportunity to truly see if ARM-based servers could be a beneficial reality for certain workloads in their datacenters.

Hewlett-Packard is initially positioning the ProLiant m400 as a web tier/caching solution for service providers, for commercial internet providers, early adopters of ARM servers, and the ARM server/mobile software development community. The key factor that will drive adoption of the ProLiant m400 cartridge for Moonshot or any other ARM-based servers will be whether or not they can deliver measureable value for customers when compared to their existing server solutions and for that matter, what other processor manufacturers brings to the table. For the majority of large scale datacenters, this value is measured in total cost of ownership (TCO) which includes both the acquisition cost of the equipment and the operating cost of using this equipment during its lifetime.

I want to be crystal clear that TCO equations are different for every datacenter customer and there is no one-size-fits-all methodology that will tell the whole story. The TCO scenario outlined in our paper illustrates a 35% potential savings when replacing traditional 1U servers with ProLiant m400 servers for web and applications tier in a commercial internet environment. In addition to these savings, the ProLiant m400 for Moonshot offers 66% fewer racks for the same performance and identical infrastructure across tiers to help ease load balancing.

While the data in the analysis could be used as starting point to understand the potential value of the ProLiant m400, we expect that all customers looking at multi-rack scale deployments of 64-bit ARMv8-based servers will perform their own detailed evaluations that take into account their own specific workloads and other variables for their datacenter environments.

Note- don’t make the mistake of thinking that HP’s Moonshot and the m400 cartridge is about ARM’s server licensees versus Intel. It isn’t. What Moonshot is all about is customized hardware in a leveragable chassis for specific applications and application environments versus homogeneous server computing. Don’t forget there are already Intel Atom CPU-based Moonshot cartridges for web tier, AMD-based APU (CPU+GPU) cartridges focused on remote desktop to today’s added APM’s and Texas Instruments-based DSP cartridges focused on certain real-time analytics and deep packet inspection. There will be many, many more Moonshot cartridges based on CPUs, GPU, DSPs and FPGAs. Finally, Don’t forget Intel is stepping up their heterogeneous computing with Iris GPUs, QuickAssist video transcoders, AVX, QPI bus,FPGAs, AES-NI encryption, Xeon Phi and now Xeon D. For sure, more choice in the datacenter is a positive sign for the industry and for enterprises.

If you are looking for a deep dive on the HP ProLiant m400 and the TCO analysis I refer to, you can download our paper here.