It has been known for quite some time that Google is working on a standalone VR headset. Standalone headsets are much more complex systems, because they incorporate not only the compute and display within the device but also the battery and tracking system. This can most easily be demonstrated by Intel’s Project Alloy VR headset announced last year at IDF. 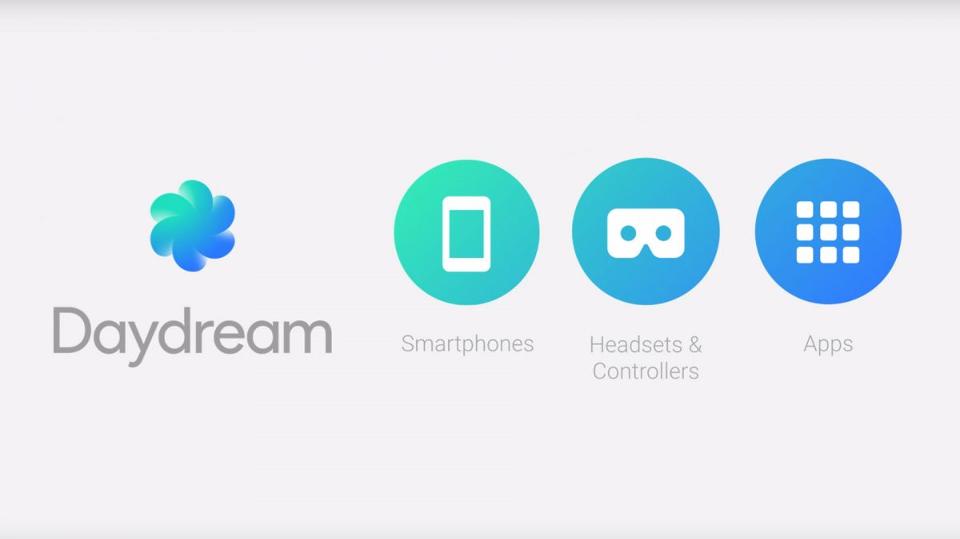 Qualcomm has also announced its own reference designs based on its Snapdragon 820, 821 and 835 mobile processors. The latest iteration of this platform, the Snapdragon 835 VR platform, supports not only 1440p per eye resolutions but also eye tracking for foveated rendering (rendering only what you are looking at) as well as hand tracking for gesture controls and positional tracking using built-in sensors and cameras.

Many other companies are also working on their own standalone VR headsets, like Facebook, however little is known about its capabilities or hardware. Facebook’s appears to still be in more of an experimental phase, but it fits the company’s desire to be a computing platform for extended reality, incorporating both virtual reality and augmented reality. We may see more about this headset later this year around Oculus Connect, if Facebook does one this year.

Google’s standalone VR headset is a natural progression of the company’s VR efforts, considering that both their Daydream VR and Tango AR teams are both in the same division of the company. Daydream is Google’s VR platform for smartphones and standalone headsets. Google Tango is the company’s smartphone AR platform, which may eventually find its way into an AR headset. Having both teams work together has allowed for the fusion of Tango technology into the Daydream standalone VR headset. It also will likely mean that future standalone headsets could see both Daydream and Tango applications running in the same device. What’s interesting is that Qualcomm’s Snapdragon processors are the only processors currently capable of both doing Daydream and Tango on the same device, as evident by the ASUS Zenfone AR and this new standalone headset from Google. What’s more interesting is that with the Snapdragon 835, it is able to do both Daydream VR and Tango AR tracking simultaneously, which is no small feat.
Standalone headsets like Google’s overcome many challenges that smartphone VR has including thermals, battery life, performance and tracking. However, standalone VR has its own challenges that that it needs to overcome. Standalone headsets like Google’s are more integrated with the power, display and compute all in the same device. This tighter integration allows for better performance and even tighter tweaking of the experience to ensure a high performance solution. However, these headsets tend to be heavier due to the fact that they have everything integrated into them. The thermals for standalone headsets are usually much better than smartphone VR headsets, because they can actually incorporate cooling which allows for better overall thermals which improves sustained performance.
However, the challenges with standalone VR don’t end just with hardware. Standalone VR devices are purpose-built for VR or AR usually with higher costs due to larger batteries, cooling, displays and higher performance compute. This means standalone devices are generally going to be as expensive as smartphones in many cases. This is a challenge, because you have to convince consumers to spend large sums of money on a single-use device, and you can only do that if there are enough applications to support it. Without the right applications, you won’t see many users be drawn to VR-specific devices. However, if costs come down, they become more accessible, and consumers are more likely to take risks on these single-purpose compute devices. Until the applications on standalone VR headsets match or beat those on smartphone, we won’t see people abandoning their smartphones as their primary compute devices.

Standalone VR headsets in my opinion solve many of the problems of today’s smartphone-based VR solutions, but they also introduce new ones. Perhaps with the integration of all of the features needed for VR into a single mobile headset, developers will start to target the platform more aggressively, but we still have to see that happen. I believe that in the short-term standalone VR headsets can make the mobile VR experience similar to a console experience that one would see on the PS4 but with much more portability and freedom of movement. Developers can also build premium experiences for VR in mobile and scale those experiences with the performance capabilities of the mobile devices much like we see on PCs and consoles today.

VR still has a long way to go, but standalone solutions based on Google’s reference design which should be out later this year will bring us much closer to the promise of mainstream adoption.