MU-MIMO WiFi throughput improvements on the Nexus 5x are substantial

In the world of smartphones there is a never ending list of specifications that are constantly considered by consumers when buying them. No line of phones is more scrutinized for its specs than the Google Nexus line of smartphones. This is primarily because the people looking to buy Nexus phones are already Android enthusiasts and want to have the best possible Android experience thanks to the direct update support from Google and ‘vanilla’ experience. However, in the past this has been accompanied by hardware that isn’t always the latest or the fastest. Google has blown through that past with the latest line of Nexus phones in the Nexus 5X and 6P. The Nexus 5X and 6P are replacements for the Nexus 5 and Nexus 6 which is the first time Google has released two new Nexus phones at the same time. One of the most overlooked upgrades to the new Nexus line of phones lies beneath their wireless connectivity and how much that new hardware enables a better experience and faster performance.

For comparison’s purposes I will be comparing the Nexus 5X against the Nexus 5 since I already have a Nexus 5 and don’t have a Nexus 6, I shied away from the Nexus 6 due to the phone’s enormity. The new Nexus 5X sells for a paltry $329 for the 16GB model, which is currently $50 off during the holidays. It features a Qualcomm Snapdragon 808 SoC, 5.2” 1080P LCD with Gorilla Glass 3, 12.3-megapixel main camera with f/2.0 aperture and 4K video recording and 2GB of RAM. All of this is powered by a 2700 mAh battery which is designed to give the phone a long battery life.

It also features three very forward looking technologies that are quickly becoming industry standards. The fingerprint sensor is one of the things that is quickly becoming an industry standard feature as it is already found in Apple’s and Samsung’s latest smartphones. The inclusion of a USB Type-C connector is also extremely forward thinking of Google considering how few phones currently utilize the standard which is going to eventually become the standard for most USB connectivity. Last, but certainly not least, is the addition of new connectivity that enables LTE Cat 6 carrier aggregation and 802.11AC multi-user MIMO Wi-Fi. I’ve extensively written about multi-user MIMO, also known as MU-MIMO, and even written a paper about its eventual expansion as an industry standard feature. That was with phones from Xiaomi in China, a leading smartphone technology innovator, but now Google’s Nexus phones also have it, giving the technology even more relevance than before to the U.S. and Western Europe. 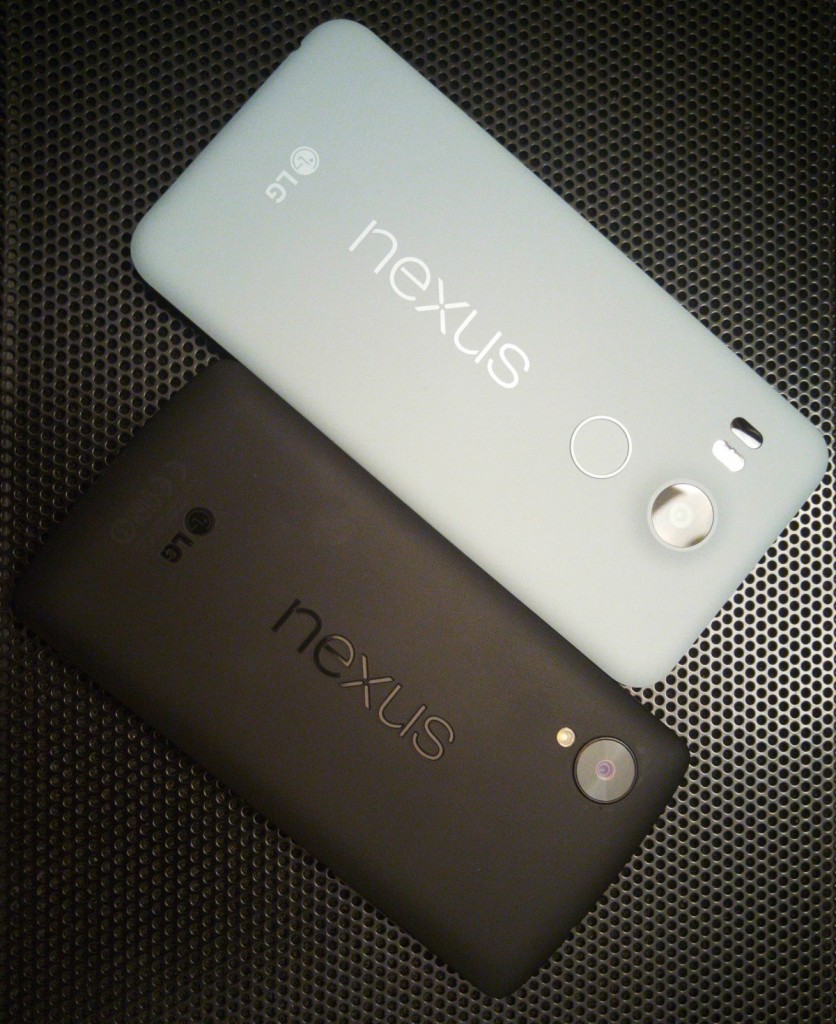 The new Nexus 5X makes a huge leap over the Nexus 5 and even the Nexus 6 in terms of Wi-Fi capability with not only the addition of MU-MIMO support, but also by featuring a 2×2 Wi-Fi antenna which significantly improves the Wi-Fi signal as well as the performance. By making these two major upgrades to the Wi-Fi connectivity of the phone, Google is showing the importance that they are putting on Wi-Fi as well as how much they believe a good Wi-Fi experience is important to the smartphone user. This is partly due to Wi-Fi’s growing relevance and how much carriers are trying to push users to use Wi-Fi when possible to improve their experience, the best example being the implementation of Wi-Fi calling with nearly all of the US mobile operators.

In order to really see how much Google has improved the Nexus 5X over the Nexus 5 Wi-Fi performance I asked Anshel Sag, Moor Insights & Strategy technical writer and technologist, to take a look at the two phones side by side in terms of performance while using a Linksys MU-MIMO capable router, the EA8500. Most high-end consumer routers nowadays feature 802.11ac MU-MIMO Wi-Fi capabilities which enable significantly better utilization of the router’s speed as well as overall better performance per device. But before testing multi-user MIMO capabilities, we just wanted to look at the performance difference between the Nexus 5X and Nexus 5 over Wi-Fi assuming that you don’t have an MU-MIMO capable router.

The SU or single-user testing, done using TCP, found that the Nexus 5X came in at a blazing 305 Mbps while the Nexus 5 only came in at 170 Mbps. We also tested with the Xiaomi Mi Note Pro, which we had used in our original testing of MU-MIMO capable smartphones and router and that phone sat in the middle with a download speed of 246 Mbps. Looking at two devices being used simultaneously, when the Nexus 5X was used along with a Xiaomi Mi Note Pro, the aggregate download bandwidth was 340 Mbps, this is compared to the Nexus 5 with the exact same Mi Note Pro only delivering 243 Mbps, almost 100 Mbps overall slower. In testing three devices, the fastest configuration unsurprisingly included two Xiaomi Mi Note Pros and the Nexus 5X, with an aggregate download bandwidth of 306 Mbps while the Nexus 5 with the same configuration only saw a total of 255 Mbps.

Upon switching on the MU-MIMO functionality inside of the router, we saw a pretty nice boost to the performance when multiple devices are using the network, which is expected considering that is MU-MIMO’s primary function. In fact, even in a single device configuration the Nexus 5X saw a nearly 10% performance boost at 332 Mbps with MU-MIMO turned on.

Moving on to a two device configuration, we were able to test the Nexus 5X with the Xiaomi Mi Note Pro and got an aggregate bandwidth of 381 Mbps, which is vastly better than the 237 Mbps that the Nexus 5 was able to deliver in the same configuration with a Mi Note Pro. This represents a massive bandwidth difference of nearly 150 Mbps, which is an additional 50 Mbps on top of what we saw in the single-user testing. Last but not least was the much awaited three device configuration, where we saw the Nexus 5X with two Xiaomi Mi Note Pro phones deliver download bandwidth of 408 Mbps. The Nexus 5, with the same Mi Note Pros was only capable of 300 Mbps of total bandwidth, which is a solid 100 Mbps slower than the same configuration with the 5X. What’s even more interesting is that thanks to MU-MIMO, even the Nexus 5 actually saw a slight performance bump jumping from 92 Mbps with the router in SU mode to 112 Mbps in MU-MIMO mode.

What this ultimately boils down to is that Google has made an extremely wise decision in their implementation of a 2×2 802.11ac Wi-Fi configuration with MU-MIMO. This technology gives the Nexus 5X some of the best Wi-Fi performance among most phones we’ve seen to this date and the best performance when multiple devices are being used on the network at the same time, especially with an MU-MIMO capable router. The overall performance uplift is as much as 30% as represented by our tests when going from single-user to multi-user MIMO and that combined with the improved signal and overall faster bandwidth makes Google’s decision almost a no brainer. Given WiFi is the preferred method of smartphone usage, I cannot wait to see this feature from other manufacturers like Apple, Samsung, but for now, Google’s Nexus 5X and 6P have the Wi-Fi advantage.