I have immeasurable respect for anyone who has planned, developed or launched a product. I did that for 22 years in the various tech companies I was with. This is why I was so dissapointed with Google‘s event today to launch 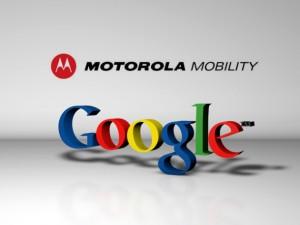 Motorola had the opportunity to do two things:

Unfortunately, during today’s event, Google did neither. Instead, it was a cornucopia of buzz words like “game changer”, “big bets”, and “new Motorola”  combined with me-too phone features that most other phones already have.

The event started with a  band on stage for the first 21 minutes of the 58 minute launch.  You could tell the audience of press and analysts were very uncomfortable as the band was walking through the crowd.  The band was trying to get the audience involved but they wanted nothing to do with it.

Google’s  chairman Eric Schmidt should have first talked about the “Internet of things” and how Motorola fits into that picture. Motorola could play a huge role there. Motorola then gave a very impressive history talk about how they were the innovators in mobile communications, including  examples  from Neil Armstrong  and the Dynatac.  There was a little bit of discussion around Google Glass and how Moto helped with the radios, but not enough to get the full impact and appreciation of what Motorola could bring to Google.  You don’t bring out your chairman to talk about what you would expect a CXO to discuss, things like Android ecosystem and activations.

Motorola then went on to talk abut its three big bets.  The three “big bets” Motorola outlined were:

These big bets strike me more as tactics or “to do” lists.  The biggest issue is that only one of the three “big bets” is differentiating. Everyone will have LTE in the U.S. On Android, every phonemaker except Appleincluding Samsung, HTC, Sony, LG, ZTE, and Huawei will have it. There is no doubt battery life is an issue with smartphones, particularly LTE smartphones.  The problem is that their examples to show off improved battery life were inexplicable.  The first example showed what you would need to add to an iPhone 4s to get the same battery life as a Droid Razr Maxx.  A mophie case was shown, but the problem is, this mophie case looks nothing like the mophie cases that the press or industry analysts use.  The one shown was huge and hideous looking, the ones we all use looks great.  I use the mophie charger, it looks great and it doubles my battery life.  Then there were the battery life metrics.  The first battery life example was about 16 hours of talk time. Yes, people still talk on their phones but it really is quite outdated measurement. The second was streaming video over LTE, which was 10 hours. I am unaware of any person on the face of this earth would actually stream 10 hours of video over LTE. They couldn’t afford it. According to the AT&T data calculator, streaming 600 minutes, or 10 hours of video eats 3GB of data.   Do that every day and you get 90GB per month.  Most data plans are 2GB per month.  The third example was streaming 27 hours of music over LTE.  According to the AT&T data calculator, streaming 27 hours of music eats 2.3GB (corrected) of data. You get the point.  Motorola could have better served giving battery life figures for web browsing and Angry Birds.

Net-net, Google’s missed an opportunity to reposition Motorola, differentiate the Razr phones and gave Apple and Samsung a lot less to worry about in the future.