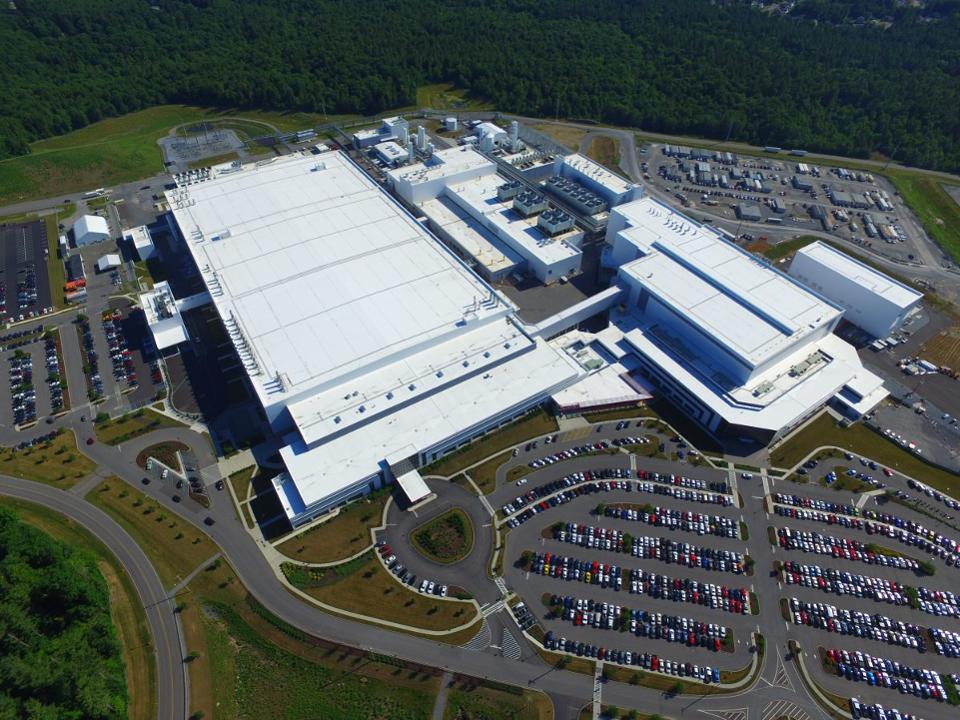 Fab 8 in Saratoga County, New York, where 7nm will be manufactured

Recently, the fab wars started to heat up between the world’s leading chip manufacturers namely, Globalfoundries, Intel, Samsung and TSMC. Globalfoundries has been making a lot of major announcements including their 22FDX expansion in China in conjunction with the Chengdu government. However, the Chengdu partnership doesn’t really cover leading edge nodes, but more mainstream nodes that are optimized for cost and flexibility at a specific performance and power level.

Hot on the heels of the 5nm announcement in partnership with IBM Research and Samsung, Globalfoundries is making two announcements around its 7nm manufacturing process. While the 5nm process is still in the test phases, Globalfoundries 7nm is much further along. In fact, today, Globalfoundries is announcing that their 7LP (Leading-Performance) process and FX-7 ASIC platform are available today for partners to start planning to utilize with design kits.

Geometry important but not everything

One thing I must mention first-  while geometry is still important, it is but only one of many factors in determining a quality fab technology. In the end, what matters is hitting the desired power and performance metrics at the lowest possible cost, regardless if it’s a leading node or not. In addition to geometry, people should also consider die per wafer, die area scaling (i.e. fin pitch, gate pitch, interconnect pitch, cache cell size), transistor performance and leakage, logic area scaling, cost per transistor, and yield, measured by good die per wafer.

Globalfoundries 7nm LP FinFET process could prove to be beneficial for some of Globalfoundries biggest customers like AMD who need the highest performance and density logic and cache memories. Advanced Micro Devices is currently using Globalfoundries 14nm FinFET process to build their new and impressive Ryzen CPUs and APUs. As AMD starts to deliver high performance CPUs and GPUs on a single chip they will need to have as much die area to work with and as low power as they could possibly get. 7nm FinFET would help companies like AMD continue to compete and offer the cutting-edge products that their customers are already starting to expect from them.

The 7LP process is a continuation of Globalfoundries low power work in previous nodes like 14nm with a focus on cost and power. However, with the introduction of 7LP, Globalfoundries is touting a 40% device performance improvement over 14nm while also talking about reducing power by up to 60%.

Globalfoundries 7LP process uses optical lithography, but is EUV “compatible” if a customer’s designs require it for one reason or another. Globalfoundries also claims an over 30% reduction in die cost with an over 45% reduction in target segments. 7LP is still a 7nm FinFET technology, with an expectation that the company will commercialize it in 2018, which isn’t far off, likely thanks to the strong early customer engagement they’ve seen on it. This process really has potential to steal lower power SoC business from Globalfoundries competitors like TSMC that are also vying for leading-edge node business.
Products expected to launch in 1H 2018, ramping volume in 2H18.

In addition to 7LP for high-performance logic and caches, Globalfoundries also announced initial customer availability of FX-7 for ASICs. FX-7 is a follow-on for FX-14 which has a leading 56G SerDes. This process would be used to build chips for hyper-scale datacenter acceleration, automotive, 5G networking and machine learning and deep learning applications. ASICs are short for “Application Specific Integrated Circuit”, which you may be familiar with relating to audio and video decoding and even machine learning like Google’s TPU. Design kits are available now with volume production expected in 2019.

In addition to the 7nm FX-7 and 7LP news, Globalfoundries in partnership with IBM and Samsung research teams together at the VLSI Technology and Circuits conference in Kyoto, Japan, announced the feasibility of 5nm with a functioning 5nm chip. This is a big deal for Globalfoundries and their partners because there were major doubts that anything under 7nm would be possible or coming any time soon. However, the research and testing conducted using Extreme Ultraviolet (EUV) lithography technology. Using EUV along with stacked nanosheet technologies IBM in partnership with Samsung and Globalfoundries built a functioning 5nm test chip.

The combination of 22FDX expansion, FX-7, 7LP and 5nm are all very impressive Globalfoundries announcements.  While the real rubber meets the road when it comes to real customer commitments and successful production, this is a very good start. Given Globalfoundries success with both AMD and Qualcomm, it raises my confidence for the future as not only does the roadmap look better, but it appears execution has improved as well. I don’t think very many would have called that Globalfoundries would be on a bit of a roll right now, including me.  Nice job.