If you’re like me, you are scrambling last minute to get your friends and family the latest tech gifts. You might be thinking about a new tablet, an iPad, game console, 2 in 1, or maybe even a smart watch. One gift that could be even more useful than all of those could be a new wireless router supporting the new gigabit-speed 802.11ac standard with a home traffic “manager”. I know, it doesn’t sound as sexy as that Samsung Gear or Qualcomm Toq 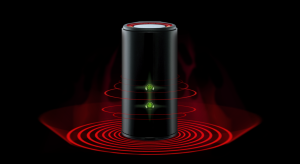 watch, but hear me out.

Home wireless routers today are the lifeblood of phone, tablet, notebook, game console and TV communications around the house. Most of today’s routers installed in the home are based on the 802.11 “G” or “N” WiFi standard, delivering theoretical maximum speeds of 54Mbps (G) to 450Mbps (N). The reality, though, is that the tested maximum speeds are more like up to 20Mbps (G) to 200Mbps (N) and more likely in practice, less than half that at 10Mbps (G) to 75Mbps (N). When you add in interference from other devices like your neighbor’s router that use the same 2.4Ghz and 5Ghz. bands, different floors in the house, and multiple people hitting the router at the same time, the real data rates could be even lower. If you were wondering why your WiFi seemed so pokey when your internet provider said things were OK, now you know a reason why. There are solutions, though .

Based on figures from Qualcomm, new wireless routers based on the new 802.11AC standard can double the theoretical maximum throughput, but could more than quadruple the real maximum speeds compared to 802.11N-based modems. Qualcomm shared with me numbers from their own labs showing that at the same range at 5Ghz, their “N”-based routers delivered 200mbps speeds while their “AC”-based routers delivered 800mbps speeds. This is nearly as fast as wired Ethernet. The farther the distance out and noise, Qualcomm’s “AC”-based router delivered 400mbps while their “N”-based router scored 100Mbps.

Does anyone really need the speed?

You may be wondering, why do I need 1,000Mbps theoretical speeds when my cable modem only goes up to 50Mbps? First of all, remember, the following will degrade your individual, online experience in your house:

So yes, in this multi-device, multi-service world, speed helps a lot.

To get the full benefit of “AC”, you need to have the client device like the phone, tablet or notebook support “AC” as well.  Because “AC” is that much faster, the data gets downloaded faster and the WiFi chipset and much of the device isn’t doesn’t use as much power as much as one based on “N”. Also, the silicon that goes into “AC” devices is manufactured on a smaller “process”, drawing less power. According to Qualcomm, “AC” devices can use up to 6X less power than “n” devices.

Have you ever wondered why even though you pay all that money to your cable company for the 50Mbps connection, one other person in the house downloading a file can hog all of that bandwidth while you are trying unsuccessfully to play a game? There can be a lot of reasons behind this, but more than likely, it’s because your router lacks intelligence. Yes, your router is dumb as it cannot distinguish between devices, services or apps. Typically, the first person who hogs the bandwidth gets the priority.

Qualcomm has created a technology called StreamBoost that automatically gives apps and devices the right kind of bandwidth to deliver the best experience. For example, the quality of the download should differ whether it’s Netflix, Minecraft, or Windows Update. Netflix should get the highest priority with the highest bandwidth followed by Minecraft that just needs low bandwidth but very high priority followed by that Windows Update that can update at 2am while everyone is sleeping. Qualcomm’s StreamBoost helps in these over-subscribed instances and provides a quality of service that the services need.

Where can I find “ac” devices?

Hopefully, based on what I wrote above, you can see the value in routers, phones, tablets and notebooks with 802.11ac WiFi. Now the question is, how do I get it? For my router, I use the D-Link AC1300 (DGL-5500). You can find other routers by doing a Google search on “802.11ac router”. As for the client devices, AC isn’t pervasive, but you need to look closely at the technical specifications for many of these devices. In the technical specifications, just look for “ac” after the WiFI. Of the devices I have, the HTC One, Moto X and the Netgear A6200 USB adapter worked pretty well.