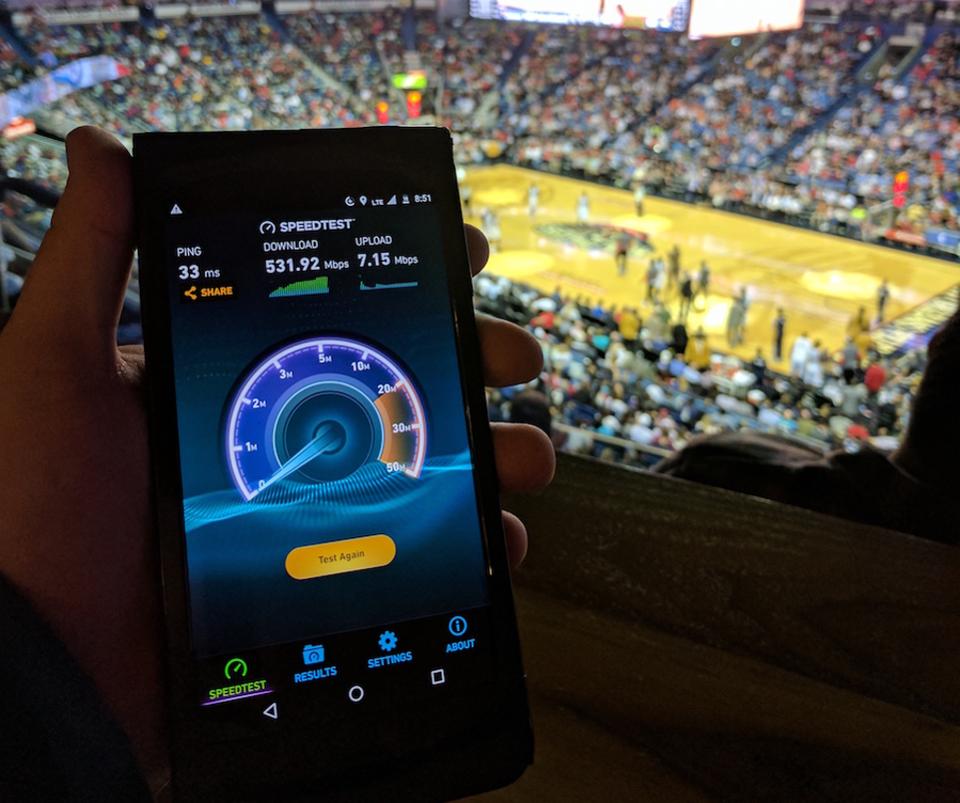 After recently attending the 4G/5G Summit in Hong Kong, two things became extremely evident: not only is 5G coming very soon, but Gigabit LTE will be crucial to making 5G mobile a good experience. By providing an anchor or high-bandwidth coverage layer for early 5G networks, Gigabit LTE ensures that when 5G coverage is lost, the user doesn’t fall off a performance cliff. Operator after operator and OEM after OEM talked about the importance of LTE to the early success of 5G (with 5G smartphones expected for commercial launch in 2019). At this point, there are 41 different operators in 24 different countries that are either rolling out or planning to roll out Gigabit LTE. All four major carriers in the US are already in the process of deploying Gigabit LTE, with some of them expecting significant deployments by the end of this year. There are now over a dozen Gigabit LTE devices on the market, which means there are more than enough devices and choices for consumers when it comes to getting Gigabit LTE. Some of these devices include Samsung’s Galaxy S8 and Note8, HTC’s U11, LG’s V30 and the Moto Z2 Force.

Gigabit LTE is comprised of three key wireless technologies designed to reach a peak theoretical maximum throughput of 1 gigabit per second: 3x Carrier Aggregation (CA), 4×4 MIMO (multiple input multiple output) antennas, and 256QAM (quadrature amplitude modulation). While the name Gigabit LTE itself denotes the maximum theoretical throughput of the modem, the reality is that speeds do vary greatly from network to network. However, Gigabit LTE is bringing significantly faster speeds to operators’ networks than they had before, and operators are very eager to adopt it. The reason for this isn’t because they’re planning to charge extra for Gigabit LTE, but because it helps make their network more efficient. This ultimately translates to faster average speeds for all users, not just those on Gigabit LTE.

I got to witness this capability first hand with the first Gigabit LTE network in the world,  Telstra ’s network in Australia. I got peak download speeds of over 400 Mbps and could do a multitude of things simultaneously, over the same connection. Gigabit LTE has already started to make its way to the United States, with all four carriers committing to Gigabit LTE (albeit some with more concrete dates than others). I have seen Gigabit LTE deployed at a basketball game in New Orleans on Sprint’s network, with what was later discovered to be the Moto Z2 Force. During the game, the phone achieved download speeds of over 500 Mbps, while other users were simultaneously using the same network to share their experiences. Faster speeds exceeding 700 Mbps and 800 Mbps were also obtained inside the empty arena, showing the maximum capabilities of the network.

After these experiences, I had to take Gigabit LTE for a spin in my hometown, San Diego. The testing occurred on an LTE-A network that didn’t quite support Gigabit LTE speeds, but could come close with the right spectrum availability and backhaul. I took my Samsung Galaxy S8+ with Cat.16 Gigabit LTE capability and my OnePlus 5 for comparison—I wanted to see the difference between Gigabit LTE and Cat. 12 LTE. In my testing, I ran speed tests on both devices (about 60 times each) and averaged the download, upload and latency from each. 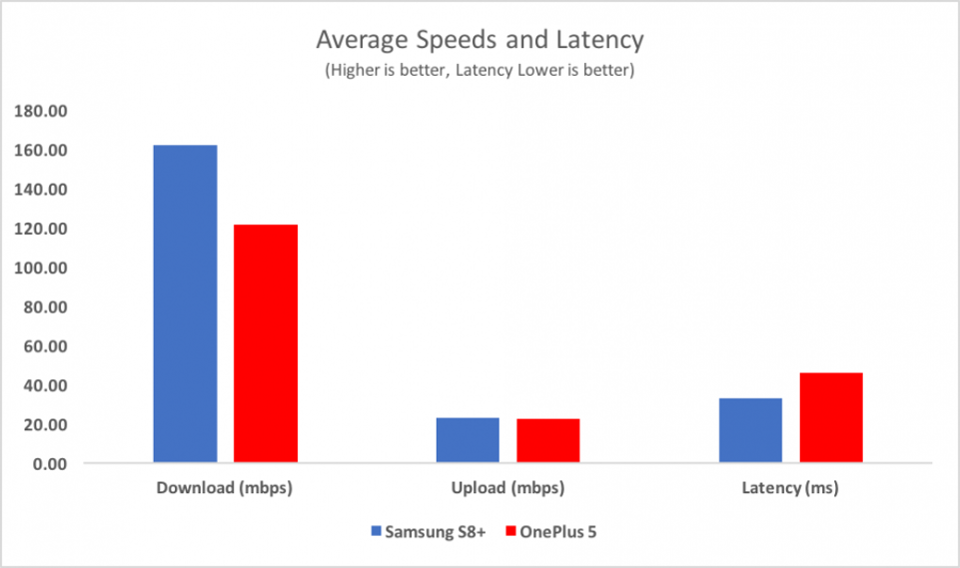 Average speeds and latency of the Samsung Galaxy S8+ vs. the OnePlus 5.

My findings showed the Samsung Galaxy S8+ was able to pull down an average download speed of 162.13 Mbps. In comparison, the OnePlus 5 had an average download of 121.74 Mbps. These devices were both tested at the same time, alternating runs on the same cell tower. This guaranteed roughly the same cellular environment, without the devices interfering with each other’s speed test runs. I achieved 30% faster speeds on the Samsung Galaxy S8+, thanks to its support of Gigabit LTE technology.

While these results are not going to be the same everywhere, I do expect that we’ll see similar results with  AT&T , Verizon, and Sprint, as their Gigabit LTE networks roll out this year. I’ve been seeing more cell sites with Gigabit LTE technologies (like 4×4 MIMO) from all the carriers, especially T-Mobile . With the addition of LAA from operators in the US, we could very soon see speeds that rival those that I saw in Australia and New Orleans. Not only will Gigabit LTE aid in the rollout of 5G, but it produces real performance improvements—who wouldn’t want that?