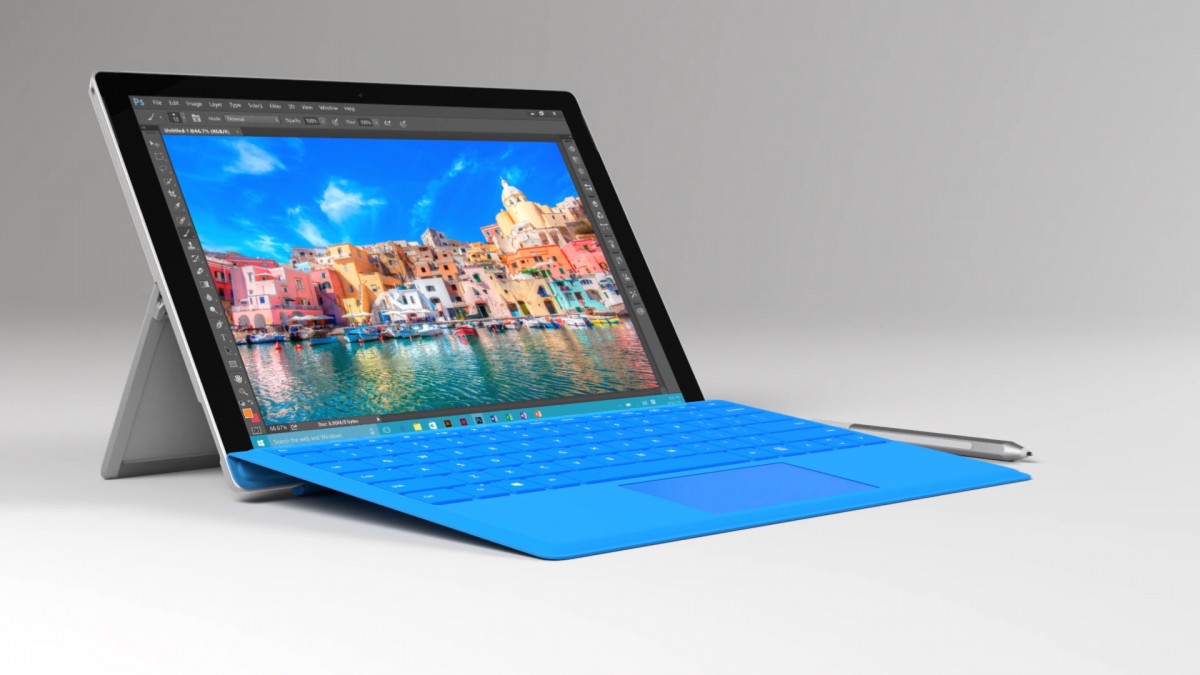 The PC market has seen brighter days, especially when it comes to the traditional desktop power form factor. In Q4 2015, the PC market continued to struggle, but according to IDC’s data there was a bright spot in the PC space that belongs to convertibles and detachables. This is a group of PCs that follows the evolution of the PC as a form factor starting as a tower with a monitor and eventually reaching modular and detachable status. Microsoft’s decision to make the Surface line of products was a controversial one that eventually paid off because it drove others to explore the category as well and has led to some interesting new PC designs from different OEMs.

Simply looking at Dell’s commercial 2-in-1s that were announced at CES, HP’s Elite x2, Samsung and Huawei’s new devices, you can see that Microsoft really did it. Microsoft actually created a new category of Windows PCs and drove the market in the direction they intended to. Microsoft’s experiment with the Surface Pro line of products was further validated when Apple announced the iPad Pro. Apple traditionally never responds to anything as they’re traditionally the market creator and leader, but it was quite clear that Microsoft’s Surface Pro line helped motivate Apple to announce the iPad Pro and many of the design decisions in it.

The Surface Pro 4 has a lot of positive things about it, with one of the biggest and most unique features being Windows Hello. I honestly don’t know how I lived so long without Windows Hello’s face login. The keyboard is also fantastic in many ways. It is rigid enough to be lappable which makes it the right combination of flexible and rigid for multiple uses. The keyboard also has a giant glass trackpad from Synaptics and the spaces between backlit keys is also much better than the previous generations. I actually feel like this kind of keyboard is missing on my Apple iPad Pro. In fact, I can almost type as quickly as I normally would on a full size notebook. I’m not a great typer, but the new keyboard is working for me.

Microsoft also significantly improved the dock for the Surface Pro 4 which makes desktop modularity really easy. It supports GigE, two 4K displays, audio, and 4 USB 3.0 ports. For extended desk use, Microsoft has also managed to perfect the kickstand so that the tablet is always angled perfectly for however you want to use it. Away from the desk, the battery life is pretty good. I managed to get about 7 to 8 hours which is in line with most of the press reviews I’ve seen. The charge time on the Surface Pro 4 is really great too and includes a USB port on the charge which I consider to be invaluable since I pack ultra-light everywhere I go. The port enables me to leave one charger at home.

When it comes to the performance and active cooling on the Surface Pro 4, I rarely heard the fan inside kick aside from the initial indexing and syncing of Office 365, Cortana and OneDrive. This is taking into account that the tablet itself has some pretty notable specifications. The internal components include an Intel Core i7 6th generation Skylake processor, 16GB of DDR4 RAM and a 1TB SSD, nothing to balk at. It outperforms the iPad Pro when it comes to multitasking and integer performance but only if you are looking for Core i5 and above performance. Let me be very clear, though, that the usage models of the iPad Pro and Surface Pro 4 are not the same. Microsoft also offers a Core m3 fanless version of the Surface Pro 4, and it would’ve been nice to see them offer m5 and m7 variants as well. All of this performance powers a gorgeous 12.3” PixelSense IPS LCD running at 2736 x 1824 in order to maintain the Surface Pro standard 3:2 aspect ratio.

While on the topic of the display, Microsoft acquired N-trig the company that helped them with the touch and pen technology inside of their Surface Pro line of products. The N-trig pen solution with the accuracy of 1,024 touch levels giving it unprecedented sensitivity and accuracy when writing on the screen for Microsoft solutions. I did feel the Apple Pencil was more responsive. The pen experience, as a result, is much improved. The pen even has an eraser, which I think is just brilliant and natural if I regularly used a pen.

While there weren’t many reservations about the Surface Pro 4, I did have a couple. Like many, I experienced many driver challenges with the sleep and wake modes as well as graphics and dock issues. These are fixed and appear to have improved over time, but would have been nice to not to deal with at all. The Wi-Fi performance on the Surface Pro 4 was also not great. Microsoft could have done better here but I also know that it’s tougher to do so in this form factor. Compared to laptops, it still lacks in performance but shows an improvement over the previous generation. This isn’t a smartphone, so there is still some room to do a decent 2×2 implementation or even 3×3. Having something like 802.11ad would also have been nice since it could enable a whole host of new use cases and future connectivity, but hopefully Microsoft will consider that for future versions.

There are some things I’m on the fence with. I would have preferred USB Type-C and Thunderbolt over backward dock compatibility. However, this device was months ahead of other competing Intel Skylake products and Thunderbolt 3.0 docks are still extremely difficult to find and only a few OEMs even have them available. Some of my reservations about the Surface Pro 4 have led me to believe that the SurfaceBook still makes a better laptop, which I am currently using. The magnetic pen on the Surface Pro 4 is nice until you need to travel because the pen gets knocked off the side easily inside of a backpack. I actually ended up losing one of the magnetic Surface Pro 4 pens because they fall off so easily.

Overall, the Microsoft Surface Pro 4 is easily the best Surface Pro to date. It is no longer just a device, but an entire device category thanks to Microsoft leading the charge with the Surface line of products and the OEMs that followed them into it. The Microsoft Surface Pro 4 has a lot of good things going for it including its latest generation Intel 6th Generation Core processors and updated pen technology. Microsoft could still use some more polish on the software side when it comes to drivers and firmware, but they have been improving with each generation and hopefully their next product will launch without any major driver issues.