Fossil recently announced a line of smartwatches and so becomes one of the newest non-tech players in the wearable technology space. Companies like Nike, Under Armour, and Adidas have all made forays into wearable technology, but some of them have failed and others have yet to attain major success. Nike’s band was abandoned, and Under Armour’s device with HTC has encountered multiple delays. The reality is that success in the wearable tech space is very difficult, especially for non-tech companies. This is why Fossil’s partnership with Intel is crucial to their ability to bring wearable tech to market. Fossil’s entry also means they believe wearable tech is important to stay relevant in the consumer watch market. 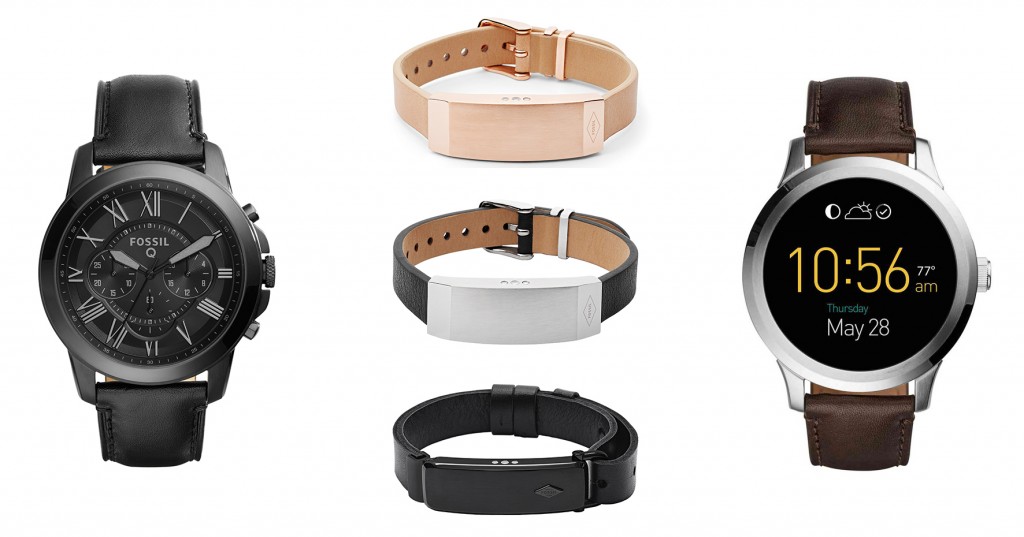 Fossil is the number one manufacturer of fashion watches in the world. They make many watches for designer brands in addition to their own. Fossil is much like the Luxottica of watches, making products for many designer brands. Eventually, there’s a good chance that many designer watch brands will ask Fossil to make wearable tech under their names as well.

Fossil joining the smartwatch race only means that we can expect better looking smartwatches and, as a bonus, better looking designer watch faces. Fossil’s new Q Line is made up of four new products: the Q Reveler, Q Dreamer, Q Grant, and Q Founder.

The Q Reveler and Q Dreamer look like extremely fashionable activity trackers (see: Fitbit), while the Q Grant and Q Founder look like a regular Fossil watch and a smartwatch respectively. Although the Q Grant looks like a regular Fossil watch, it has smart internals that track activity and give notifications; unlike other smartwatches, the Q Grant is heavily dependent on Fossil’s own app rather than Android Wear. The Q Founder is developed in partnership with Intel and runs on Android Wear. It looks very similar to the Motorola Moto 360 I just reviewed but certainly has its own unique design language that fits the Fossil brand.

Fossil finally coming into the market means that companies like ASUS, Fitbit, Huawei, LG Electronics, Microsoft, Pebble, Samsung Electronics, and Sony will be forced to step up their design language and aesthetics even further. Fossil has partnered with Intel to provide the electronics to enable these wearable experiences, so they aren’t starting from the ground floor. Companies like Huawei and Motorola have already stepped up their wearable designs significantly, but companies like Fitbit are going to have to spend more on improving the design of their products to keep pace with the likes of Fossil.

The improved appearance of wearables will ultimately help the smartwatch and wearable category as a whole, because a lot of people simply don’t like the look or feel of a lot of wearables. I can tell you from personal experience that even some of the best looking smartwatches don’t necessarily have the same material quality as their regular watch competitors.

Fossil’s pricing is also competitive with the rest of the market. Their Q Reveler and Q Dreamer are both priced at $125, while the Q Grant is priced between $175 and $195, and the Q Founder is priced at $275. These price points are competitive with the rest of the field, while also commanding a Fossil premium for being better looking. Sure, looks are subjective, but it’s pretty obvious their Q Line is much better looking than the average activity tracker or smartwatch.

Having someone like Fossil finally enter the smartwatch space means that consumers will get more and better looking choices and that competitors will have to improve as well. Hopefully we will see more serious watchmakersfollow Fossil into the wearable tech space, so prices can start become more accessible.

Fossil’s entry legitimizes the smartwatch as more than just a fad, as they are one of the driving forces of the entire watch industry. If Fossil is willing to dive in, then they clearly think wearable technology is more than a fad.