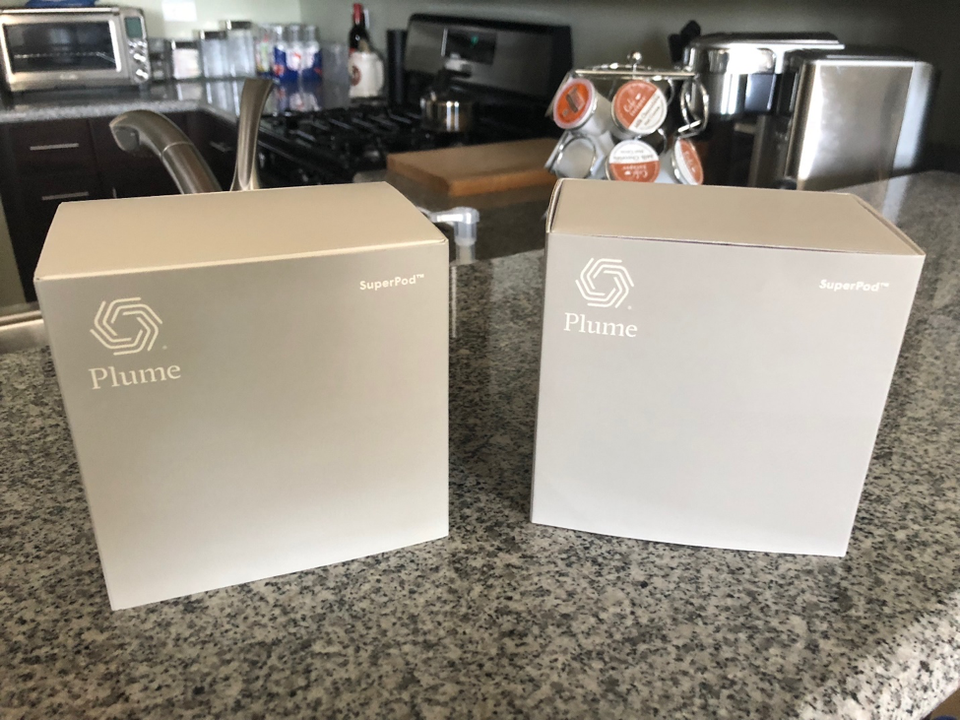 If you’ve visited a major U.S. retailer over the past 2 years looking for a new home wireless router, you have almost certainly seen a new crop of routers claiming “mesh” networking capabilities. While that might just sound like marketing jargon, mesh networking does, in fact, deliver meaningful benefits over non-mesh (e.g. old!) Wi-Fi routers.

Mesh networking systems offer a variety of advantages to a consumer, especially in today’s smart home where upward of 20 or more smart devices (e.g. PCs, notebooks, smartphones, tablets, smart TVs, gaming consoles, smart thermostats, etc.) are vying for precious Internet bandwidth. Additionally, the average American home is now 2,600 square feet according to the Census Bureau—large enough that a single router may not provide sufficient broadband coverage to every room, nook, and cranny where a smart device might be located. Mesh networks provide consistent, reliable Internet throughout large homes, even those constructed with materials which are not conducive to wireless transmissions such as sheet metal and concrete.

Beyond providing broader, more reliable bandwidth coverage, mesh networks are robust, highly efficient, and self-configuring. In my research, most mesh networking systems are often extremely easy to set up—something that can’t be said even today with many routers on the market.

Palo Alto-based Plume was an early entrant into the mesh networking category when it introduced its original mesh “Pods” in early 2017. Now it has announced an interesting new Plume Membership program, featuring a new SuperPod designed to take mesh performance to the next level. Plume’s Pods are hexagonal-shaped modules that fit in the size of your hand and can be plugged into any AC outlet. 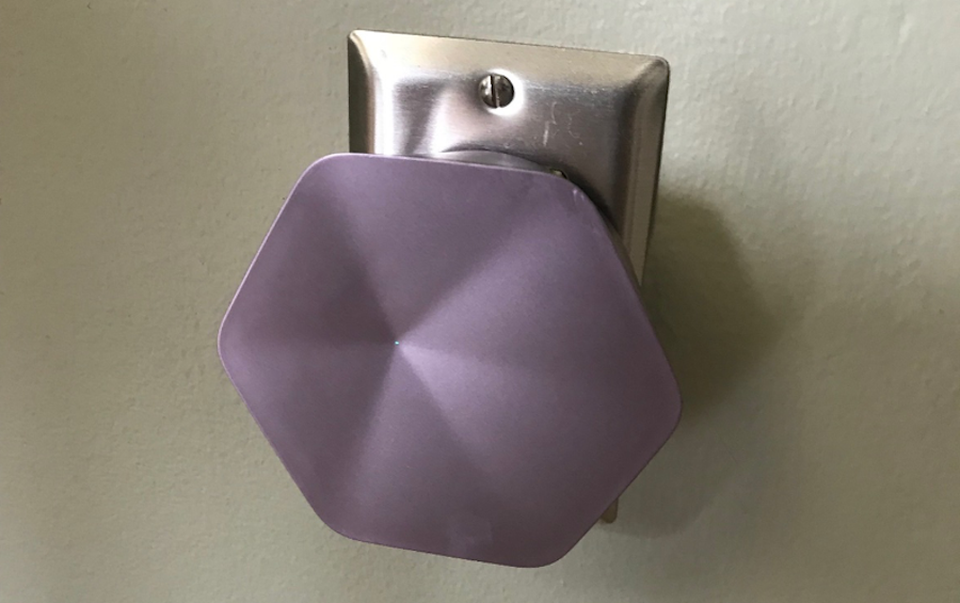 Plume has a refreshingly holistic approach to home networking—it’s not really interested in just selling you just a piece of hardware. Instead, Plume seeks to provide adaptive wireless distribution throughout the home, finely tuned to customers’ unique needs. Additionally, it seeks to offer consumers control of what goes on and off in their homes. Plume’s Adaptive Home WiFi capability literally “learns” your environment and optimizes performance for the best possible, reliable home wireless experience. Both Comcast and Bell Canada have been offering Plume’s mesh network offerings to large cable operators since mid-2017; these millions of users which generate a huge amount of algorithmic learnings for Plume’s adaptive optimization capability to utilize.

The new Plume Membership provides valuable home networking tools (see chart below), and is available at $60 regardless of how many Pods you have in your home. Tools included in the membership include powerful password management, monitoring household devices, parental controls, measuring and tracking performance and 24/7 support. 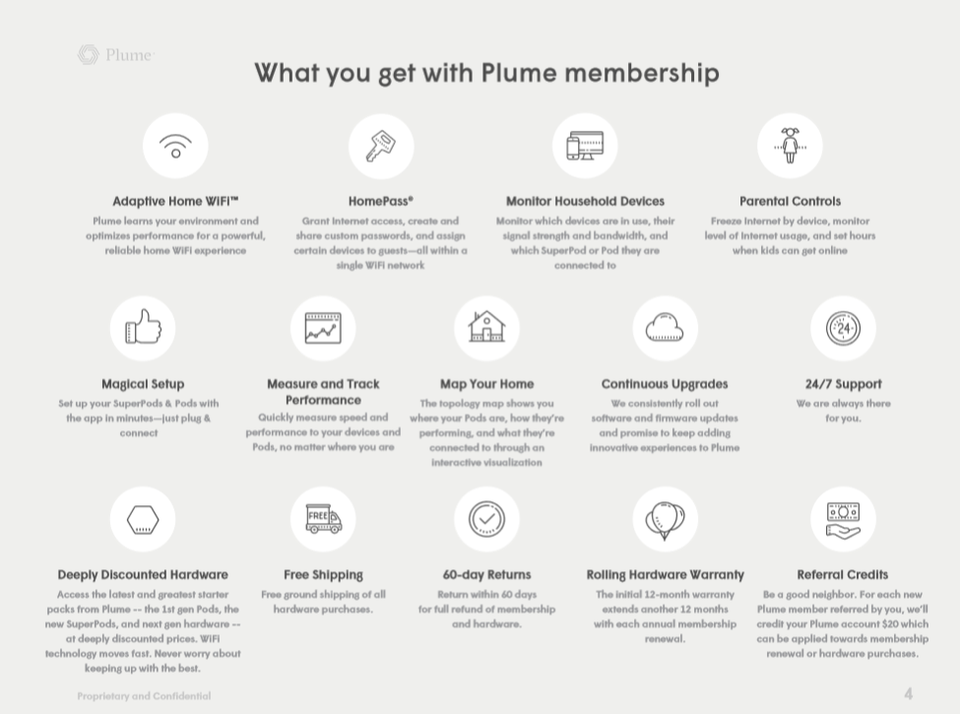 With this announcement, Plume is also introducing a new SuperPod that is slightly larger than the first generation Pod, up to 4 times faster and has two integrated Ethernet ports. The new SuperPods pack significantly more horsepower than the first-generation Pods, with a tri-band radio design that offers 4×4 MIMO 802.11ac (5GHz), 2×2 MIMO 802.11ac (5GHz) and X MIMO 802.11b/g/n 2.4GHz support (the latter being very important since many legacy home IoT devices require a 2.4GHz radio band). Kudos to the Plume engineering team for packing so much technology in such a small form factor—one of the nice advantages of the Plume Pods is that they are almost unnoticeable in the rooms where they are plugged in.

Plume offers a number of bundle packs, targeted at different size homes: the 1-2 bedroom Starter Pack ($39 for 1 SuperPod and 2 Pods), the 3-4 bedroom Starter Pack ($99 for 1 SuperPod and 4 Pods), the “SuperFast” 3-4 bedroom Starter Pack ($199 for 3 SuperPods), and a 5+ bedroom Starter Pack ($259 for 4 SuperPods). All of these bundles require you to subscribe to the $60 annual Plume Membership that I detailed earlier. There is also an optional one-time $200 fee that provides lifetime Plume Membership (which might be the most economical choice as most consumers will use the Plume system for more than 3 years). Plume says its Pod hardware will continue to function in a limited basic manner if the annual membership is not renewed, but the consumer will lose some performance optimization enhancements, as well as some features and controls. I encourage consumers to take these subscriptions seriously and view them as a high tech insurance policy for your home. It is a small price to pay to keep your hardware optimized and performing at its peak efficiency. Otherwise, it essentially defeats the purpose of having a mesh networking solution that is intelligent and dynamically adapts on the fly based on how you and your family utilize bandwidth on your home wireless network.

My experience with the product

I tested the new Plume SuperPods in my 1,800 square foot loft in San Jose, and was very pleased with the overall product setup. Within 10 minutes of disconnecting my existing router and plugging my cable modem into the first SuperPod, I was up and running, using the Plume iOS app to configure my system. Within a few minutes, it was able to find the second SuperPod that I installed downstairs on the first level. My initial testing showed robust device connectivity speeds (my iPads, iPhone and iMac all showed download speeds in excess of 330Mbs and reasonably low latency of 11.3ms). One of the challenges that I like to throw at new routers is the small “problem” room on my home floor that has historically been nearly impenetrable by WiFi. I had no issue accessing this room with the SuperPods installed. I was even able to access my home network from the outer hallway in my building, which shocked me since my building has very thick walls and doors. Other than the Plume SuperPods, the only router that could do this was the Norton Core, which I enthusiastically reviewed several months ago. Norton Core prides itself on offering robust protection at the IoT device level, albeit in a larger sphere form factor. Core will reportedly have a future software upgrade that will enable mesh connectivity with other Core units later in the year (which I will review when it becomes available).

Plume represents an important new approach for distributing wireless bandwidth throughout the home in an adaptive, easy, fast, and (I believe most importantly) consistent manner. I’ve written extensively on how important improving the home network wireless infrastructure is to fulfilling the potential of the smart home. The days of solitary routers are over—this traditional approach is simply not effective enough to provide consistent wireless access throughout large homes. Additionally, the growing number of smart devices in today’s home requires sophisticated adaptive intelligence and scalable computing power to be effectively managed. While some consumers may still view a home wireless router as simply something to just buy and forget about, the subscription approach heralds a new way to view home networking in a long-term, cost-effective manner that comprehends the continually changing way consumers access the Internet throughout their home. Plume’s new membership approach, along with the powerful new SuperPods, are terrific examples of what the future of the home network landscape looks like.