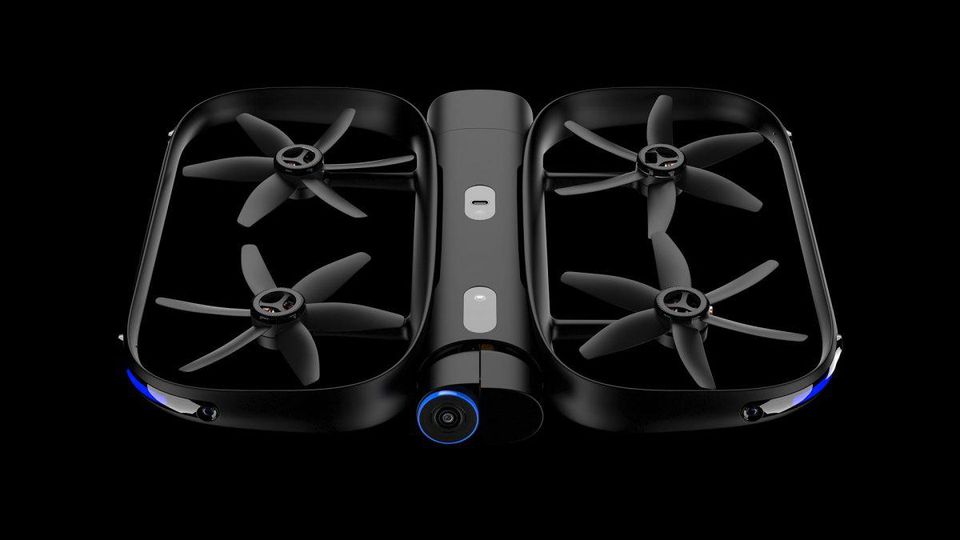 Drones have become a mainstream product for businesses and consumers over the past five years, as functionality has expanded and pricing has dropped below $999. Companies like DJI, Yuneec, and Parrot have achieved significant market growth in the space, with affordable, relatively easy-to-use drones capable of capturing high-resolution (even 4K-class) content that would have previously required highly specialized equipment.

Today I wanted to take a look at Redwood City-based startup Skydio’s new R1 drone—a product that I believe has the potential to disrupt the crowded $5 billion drone market. Positioned essentially as a “self-driving camera,” the R1 is embedded with 13 cameras. While this makes the R1 the definitive “follow me” drone, is it worth forking over the $2,499 asking price?

Obstacle avoidance is the R1’s specialty

What differentiates the Skydio R1 from every other drone currently on the market is its front-based 4K camera, and its 12 other embedded cameras. These cameras swiftly map the environment around the drone, sensing obstacles, objects, and people in real time, and plotting flightpaths with precise detail. Skydio’s technology is remarkable—after using it for a couple of weeks, I started to view it in my mind as less of a drone and more of an airborne autonomous vehicle.

In my testing of the Skydio R1 (which included a video drone “survey” of two real estate properties in the Silicon Valley area), I was thoroughly impressed with the R1’s obstacle avoidance capability. I had the R1 follow an individual, at a 100-foot altitude, around a 3,000-foot home that was loaded with potential obstacles like trees and telephone poles. I was amazed by how the R1 managed to avoid catastrophe and navigate around these objects. While Skydio recommends users to avoid flying near electrical wires (the cameras may have difficulty detecting thin wires), the R1 performed superbly in the crowded urban area that I was in. It even sped up and slowed down in perfect synchronization with the person I was following. While I did not test this capability with a moving car, my imagination ran wild with that and other filmmaking scenarios Skydio could enable.

Easy to transport and operate

At 13” X 16” X 1.5”, the R1 does not possess the smallest form factor on the market. That being said, its relatively flat design and light weight (2.2 pounds) allow it to be transported in a backpack (though I wouldn’t pack other items in the backpack that might damage the carbon rotors). To its credit, the Skydio has an expensive feel to it and sports a pleasingly straightforward and clean industrial design.

Unlike most other drones on the market, the R1 seems to be designed for non-professional users. Your smartphone controls the device. Once you launch the drone via the mobile app (available for iOS and Android), you’re off to the races. I found the flight app to be amazingly easy and intuitive to use—most users should be up and flying in less than 10 minutes. The app offers a number of cool features, such as the vaunted “tap-to-follow” and an orbiting mode. One thing to keep in mind is that the R1 can only track the person whose smartphone it is paired with.

The R1 also includes 64GB of embedded storage, allowing users to record up to 90 minutes of 4K video or over 4 hours of HD/30fps video. This is a very nice plus for the R1, considering many other drones on the market have small amounts of onboard storage and force you to buy SD cards. Video is easily transferred wirelessly from the drone to your smartphone via the Skydio app (though it also comes with a data transfer cable that facilitates faster transfers directly to your notebook).

While my overall experience with the R1 was extremely positive, there were a few downsides. I will say that given the R1’s premium price point, I was expecting the video capture output to be at least comparable to a DJI drone (generally viewed as having the best video capture output on the market). In my limited testing, I found the video that the R1 captured to be somewhat less than silky smooth—especially when the drone moved in a tight situation, such as to avoid an object.  This might improve in the future as Skydio updates and optimizes its camera firmware, but I was expecting better video quality given the $2,499 price point. I do want to say that while other drones may offer better video, Skydio’s quality was not bad at all (you can some footage that I shot via this link). You be the judge.

Additionally, I found battery life to typically run close to the 16-minute flying time spec, while other drones have battery life flight times in the 25-minute range. This may not be a deal breaker for most users, but you’d be surprised how those extra 10 minutes or so come in handy. To Skydio’s credit, it includes 2 rechargeable batteries (and separate charger) with the product, and they are extremely easy to swap out.

The more time I spent with R1, the more I truly loved using it. As someone with prior experience with DJI drones (which do require, in my opinion, some level of modest training before you can take flight), the Skydio R1 is exceptionally easy to fly with a very low learning curve. Though not exceptional, the video quality is still very good. I also think that the R1 is well-suited for the budding drone user, with its exceptionally intuitive “follow me” capability.

The bottom line is that the Skydio R1 sets a new bar for drone technology with its self-navigational capabilities. This might make it worth the high price point for some users, but I suspect many will still be put off by the $2,499 MSRP. If Skydio is able to bring down the price tag a bit, it could become a seriously disruptive force in the drone market.