We’re going to see a lot of Artificial Intelligence-related headlines over the next four weeks stemming from three big industry events. While each has its unique focus, all three events will be centered around the progress being made in developing and running AI applications that deliver real business value. Beyond the typical AI hype, a slew of companies will use these confabs to reveal their technology plans and business results. Let’s take a look at these events and what they might hold in store.

First is the AI HW Summit, which will take place at the Computer History Museum in Mountain View, CA, Sept. 18-19. It will feature over 35 speakers from around the globe, there to discuss the AI market, new products, and specific strategies to satisfy the incredible demand for ever-faster AI hardware. Open.ai estimates that the performance demands in AI training runs have doubled every 3.5 months over the last 5 years, equating to a 300,000-fold increase in performance. Compare that to Moore’s Law, which would have doubled every 18 months, with a 12-fold increase in performance over the same time period. NVIDIA GPUs literally created this space in the datacenter, training Deep Neural Networks for AI. However, NVIDIA’s impressive success (coupled with Google’s TPU chip) triggered an avalanche of venture capital, fueling dozens of startups while sparking large silicon companies into action.

Historically, AI hardware-centered events have been limited to company-sponsored events such as NVIDIA’s GPU Technology Conference and Intel’s recent AI Developers Forum. This event marks the first-ever industry-wide confab focusing on advances in hardware for AI. It will be interesting to hear from leaders in AI such as NVIDIA, Google, Facebook , IBM, Intel, Microsoft , and Xilinx , as well as the startups in the space, such as Cerebras, GraphCore, Habana, Horizon, ThinCI, Wave Computing, and others. I would be amazed if some of these companies didn’t use this platform to announce architectural details and a few new products. The agenda can be found here.

On the business side, the 3rd annual AI Summit, will be held on Sept 19-20 at the Palace of Fine Arts in San Francisco. This event will focus more on applications of AI in the enterprise and in the cloud and is expected to draw thousands of participants. The speaker lineup features both large and small companies who will talk about the challenges of building useful datasets and extracting business value from the patterns hidden within. Presenters at the event include AWS, IBM, Microsoft, Cisco, Oracle, Google, and many others, and there will be over 300 sponsors in attendance, showing off their wares.

Lastly, Xilinx will hold its Xilinx Developers Forum at the Fairmont Hotel in San Jose, Oct. 1-2, where I expect to hear a lot more about the company’s next generation 7nm Everest chip. I have previously covered the initial details revealed by the company, which you can read here if interested. I hope to learn more about current AI applications of FPGAs in Amazon Web Services F1 Instances as well as more details about Xilinx’s Adaptable Computer Acceleration Platform (ACAP). I attended last year’s conference and was impressed by the end-user stories and Amazon’s vision of FPGA computing in AWS F1. CEO Victor Peng pulled back the curtain recently on ACAP’s Programmable Engines, which basically plop an ASIC for AI on the same die as the programmable logic normally found in an FPGA. This approach has also gotten some attention from Baidu, and may usher in a new era for FPGAs as an acceleration device instead of just a chip development tool and platform for niche applications. 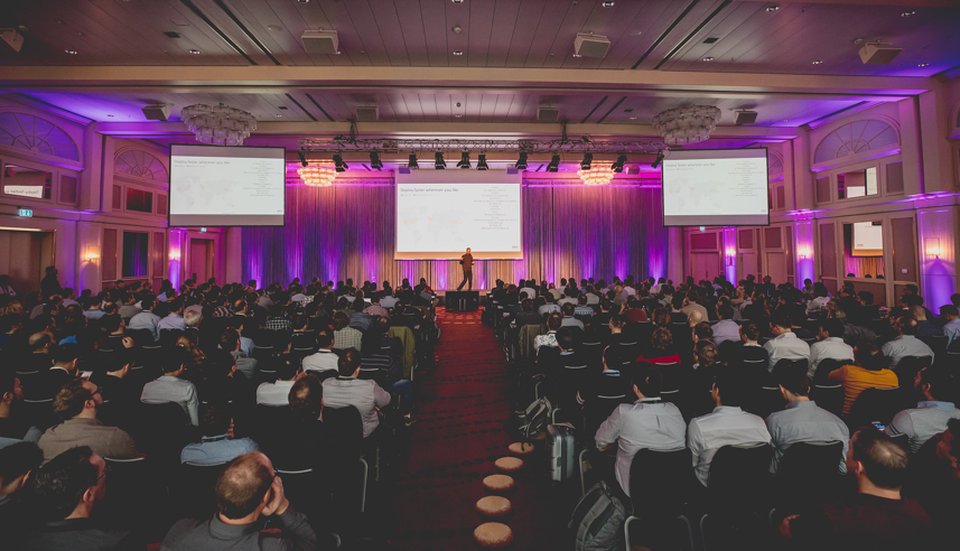 Summer is over, and everyone is back from their vacations. These three opportunities usher in the fall event season and will be a great chance to meet with the tech and business leaders of the AI industry. All three will draw developers, competitors, and investors from around the world, and promise to be nothing short of illuminating. I plan to attend all of them—hope to see you there!