This is part three in an eight part series where I look at emerging Mobile Internet Device (MID) technology and predict whether or not MIDs may displace netbooks and notebooks in the future.  Check out the introduction here, and part 2 here (where I take an extremist view on why I believe MIDs will dominate the earth).

Here in part 3, I take the extreme view of why I believe that, in fact, PCs have no reason to worry about MIDs — certainly not even in the near- or even mid-term future.  As with part 2, I am obviously taking an extremist’s view hoping that by turning up the contrast ratio, you will get a better flavor for the debate.

Getting into extremist character again…

My logic is simple yet sound and many points support this view:

PC applications have never remained static and always change and grow to solve emerging end user pain points, or evolve to create new pleasure points. For example, digital photography spawned PC photo viewers which spawned photo editing which spawned photo management applications that can now recognize and match faces. There are powerful leaps of innovation still ahead for the PC platform in how it provides a lot more visual, serial and parallel processing power and capability than a MID offers. Imagine what the future holds.

All that data like video and pictures being created locally forces a local computing model, where the compute engine must be close to the data. This certainly contradicts the “mobile cloud” theory discussed in part 2. Mobile access to the cloud would also require a lot more speed, less latency, and more reliability before we “cut the cord” to the cloud. The wireless industry isn’t even close. I still can’t even drive into work without the risk of losing my call. A more straight-forward argument for notebooks relates to the docking capability and cost. Compared to a 17” notebook, to dock the Viliv EX X70, it would cost me an extra $469 or 64% more – see below where I go through the details. Finally, if a user is looking for a mobile device to do some light computing, isn’t a smartphone a better choice than a MID?  The top applications for smartphones are already available and lots of choices exist.

Here is the data to back up these points:

Compared to a modern notebook, today’s MIDs have a comparatively difficult time:

And applications won’t stop where they are today, given the end user pain points and desired pleasure points yet to be delivered.  I believe that PC application innovation will die down ONLY when:

Seeing the industry is a long way off from delivering these in the next year’s PC, I think the PC has strong legs under it still. 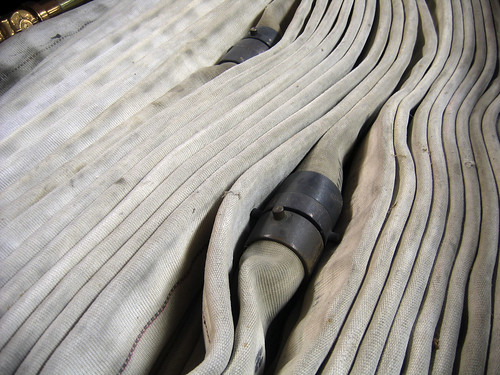 The location of the data dictates where the computing is done and there is a simple explanation why.  If the data is far from the computing, everything slows down because your compute engine is sitting around waiting for the data.  Your “bridge” or “bus” between the data and compute engine must be fast enough to transfer all that data back and forth. That’s where the theory of mobile access to the cloud starts to break down. If the mobile cloud is doing all the computing, then the bridge between it and where the data is being generated must be real fast. How fast is your 3G these days? Are you sending lots of hours of 1080P video into the cloud at blazing speeds?  Of course not.  I just hope that I can get a quick response from a web page on my Blackberry.  So what is the future of WWAN?

According to internal AMD WWAN research, it typically takes approximately 5-7 years for a full WWAN infrastructure transition.  That makes sense when you think about how long it took/taking CDMA, EDGE, HSPA, WiMax, and LTE to get broadly deployed.  And of course you need infrastructure to drive adoption, right? If you are thinking that heavy data sets like 1080P video will be quickly and reliably transferred to the cloud wirelessly with limited latency anytime soon at “blazing speeds”, think again.  Research suggests that even LTE doesn’t start really its hockey-stick growth until 2014.

How Reliable is the Mobile Cloud?

The final thought on WWAN is reliability.  I think the U.S. Verizon commercial “Can You Hear Me Know” sums it all up.  Those commercial started in 2002!  Here we are in late 2009 with dropped 3G calls in “supported” areas.  Remember how freaked out everyone became when just Gmail went down for 2 hours?  How can we possibly solely rely on the cloud for our precious photos, videos, and music without local backup?  My MIDs came with a whopping 32GB of storage.  That equates to about one, two hour HD video or 8 DVD movies.   The HP notebook described below came with 500GB.

In the particular example, the user pays $469 or 64% MORE for the docked MID versus a notebook. Don’t forget that the notebook has a “PC-grade” dual core CPU, incredibly more powerful graphics, Blu-ray versus DVD, 468GB more storage, and 3GB more RAM, and Windows 7 versus Windows XP.

If a user is looking for mobility with some limited compute capability, I believe smartphones are the better choice versus a MID.  Smartphones can actually fit into your pocket, you can use them with one hand, not two, and they allow you to carry only one device, not two (a MID and phone).  On my Blackberry Bold, I can get my email, calendar items, and notes off the Exchange server in near real-time.  I can view and edit Microsoft attachments with “Word To Go”, “Sheet to Go”, and “Slideshow to Go”.  I can read PDF files, too.   I have Google Maps with GPS, FaceBook and Twitter via SocialScope, streaming music via Slacker, and chat with Google Talk.  Since my Apple iTouch was stolen, I have been using the Bold for my primary mobile music device and been quite happy.  In fact, to my ear the music fidelity is better than any of the MIDs I used.  Finally, if you MUST have Microsoft software capability, you can always choose asmartphone with Windows Mobile 6.5.  And of course, there are some cool features on the Android phones and the iPhone.

Net-net, I predict the notebook PC doesn’t have to worry about the MID for a long, long time.  Applications exist today that a MID cannot run well, so just imagine how poorly future applications will run.  Those future applications will take a lot of processing power and if you are banking on mobile access to the cloud, I propose you think again.  I doubt the mobile cloud will have enough speed, low enough latency or the reliability required for the next generation of apps and their ever-expanding data sets.  Also, MIDs may be able to provide a docking experience today but it’s extremely expensive and clunky with a lot of cables when compared to a notebook.  Finally, if you want a convenient mobile experience and do a little computing, get a smartphone, I maintain it’s a better choice than a MID.

Of course this is the extremist’s view, but like part 2, hopefully you get a flavor of the debate points and have an opinion now on MIDs and notebooks.

Up next, I look at the UMID M1, a small MID with a full QWERTY keyboard, 4.8” screen, and weighs .69 lbs, which Dynamism boasts as “the world’s smallest PC”. Have comments or questions, let me know.

Pat Moorhead is Vice President and Member of the Office of Strategy at AMD. His postings are his own opinions and may not represent AMD’s positions, strategies or opinions. Links to third party sites are provided for convenience and unless explicitly stated, AMD is not responsible for the contents of such linked sites and no endorsement is implied.