Last week, IDC and Gartner released their Q2 PC sales-out numbers, who published that PCs “stalled” or were “flat”. In both reports, 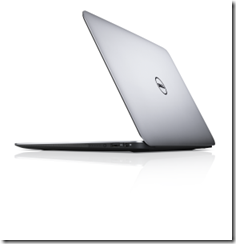 there were commentaries on Intel Ultrabooks. Gartner had a subhead in their press release that said, “Ultrabooks Had Little Impact on Overall Shipments in the Quarter“. IDC went on to say that, “Ultrabooks have not produced a significant rise in volumes – in part to anticipation in of improvements such as Windows 8, which is expected later this year, but also due to pricing.”The corresponding news stories that were published afterward reflected just that. The articles made it seem like Ultrabooks were a complete failure. The only problem with that logic is that it is out of touch with the specific dynamics of what is really going on.

To give you a taste of the Q2 Ultrabook press coverage, I need to provide specifics. One of the more provocative headlines from a large outlet came from the NY Times who declares, “Some Ultra Disappointments for Computer Makers.” A Digital Trends headline asks, “Are Ultrabooks an epic failure?”If you aren’t connected day-to-day with PC OEMs, ODMs, chip makers and channel partners like me, you would read all the coverage and think something is wrong with Intel Ultrabook sales or maybe even something wrong with the value proposition. The problem with that conclusion is that it’s like declaring the winner of baseball’s World Series during spring training. To get the complete picture of what’s happening with Ultrabooks, you need to start at the beginning.

Q2 has Always Been the Slowest Quarter in Consumer PCs

Ultrabooks are primarily targeted at the consumer market, secondarily to the commercial market. Each market has different selling cycles of ups and downs. For most regions, the consumer market has three main cycles. First, is “Back to School”, which hits primarily in Q3. Then you have “Holiday”, which hits primarily in Q4. Then in Q1 you have western markets “Post-Holiday” which hits in January and Chinese New Year in February. Q2 is absolutely the slowest quarter in consumer PCs, and it has been for 20 years. Everyone close to the PC market knows this. That’s just one reason why jumping to any conclusions about Ultrabooks based on Q2 are dangerous.

Another point to consider was that the new third generation silicon, code-named Ivy Bridge, wasn’t even on the retail shelf in Q2. Would a consumer want to wait for Ivy Bridge? Ivy Bridge added significantly higher graphics and video performance, improved CPU performance, and up to a 10X external I/O performance boost with USB 3.0. That is nearly every major technology subsystem that can improve the user’s experience. Who wouldn’t wait for this?

Also, of note is Intel’s massive integrated marketing campaign, which is expected to be 100′s of millions of dollars, didn’t begin until the end of Q2 to time with the launch of Ivy Bridge. The 110+ designs in the pipeline the back half of the year will signify a much better measure of Ultrabook’s success than Q2 2012.

The other thing that comes along with Ivy Bridge-based Ultrabooks are lower opening price points designed to open up Ultrabooks to a much broader audience. This was enabled by a few things. First, OEMs could use hybrid hard drives instead of flash-only drives, which are significantly less expensive on a per-byte basis. Additionally, many OEMs in concert with Ivy Bridge expanded their lines with two classes of chassis. Dell just launched their 14z Ultrabook that has a brushed aluminum chassis versus a much more expensive XPS 13 with forged-aluminum and carbon fiber. Finally, Intel just made available their 3rd Gen Core i3based solution which again enables a much lower opening price point. One key thing that I must point out, too, is that less expensive doesn’t mean bad experience. If it has the Ultrabook moniker, even at $699 it must pass the minimum experience bar, which is much higher than a traditional notebook.

So when is an appropriate time to judge just how well Intel Ultrabooks are doing? I believe it is with Q4 sell-out numbers which are published in Q1, 2013. By then, Ultrabooks will all incorporate Gen 3 Ivy Bridge technologies, Windows 8, lower opening price points, and you will also start to see some of the unique convertible designs demonstrated at this year’s Computex. On the competitive front, you will see NVIDIA ‘s ARM-based Windows RT clamshell designs, AMD’s Trinity ultrathins, and Apple‘s Mountain Lion-based notebooks out in full force. Judging Ultrabooks in Q2 and Q3 may drive excitement and page views, but Q4 is actually the true test for Ultrabooks to the alternatives.

Disclosure: I have consulting relationships with key players in the phone, tablet, and PC ecosystem.