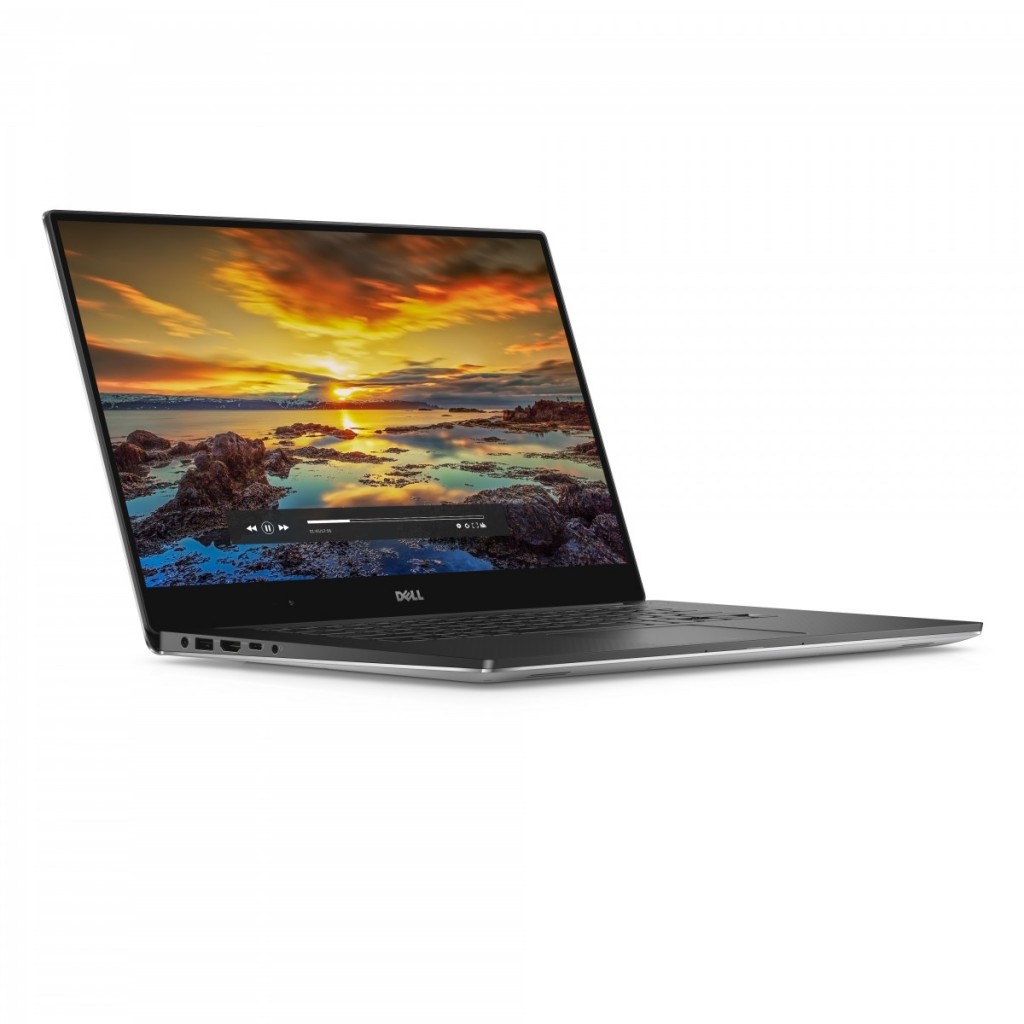 The notebook market is one that has always been extremely competitive with some vendors eliminated from the market and others absorbed by competitors. This has led to some serious consolidation in the market, particularly in the high-end where it is increasingly difficult for notebook makers to make a compelling high-end notebook. The 15” premium consumer notebook space has effectively become a three horse race between Apple, Dell and HP. Apple currently leads the market in unit and revenue share in premium notebooks with their line of MacBooks and Apple has led the charge in many new form factors. Dell has done an especially good job with their XPS line of premium notebooks even though HP is hot on their heels. Their biggest member of the XPS family is the Dell XPS 15 (9550) which they recently refreshed this winter and I have been using for the past two months. The Dell XPS 15 is the best 15” consumer premium notebook I have ever experienced so far.

Thanks to this new display, the Dell XPS 15 is able to fit into a smaller frame which actually makes it fit into a lot of places where a normal 14” notebook would. However, having almost no bezel leaves practically no room for a webcam which results in the webcam being placed below the display in an admittedly awkward area that catches my double chin more than I’d like. After all, my daughters always taught me to take selfies from above rather than from below, but I’ll take this small tradeoff and deal with the poorly placed webcam to get a smaller notebook and better display. 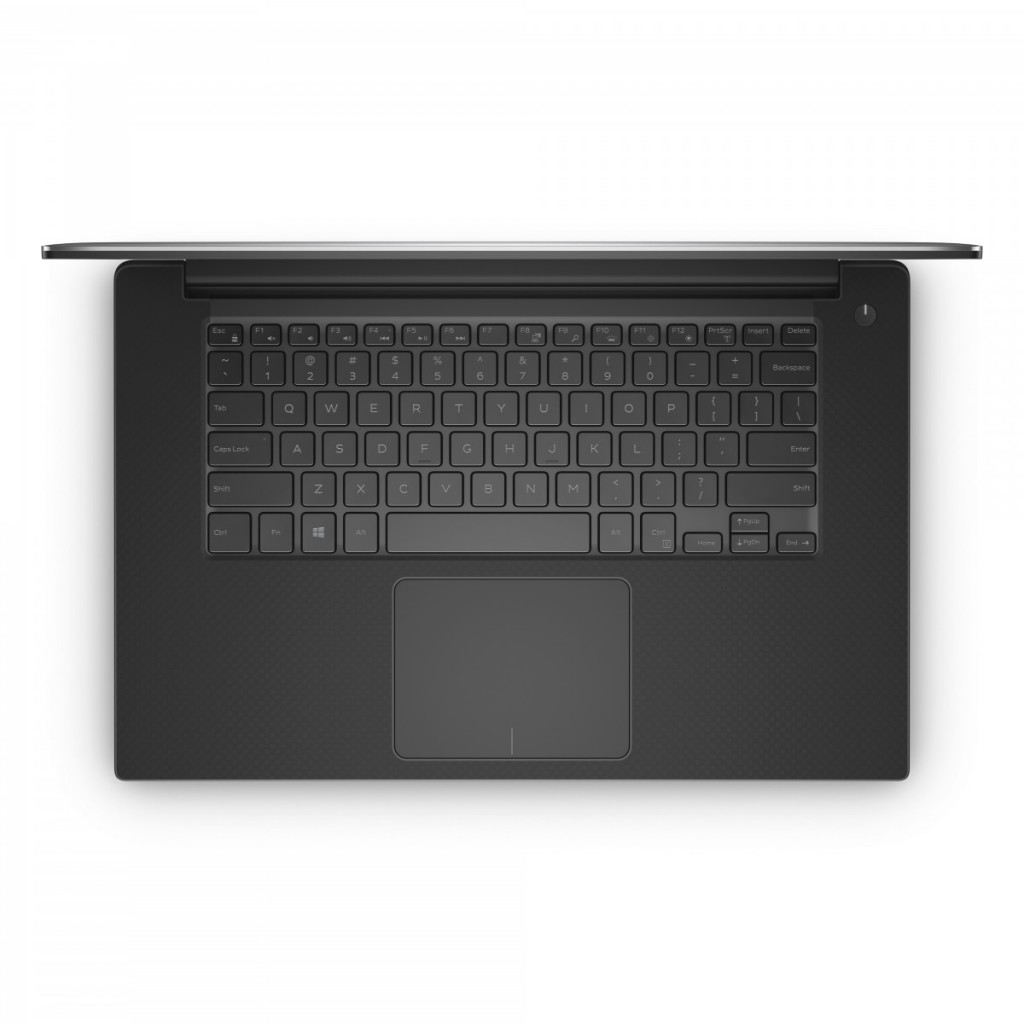 This smaller notebook size is also complemented by the standard XPS line set of materials which include CNC aluminum and carbon fiber. In addition to the great materials, Dell has really outdone themselves with the new touchpad, it is without a doubt one of the best feeling trackpads I have ever used. This new trackpad using Synaptics’ technology is also very large and uses glass as a material and my only wish is that the top corners were also clickable, not just the bottom.

Getting back to the Infinity Edge display, it is by far the best notebook display I’ve ever experienced with its 4K resolution, IGZO IPS  and deep capabilities, including touch. Dell’s Premier Color software supports different profiles and ways to segment the desktop. It also supports 100% of the Adobe RGB as well as sRGB color gamuts and can be fine-tuned to any user’s needs. Very few notebook displays have this kind of color depth, even among the professional workstation notebook crowd where only HP offers such a display on some of their ZBooks with DreamColor displays. The built-in display splitter inside of the Dell Premier Color app is also extremely useful and should be standard on all Windows 10 machines as it is the way to work with multiple windows. The only thing is that I might consider opting for a non-touch display for some extra battery life, however some may disagree based on their experiences with touch-based notebooks. 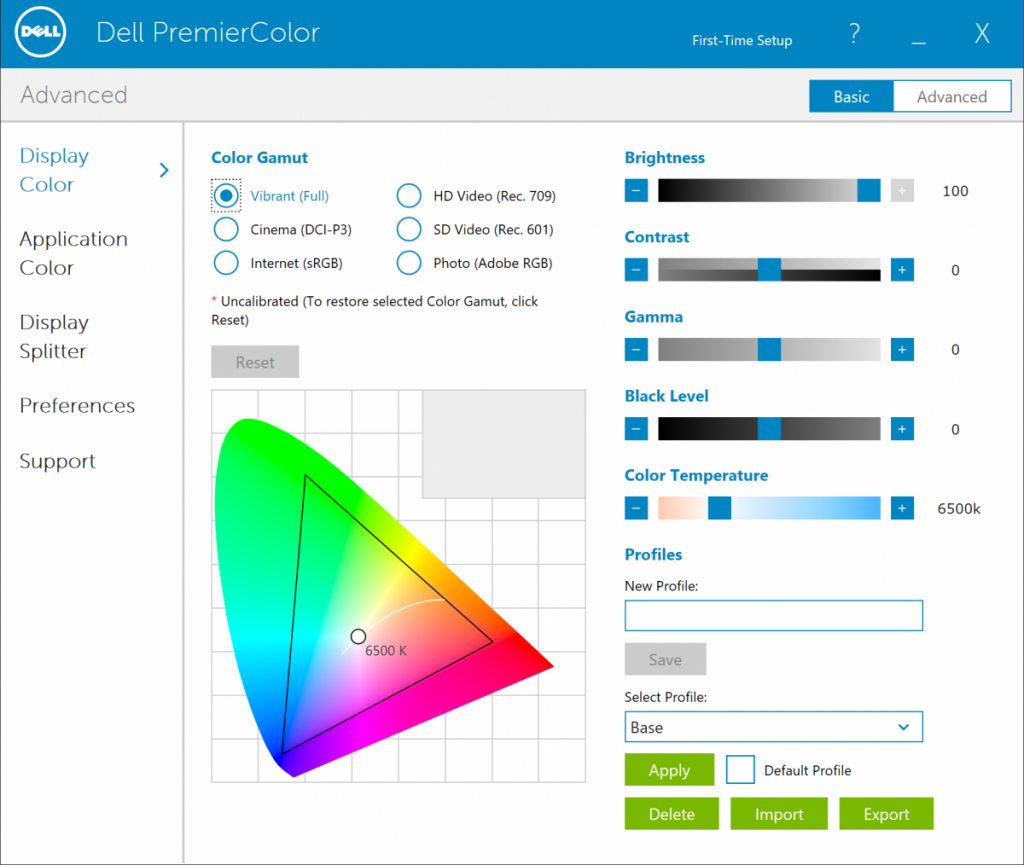 This laptop is brawny; it packs every single hardware spec that you would expect to see in a modern premium notebook. It has workstation-class performance with its top spec Intel Core i7-6700HQ which clocks in at 2.6 GHz and turbo boosts up to 3.5 GHz. This Skylake processor has four physical cores and eight threads which makes it comparable to some desktop processors in terms of performance, especially when plugged in. It also features a dedicated graphics chip in the NVIDIA GTX 960 which is enough to handle almost any graphical task you throw at this laptop, even gaming.

Dell also fitted this laptop with Thunderbolt 3, which is the fastest cable standard in the world capable of delivering 40 Gbps of bandwidth and can support two 4K displays over a single connector as well as up to 100W of power. The XPS 15 also features Samsung Electronics NVMe storage with my model coming with 512GB but being configurable up to 1TB in more expensive models. This drive is capable of read speeds of up to 2Gbps which removes any potential for the storage being a performance bottleneck.

The model that I have comes with 16GB of DDR4, but my colleague and VR analyst Anshel Sag has successfully upgraded his XPS 15 with 32GB of DDR4 RAM. So, this laptop is not only big and powerful, but also upgradeable which is virtually unheard of these days, by simply removing the bottom aluminum cover you can get direct access to the SSD, RAM and Wi-Fi chipset with easy replacement in minutes.

Because this notebook has Thunderbolt 3 which utilizes USB Type-C there is a plethora of external peripherals that this laptop can support. Some of these peripherals include Dell’s single cable USB Type-C dock that allows you to have two 1080P displays, GigE Ethernet, 4 USB ports and power. Additionally, it allows you to use Dell’s Thunderbolt single cable dock which ups the supported displays to 4K thanks to the quadrupled bandwidth (USB 3.1 Type-C is only 10 Gbps vs Thunderbolt 3’s 40 Gbps). The full size HDMI port on the laptop means that there’s no need to use the optional USB Type-C adapter that includes HDMI, VGA, Ethernet and another USB 3.0 port.

Thanks to Thunderbolt 3 there are also plenty of other external peripherals like the external GPU dock that Razer created for gamers and will very likely be others like it. Also, thanks to having two full-sized USB 3.0 ports there’s no shortage of legacy and basic peripheral support like wireless mice and high definition cameras or virtually any other peripheral. It also has a 130W power brick for charging purposes which allows it to charge extremely quickly and there are even optional external batteries in 12,000 and 18,000 mAh capacities which provide 50% and 75% of the laptop’s total battery capacity.

In terms of battery life, the Dell XPS 15 under active usage gets 6 hours and can go as long as 7 to 8 hours with extreme power saving features enabled and reasonable brightness. Laptop Mag’s results mirror my experience as well. Dell supplements this battery life with an 18,000 mAh battery pack which I have purchased that gives me another 3-4 hours of battery life and charges extremely quickly (90 Watt output). This gets me through any long haul flights or full days of when I know I won’t have a power plug all day and don’t want to have to worry about finding power. Given that this laptop is such a powerhouse, these battery life numbers are quite impressive. In most cases, you have to give up quite a bit of performance in order to get much longer battery life without buying a MacBook. As a reminder, you can get a few more hours without touch or 4K.

Bringing us back to Apple’s MacBook Pro which is probably this laptop’s closest competitor. At current spec, the Dell XPS 15 sells for $2,100. A similarly spec’d MacBook sells for $2,500 and has an older Intel CPU (not Skylake) as well as an older Advanced Micro Devices GPU and doesn’t come with DDR4. The Apple MacBook Pro also has a lower resolution display than the XPS 15 and doesn’t have a touch display either. The MacBook Pro 15 does, however have two Thunderbolt 2 connectors, however they are now outdated and provide the same amount of bandwidth as the Dell XPS’ single Thunderbolt 3 connector which is also using a new universal standard connector. Both laptops feature a Broadcom 802.11ac 3×4 Wi-Fi chipset, which should give them pretty equal wireless performance.

Overall, Dell’s XPS 15 is the best 15” consumer premium notebook I have experienced. Dell have really outdone themselves this time and put their best foot forward, bringing their Infinity Edge display feature up from the XPS 13. Having a 15” 4K display in a 14” chassis is wonderful, it even let me reuse briefcases that I had used with my 13” notebooks without worrying about having to replace them. I also think that it has a great design ID with a very elegant taper and quality materials that make you feel like the laptop is worth what you’re paying. It brings workstation class performance with Intel’s latest Core i7 CPU, NVIDIA’s 900 series GPU, NVMe storage and Thunderbolt 3. The Dell XPS 15 is yet another winner in a long line of winning XPS products.