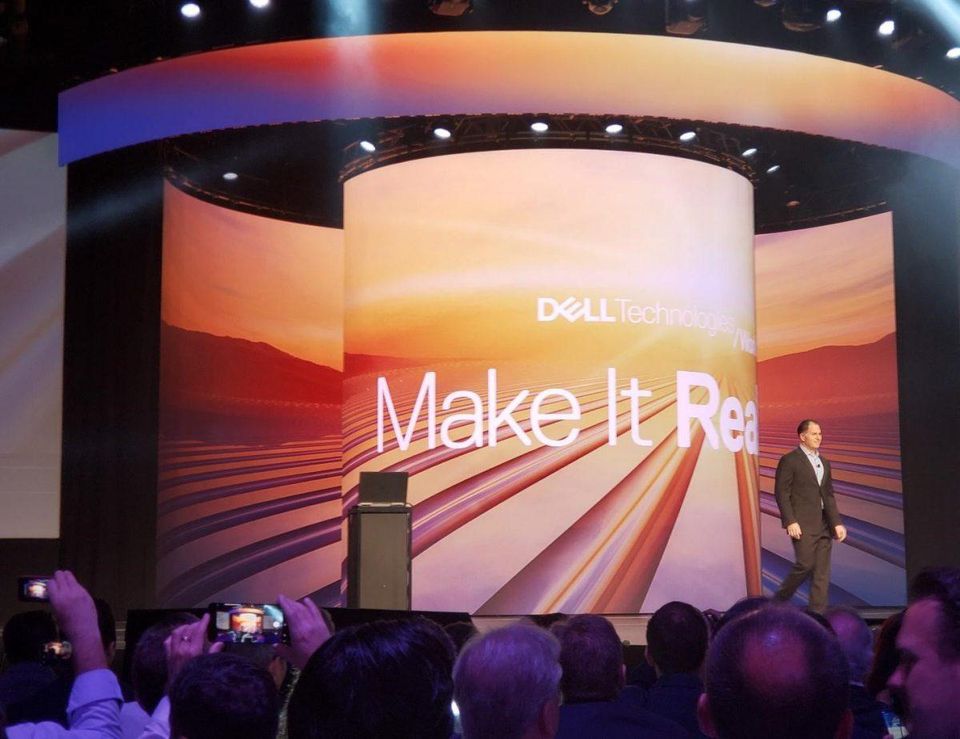 This week I’m attending Dell Technologies World 2018 in Las Vegas, the tech giant’s premier annual show. Over 14,000 attendees came to the event and included customers, press, analysts, technology and channel partners. Dell is a company that I follow very closely, and I never miss an opportunity to hear what it has been working on and where it’s heading. It’s worth mentioning that this is my 4th trip to Vegas in the last 4 months—it’s becoming a legitimate technology city extension, at least as far as trade shows go.  I attend around 40 vendor events a year, and typically “Day 1s” is the stage setter before big products launch and this is exactly what we got from Dell.  One of my biggest takeaways from Day 1 was that Dell Technologies is more connected than I have ever seen before and not only is that difficult to do but can be very lucrative to all the companies and customers.  Here’s my rundown of the announcements that came out of Day 1 of Dell Technologies World 2018.

Dell took the opportunity of the event to announce eight customer awards for particularly forward-thinking companies—four “Innovators” and four “Trailblazers” selected by a panel of senior Dell executives. Two years ago, I was a voter in a similar Dell EMC customer awards process. Companies roll out strategic customers to not only reward their loyalty, but to show other customers in the audience just how deep and rewarding a strategic relationship with Dell Technologies can be across its companies. 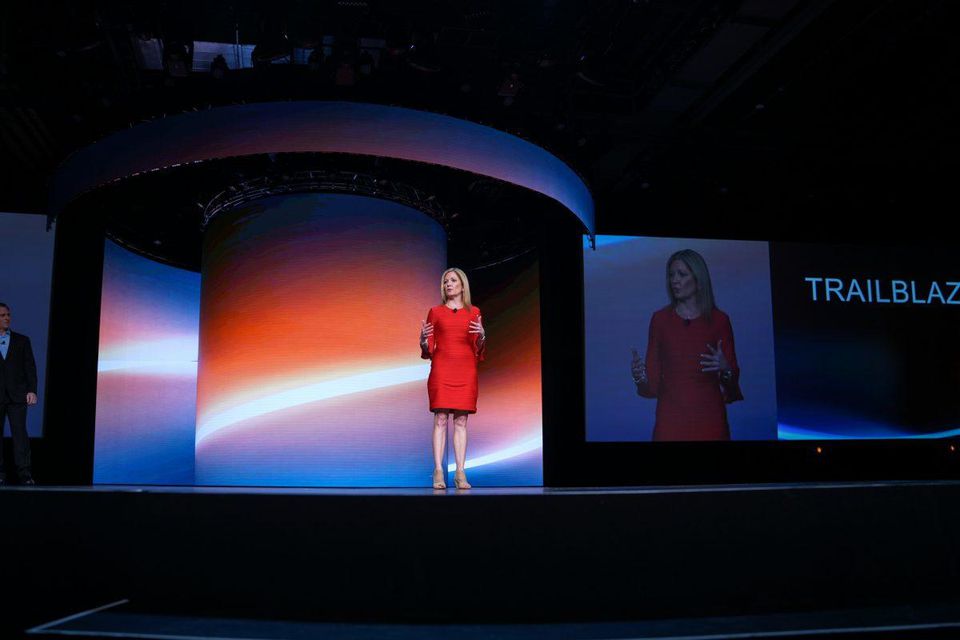 First, the innovators: four customers who Dell says are realizing significant business impacts from their digital and IT transformations. Dell recognized Ford Motor Company in this category, citing its work in connected car technology, its FordPass mobile app, its partnership with Pivotal, and its efforts to “democratize mobility.” Bank Leumi (Israel’s oldest banking corporation) was also recognized, for the work surrounding its mobile-only bank, Pepper, which employs a hybrid cloud model and software-defined data center. A company by the name of AeroFarms also took home the honor. Based out of New Jersey, AeroFarms uses data-driven insights in its indoor vertical farming facilities, to increase yields and conserve natural resources. Dell rolled out AeroFarms during their IQT day in New York City last year. Rounding out the category was pharmaceutical leader Johnson & Johnson, for its cybersecurity efforts with the RSA Netwitness Suite.

The Trailblazer awards went to four companies who are in what Dell calls the early stages of their groundbreaking transformation journeys.” Volvo and Zenuity (an autonomous driving software joint venture between Volvo and Veoneer) were recognized for their work in developing an end-to-end managed service solution with Dell EMC and Virtustream. This solution helps the companies manage the massive amounts of unstructured data associated with autonomous driving and helps maintain regulatory compliance.  Next, the insurance company Travelers was recognized, for its successful company-wide IT transformation in partnership with Dell EMC. The Unidad de Conocimiento, a group of five Latin American corporations (spanning from banking to food processing), was also recognized, for outfitting its workforce with the latest Dell PCs and laptops. The final award winner was the State Bank of India, who recently overhauled its branch operations and implemented a converged private cloud. Dell Technologies has pledged, on behalf of each of the eight winners, to donate $2,500 to one of a select group of charitable organizations—Save the Children, Deaf Kids Code, Next Wave, or Beat Childhood Cancer.

Again, this was to show the breadth and success of customers who leverage Dell Technologies across its portfolio and is the warmup for a Day 2 product announcement blowout today.

Driving partner growth in the channel 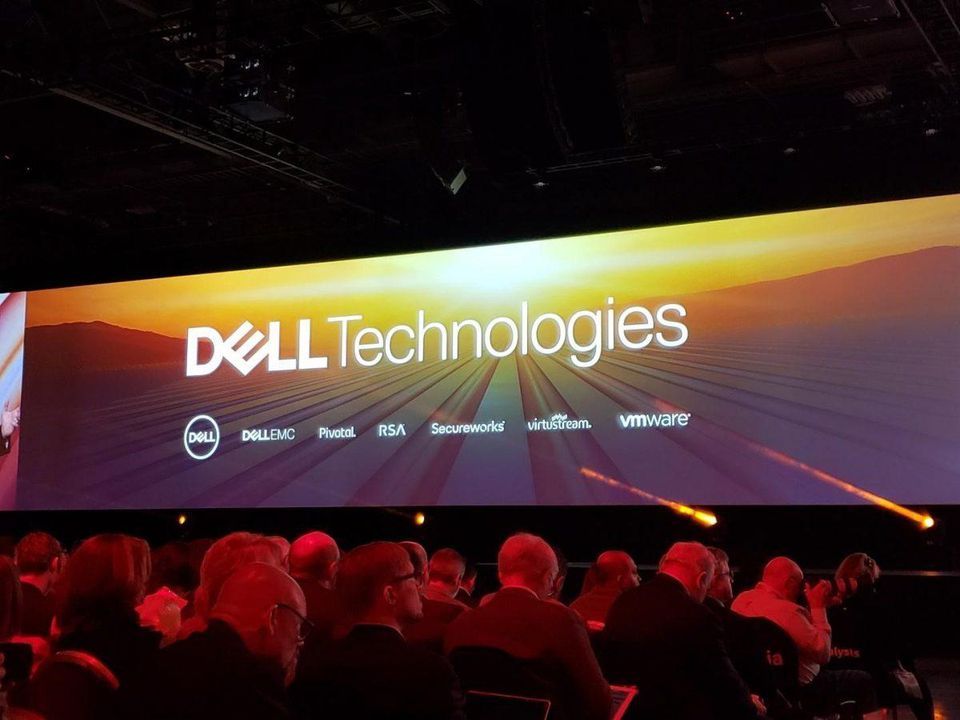 I attended parts of Dell’s Global Partner Summit which is also taking place this week, running concurrently with Dell Technologies World. It was nice that the company gave a deeper exposure to analysts to Dell partners and its programs. While many consider Dell a “direct” company, it is huge in the channel. SVP and channel leader Joyce Mullen said its channel business was $43B and if it were in the Fortune 500 rankings it would be number 64. That’s impressive. So how did the partner program do in its first year? Dell reported that 60% of its partners made higher revenue and 70% said they made higher profits. This is absolutely the payoff to the charge last year of Simple, Predictable, and Profitable.  Dell wasn’t going to rest on their successes, and this year, the company is focusing on making it easier to sell across the entire Dell Technologies portfolio as well as being easier to do business with. 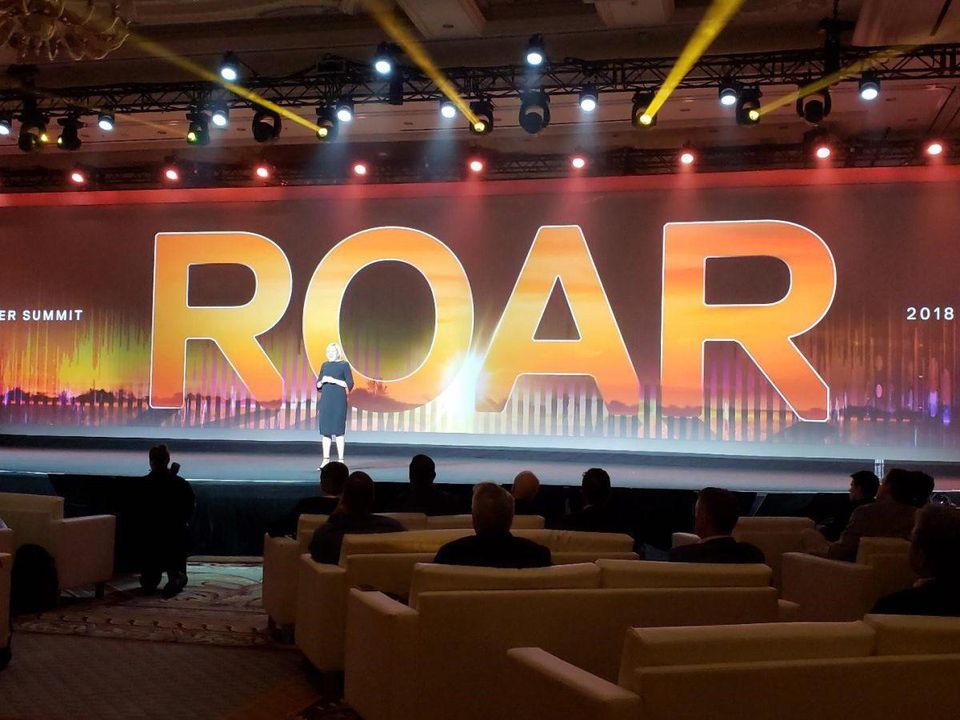 Dell announced several new initiatives and programs at Day 1 of the event, leading off with the new Dell Technologies Advantage framework. Dell says this framework will provide engagement, tools, and incentives to make it easier for its channel partners to work across the entire Dell Technologies family of companies. Dell says that while each individual business will continue to maintain its own independent program, the framework will bring new value-added capabilities and certifications on top of them. Last year Dell introduced its first channel programs across Dell and EMC product and service lines so this new program extends it to other companies in the portfolio like Virtustream, RSA, Pivotal and Vmware. 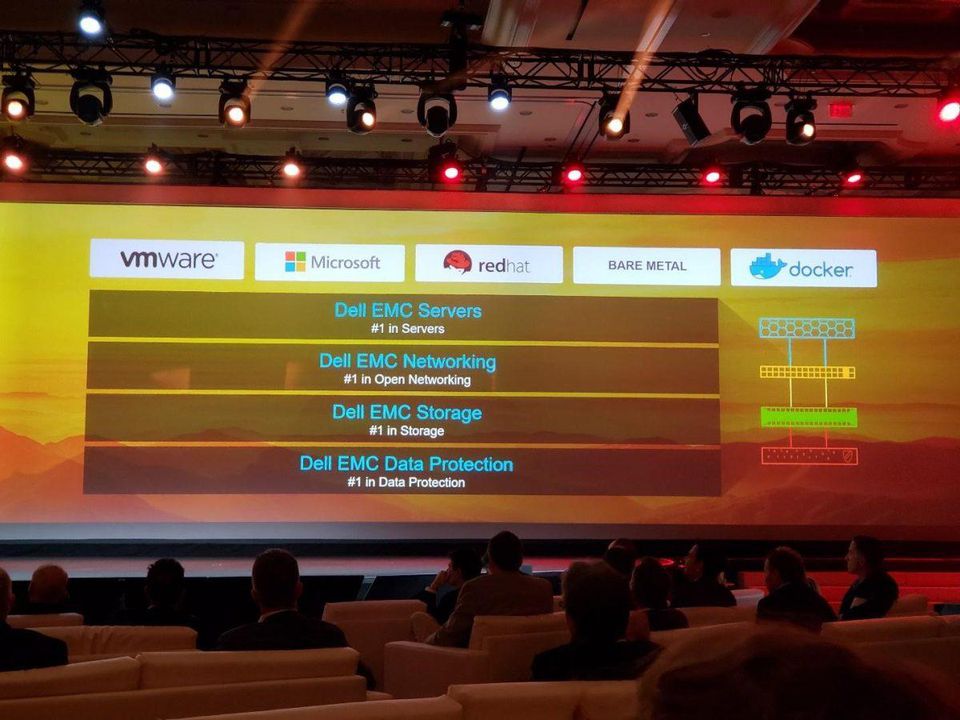 The next announcement from the Global Partner Summit was the new Dell EMC Ready Stack program. Dell says this program will make it easier for its partners to bundle, sell, and build converged infrastructure stack solutions with the latest in Dell EMC technology, including Dell EMC storage, Dell EMC PowerEdge servers, Dell EMC Data Protection, and optional Dell EMC open networking. I think this is a smart new offering—it’s nice to give customers the option to “build” their own solutions to suit their needs, instead of being boxed into Dell EMC’s turnkey solutions (which, should be said, are still great offerings for those who appreciate the simplicity). Another aspect of this program is that partners receive incentives for selling Dell EMC offerings, and are able to offer their own services as “an accredited Dell EMC partner.”

Programs like this typically bundle inferior piece parts but in this case, Dell has the #1 market share in many of the piece-parts, which makes this unique.

Dell also announced that it would be adding new Solutions Competencies for its partners this coming year, giving them new opportunities around various emerging technologies. The new Internet of Things Solution Competency is now available, with competencies in High-Performance Computing, Data Analytics, Business Applications, and Security rolling out over the course of the year. These are some of the highest growth markets for the mid-term.

Last year was the first year for the partner program which was successful by the numbers and it’s nice to see the big enhancements coming in 2018. One thing in particular that I liked was that Dell didn’t pretend like their program was perfect and publically said that and the things it was doing to make it better.
Dell Technologies Capital shows gains

Dell took the opportunity to brag a little on its Dell Technologies Capital venture program, announcing a slew of accomplishments since the practice came out of “stealth” mode a year ago. This past year, the program completed 24 investments—one-third in the realms of artificial intelligence and machine learning, with the rest in security, next-generation infrastructure, and developer ecosystem. Additionally, the program had 11 successful exits from its portfolio, including three big ones—DocuSign, MongoDB, and Zscaler. All three went public in the last several months, with a total market value of over $11 billion between them. Impressive to say the least.

Dell is touting these successes (and understandably so) as evidence of the practice’s ability to get the jump on good investment opportunities and nurture successful startups. The portfolio of companies under Dell Technologies Capital is diverse, and I encourage you to take a look. You may not have heard of many of them yet, but if Dell Technologies Capital is interested in them, you can bet they are companies to watch.

Strategically, no one company can have all the best ideas itself, so investing in “rabbits” is smart, as long as it’s the right companies. So far, the companies look like many of the right ones. The announcements were also a message to customers that Dell will invest into long-term technologies, giving confidence that customers can rely on Dell into the future, not just today.

This wraps up the announcements from Day 1 I was able to dig into.  Day 1 was a stage setting day and was fairly light on products announcements go, but that is what Day 2 is all about. VMware Inc. made some announcements but I will cover that in my Day 2 summary. I was glad to learn more about the new initiatives Dell is implementing in its partner program and it was impressive to see the lighthouse customers leveraging Dell Technologies across its portfolio of many companies with diverse capabilities. Dell Technologies is coming together like I have never seen before, which is very powerful to customers and partners.

Stay tuned for my coverage of Day 2—I’m sure we’ll have plenty more to talk about.