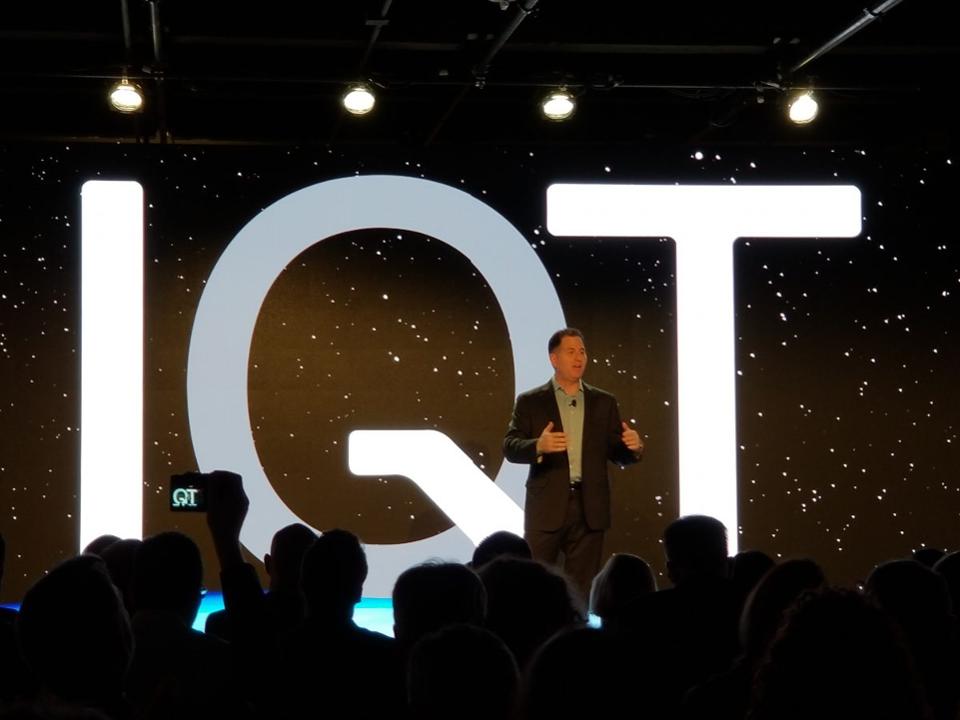 Last week, I attended the Dell Technologies IQT event in New York City—a coming out party of sorts for Dell’s much anticipated and expanded IoT strategy. Our senior IoT analyst at Moor Insights & Strategy, Chris Wilder, published a research paper yesterday on Dell’s new strategy, which you can read here if interested. I wanted to go ahead and share my take on the announcements coming out of the event.

Some background first. Dell was an early-entrant in IoT through the company’s OEM business and is not new to Dell. In fact, at two Dell EMC Worlds ago, I sat on stage with multiple Dell EMC IoT customers like mining operators and energy companies. The big difference two years ago is that there was very little if any synergy across Dell Technologies which spans Dell, Dell EMC, Vmware, RSA, Pivotal, SecureWorks and VirtuStream. Dell’s IQT Day sought to add some intelligence, the “IQ” into the Things and to do it Dell Technologies announced they would muster all the resources of the mothership.

Dell is referring to its IoT strategy as a “distributed model”—running counter to the highly-centralized public cloud computing model that has gained popularity in recent years. Dell contends that the myriad of devices on the edge (phones, autonomous cars, sensors) no longer have time to wait for a response from a centralized infrastructure—they must be able to process information and make decisions in real time. Dell’s answer to this problem is a new architecture that combines IoT and AI into one interconnected ecosystem spanning from the cloud to the core to the edge: a “Distributed Model.”  I have long thought the “distributed core” (we call it “edge computing”) makes sense and not out of playing “defense” to the public cloud, but because of the laws of physics.

The distributed core is not an entirely unique approach—Hewlett Packard Enterprise and Cisco Systems are also pursuing a similar distributed methodology but with different strategies. I believe Dell’s main differentiator is that under the Dell Technologies family of companies, the company can deliver more of a complete bundle at the infrastructure, management, and development layers. Dell Technologies simply has most all of its bases all covered, and I am sure this will give the competition something to think about.

A new division with a mission

Also announced last Tuesday was that Dell would be investing $1 billion over three years into a newly announced IoT division of the company, which would finance new products, services, labs, partner programs, and overall ecosystem. The new division will be headed up by Ray O’Farrell, CTO at Vmware so that Ray will have two jobs—I wonder if he’s getting paid for the two titles. Some of Dell Technology’s products are already well-suited to align with and adapt to the company’s new IoT strategy—Dell Edge Gateways, managed by VMware’s Pulse IoT Control Center, Pivotal Cloud Foundry (PCF), Pivotal Container Service (PKS), and Virtustream’s PCF Service, just to name a few. This is all well and good, but I was more interested to hear about the slew of new and conjoined product development initiatives announced Tuesday. Moreover, Dell Technologies delivered.

First, there’s Dell EMC’s “Project Nautilus,” software that Dell says will allow for the processing and querying of IoT data streams in real time. “Project Fire,” is a new hyper-converged platform in the VMware Pulse portfolio, which provides management, local compute, storage, and IoT applications, and help hasten the rollout of new IoT applications for businesses. “Project Worldwide Herd,” is geared towards doing analytics on geographically dispersed data. In the security arena, RSA Labs’ “Project IRIS” promises to expand threat visibility and to monitor all the way out to the intelligent edge.

I will admit, I was impressed, as arguably, software is the missing IoT link and Dell Technologies rattled off multiple differentiating software-led projects. I always knew Vmware was Michael Dell’s ace in the pocket but was always wondering when the company would add big value to the portfolio. Well, here it is.

Throughout the event, I thought Dell Technologies did a great job of showing how it will deliver end-to-end IoT solutions across its family of companies. While it is still somewhat unclear how Virtustream and SecureWorks will play into the IoT framework, I am sure we’ll all find out later. Given RSA can’t fill all the security holes in the value chain, I’ll assume SecureWorks will fill in many of those holes. Virtustream could run SAP-based IoT apps and also run IoT PCF (Pivotal Cloud Foundry) Services.

Building out the ecosystem

Dell Technologies will, of course, be putting its partner program to use in building out the IoT ecosystem. The company has a lot of big-name partners on the roster, including industry stalwarts such as Intel, Microsoft, and SAP, as well as many up-and-coming startups, which I will address later. Another announcement from the event was that the partner program will now support partners across all of the Dell Technologies family of business, which will ostensibly simplify collaboration. At the event, Dell also highlighted VMware and SAP’s recent collaboration on an IoT analytics solution as an example of the partner program being put to good use. IoT success is about collaborating, and Dell Technologies is bringing most all of them to the table.

Another thing emphasized at the IQT event was Dell Technologies’ commitment to open standards—citing its ongoing participation in the EdgeX Foundry, the Industrial Internet Consortium, and the OpenFog Consortium.  Not many people know this, but Dell EMC was instrumental in driving the EdgeXFoundry forward. You can read a paper on the consortium here.

Lastly, Dell Technologies’ venture arm, Dell Technologies Capital, used the event to showcase a number of its current investments aimed at accelerating IoT technology and solutions. The company is investing in Edico Genome, who is responsible for developing the world’s first processor designed specifically for processing genetic sequencing data. Dell Technologies Capital has also made investments in FogHorn Systems, a company that specializes in edge-device AI software, and Graphcore, who is developing next-generation processors geared towards AI. The company also has made investments in Moogsoft, a company who applies AI to IT operations, and finally, Zingbox—who develop security solutions specifically for IoT. I go to many events, and while most vendors let their startup partners drone on four hours, I appreciate Dell gave each one ten minutes, and the content was great. Us analysts sometimes pretend we cannot learn anything from vendors, but I did from these startups. 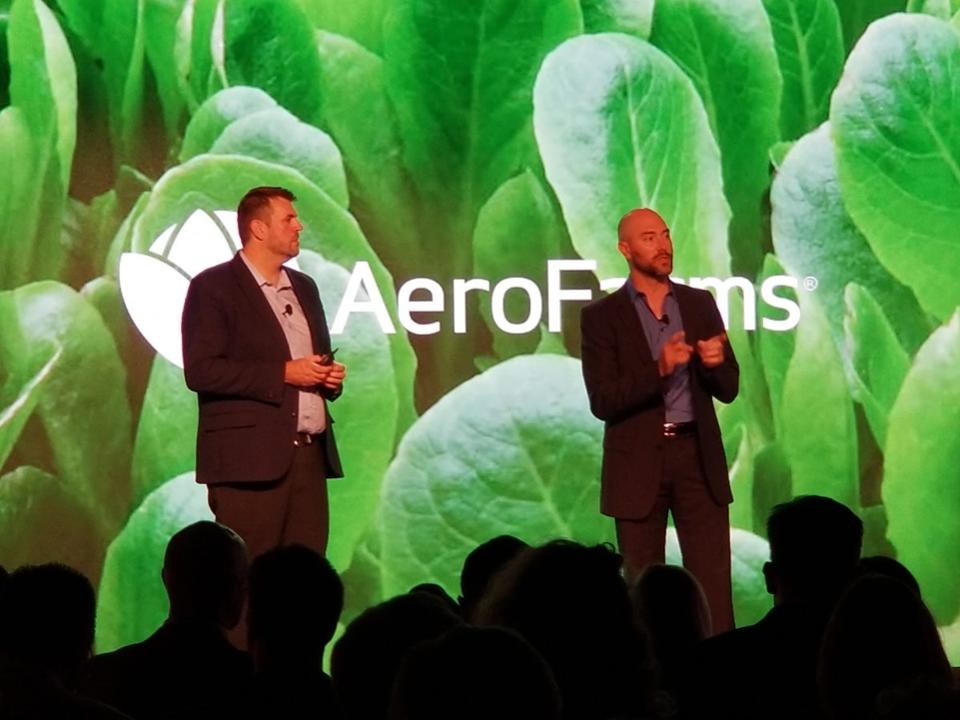 In conclusion, I feel relatively bullish about Dell Technologies’ ability to successfully pull off its distributed IoT strategy. This will not be easy as the new IoT leadership team has day jobs. Also, consider multiple companies must come together for IoT solutions, which in a worst-case scenario could result in trade-offs with a core, non-IoT offering. However, Dell is an execution machine, and I cannot see them adopting some fancy cross-functional planning and operational model without a high-degree of confidence of managing to it. The differentiation I see right now with Dell’s strategy is that the Dell Technologies family of companies, with their wide range of expertise and capabilities, can deliver nearly complete end-to-end IoT solutions—from infrastructure and management to development. I am unaware of any other company who goes that wide and deep