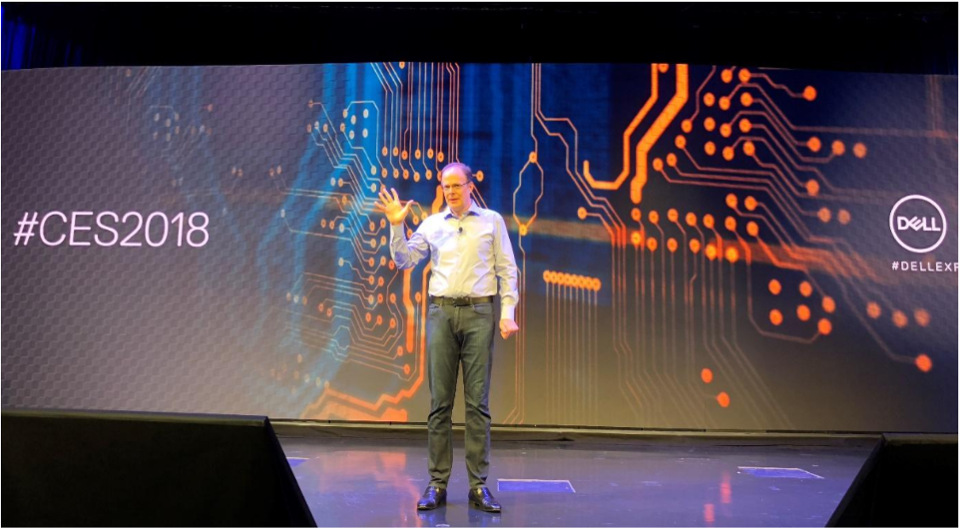 Over the past two weeks, half of the Moor Insights & Strategy team and I have been knee-deep in CES 2018 coverage, publishing rundown after rundown of announcements coming out of the event and weighing in on them with our sometimes snarky opinions. You can see all of our analyst’s CES 2018 content here. Today I will tackle the news  Dell delivered at the annual consumer electronics conference. Here’s my rundown of Dell’s big announcements and some opinions on them. The press have already weighed in on Dell’s new products and the company received an astounding 87 awards. Here’s my take.

Dell likes to tout that its XPS product portfolio has brought home more product awards than any of its industry competitors. I do not count awards, but I admire XPS not only in that it was the first Windows notebook platform to seriously challenge the aluminum MacBooks but also from the innovations it brought first to market like Infinity Display and carbon fiber.  When reviewing the Dell XPS 15, I called the system the “the best 15” premium consumer notebook I have experienced so far,” and the XPS 13 has become a premium stalwart.  Competition in the premium consumer Windows notebook is intensifying, and Dell’s competitors have significantly narrowed the lead, and I was excited to hear about the updates to the portfolio at CES 2018.

Dell says the new XPS 13 is “improved in every conceivable way.” On the design front, it is thinner, lighter, and features narrower borders with as much as 80% more reported thermal headroom.  Additionally, the XPS 13 now features a really nice Rose Gold with Alpine White glass fiber interior option if the more traditional silver and black doesn’t do it for you. It also features a next-generation (100% sRGB, 1500:1 CTR, 400 nit) InfinityEdge 4K Ultra HD display. Dell has also implemented GORE Thermal Insulation into the device, which the company says will allow keeping the system much cooler while working. I look forward to seeing how this new technology benchmarks over time. I would expect the system to throttle less as benchmarks are run over and over, similar to the stress that would be placed on the system during a game or video editing. 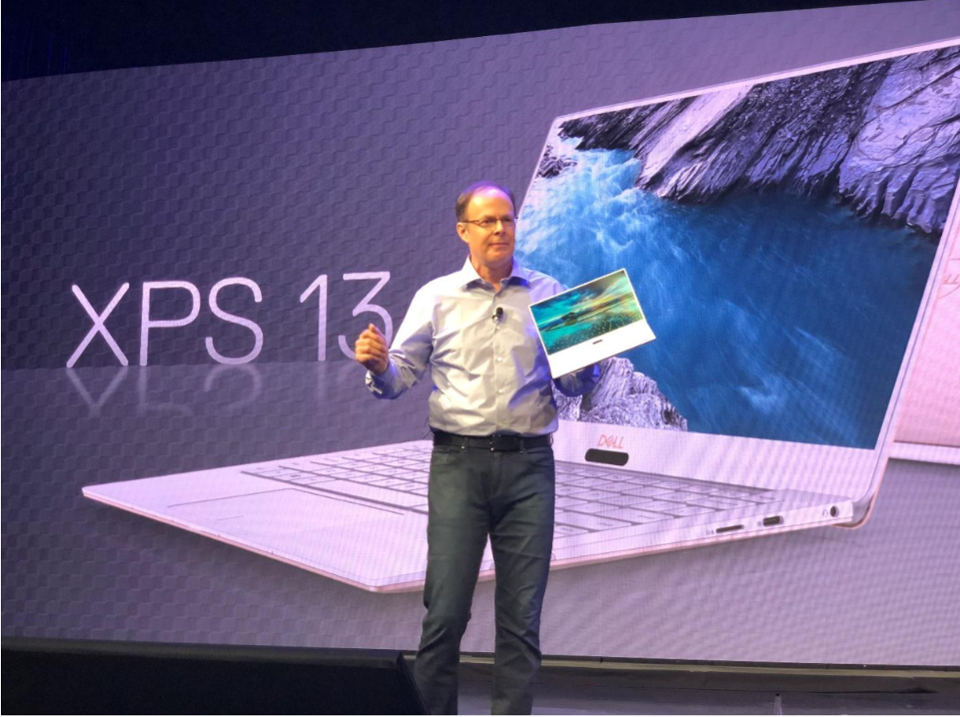 All in all, I have to say that these are the biggest improvements I have seen to the XPS 13 since the addition of the original Infinity Display. I believe the new colors and finishes will appeal to a broader audience as well. I am looking forward to using one firsthand and really see it in action. Dell received 35 awards for the XPS 13.

In addition to the new Dell XPS 13, Dell also announced at CES the new XPS 15 2-in-1, which it is calling the “most powerful” 15-inch 2-in-1 on the market. Dell is targeting the new XPS 15 2-in-1 to address a gap in the marketplace for lightweight, more powerful devices that suit the needs of both hobbyists and professional creators. It sports a new 8th Gen Intel Core processor with four CPU cores, eight threads, a discrete Radeon RX Vega M graphics integration analyst Anshel Sag wrote about here, and (like the XPS 13) the next generation InfinityEdge 4K Ultra HD display.

I wholeheartedly believe there is a market for thinner laptops with much higher performance graphics for gaming and 3D designing. Most laptops before this were much thicker, had a power brick bigger than your head and had fans that would drive you crazy when they kicked on.  It will take some marketing, though, for this to sink in and it will be important for both Dell, Intel and channel partners to drive this home

The new XPS 15 2-in-1 keyboard is characterized as “maglev”- literally, the keys are floating on magnets. The keys felt great, and they sound “clicky” like the new MacBooks, which some will love, others will not. It is really a personal thing, and if users do not like it, they can always go with the traditional, non-2-in-1 XPS 15. 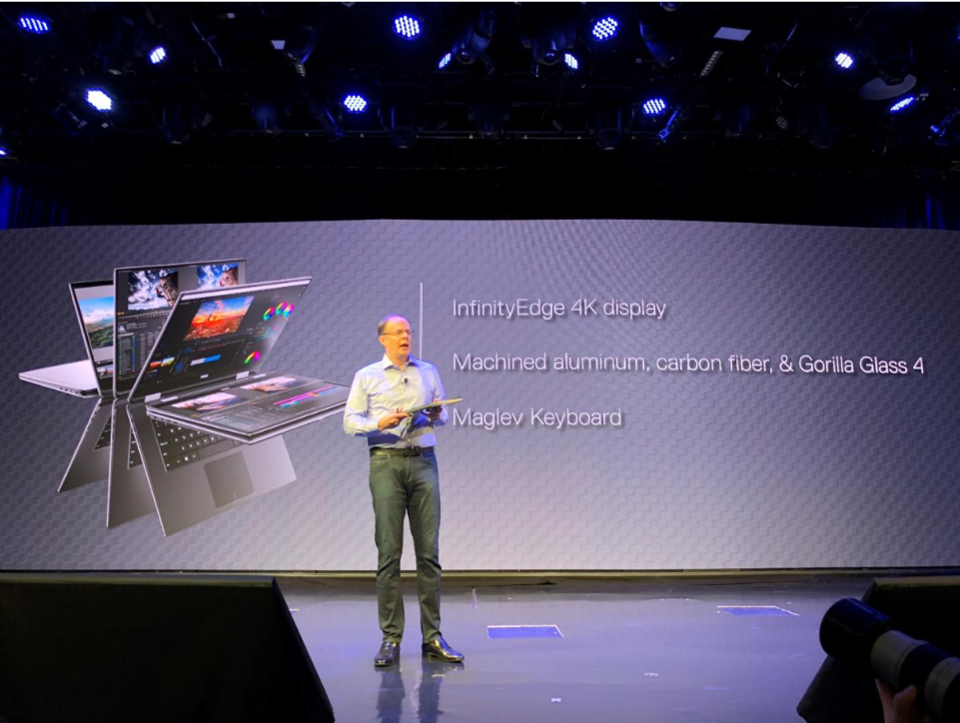 The new XPS 15 is very cool—I cannot wait to try out gaming and video editing on it. It looks to be a solid addition to the XPS portfolio. The Dell XPS 15 2-in-1 received 33 CES awards, an impressive feat.

Dell takes users to “the movies” with Dell Cinema

Another announcement from CES 2018 was that the XPS line and select Inspiron PCs would now come equipped with “Dell Cinema,” in what Dell is calling “an immersive audio and visual experience” for watching movies and TV. Dell Cinema is comprised of three components: CinemaColor (HDR displays), which decodes and displays streaming HDR content with a wider, more vivid color gamut, CinemaSound (powered by Waves MaxxAudio Pro), which provides enhanced bass, clearer highs, and higher volume, and CinemaStream (powered by Killer and SmartByte), which optimizes online streaming for less buffering, more bandwidth, and improved resolution.

It is no secret that more and more people are streaming TV shows and movies on PCs instead of traditional TVs—it makes sense for PC manufacturers like Dell make it the most enjoyable, cinematic experience possible. In all the research I have conducted and read, notebook PCs are the preferred device to watch long-form content over phones and tablets.  That being said, it will likely take some effort to successfully market this new portfolio brand and educate consumers and channels on why the experience is better. From a business perspective, I like it as it wraps an upsell into the equation.

Also announced at CES 2018 was the new Alienware Command Center for PC gamers. This new command center combines system settings, content and other functions into one interface, and helps gamers of all levels of experience optimize and tune their computers to their custom gaming needs. I like what I saw so far, particularly the integrated game library, but am sure Frank Azor and team will be making big feature additions over time. I would love to see both CPU and GPU tuning intelligently integrated together. Alienware is the company I would expect to introduce gaming tools that are independent of GPU provider, CPU provider, and even preferred publisher as those parts of the ecosystem have taken part of the brand mantle from game PC makers. 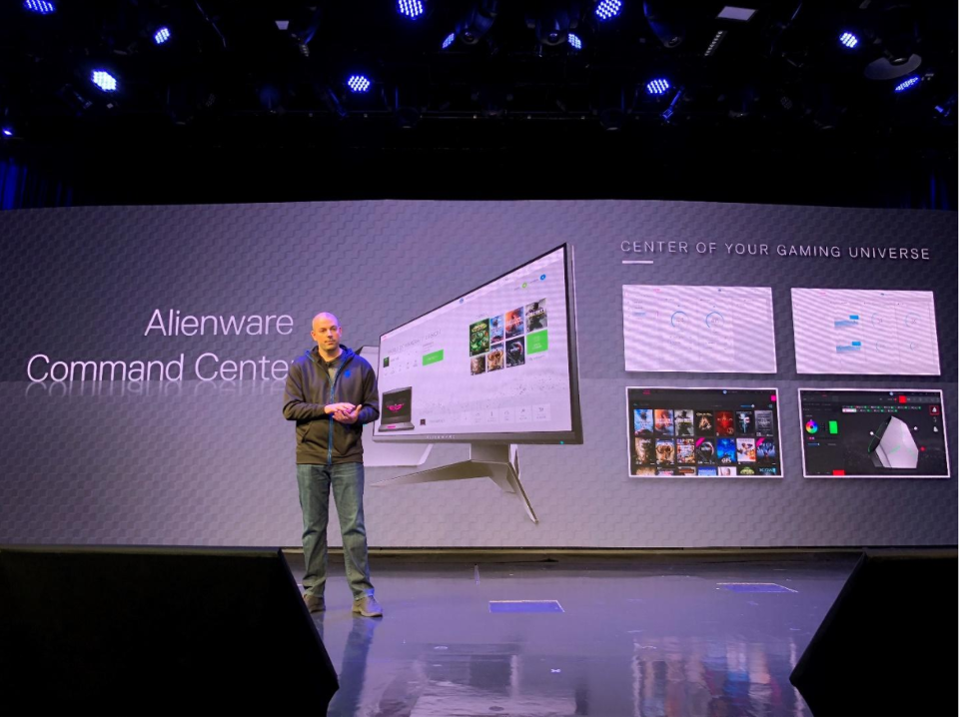 In addition to the Alienware Command Center, Dell also announced AlienFX 2.0, the next generation of Alienware’s in-game lighting system. Used alongside the Command Center, AlienFX 2.0 gives even more color and lighting customization opportunities for users, on a “by game” basis. This looks very cool. 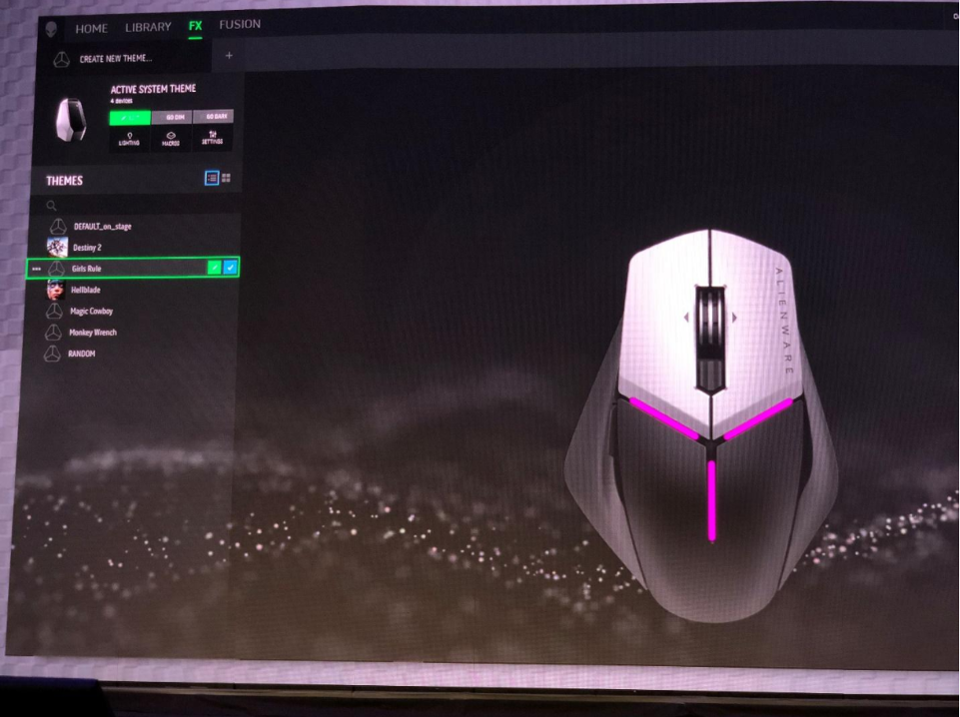 There were also several announcements made by Dell at CES 2018 in the realm of VR. First, Dell announced a new VR-enabled Inspiron Gaming Desktop, designed to lower the cost of entry for VR at a starting price of $799. These PCs come equipped with 8thGen Intel Core processors (with as many as six cores and graphics), and solid-state drive options and cutting-edge thermal design to allow for longer sessions. I think this is a smart move on Dell’s part—lowering the barrier to entry for VR is something that absolutely has to happen to advance the industry towards mainstream adoption. You could get a VR system at this price before on promotion, but this is not a promotion price, it is steady-state, and I’s expect the on-promotion price to be even lower in the future.

Dell also announced at CES 2018 that it would be the first PC provider to sell the consumer version of the HTC Vive VR headsets, as well as the HTC Vive Business Edition. I would like to see some software integration done here to simplify the experience instead of just a resale agreement. 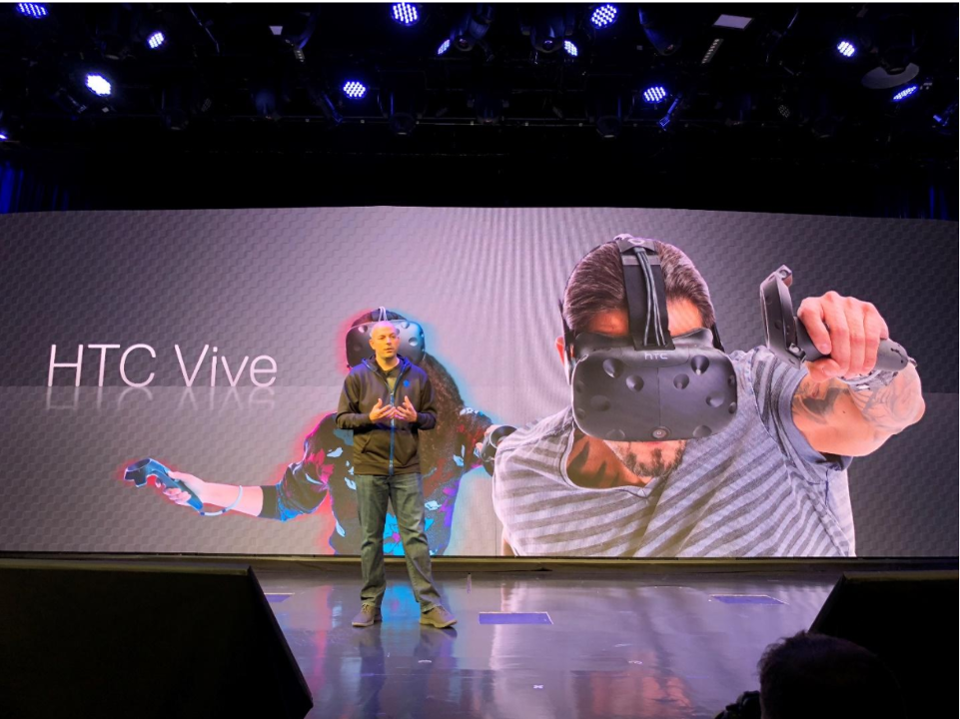 Other announcements from CES 2018 included updates to its Latitude portfolio of notebooks and 2-in-1s. The line has been upgraded with 15W dual-core and quad-core 8th Gen Intel Core vPro 15W processors, which will deliver significant performance improvements in performance. You are literally getting twice the cores and threads with the new quad-core designs. The Latitude 7000 series laptop took home four awards from CRN.

There was clearly plenty to chew on here—Dell’s been keeping busy this past year. The upgrades to the XPS portfolio look stellar, and I can’t wait to get my hands on the new computers. The XPS line never fails to deliver and I’m interested to see how they competitively stack up given the voraciousness of the competition. Dell Cinema looks like a nice new portfolio feature for the PC-streaming crowd, though we’ll see how it ends up being marketed. I’m feeling good about the new Alienware Command Center, and the various VR announcements made at the event.  Dell received an incredible 87 awards at the show, an impressive feat. All in all, it was a very good showing from Dell at CES 2018.