Remember back in 2013 when Dell was losing PC market share and talking about focusing on “profitable growth in commercial markets”? It seemed then like Dell was losing their nerve in the consumer PC market. Then Dell announced in June of 2013 sweeping changes to their PC strategy that I wrote about here. The results in 2014 were unit market share gains in both global commercial and consumer markets (7 straight quarters per IDC) and increased profitability. Now fast forward to the 2015 Consumer Electronics Show where Dell received seven CES awards for many of their PC and tablet products. What a difference a few years make.

The product that got the most attention was Dell’s XPS 13 notebook which really lives up to its reputation as the smallest 13” notebook on the planet. When you see it in person, you cannot believe that it is a 13” notebook because it’s essentially in an 11” chassis. Dell accomplishes this with a 13” UltraSharp Quad HD+ (3200×1800) touch display which is almost edgeless. In my first passing of the XPS 13, I actually had to ask someone to confirm that it was the XPS 13 because I simply couldn’t believe that was standing in front of me was a 13” notebook. 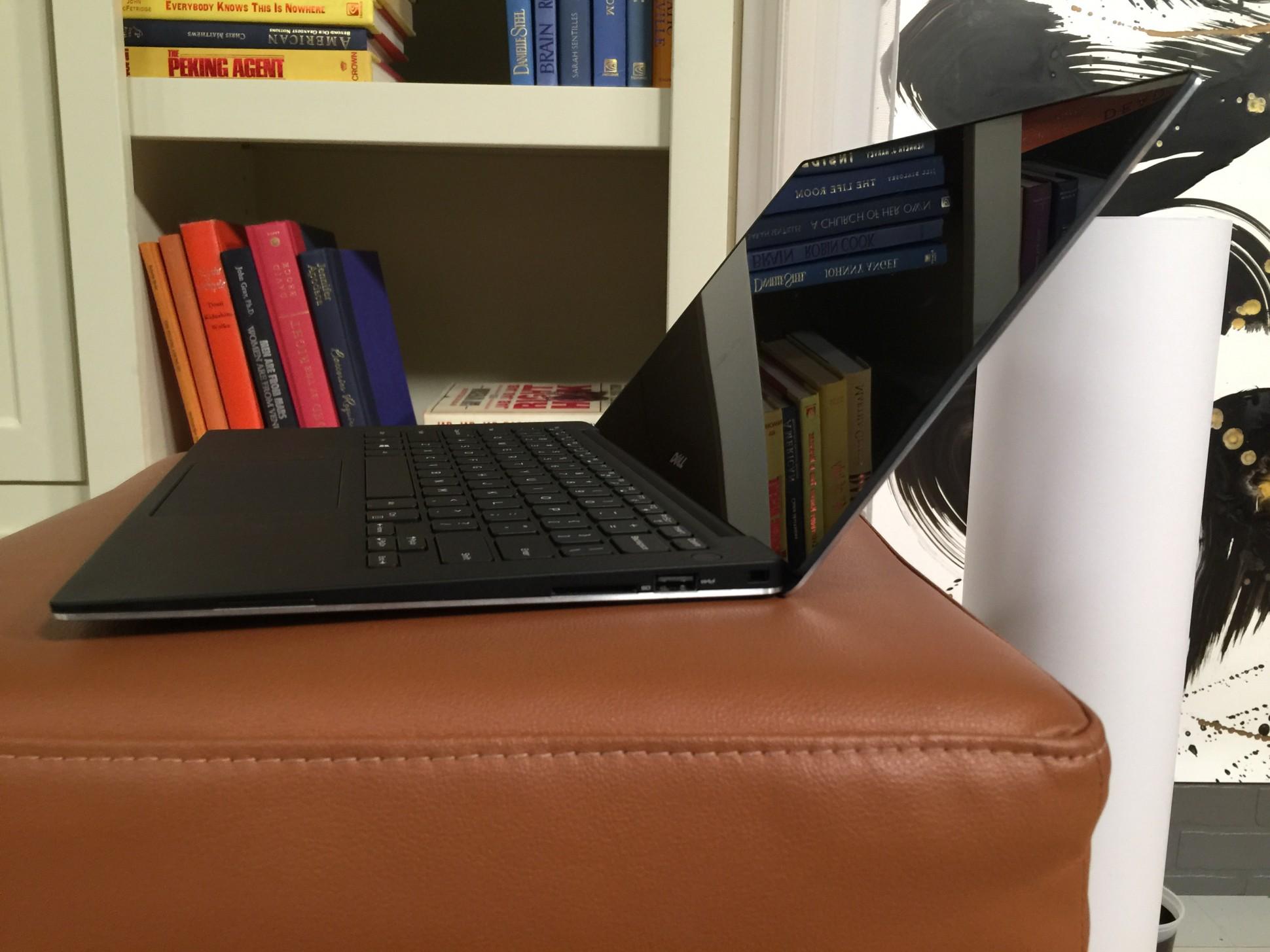 As you would expect, the Dell XPS 13 is built with machined aluminum and carbon fiber and weighs a paltry 2.6 lbs. Also, thanks to the 5th Generation Core processors and SSD drives and other power optimizations the laptop can get up to 15 hours of run time on a single charge. That is without the potentially 7-8 additional hours of battery life that can be had with the Dell Power Companion’s help. I’m looking forward to seeing how it stacks up to my 13” Mac Air.

Marketing will be exceptionally important for the XPS 13. It’s one thing to have a great product, but it’s another thing to market it accordingly. Just ask Apple. They have both, something few companies have. While I’m not at liberty to share conversations I had with Dell executives, the approach I had explained to me is smart. We’ll have to wait and see how it’s executed.

Dell followed up the XPS 13’s announcement with the shipping announcement of another feat of engineering with the Dell Venue 8 7000 Android tablet. The Venue 8 7000 series tablet is, according to Dell, the “thinnest tablet on earth” as it is 20% thinner than the Apple iPad Mini Retina and 9% thinner than the Samsung Galaxy Tab S. Part of this thinness is possible thanks to the tablet’s edge-to-edge 8.4” OLED display, which is naturally thinner, and more power efficient than its LCD counterparts meaning that a smaller battery is possible without compromising on battery life. 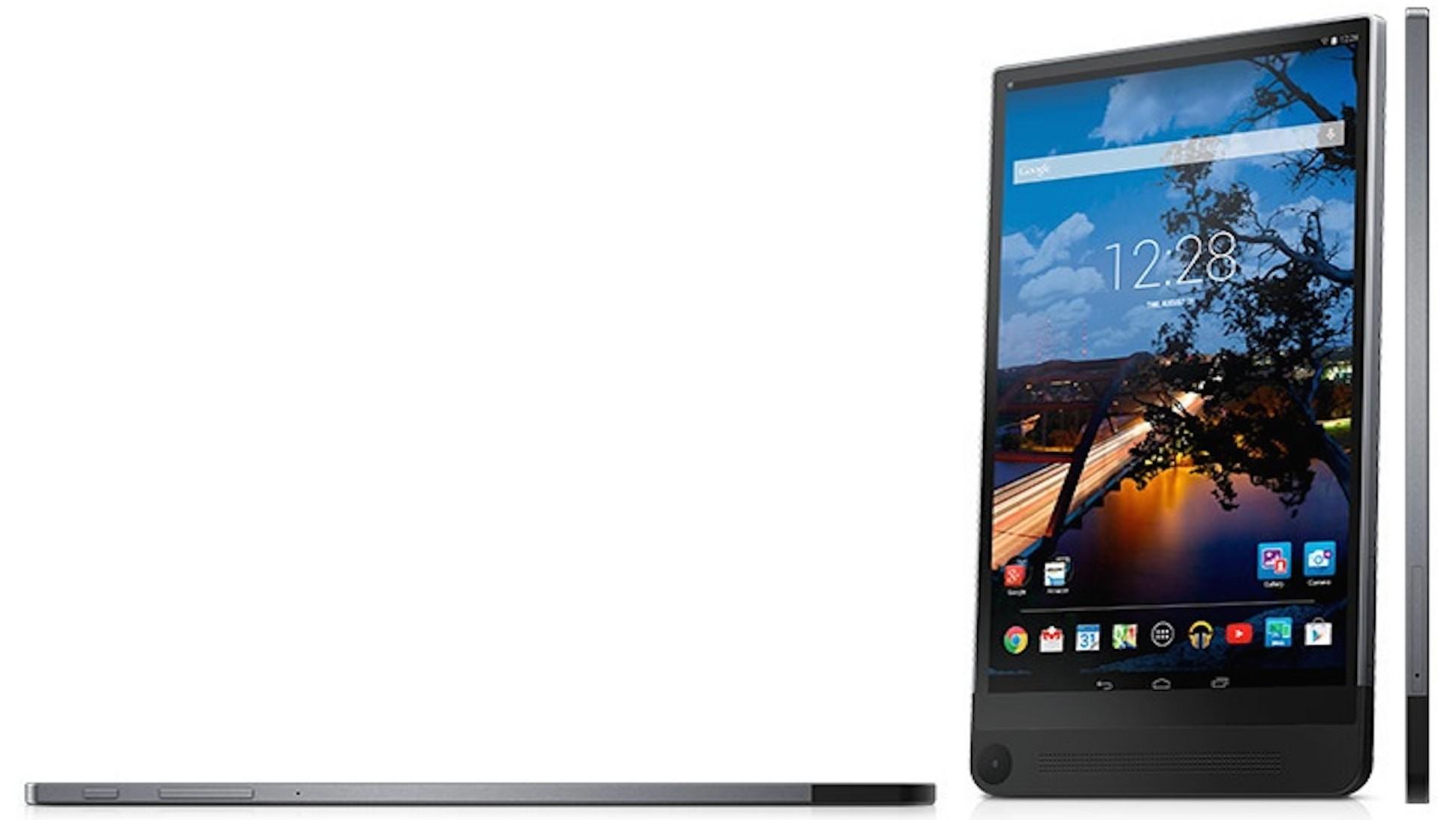 The Dell Venue 8 7000 series also has another interesting Intel technology outside of its processor, which is Intel’s RealSense camera technology that provides depth data using a depth camera and is the first consumer tablet available with an integrated depth camera. I like the “world view” RealSense camera as I believe consumers will like the picture post processing, measurement capabilities and augmented reality games.

Dell also refreshed their Alienware line of laptops with the Alienware 15 and 17 giving them an update to their GPUs with the new Maxwell GeForce GTX 900 series from Nvidia. These new GPUs also enabled Dell to reduce the overall thickness of their Alienware 15 and 17 notebooks by 20%. Dell also paired both of these notebooks with their Alienware Graphics Accelerator which is the company’s own external graphics solution allowing a user to boost the graphical performance of their notebook with a desktop discrete GPU. All of this graphics horsepower has to power something, so Dell upgraded the Alienware 15 notebook with an UltraHD 4K LCD display, making it the first 4K notebook in Alienware’s history.

Dell also made improvements to their Inspiron line of notebooks and All-in-Ones with updates to the displays and adding Intel RealSense cameras. Dell launched the Inspiron 13 7000 series 2-in-1 Special Edition with a 360-degree hinge design on a 13.3” full HD IPS touch display allowing for a multitude of usage scenarios. Intel also added the Real Sense 3D camera to the Inspiron 15 5000 series now with Intel 5th generation Core processors as well as the Inspiron 23 All-in-One. Last but not least was the Inspiron 15 7000 notebook, which also got the same treatment as the Alienware 15 notebook, and now features a 4K UHD display with an IPS panel allowing for maximum media creation and consumption capability.

Dell is without a doubt updating their product lines here at CES 2015 with a very strong focus on “thin” and “sexy” and improving the display and graphics capabilities of their products. They are introducing 4K and Intel RealSense technologies across their product lines in addition to updating them with the latest CPUs and GPUs from Intel and Nvidia to enable a great experience. The XPS 13 is without a doubt one of the most innovative products to come out of Dell in recent memory and it offers a glimpse into what the “New Dell” has been up to over the past year since they’ve gone private and their 2013 strategy change. The company is really pushing the envelope of what is possible with current technologies and is managing to do so with very high quality materials and build quality, enabling them to compete with the likes of Apple for premium consumer products.