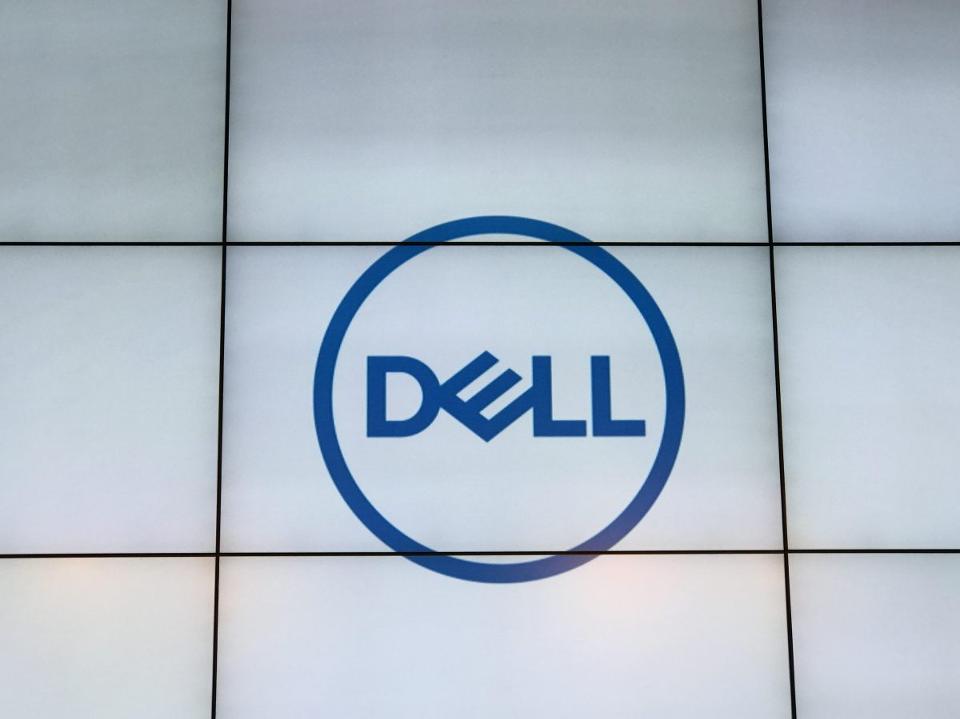 Two weeks ago, I attended Dell EMC’s annual premier conference, Dell EMC World, held in Las Vegas. I did a detailed write-up on many of the bigger technology and product topics coming out of the event, which you can read here. I also attended many of Dell’s channel events and got a lot of one on one time with Dell EMC’s senior channel executive, including channel President John Byrne, alliances SVP Jay Snyder, channel marketing SVP Cheryl Cook, and distribution SVP Jim DeFoe. Based on those conversations and announcements, I wanted to spend some time talking about two elements of its new partner programs and services that I didn’t think were externally discussed as much as they could have been. Some background, first.

In the early days of Dell, the company fancied itself as “the“direct company”, but many things have changed over a decade, and Dell Technologies’ Global Channel is a whopping $35 billion-dollar business.

Dell EMC’s stated vision for its partner program is to help their partners break into new and existing markets. Every big tech company has their partner programs, but the extent to which they can accomplish this goal varies widely across the board. It’s easy to pay lip service to, but a little harder to execute successfully. One of the unique parts of Dell EMC’s channel program is the huge upside potential. $35B is impressive, but is relatively small compared to their competitors. 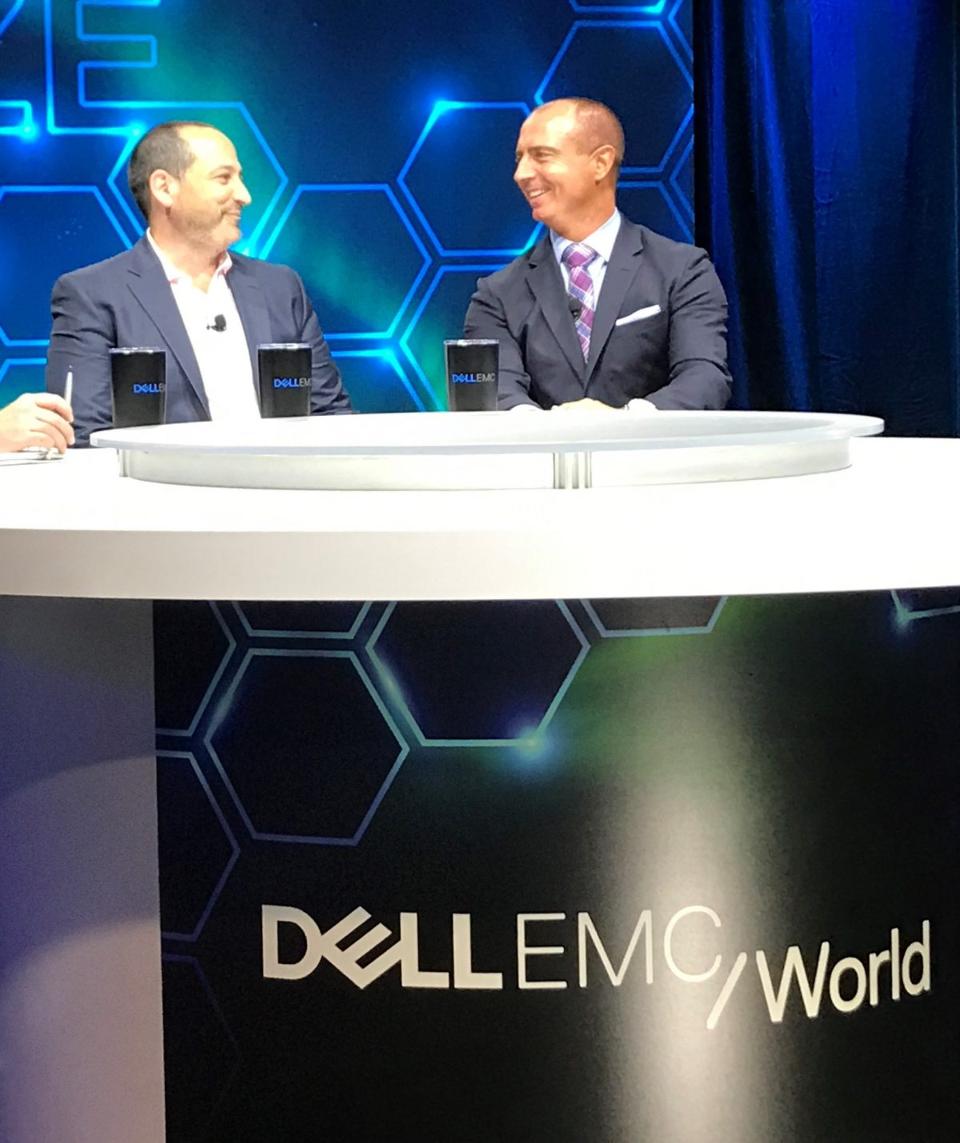 Getting the inside scoop from Dell EMC channel chief John Byrne

In all channel businesses, the notion of “incumbency” is important. Incumbency says that the channel partner gets sales credit for accounts they brought into the vendor. One of the bigger channel announcements was that Dell EMC would be evolving and expanding their line of business (LoB) incumbency for storage to Infrastructure Solutions Group (ISG) in its commercial sales division. For background, the LOB Incumbency program was established back in 2016 to help recognize the special relationships their partners had previously established with their customers. The program considers historical business performance, and aims to reduce direct conflict by aligning Dell EMC sales teams to a Channel Partner in one of these identified ‘incumbent’ accounts.. The main goal is to help Dell EMC’s partners protect their deals, while simultaneously honoring their relationships across the various divisions.

This new expansion would effectively extend incumbency across all lines of business: storage, networking, server, backup, converged/hyperconverged systems, and solutions.

Dell EMC says this will allow it and their partners to grow their businesses and really band together to drive business. I think this a strong part of the program and at the show, channel partners anecdotally told me they were very happy about that.

Another new perk is that Dell EMC is adding Client Incumbency—partners now have the chance to earn incumbency on their new customers, as well as new LOBs on their existing customers. The overarching idea here is that if partners bring Dell EMC business, the company’s commitment to them is that it will work with channel partners to ensure there’s no conflict with the direct sales teams  in these accounts.

A lot of these changes come down to its goal of making the Dell EMC Partner Program the most profitable and predictable one out there.

Channel chief John Byrne said this no less than 20 times during the event and was mirrored in Michael Dell’s comments. Michael Dell obviously master-minded the early direct model, but I sense that Dell admires the channel’s innovative spirit and entrepreneurship. He knows Dell Technologies and Dell EMC need the channel to grow the company like he wants.

The incumbency program runs on an annual basis—in other words, the rules aren’t being changed up on partners every quarter, which is strong, though earned incumbency on new logos/LOBs will be tallied on a quarterly basis. Dell EMC has clearly defined Program Tiers, which delineate revenue and training requirements while providing partners a clear roadmap to the next tier. Dell EMC also boasts transparent deal registration and very clear rules of engagement—its Partner Code of Conduct and Deal Registration program are both globally enforced, and designed to protect the companies who uphold their end of the bargain of promoting Dell EMC products to their own customers. Partners who comply, and have registered, approved opportunities also gain access to advantaged pricing and protection from direct sales conflicts—a pretty sweet deal by the sounds of it. Basically, if you play by the rules and bring business to Dell EMC, the company is promising a predictable path to profit.

A new focus on marketing
One other element that really stood out to me was the amped up marketing presence at Dell EMC World this year under the leadership of VP Cheryl Cook. A surprising number of Partner Marketing leaders were in attendance, and there were several marketing-related sessions held during the conference. As an industry analyst who goes to a lot of these sorts of events, I can attest that this focus on marketing is not all that common. Part of it can probably be attributed to the fact that this was the first-time Dell EMC has met with their collective partners, as a single unified company—it’s a new era, and it makes sense for the company to bring in all its different constituencies for this one.

The enterprise channel, like all enterprise vendors, are facing challenges and opportunities. Cloud, IoT, security, machine learning and yes even mobile are new opportunities that will all require new solutions, but also new ways of marketing.

Dell Technologies’ SVP of Marketing Guarav Chand along with Laz Gonzalez (CSO of Zift Solutions) hosted a Marketing Breakout session for the Partner Marketing attendees, in which the two leaders shared their own digital marketing strategies with the audience. Dell EMC saw this as an opportunity to bring the marketing community together and share best practices—what’s working, and what’s not. In addition, Dell EMC held its first Partner Marketing Council, during which top Partner Marketing execs held round table discussions on various marketing topics. I see this all as beneficial—for Dell EMC and its partners. Especially for a partner program that is so integrated, it’s important for everyone to be on a similar page when it comes to the marketing side of things.

To that end, there was also a handful of new marketing tools and resources announced at Dell EMC World. First, Dell EMC announced its new Marketing Platform, which the company describes as an “automated, digital marketing tool that offers turn-key solutions for web content syndication, email, and social campaigns.” Dell EMC says it will allow its partners to quickly construct and execute campaigns, while giving them the ability to closely monitor customer response and campaign performance.  I love this, and as it embraces new areas like IoT, machine learning and security, it will be even stronger.

Dell EMC also announced that they have added a Campaign Center to the Dell EMC Partner Portal, where partners will be advised and guided towards the right campaigns for their purposes.  Dell EMC says that by utilizing the ready-made and well-prepared materials available from the Campaign Center, partners will save a lot of time and effort.

Finally, Dell EMC announced the launch of its Marketing Institute located within its Partner Academy. The Marketing Institute will offer partners the chance to increase their Dell EMC marketing knowledge through industry-specific courses, while informing them of the various benefits to the marketing programs, tools, and resources available to them through Dell EMC. In my quick look at these resources, I see a lot of value here, and it’s evident Cook and her team took advantage of the clean slate they were given.

Women of the Channel

One last thing I wanted to mention from Dell EMC World was the launch of the company’s first Dell EMC Extraordinary Women of the Channel event—an opportunity to network, and foster a broader global community of woman leaders in the industry. It’s widely known there’s a historical deficiency of women in tech related fields, so it’s great to see Dell EMC making efforts to alleviate that and lift the women CEOs, entrepreneurs, and channel leaders within their own circles. Dell EMC says that this is just the beginning of a larger campaign in this area—I hope they keep up the good work.

I was encouraged by the efforts I saw at Dell EMC World to further bolster their new partner program launched in February. The expansion of incumbency beyond storage is only going to make Dell EMC a more desirable partner—in terms of predictable profit, it’s hard to think of many other companies who would be a safer bet. I was glad to see the new focus on marketing at this year’s event, and the new announcements coming out of that—marketing is a really important part of the industry that is often underrepresented at these partner summits. It’s time they got their due. As I wrote in my first blog on the event, Dell Technologies’ unified vision truly does seem to be coming together—which is just as great for its channel partners as it is for Dell EMC. As a result, I think we could see more and more companies flocking to Dell EMC’s partner program over the next few years. This will be no easy task as competitive channel stalwarts are locking and loading, too, making changes, and I’ll continue to monitor.