Does your company have an environment of innovation? 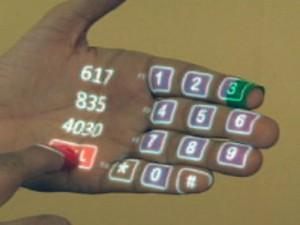 at Dell World last week, titled, “The importance of transformation in growing your business” which explored innovation across many vectors.   Both thought leaders distinctly made the case that the only way for an individual and organization to innovate big in this environment of rapid change is to inject flexibility, agility and a willingness to take a risk into the organization. When you think about large organizations, rarely does one think of big innovation, and there are many reasons for that.  Therefore, driving innovation in business fundamentally requires atransformation.

Frank Moss is in the innovation business as he drives MIT’s Media Lab’s “invention factory” where his team has developed some major innovations, particularly in HCI (Human Computer interface). Moss 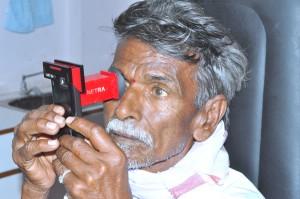 talked about many of the lab’s innovations, including “Netra,” a $2 add-on device that attaches to a smartphone that automatically tests for an eyeglass prescription, and “City Car,” a narrow car designed to park sideways with an engine in the wheels which folds up in a three feet wide space. One example Frank Moss outlined in extreme detail was a project called “Sixth Sense” for a new display-less and touch-less interface.  The user would project the image from their phone onto any surface, including their hands, walls, and even another person.  The inventor, Pranav Mistry, failed numerous times before he developed a truly usable solution.  Pranav’s first attempt was literally a helmet with a huge projector strapped on top.  Moss stressed that he sees the best innovations coming where there are risks taken in a flexible and adaptive environment.

What does this have to do with corporate IT?  IT is “a” group, and maybe “the” key group in the enterprise who can help to enable innovation on a mass scale and deal with all this change.  At a minimum, they can remove obstacles in their way.  IT owns the innovation tools and most of the information that employees use to create the next generation of incredible innovations and inventions.

Dave Johnson’s premise is that the CIO, now known as the chief information officer and really acting as the “infrastructure” officer, should – in reality – be labeled the chief “innovation” or “invention” officer.  This recommended change is driven by the fact that CIOs need to be the one to translate the technology and apply that against a business problem.

One of the biggest issues holding back innovators and inventors is a rigid IT infrastructure that cannot flex or grow with the mega-change that’s coming orthat they plan to enable. Examples are everywhere and if you’ve ever worked in a large company or maybe for yourself, you know what I am talking about.  There’s just a fundamental difference between the way innovators and inventors want to work and how that creates problems for IT. Inventors want to invent everywhere, anytime, with access to all data ever recorded blended with external data and want it done quickly. Then there’s those little IT problems of security, legacy systems that don’t talk to each other, data storage explosion, and budget crunches.  All of this requires agile and flexible IT.

IT fundamentally needs a transformation, and I believe Dell can offer the solutions that have potential to be an organization’s “Innovation X Factor.”

Dell’s Dave Johnson talked about some of Dell’s tools and solutions to help customers with that IT transformation, which he split into three areas:

Dell hopes that flexible and agile IT solutions will enable customers to be as innovative as MIT’s Media Lab.  When you think about it, predictability is an IT requirement, but it doesn’t create many breakthroughs.  Frank Moss’ goal is that this new 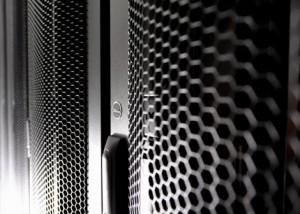 environment also improves job satisfaction, moving it from one of “walking scar tissue” to one that’s much more enjoyable.

And that is what Dell is focused on.