This year, NVIDIA doubled down on their bet on Artificial Intelligence (AI) at the annual Graphics Technology Conference. “AI is the most far-reaching technological advancement in our lifetime,” Jen-Hsun told the rapt audience of followers at his opening keynote address. “It changes every industry, every company, every thing.” Jen-Hsun is not alone in this enthusiastic assessment. Rob High, CTO of the IBM Watson program, said in his GTC keynote address that cognitive computing would become “the largest consumer of computing cycles by 2020”. We believe that the broad range of real world applications on display at this event could mean that AI, powered by new GPUs and Deep Learning algorithms, is finally about to cross the chasm to broad applicability, 50 years after it made its debut. Some things are worth the wait. And companies such as NVIDIA, Advanced Micro Devices, Intel, IBM, Xilinx, Apple, Amazon, Google, Baidu, Microsoft, Oracle, SAP and SAS are all keenly aware of the impact the advent of mainstream AI applications could have on their businesses and are investing accordingly.

An example of the laser like focus of the new breed of AI applications, consider the sleek device made by the Italian startup Horus Technologies, which assists people with severe visual impairments to “read” a menu board, recognize when a friend enters their field of view and other activities sighted people can take for granted. The wearable device is actually “trained” by massive supercomputers in the cloud. Interestingly, Artificial Intelligence was the focus of every keynote session and over 25% of the event’s technical sessions (224 out of 826).While the “G” in GPU does stand for “Graphics”, NVIDIA’s CEO Jen-Hsun Huang focused his kickoff address last year–and apparently a big chunk of his company–on the company’s big bet on Deep Learning. His timing may be good; these applications require the massive computational power of GPUs, while the software needed to program a DNN is now widely available as open-source projects from Google, Apple, NVIDIA, Advanced Micro Devices and Microsoft as they develop their internal applications such as voice recognition, search advertising and image recognition. 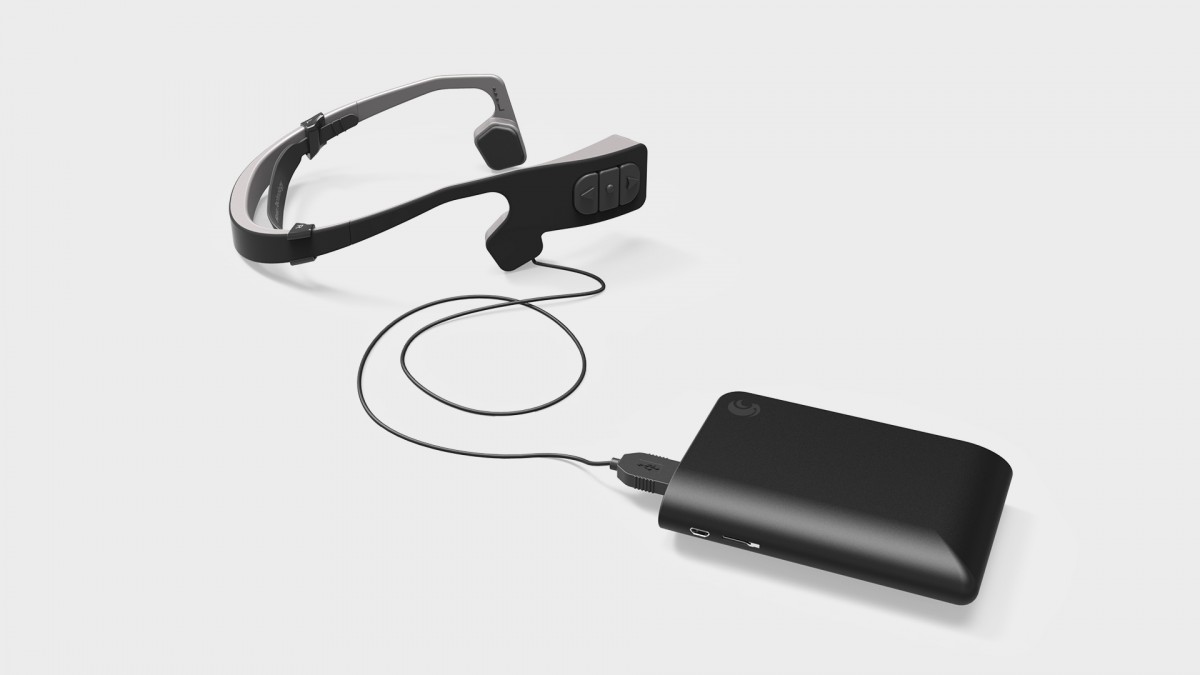 An appliance for the visually impaired demonstrated at the GTC conference. (Source: Horus Technologies)

NVIDIA does not break out their revenue or units by application segment, so it isn’t apparent just how large this market is today. It is safe to assume it remains relatively small. However, it is not unreasonable to project that hardware sales could amount to billions of dollars in the coming years. GPUs could be a primary beneficiary; DNN training systems have as many as 4 or even 8 GPUs per CPU, significantly increasing the GPU content as a percent of the server revenue.

As expected, NVIDIA announced the Tesla P100, the first PASCAL GPU product, which supports the more efficient 16-bit floating-point instructions that Deep Learning requires, doubling the performance and efficiency of typical GPUs. In addition, NVIDIA announced their own branded server, the DGX-1, to enable development of Deep Learning applications based on the new chip. This “Super Computer in a box”, with 8 Pascal chips interconnected in an NVLink mesh, can deliver the performance of up to 250 servers in DNN processing, according to the company and is priced at $129,000, available later this year. They also demonstrated a joint project with IBM’s Open Power platform at the concurrent Open Power Summit.

An integrated Early Stage Challenge track at GTC showcased start-up companies that are finding novel uses of GPUs, with a $100K grand prize at stake. Past winners have included Oculus Rift, Gaikai and Natural Motion, all of whom were subsequently acquired for a total of almost $3B. This year’s winner was Sadako Industries, a Spanish company that is using machine-learning robots to sort recycled materials at lower cost and higher accuracy than possible with human sorters. Significantly, of the twelve companies competing for the prize, nine were using Deep Learning in their product, and only two were from the USA. The table below summarizes the DL contestants and other notable AI companies on display at GTC 2016.

There is little doubt that Deep Learning will have a huge impact on many markets as well as many technology companies from Amazon to Zillow and from NVIDIA to Intel to Advanced Micro Devices. There have been over 20 significant acquisitions over the last two years according to CB Insights; 4 thus far in 2016 including MetaMind which was acquired by Salesforce.com during the GTC event. While small startups are getting a lot of attention and investments, the big players such as Oracle, IBM, Microsoft and SAP aren’t standing still, incorporating Deep Learning into their business intelligence and predictive analytic applications and services such as IBM Watson.

It is perhaps scary to note that some notable luminaries, including Tesla CEO Elon Musk and Cambridge University’s Steven Hawking, warn of the dangers of AI progress, possibly reaching a point in our lifetimes at which AI machines will be able to design their own successors, potentially sparking an apocalypse. Regardless of these dire predictions, we can expect the adoption of Deep Learning in small startups and large enterprises to accelerate dramatically over the next 12-18 months. There is no question it will have a big impact on the world and our lives.