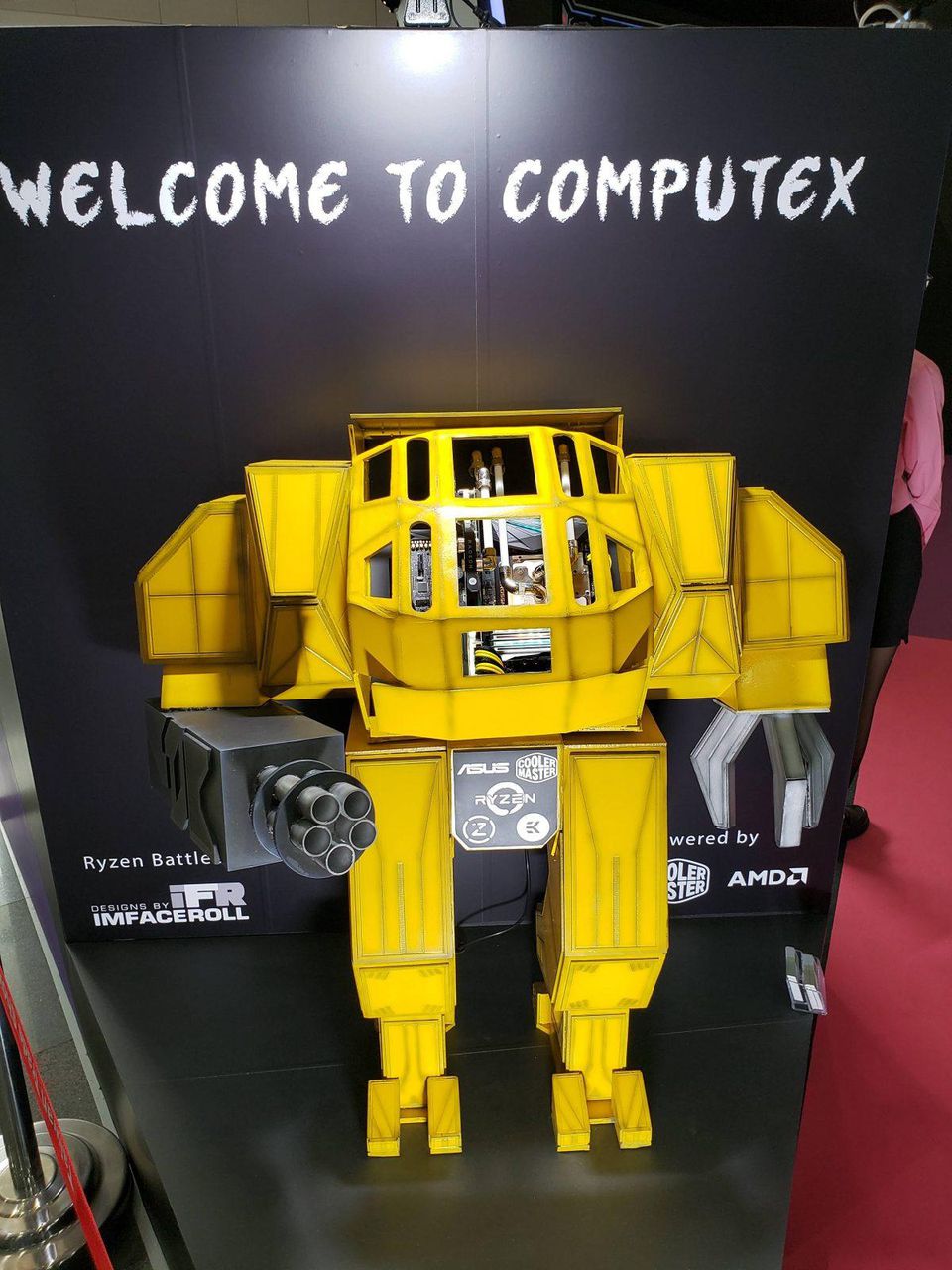 For many years Computex has been known as ‘the PC hardware show.’ CES was all about gadgets, MWC all about mobile phones and Computex all about PC hardware. In recent years, Computex has tried to shift its focus away from PC hardware towards IoT and AI, but many of the exhibitors still consider it the show to unveil their latest PC innovations. In fact, most people’s perception of the show’s success or not has generally been tied to the significance of the PC announcements from the biggest players in the industry. The list of major players at Computex typically includes Acer, Advanced Micro Devices, ASUS, Gigabyte, Intel, Microsoft, MSI, Qualcomm and Samsung Electronics. This year, however, the biggest announcements came from the big chip makers, AMD, Intel, and Qualcomm.

At AMD’s Taipei press conference, the company made a series of major announcements and disclosures around its next generation of products. Probably the most interesting announcement came from the high-end of the company’s desktop product portfolio with the second generation of the Threadripper high-end prosumer and workstation chip. The Threadripper 2 (shorthand for 2nd Generation Threadripper) at its highest spec will have a monstrous 32 cores and 64 threads. This chip will be produced using the Globalfoundries 12nm process node and will launch Q3 2018 which could be any time from July to September. This chip once puts more pressure on Intel at the high-end like the original Threadripper that released last year.

AMD is helping to bring back excitement to a segment of the PC market that had previously been owned entirely by Intel and could arguably have been considered “flat.” I remembered a year ago, ten cores seemed like a lot for a performance chip. Not anymore. We haven’t tested the chip yet, but undoubtedly, it will perform well on very heavily threaded workloads like video encoding and transcoding and physical rendering. What AMD must do to really drive some volume is get into the tier 1 workstation market with Apple, Dell, HP Inc., or Lenovo, else I expect volumes to be quite low.  Threadripper 2, though, is about bragging rights, and AMD has a lot to brag about, this includes drop-in upgradability from the original Threadripper via the x399 chipset.

AMD also showcased the company’s latest 2nd generation Ryzen mobile and desktop design wins including the Acer Predator Helios 5 notebook which features both an AMD Ryzen CPU and Vega 56 GPU. AMD also showed off Ryzen mobile design wins from ASUS, Dell, HP Inc. and Lenovo with a surprise announcement coming from Huawei with their D 14” notebook. AMD expanding their customer base with an upcoming brand like Huawei is a good sign for the company’s products because it means that ambitious companies like Huawei believe in their vision. While Ryzen mobile has been out since late last year, this is the beginning of the big volumes at decent price points. AMD can really crank the frequency on these Globalfoundries-fabbed parts with vastly superior graphics and in ways, are more competitive than Ryzen desktop.

AMD also provided some roadmap details on their GPU business with the unveiling of their upcoming 7nm Vega Radeon Instinct products that will be available in 2H 2018. What AMD needs next is for some machine learning customers to come out and support it and AMD’s ROCM software as 7nm Instinct will likely be the first 7nm enterprise GPU accelerator. It would have been nice to see Navi in 7nm now, but that will have to come later.

In addition to future GPU architectures, AMD also announced support for Radeon FreeSync on Samsung QLED TVs on both consoles and PCs using AMD GPUs via an update. The company also claimed that FreeSync is supported on twice the number of displays as GSync.

AMD came to Computex with a strong showing and has given the industry more confirmation of the company’s resurgence.

Intel also had a big showing at Computex the day before AMD with a multitude of innovations for PCs in different form factors and performance profiles.

Intel’s first announcements included their newest generation of low-power Whiskey Lake U-Series and Amber Lake Y-Series processors that will be featured in as many as 140 new 2-in-1s and laptops coming this fall and winter. Intel also announced a couple of new desktop processors including the up-to 5 GHz boost Core-i7 “8086” which is a Limited-Edition CPU to commemorate 40 years since the introduction of the 8086 processor, the genus of x86 computing. Intel also showed off a 28-core processor running overclocked at 5 GHz, which appeared to be a hedge against AMD’s 32 core Threadripper chip which was announced the next day. Intel was light on details about the chip’s actual name, cooling needed, base clocks or availability.  Intel deservedly took a lot of heat on the lack of 5GHz overclocking disclosure but it’s good to see Intel putting efforts into the highest-performance desktop products. 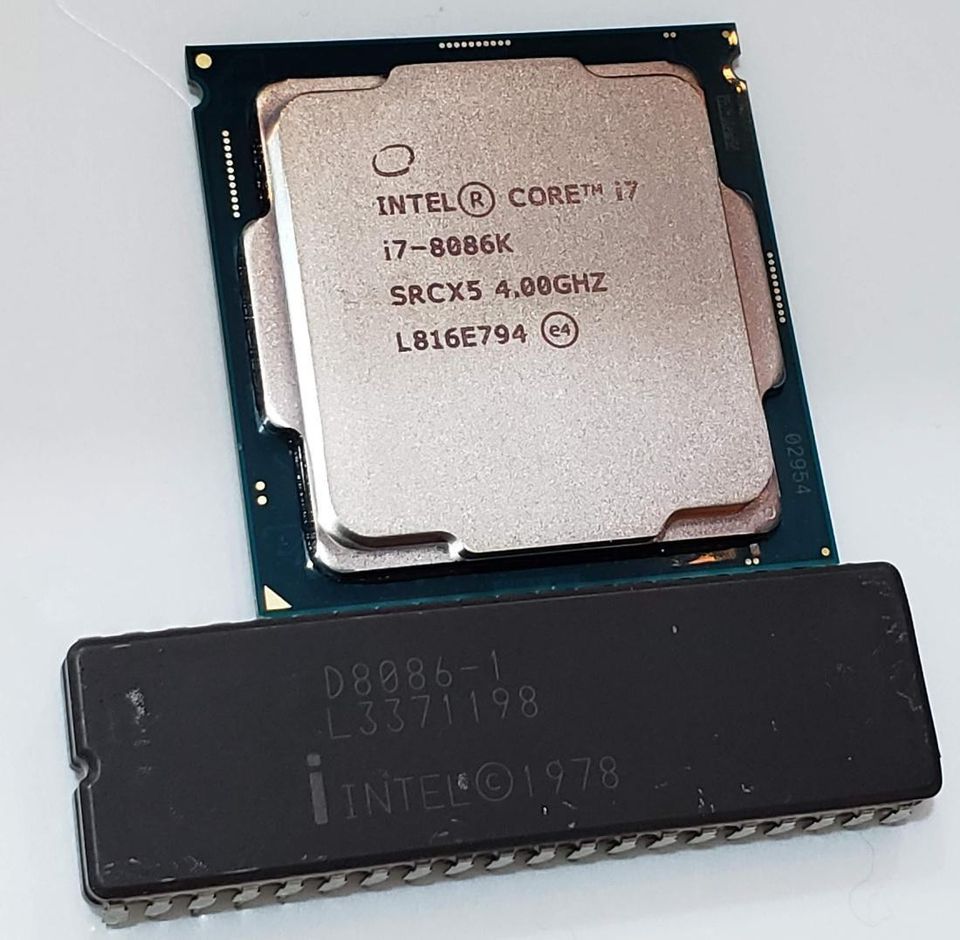 Looking forward, Intel also gave updates on their 4G-connected PCs with ten more coming in addition to the 25 already in the market. This is an impressive number, but it is unclear how many support “always-on” capabilities.

The company also announced some major display innovations to save power in partnership with Sharp and Innolux that enable an additional four to eight hours of battery life by lowering panel power from two to one watt. None of the power to quality trade-offs were disclosed so we will need to dig into that in the future. This would be an interesting judo move on Qualcomm to reduce its battery life advantage, but again, we need to dig into the details and see what compromises need to be made and what it’ll cost. 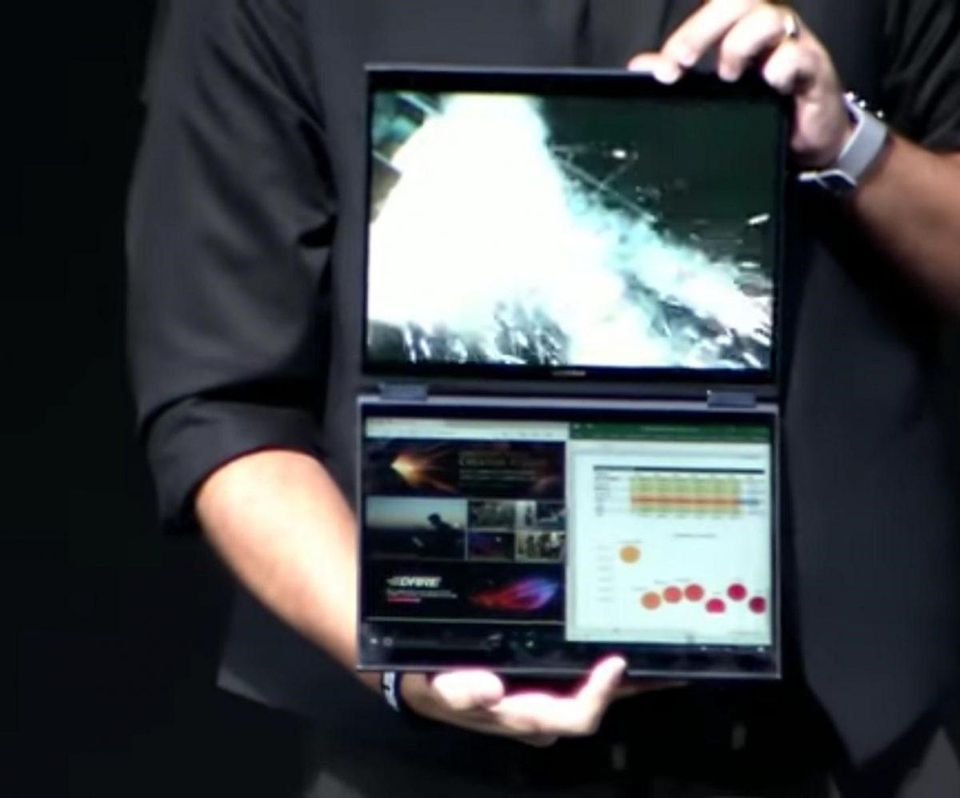 Intel along with ASUS showed off a concept PC called Project Precog which is a convertible 2-in-1 dual display notebook. Another dual-display notebook, the ASUS ZenBook Pro was shown off which features a 5.5” display inside of the touchpad for unique UI and dual-display-like user experiences. The ASUS Precog project is not a new concept, as companies like Acer already launched a similar product in the past called the Acer Iconia 6210 Touchbook, but back then Windows was an entirely different operating system, and PCs were not as touch friendly. I’m still not convinced that dual display PCs are ready for prime-time, but there’s a chance that technology and user interfaces can improve to a point where it’s a good experience. “Book-mode” is interesting as it enables portable dual monitor, which could solve many problems for gig-workers and jet-setters.  “Courier-style” devices are compelling given just how many people still take notes with a legal pad. I’m looking forward to seeing more designs out into the market, so the industry can innovate and improve upon them. Intel is working hard with their partners to enable new and unique user experiences on the PC, and the company is to be commended.

Qualcomm’s Computex focus was primarily around Windows on Arm and enabling their partners to move onto the second generation of products. This announcement included the new Snapdragon 850, the second generation of Windows on Snapdragon. The Snapdragon 850 is the fastest stock chip that Qualcomm has ever offered and is custom-designed to cater to the needs of the Windows ACPC (always connected PC) platform. The 850 introduction is why Qualcomm did not announce the Snapdragon 845 for Windows on Arm and instead went for a more focused chip designed for Windows 10 devices. 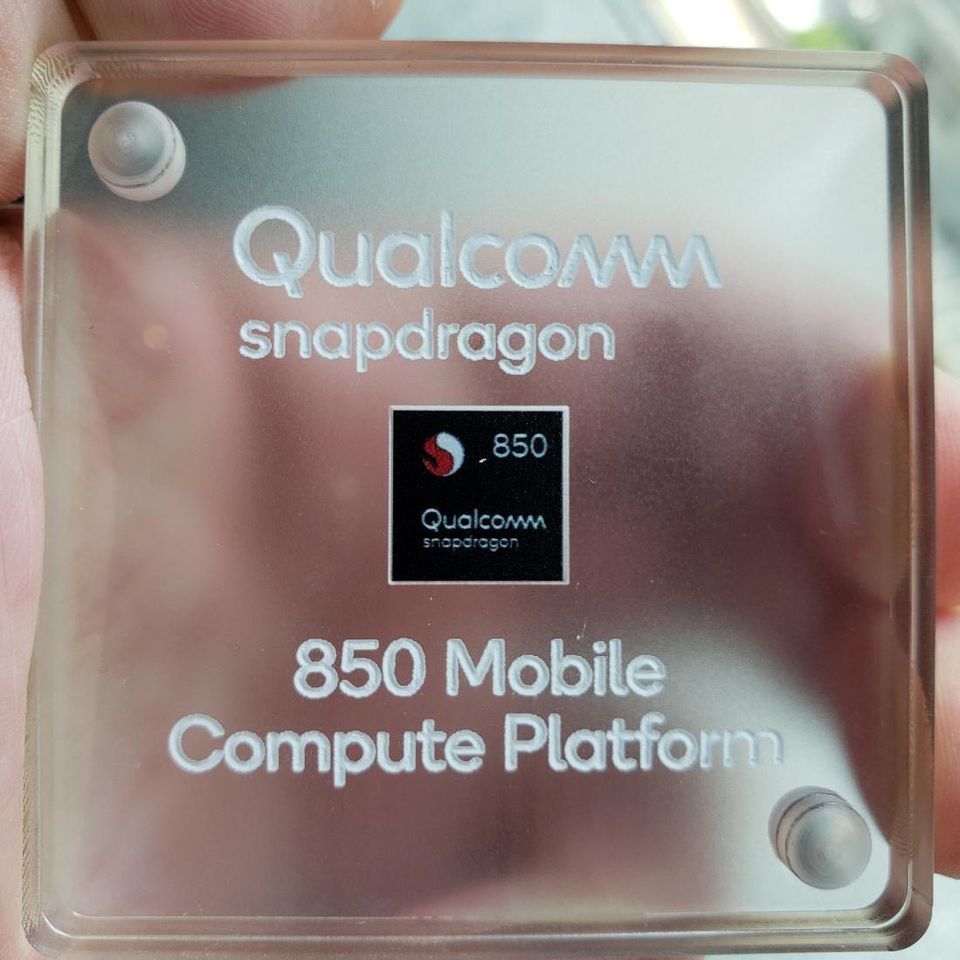 With the 850, Qualcomm is also claiming a 3X AI performance improvement as well as a 20% improvement in LTE performance with a peak theoretical throughput of 1.2 Gbps versus the previous generation’s 1 Gbps. When it comes to the always-connected PC segment, this is nearly triple the throughput its competitor is offering based on public knowledge of what modems are used in current always-connected PCs. With this new Snapdragon 850 chip, Qualcomm was able to gather another major partner in Samsung Electronics, joining Asus, HP Inc., and Lenovo who are also onboard with the second generation as well.

Computex 2018 has shown us that the PC ecosystem has reignited some old rivalries and created new ones. With the core wars happening at the high-end between AMD and Intel and the Always Connected PC battle happening in the 2-in-1 segment, we are really starting to see some real competition. New dual display designs are interesting but untested, but I believe there is a pony in there somewhere.

The beautiful thing about the rebirth of the PC segment is that we can likely expect even more competition, investment, and innovation down the road with more aggressive performance and designs. Even though traditional PCs growth may be waning, the high performance, gaming, premium, always-connected and convertible segments continue to grow and bring excitement to the PC platform.