This week I close out my examination of Cisco Systems’ CSR (corporate social responsibility) programs, with a closer look at one of their flagship initiatives—the Cisco Networking Academy referred to as “NetAcad”. This follows my holistic look at the CSR program and my deep-dive on TacOps and community partners. In terms of tangible impact, this 20-year old Cisco Networking Academy program is truly impressive and as it relates to Cisco Systems’ entire CSR program, this is the easiest one to link to the core business. Let’s dive in.

Cisco Systems’ Networking Academy refers to themselves as “the world’s largest classroom,” and that’s pretty apt. By partnering with schools, governments, and non-profits around the world with approximately 9,000 academies in 170 different countries, NetAcad trains around 1 million students per year in information and communication technology (ICT) skills.  Concurrently, the Networking Academy focuses on providing students with the communication, problem-solving, and collaborative skills necessary to succeed in the workplace

Since the program’s inception in 1997, the Networking Academy has trained more than 5 million students worldwide. According to Cisco Systems, 69% of their students went on to obtain a new or better job, increased responsibilities, and/or higher pay. That’s really impressive. One particular program in Saudi Arabia has a job placement rate of 97%– another program in Serbia boasts a similarly impressive 85% rate. These impressive numbers considered, it appears they’ve found a winning formula and they’ve stepped on the accelerator. 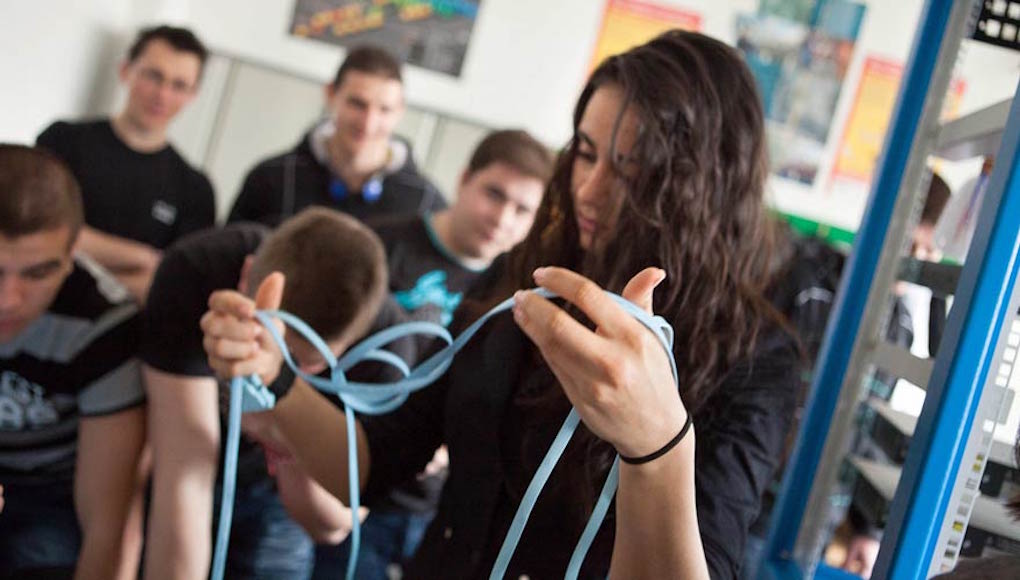 So how exactly does it work? Cisco Systems provides its NetAcad partners, at no cost, with the curriculum, network simulation and visualization tools, online assessments, and professional development for instructors (amongst other things). On the other side, their NetAcad partners provide classroom facilities, computers, networking lab equipment, and qualified instructors. The courses follow a blended learning model—part classroom instruction and hands-on activities, part virtual environment. The foundation of the program is their cloud-based online learning environment, Cisco NetSpace—students can interact and work together with their classmates and instructors through social media, mobile, and video. It’s pretty clever, really. This model keeps millennial students engaged by incorporating the tools many of them already use in their day-to-day life.

The crown jewel of Cisco Systems’ offerings is their Cisco Certified Network Associate curriculum, or CCNA for short. More than 80% of NetAcad’s students enroll in these courses. Students work to develop a knowledge of routing, switching, network applications, protocols, and services. It’s aligned to industry recognized certification—which is what potential employers are looking for.  This curriculum can be a gateway to a number of careers—network technician, support engineer, network administrator, network designer, network engineer, amongst others. 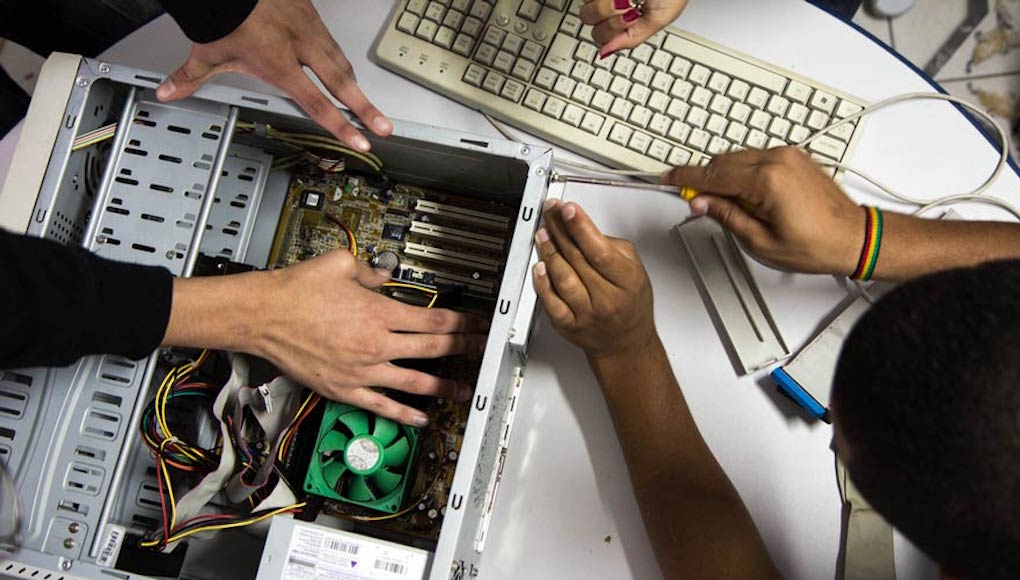 Another newer course, their Introduction to the Internet of Everything (IoE), is an overview of the concepts of the IoE economy—how it can transform information into economic opportunity and bring together operational technology and IT systems. Students learn how the IoE will affect business processes for evaluating and solving problems in the future. IoE security concerns are also a main topic of instruction.

Their “Be Your Own Boss and Entrepreneurship” courses focus on teaching students how to become successful business owners. The former has an emphasis on the idea of being what Cisco Systems calls a “technopreneur,”—putting creativity to work to develop market-ready business plans in the tech industry. The latter focuses on more macro ideas of entrepreneurship: enhancing your self-confidence, motivation, leadership skills, and financial literacy. In this course, students learn about starting various types of businesses.

The economic benefits of this program are pretty obvious—Cisco Systems is bringing boatloads of new ICT professionals into the workforce every year to meet the rising demands of today’s increasingly interconnected workplace. The more people who are educated on networking and specifically Cisco networking, the stronger networking is as a craft, but more importantly, Cisco networking. No doubt about it, it’s good for Cisco’s business.

What makes this program really neat though, is the human element. As I mentioned several weeks ago, NetAcad primarily targets economically underserved communities, giving real job opportunities to populations in need. The program can be a saving grace to those struggling to escape poverty in the developing world where ICT jobs are booming, but there aren’t enough trained professionals to fill them.

I want to focus on another important element of NetAcad, fighting gender inequality. One of Cisco Systems’ Networking Academy target areas is the problem of global gender inequality—women are less likely to get technical degrees, get hired and promoted, and on average earn less than their male counterparts.

Back in the early 2000s, the Jordanian government decided to tackle this issue head on by partnering with Cisco and UN Women to create the Achieving Equality in the ICT Sector (E-Quality) program. The program installed the NetAcad curriculum in 14 high schools and universities across Jordan, actively recruiting women with scholarships to ensure 50% enrollment. Though the program officially ended in 2014, its impact is tangible—today Jordan is a global leader in IT, and female employment in the sector has grown from 12 up to 30%. In 2014, there were 20 active Networking Academies in the country, of which women made up 47% of the enrollment and 25% of the instructors. There’s still much work to be done in the realm of global IT gender inequality, but these are some pretty impressive strides. On a similar front, Cisco supports the international Girls in IT day every year in April—Cisco Systems employees worldwide spend the day with girls 13-18 to encourage them towards STEM (science, technology, engineering, and math) education and career paths.

NetAcad students have also put their ICT skills towards some truly fascinating business endeavors. Cisco France, in an effort to stimulate innovation, launched Le Défi Cisco, a challenge to apply technology to social and environmental issues. An entrepreneurship class at University of Lorraine (in Nancy, France) developed an idea for a smart cane for the blind and visually impaired—a stick capable of gathering and conveying information from the municipal infrastructure such as traffic lights, bus locations, and cross walks. Partnering with four other Cisco Networking Academy Students to refine the idea, their pitch went on to win top honors in the challenge.  The students are now real-life business partners.

In conclusion, the global reach and impact of the Networking Academy is truly pretty impressive. These are just a select few of the many success stories NetAcad can claim. For 20 years now, they’ve been changing lives for the better through education and opportunity—just one more example of Cisco Systems’ ongoing commitment to corporate social responsibility. And I think that’s very special, indeed.