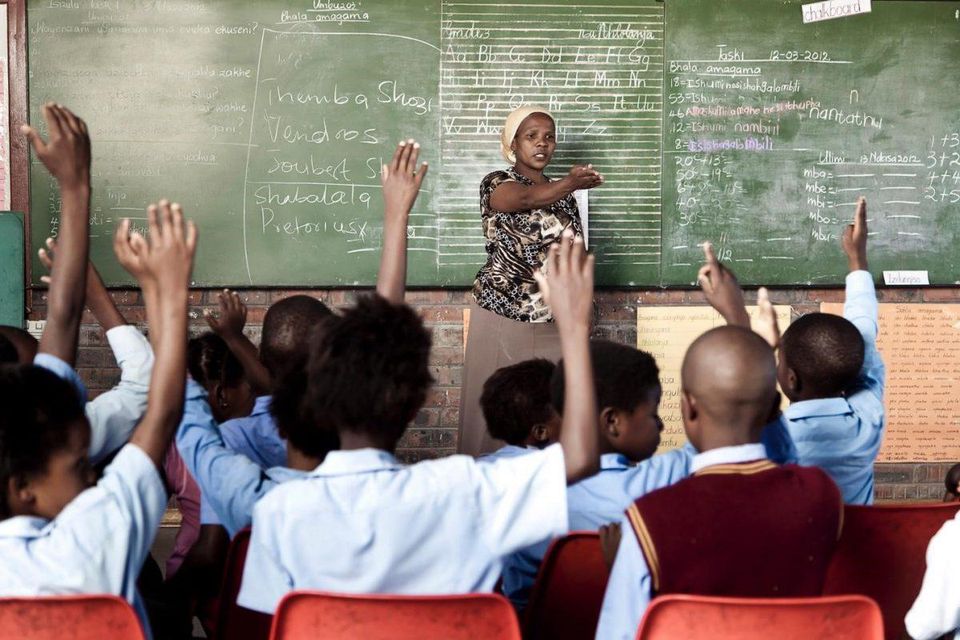 Imagery from “Bridge To Possible”. CISCO

When it comes to corporate brands and campaigns for enterprise tech companies, I believe Cisco Systems is one of the best. This isn’t just myopinion. In the past year, according to Interbrand, Cisco’s brand ranking improved 8% and is #15 on the list of 2018 Best Global Brands. In 2016, shortly after CEO Chuck Robbins took the helm, Cisco unveiled its “There’s Never Been A Better Time” campaign of technology optimism (see my coverage here). The campaign put Cisco’s vaunted social impact front and center and positioned the company as both a global networking leader and a technology visionary. Now Cisco is unveiling a refresh to its global brand, a new campaign called “Bridge to Possible,” and I’d like to take a closer look at the campaign and its significance. I got the chance to talk with both Cisco’s Karen Walker, SVP and CMO and Michele Janes, VP of Global Brand and Marketing, to get the rundown.

What’s in a brand?

As I’ve written before, a corporate brand should speak volumes about a company’s mission and differentiation. It needs to be distinctive, differentiating, and true. You may laugh when I say “true,” but many company’s brand efforts fail as they are trying to achieve too much to improve on attributes that the company doesn’t have permission to own. As Cisco says, its brand is a declaration of who Cisco is and what it does—past, present, and future. A good branding campaign ties together a company’s business, people, and overall vision.

In Cisco’s words, the “Bridge to Possible” represents Cisco’s commitment to connect people, places, ideas, and things across its secure network. It’s about the good that Cisco enables with its technology, which it sees as the bridge to addressing the world’s challenges. Cisco says this branding demonstrates how the company’s commitment to the greater good touches all aspects of its business strategy and decision making. At its highest level, I think “Bridge to Possible” provides a wider canvas to lay in proof points than “There’s Never Been A Better Time.”

Beyond that, though, the “bridge” has special meaning for Cisco as a company. Cisco has deep roots in the Bay Area—the company’s name itself was derived from San Francisco, and its logo is based upon none other than the Golden Gate bridge.

How is Cisco making a difference?

As I said, all branding activities need to be “true.”  There are countless ways in which Cisco is building the bridge. There’s its Tactical Operations team, which works tirelessly to restore communications to areas affected by natural disasters (read more about what I wrote here). Then there are its attempts to digitally transform cities and the way governments deliver services to its citizens. Its networks power stock markets and global financial exchanges, help deliver food to the hungry and sponsor iconic cultural events such as the Olympics.

One of the biggest ways Cisco seeks to build a bridge to “the possible” is its steadfast commitment to retraining the global workforce with job skills for the digital age.

There’s no bigger example of this than Cisco’s global Networking Academy, the company’s 20+ year flagship social impact program that partners with schools, governments, and non-profits across the world to train nearly 1 million students a year in IT (see my deep dive on the program here). As of 2018, it had trained approximately 9 million students since its inception in 1997. I love that Cisco was investing in social impact before it became “cool and trendy” and a way to attract millennials.

Cisco is one of those companies that is doing so much, everywhere, all the time that it is hard to fit it all into a single column. Its partner program is one of the largest, most innovative in the world, operating almost like a VC. I did want to hit on a few specific examples that do a good job of illustrating Cisco’s status as a global “bridge builder.”

One great customer example is the modernization efforts underway at the Port of Shanghai. The Port of Shanghai is the largest, busiest port in the world, and rapidly growing. To give you an idea of the scope, it handled over 40 million containers in the year 2017. To meet the demands of a growing influx of ships and containers, the port began its digital transformation in 2017, with the goal of becoming fully automated and fully intelligent.

To this end, it put into place an intelligent port automation system, which runs on Cisco’s HyperFlex solution and promises to increase the efficiency of all of the port’s resources. It’s seeing impressive results so far, purportedly enabling a 200% increase in compute and storage infrastructure performance and increasing port cargo handling efficiency by 30%. Similar modernization efforts are underway at Europe’s largest port (by cargo tonnage), the Port of Rotterdam. Cisco and IBM are partnering there to help the port modernize and achieve its goal of hosting autonomous ships by 2030. 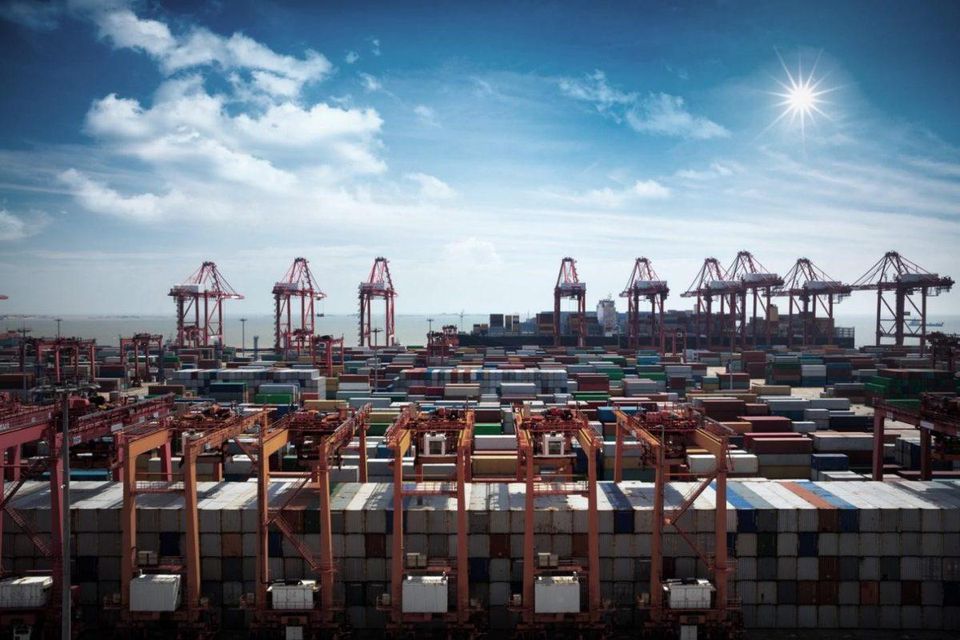 Cisco’s partnership with Living Goods is another great example of how the company is putting its technology to use to make a real societal impact. Living Goods is an organization that is seeking to revolutionize healthcare and wellbeing in Uganda and Kenya. It does so by empowering networks of health entrepreneurs who travel door to door to educate families on health issues and sell low-cost health and household goods—treatments for malaria and diarrhea, water filters, solar lights, and more.

Cisco funded the development of a mobile technology platform for Living Goods, which it says enables its community health promoters to be more efficient and offer more services to the communities they serve. Cisco says this technology can enable one of Living Goods’ Community Health Promoter (CHP) to service as many as 500-1,000 people. It can also utilize SMS to register pregnant women and newborn children, promote healthy pregnancies via text, and provide a variety of reminders and notifications to customers (follow-ups for disease treatment, tips on upcoming sales, health tips). 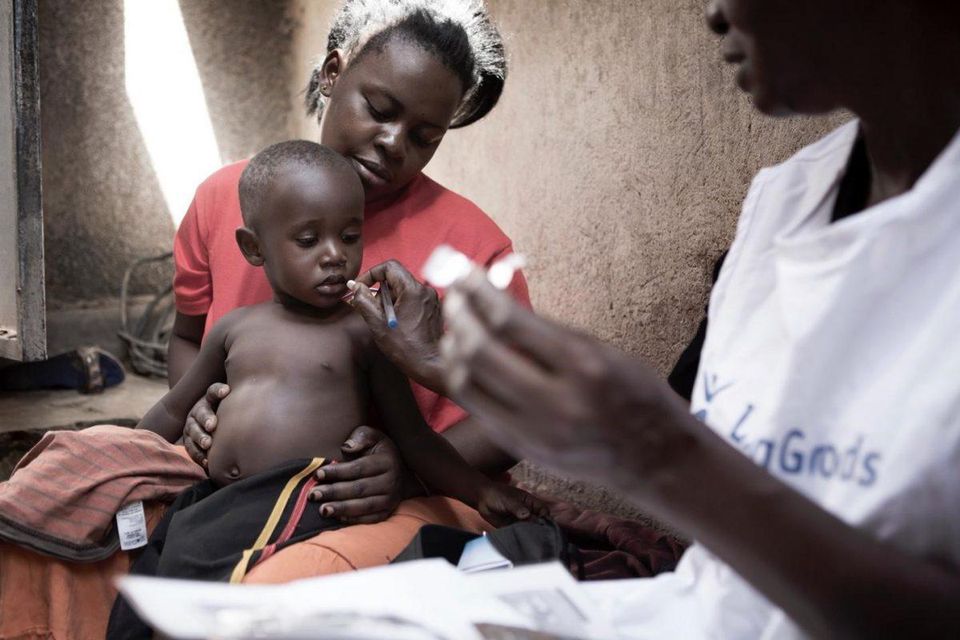 These examples just begin to scratch the surface of Cisco’s global impact. It also partners with Global Citizen, an organization that seeks to connect people across the world who are committed to taking leadership on the world’s biggest challenges. Earlier this year, Global Citizen and Cisco announced they were coming together to found the Global Citizen Prize for Youth Leadership designed to recognize a young person deemed to have advanced one or more of the Global Goals set forth by the United Nations.

It’s also currently partnering with Australian start-up Local Measure to help digitize the customer experience at the iconic Sydney Opera House. Cisco says that it is putting technology in place to allow customers to respond in real-time to customer “touch-points,” utilizing its network, locational data, and video content. The list of projects that bear Cisco’s fingerprints goes on and on.

I think the company’s new “Bridge To Possible” campaign is spot on and does a great job of encapsulating everything Cisco stands for. Cisco is the global leader in enterprise networking, rapidly morphing into a software and security leader, and through its partners and customers, continues to leverage its position and technology to help solve the major challenges facing the globe today. I liked “There’s Never Been A Better Time,” but I like “Bridge To Possible” better as it provides a wider canvas to use customer, employee, and social impact examples.

Best of all, it is Cisco, who in a world of do-gooding Silicon Valley pretenders, has been delivering the goods for decades.

Every campaign needs a sizzle reel and here is Cisco’s below: