Before I created my technology industry analyst business, I worked over 20 years in F500 technology companies running products, strategy and marketing. As an employee and as a stint running corporate marketing, what became apparent was that there were companies who “pretended” to do CSR and those who manage it like a business. Cisco Systems’ Corporate Social Responsibility (CSR) program, as I wrote here, is impressive. It is the most comprehensive CSR programs I’ve examined, aligned and prioritized to business goals, and is run like a business with real metrics and accountability.

One of the most differentiated aspects of Cisco’s CSR program is called TacOps (tactical operations)—Cisco Systems’ own first response team who work to establish emergency communications in the wake of disasters worldwide. I mentioned TacOps previously while talking about Cisco’s CSR program, but this week we will take a closer look at TacOps and delve into more specifics of how Cisco is really changing the face of emergency communications.

The CliffNotes version of the history of TacOps is that they were started in 2003 with the original purpose of military support. After Hurricane Katrina struck New Orleans in 2005, they shifted their focus to become an exclusively humanitarian assistance/disaster relief team. Cisco Systems’ disaster response efforts had previously been relatively uncoordinated, but since their repurposing, the TacOps team has come a long way to bring order to the chaos. They’ve become increasingly mobile, first with the introduction of the Network Emergency Response Vehicles (NERVs) in 2007, and more recently with their portable emergency communication kits (ECKs). Their first international deployment was to the Haiti earthquake in 2010, and to date they have assisted in over 30 disasters worldwide. Their innovation and expansion shows no sign of slowing.

Small team with an “attack” mentality

It was explained to me that one of the things that has always given TacOps their edge is that they possess what I call an “attack mentality”. They are some of the first technology boots on the ground in the event of a disaster, with the ability to deploy within 72 hours—arguably the most critical time period for disaster response. The ten engineers and operations coordinators that make up the team have years of combined experience in military operations, planning, logistics, and emergency medical response. 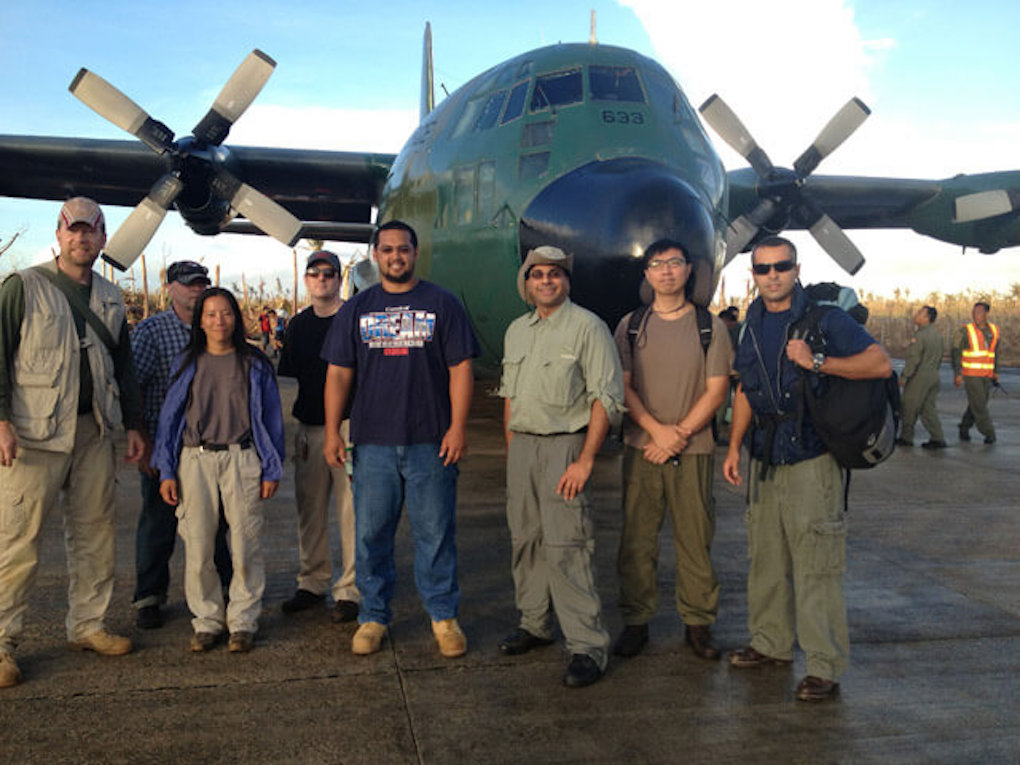 The crew is led by the multi-talented Sue-Lynn Hinson, a volunteer firefighter of 20 years, who previously spent 10 years as a Cisco IT software developer. Full-time Cisco Systems TacOps members typically deploy for 2 weeks at a time or less, in the interest of keeping the the crew rested and ready. Employee volunteers with Cisco’s Disaster Incident Response Team (DIRT) can sign up for tours as well—it doesn’t even count against their vacation time. With their extensive planning, protocol, and use of operations centers, I would say they sometimes bear more resemblance to a military operation than your typical first responder organization. I think it’s this aspect that has made them such an effective outfit.

Though their NERVs are typically too big and heavy to transport internationally, the TacOps team has a whole other set of tools for international emergencies—one of the newest being the Rapid Response Kit (RRK). The kit was developed in the aftermath of Typhoon Haiyan in the Philippines to address the issues associated with heavy, power-hungry branch-in-a-box solutions. The RRK is based on Cisco Systems’ Meraki cloud architecture the RRK and was a giant leap forward. Ms. Hinson told me that it increases efficiency and reduces operational costs by bringing a range of state-of-the-art capabilities to the RRK: wired and wireless real-time control, client fingerprinting, layer 7 application traffic shaping, just to name a few.

Another potential benefit of Meraki cloud management is that a network engineer is not even necessary on site to manage the network— they can fully manage it remotely while staying clear of potentially dangerous disaster areas.

The RRK is easily deployed and has a low power draw—perfect for disaster response teams who need to quickly establish networks while maintaining a mobile, small footprint. Another perk of the RRK is that in the event of the local power grid being damaged by the disaster, they are able to utilize sustainable, alternative energy sources such as battery packs, solar/wind power systems, or fuel cells. This is really cool.

Security matters in crisis too

The need for secured networks such as Cisco Systems’ in emergency communications is often overlooked and under-appreciated. During the Carlton Complex Fire (a record-setting fire in Washington State in 2014), Cisco deployed emergency networks with security management to protect firefighters and emergency workers’ communications. It was the first time TacOps had deployed cyber protections of this nature, and they were able to detect and mitigate over 30 “high risk attacks” targeting first responders.

According to FEMA, this was the first documented cyber-attacks against a first responder attack surface.

Hastily formed networks often forsake security in the interest of expedience, which is a big problem—the last thing you want to do is leave already vulnerable people exposed to cyber threats. I think Cisco is doing good work on this front.

Cisco is also currently lending their support to the ongoing Syrian refugee crisis in Europe. Over the past several months, TacOps members and DIRT volunteers from the U.K. have  deployed to more than 17 sites along the refugee migration route to install Meraki-based WiFi networks and device charging stations. If you’ve seen some of the sobering headlines of boatloads of refugees drowning, you can imagine how important it is for these displaced people to be able to contact and be contacted by their families to check in and make sure they are alive and well. 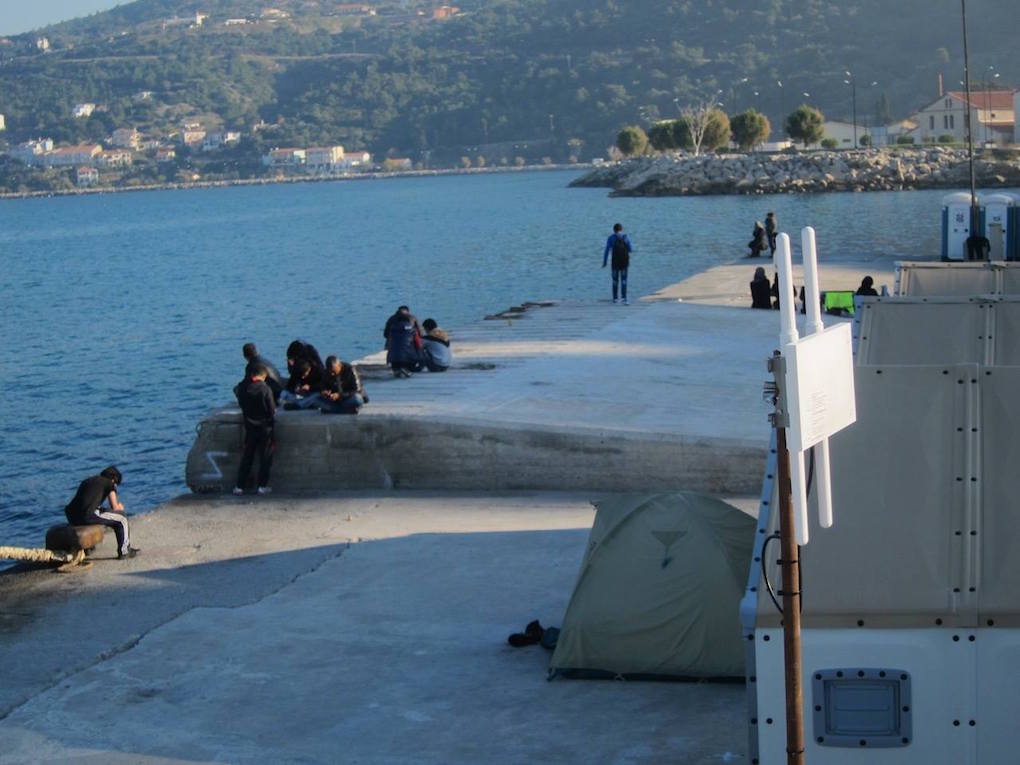 And that’s not all of Cisco’s involvement in the relief efforts—their “Be the Bridge” campaign has expanded to include over 40 organizations responding to the crisis. With the Cisco Foundation matching employee donations, Cisco has in total given over $743,000 to the refugee cause. They’ve also partnered with the City of Hamburg, University Hospital Hamburg Eppendorf, Avodaq, LOVE and SAVD Videodolmetschento and to create the first Cisco-equipped Refugee First Response Center (RFRC) in Hamburg, Germany. Using Cisco gear and online translation services, the center provides medical consultations to refugees. This crisis may continue for many years to come, but it seems as though Cisco and TacOps are committed and in it for the long haul.

As part of Cisco’s CSR program, the TacOps team performs all these duties free of charge. So what’s in it for Cisco. They probably get some business benefits– by working in and learning to adapt to odd environments and situations, they’re advancing their own technologies and gaining product improvements. The attention to their efforts may also help drive sales of their mobile command stations.

As per usual, Cisco is operating under the mantra that what is good for the world is also good for business. While the business benefits of TacOps may not be as tangible and easy to enumerate as they are with their Networking Academy (also discussed in the previous CSR article), it’s definitely a program employees can support and feel proud of when they ask themselves, “how can my company, Cisco, help.”