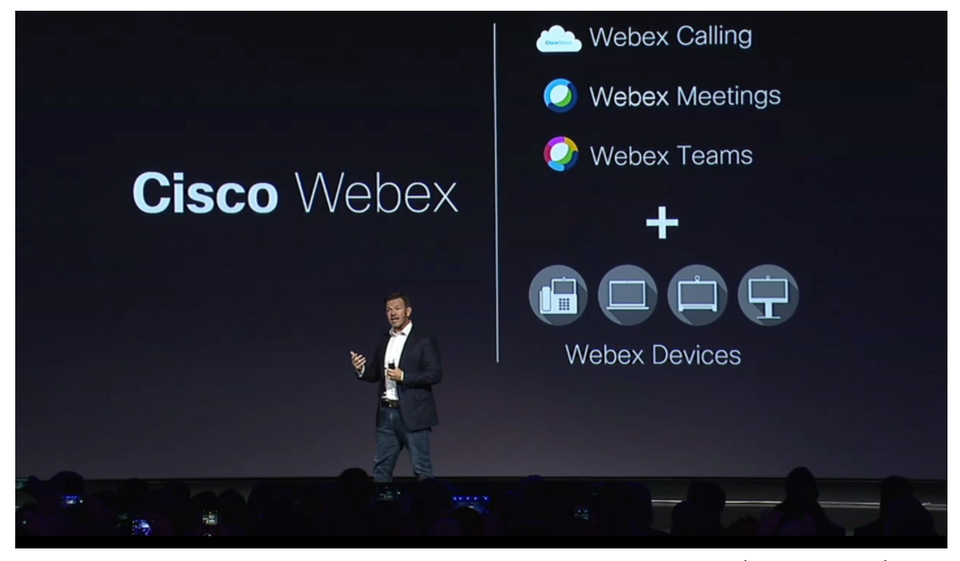 As I covered in my Microsoft Teams analysis here, chat-based tools are all the rage right now in business productivity, collaboration and “future of work” conversations. A lot of them have popped up in the last several years—Cisco Systems Spark, Facebook for Work, Flock, Google Hangouts Chat, Slack, and Microsoft Teams, to name the players so far. They are all similar in that users stay “in-context” on one screen versus context switching between applications. Also, note the real long-term goal of this is devising ways of doing workflow and process in a simpler, more intuitive way versus using Oracle, SAP, or email. These tools seek to cater to the needs of younger and very mobile workers who are very comfortable with chat-based interfaces, since they’ve used text, iMessage, Facebook, and Twitter. These tools work well across PCs, tablets, and smartphones, as pure multi-tasking isn’t really a “thing.”

Last week, it was Cisco Systems’ turn at the plate to take a swing. The biggest question I had going in was, does Cisco Systems have what it takes to compete with Microsoft, Google, Slack, and small upstart, Flock? For the most part, I got that question answered.  Let’s take a look at what was announced. 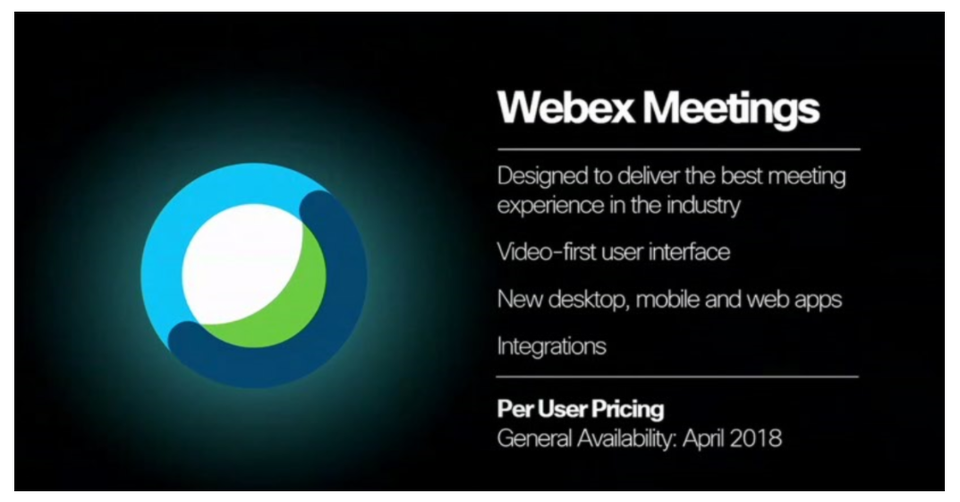 The first announcement was branding—all Cisco Systems collaboration tools now go by the name “Webex”. On that note, Cisco announced at that it would be converging its Cisco Spark and Webex platforms into a new Webex Meetings application and a team collaboration application called Webex Teams. First, let’s talk about Webex Meetings. The new Webex Meetings is designed, in Cisco’s words, to be “video first”—a must, in my opinion, for modern collaboration. The convergence of Cisco Spark meetings and Webex meetings is more than just a branding move—Cisco says it will significantly streamline its meetings capabilities. Up until now, Cisco Spark had “Spark meetings,” which were powered by servers in public clouds, and joinable only from the Cisco Spark app. Meanwhile, Webex meetings were its own entirely separate thing. Now all meetings take place in Webex and are supported in the back end by Webex’s reliable backbone IP network, which are crucial for high-quality video meetings. I’ve been a big fan of the scalable quality of Vidyo driven by its architecture and CODECS, but I’m willing to keep an open mind about the new Webex. Meetings are joinable from both the Webex Meetings app and the Webex Teams app. 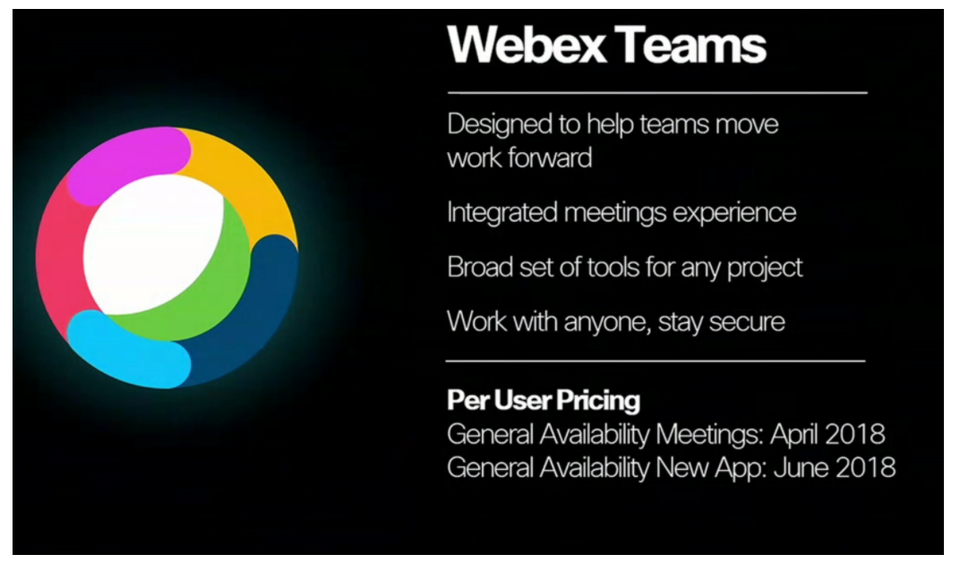 This brings us to Webex Teams, which is essentially the updated, rebranded version of Cisco Spark. Cisco says Webex Teams brings a “richer” set of tools, which includes features like whiteboarding, persistent messaging, simple guest access, content sharing, and more. One big new feature with Webex Teams is the ability to collaborate securely with other companies and individuals. While other companies frequently tackle this problem by asking administrators to make guest accounts, Cisco says this is a security risk as well as a hassle—these guest user accounts allow users to share potentially confidential information outside the company in a way that sidesteps compliance tools (inadvertently or intentionally). The Webex Teams approach doesn’t have these guest accounts—instead, B2B collaboration is built in, with all Webex Teams users residing in a single cloud instance, one account per user. With this feature, Cisco Systems is claiming to be the first to offer truly “secure” multi-company collaboration. I will need to dig into this as I doubt that Microsoft architected their guest access to not be secure. 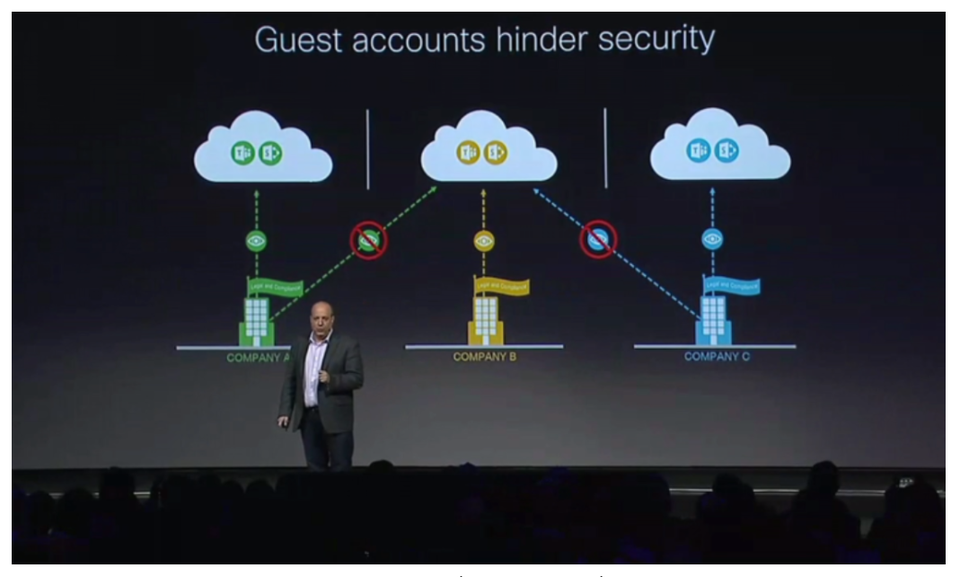 Additionally, Cisco announced a Webex Meetings integration Microsoft Teams. I’ll say that while the integration with Microsoft is nice, it’s only a linking relationship; it takes the user out of the thread and into a browser. I’m glad that it’s there, but it’s sub-optimal in my opinion—I hope this gets addressed in future iterations.

I do like the deep integration of Microsoft PowerApps into Webex meetings. I’m curious about whether we’ll see more deep integrations with Microsoft and just how cozy the two of them are willing to get. Strategically, this looks like Cisco is embracing their “frenemies” and wants to work with competitive products like Google Hangouts Chat, Microsoft Teams, and Slack.  Cisco also announced at the event that it was in the process of developing additional integrations, which I look forward to seeing. You see, when it comes to integrations, the devils is in the details and what is key are the user experiences. 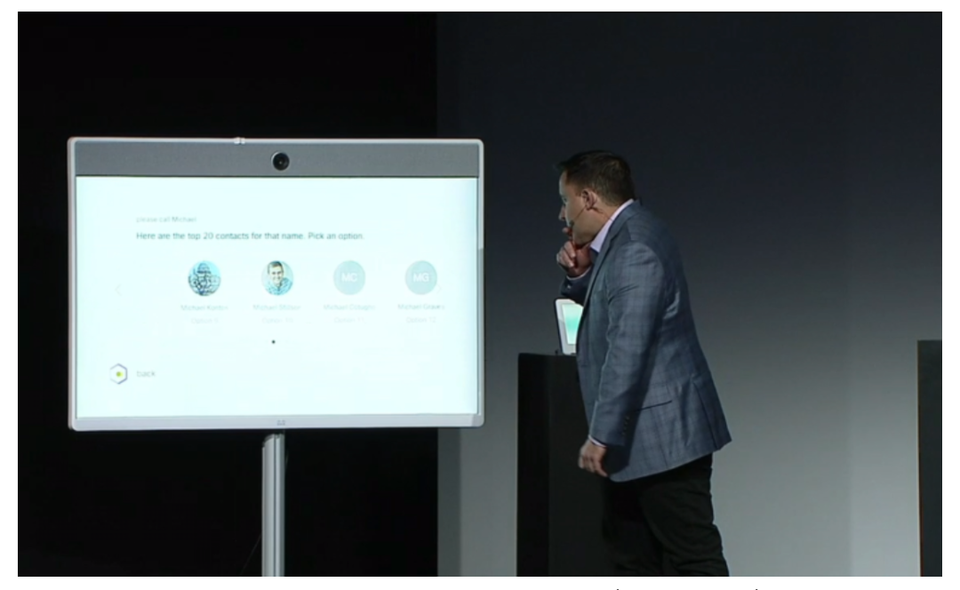 Cisco demonstrated the Webex Assistant on the Webex Board

Along with the Webex rebranding, Cisco announced that Cisco Spark Assistant would now be known as—you guessed it, the Webex Assistant. Webex assistant is essentially a Siri, Google, Assistant, Alexa, Cortana, etc. for meeting management and calling people. The assistant leverages the powerful Webex graph in order to get better info faster, part of Cisco’s stated journey of injecting artificial intelligence into “every meeting, every call, every conversation, and every interaction you have.” Cisco name-dropped NVIDIA Jetson and AI many times throughout the event, using it as a proof point that it has good AI. That’s smart as NVIDIA is synonymous with AI right now.  I think Webex Assistant is poised to fill an important niche—we really do need better assistants for business communications. Take it from someone who is communicating constantly for work.

Webex share is an Amazon Fire Stick for business

Cisco also announced an interesting new little piece of hardware, the Webex Share. Available in Winter 2018, the Webex Share is a dongle that allows teams to turn any old conference room TV into a Webex Teams space for collaboration. Think of it as an Amazon Fire Stick or Google Chromecast—except for businesses. The Webex Share consists of an ultrasonic emitter for pairing, a microphone for presence detection, HDMI (1080p 30fps), a USB-C to PoE Class 2 adaptor, 802.11ac wireless with enterprise-grade security, and room scheduling capabilities. I think this device makes a lot of sense—my only worry is that it will be easily ripped off or moved.

Wrapping up
All in all, this looks to be a valiant effort on Cisco’s part to add features and functionality while maintaining simplicity to keep current customers happy and get new ones. If the Webex announcement was simply a rebranding, I would be worried for Cisco—however, it looks like the new Webex Teams and Meetings apps will bring some needed consolidation, streamlining, and enhancements to Cisco’s collaborative suite. Pair that with a flexible consumption model, a new device that can turn any old conference room into a Cisco conference room, and new and forthcoming integrations with Microsoft, Google, and Slack, and I think Cisco Systems could be on a path to significantly expand its presence and gain some ground. Goodbye Spark, hello Webex.