Every year at CES, there is a slew of announcements from automakers about their latest connected car or their next futuristic concept. However, one thing missing was the chipmakers that make these things possible. Last year gave us a glimpse of what these companies were doing, but this year Intel, NVIDIA and Qualcomm all announced major automotive design wins, partnerships and products. Each company has a different approach to automotive wtih a different focus on the self-driving, connected car of the future and how they plan to enable it. 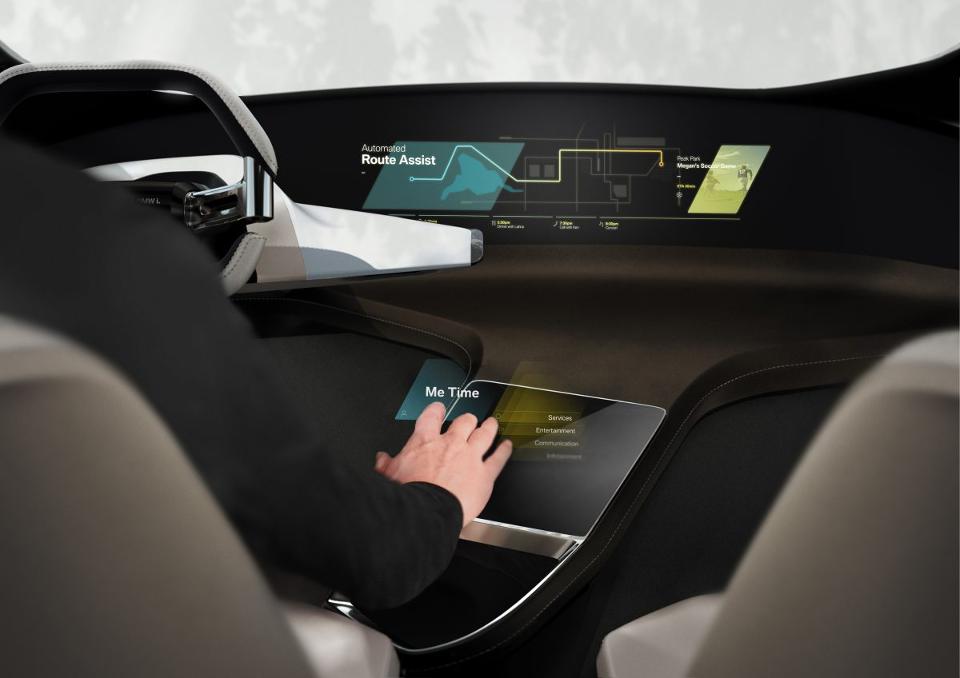 At CES 2017, Intel’s Automated Driving Group launched its first automotive-branded Intel GO solutions. This GO brand describes the company’s compute platform for autonomous driving capabilities, designed to be paired with their connectivity solutions. Intel talked about their new 5G automotive platform, which is designed to enable better V2X connectivity and improve the intelligence of onboard systems, be they Intel GO or not. Intel has already launched their own solution for gathering, processing and analyzing the data from autonomous vehicles and helping auto makers like BMW manage that data. Intel’s datacenter group also has the capability enable autonomous vehicle manufacturers to do their training in their datacenters using Intel technology as well. Intel’s approach to autonomous driving t incorporates the endpoint, connectivity and the datacenter, and Intel believes that they have the most complete end-to-end solution. However, in the automotive industry many auto manufacturers mix vendors all over the place, and I wouldn’t consider this to be the only way of building an autonomous vehicle, but Intel does offer the ‘one stop shop’ option.

NVIDIA showed off their own advancements in autonomous driving as well. NVIDIA’s approach to autonomous driving is more focused on the artificial intelligence (AI) and machine learning aspects of autonomous driving. While Intel has an end-to-end solution, NVIDIA offers their own unique approach that uses GPUs in the datacenter to do training and Tegra chips and GPUs in the car with their Drive PX2 to do inference. NVIDIA believes that they can train the vehicle to do most of its autonomous driving without needing to constantly be connected to the network. For this, they are putting a lot of compute horsepower in the vehicle itself and having it do its own inference to be mostly self-sufficient with the ability to update models via OTA. Because NVIDIA doesn’t have their own connectivity solution for 4G or 5G, they’re dependent on a third-party that the automaker decides to use for connecting to any network. This isn’t necessarily a bad thing, because it means that NVIDIA’s autonomous partners can seek out the connectivity solution that meets their needs and not worry about end-to-end.

Qualcomm, on the other hand, has a more connectivity-centric approach to autonomous driving and arguably has the least mature solution among the three companies. Qualcomm’s own potential datacenter solution can’t even exist yet, because the company is still in the process of launching their server chips. They do, however, have experience in telematics and connected car, thanks to their partnership with OnStar and others. Qualcomm gets automotive connectivity, but they don’t quite get the datacenter yet and they are figuring out the vehicle itself. Right now, Qualcomm has some autonomous driving projects in the works like their competitors do, but they don’t quite have a platform established for autonomous driving yet. They have announced a Drive Data Platform to help create better connected car solutions, better V2X communication and improved environmental mapping. They already have infotainment and connectivity solutions like their new Gigabit-class Automotive LTE. Qualcomm only need the all-important autonomous driving capability, and then they have a complete vehicle solution. Their Snapdragon 820A is currently their latest automotive chip, but I don’t think they or anyone else believes that chip is enough to drive an entire vehicle alone. Their solution may end up looking more like NVIDIA’s but perhaps less compute-intensive, because they’ll still have lots of connectivity and ability to communicate between vehicles and the network. Qualcomm’s vision of autonomous vehicles is also connected to 5G and makes use of the benefits of 5G and their 5G modems.

In addition to major developments and announcements at the show, different automotive partnerships— both autonomous and not—were announced. We already know about Intel and BMW partnering together on autonomous vehicles and they reaffirmed that at the show. NVIDIA announced a partnership with Mercedes Benz to help bring an NVIDIA AI-powered car to market and a continuation of their Audi relationship to deliver AI vehicles on the road by 2020. NVIDIA also has existing partnerships with Tesla Motors since the Model S and Volvo Group since they announced the Drive PX2. Qualcomm is partnered with Volkswagen Group for current and future vehicles and already has a partnership with the Volkswagen luxury brand Audi in some vehicles.

Some of the biggest chipmakers in the world are leaning into automotive, especially autonomous driving. They all have different visions of how to address the computational and data problems that autonomous driving presents, and we will see which vision ends up becoming the predominant one. I suspect that there will be room for all three companies as they continue to work their way into the automotive supply chain and familiarize the industry with their approaches.